NEWS WATCH: Humanoids To Publish All New Graphic Novels in THE INCAL UNIVERSE

Next May Humanoids will publish the FREE COMIC BOOK DAY: THE INCAL UNIVERSE SPECIAL

THE INCAL by legendary writer Alejandro Jodorowsky and internationally acclaimed artist Mœbius was a shot across the bow of graphic storytelling, an epic explosion of staggering art, mind-blowing worldbuilding, and ambitious plotting that combined to make one of the most influential comics of all time. Now, 42 years after its initial publication—and with a major movie adaptation in the works from award-winning filmmaker Taika Waititi—Humanoids will publish all-new original graphic novels in THE INCAL UNIVERSE, building on the original, seminal graphic novel. Next May Humanoids will publish the FREE COMIC BOOK DAY: THE INCAL UNIVERSESPECIAL, which previews three new titles: PSYCHOVERSE by Mark Russell and Yanick Paquette; DYING STAR by Dan Watters and Jon Davis-Hunt; and KILL WOLFHEAD by Brandon Thomas and Pete Woods.

“Four decades after its publication, the world of THE INCAL remains a shock to the system and a transcendent work,” said Humanoids CEO, Fabrice Giger. “This new INCAL UNIVERSE project, to which Alejandro Jodorowsky has given his blessing, will open the door for a new generation of readers to discover all new adventures featuring John Difool, the Metabaron, Kill Wolfhead, and the Incal.”

“The world of the Incal, the Matterverse, is full of strange technology, astonishing worlds, and extraordinary creations,” said Humanoids Publisher Mark Waid. “THE INCAL UNIVERSE titles are designed to drop readers into this universe, just like John Difool was once, in the opening pages of THE INCAL.”

THE INCAL is widely regarded as one of the great achievements of the comics medium, and is the highest-selling science fiction graphic novel of all time:

“Legendary…. Whether you’re an established fan of this iconic book that would go on to influence sci-fi like Blade Runner and Akira, or someone who’s never had the chance to pick it up before, this month’s 40th-anniversary publication from Humanoids offers a perfect chance to experience this masterpiece.”—ENTERTAINMENT WEEKLY

“It’s one of the great comics team-ups.”—Rolling Stone

“One of the single most important works in the entire medium, transcending panel borders to influence film and TV creators like George Lucas, Ridley Scott, and many more…. It’s Jodorowsky and Moebius, two creators who have never shied away from big ideas, playing with the biggest ideas of their career.”—SYFY WIRE

“THE INCAL is entrancing…It crackles with invention: if you like your sci-fi, you’ll love this.” —The Guardian 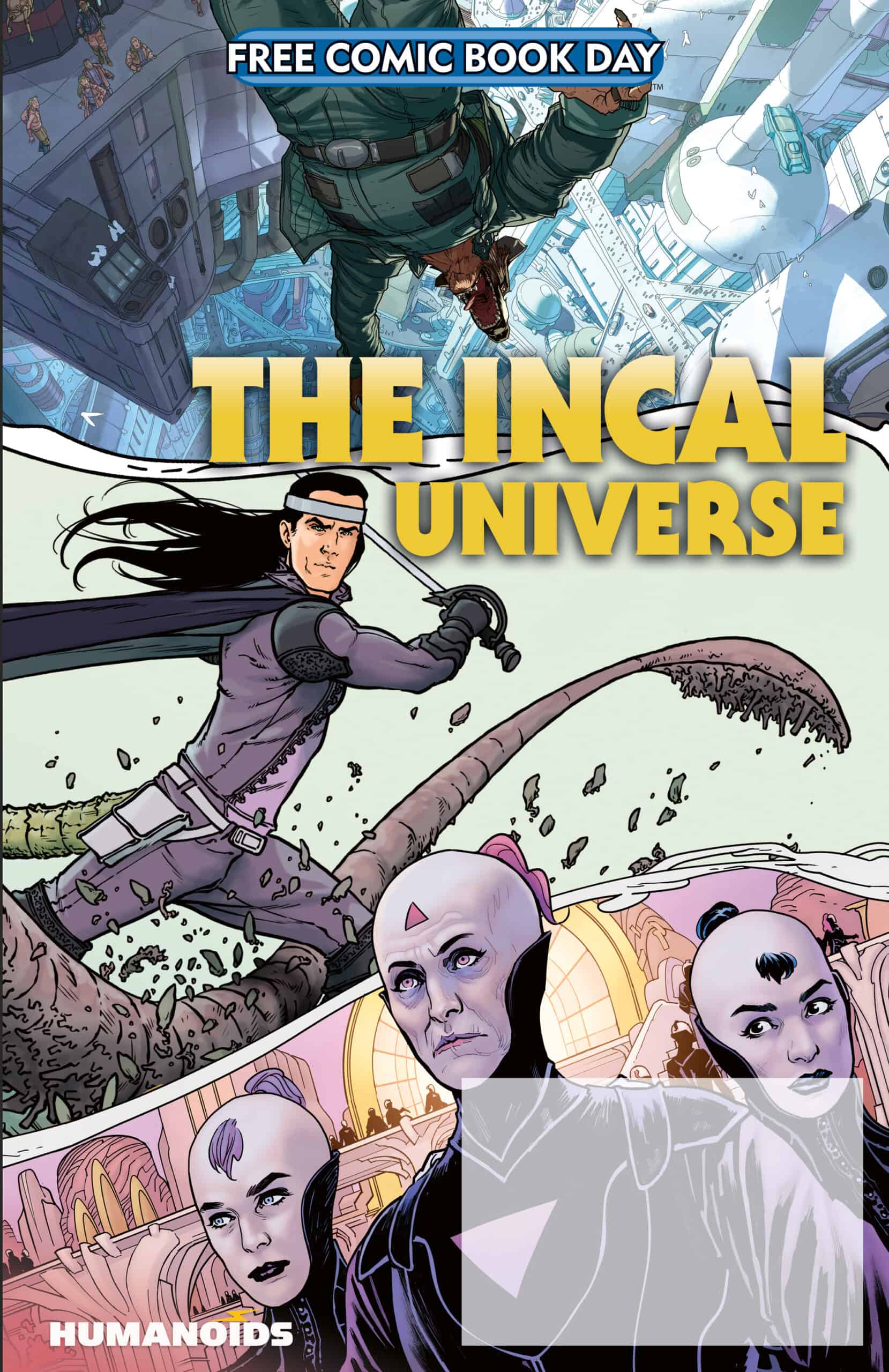 In THE INCAL, John Difool, a low-class detective in a degenerate, dystopian world, finds his life turned upside down when he discovers an ancient, mystical artifact called “the Incal.” Difool’s adventures will bring him into conflict with the galaxy’s greatest warrior, the Metabaron, and will pit him against the awesome powers of the Technopope. These encounters and many more make up a tale of comic and cosmic proportions that has Difool fighting for not only his very survival, but also the survival of the entire universe.

NEWS WATCH: Humanoids To Publish All New Graphic Novels in THE INCAL UNIVERSE