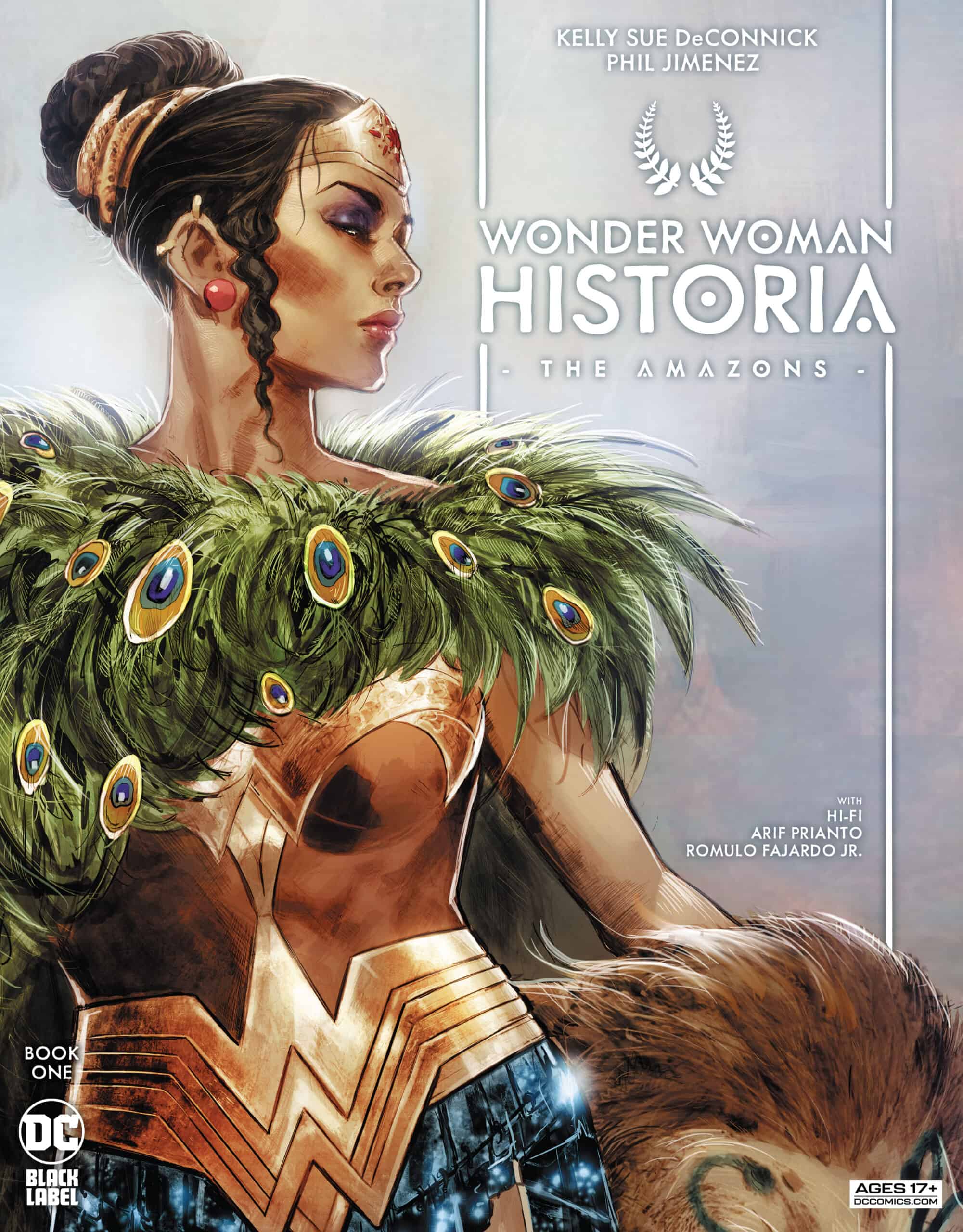 “Keep to the darkness,” Hera whispers. “For the light will be your undoing.”

The wait is over, and the entire story of the Amazons can finally be told! Best-selling DC talent Kelly Sue DeConnick (Aquaman) and Phil Jimenez (Wonder Woman By Phil Jimenez Omnibus) will explore the ancient history of the Amazons, expand the mythology and world of Wonder Woman as we know it, and launch one of the most highly-anticipated releases of the year! One of the greatest DC tales of all time begins on November 30 with Book One of Wonder Woman Historia: The Amazons, a three-part DC Black Label epic spanning thousands of years!

“This book is very much a conversation between Phil and me talking about these characters and what makes them resonant today,” said DeConnick. “We wanted to do a Homeric epic with a woman at the center. We took all the language and iconography that we’re used to in stories about men as heroes and put women at the center. Wonder Woman Historia: The Amazons is like a history book for a young Amazon where she learns the history of her people, from the perspective of her people.”

Millennia ago, Queen Hera and the goddesses of the Olympian pantheon grew greatly dissatisfied with their male counterparts…and far from their sight, they put a plan into action. A new society was born; one was never before seen on Earth, capable of wondrous and terrible things…but their existence could not stay secret for long. When a despairing woman named Hippolyta crossed the Amazons’ path, a series of events was set in motion that would lead to outright war in heaven—and the creation of the Earth’s greatest guardian!

Legendary talents Kelly Sue DeConnick and Phil Jimenez unleash a reading experience the likes of which you’ve never seen with Wonder Woman Historia: The Amazons #1, featuring unbelievably sumptuous art and a story that will haunt you. Design pages featuring notes by Phil Jimenez will complement the reading experience, giving insight into the various Amazon tribes shown above. The Tribe of Artemis — including Antiope — is detailed below alongside the Tribe of Hestia, with more tribes to be revealed when you pick up Woman Historia: The Amazons #1 from your local comic shop; on November 30!

“The thing that excited me the most about this project was Kelly Sue’s take on the mythology,” said Jimenez. “This book also allowed me to rethink the design of the Amazons. I wanted to represent the different types of women around the world. It was important that readers see themselves somewhere represented physically among these women.” 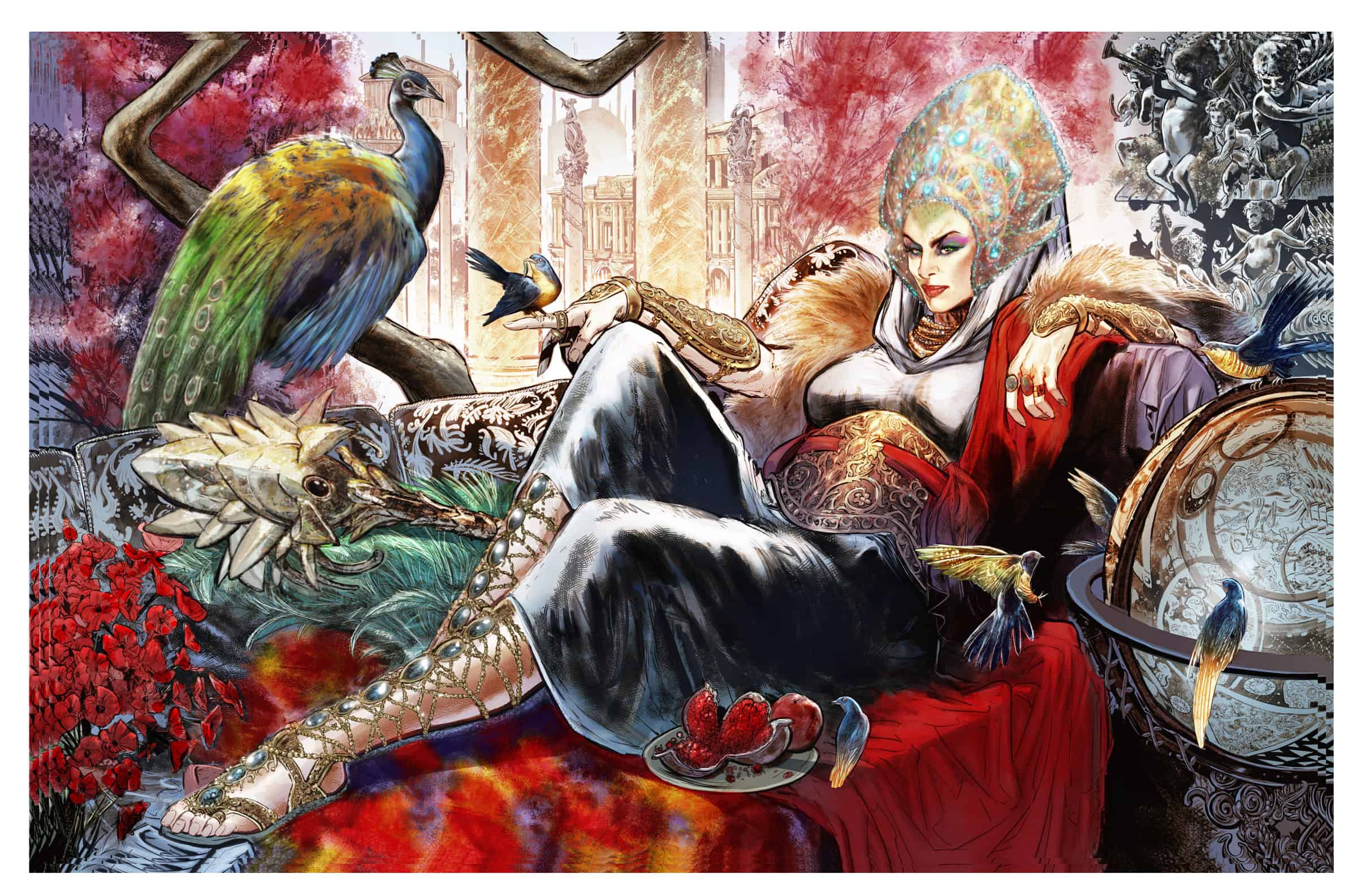 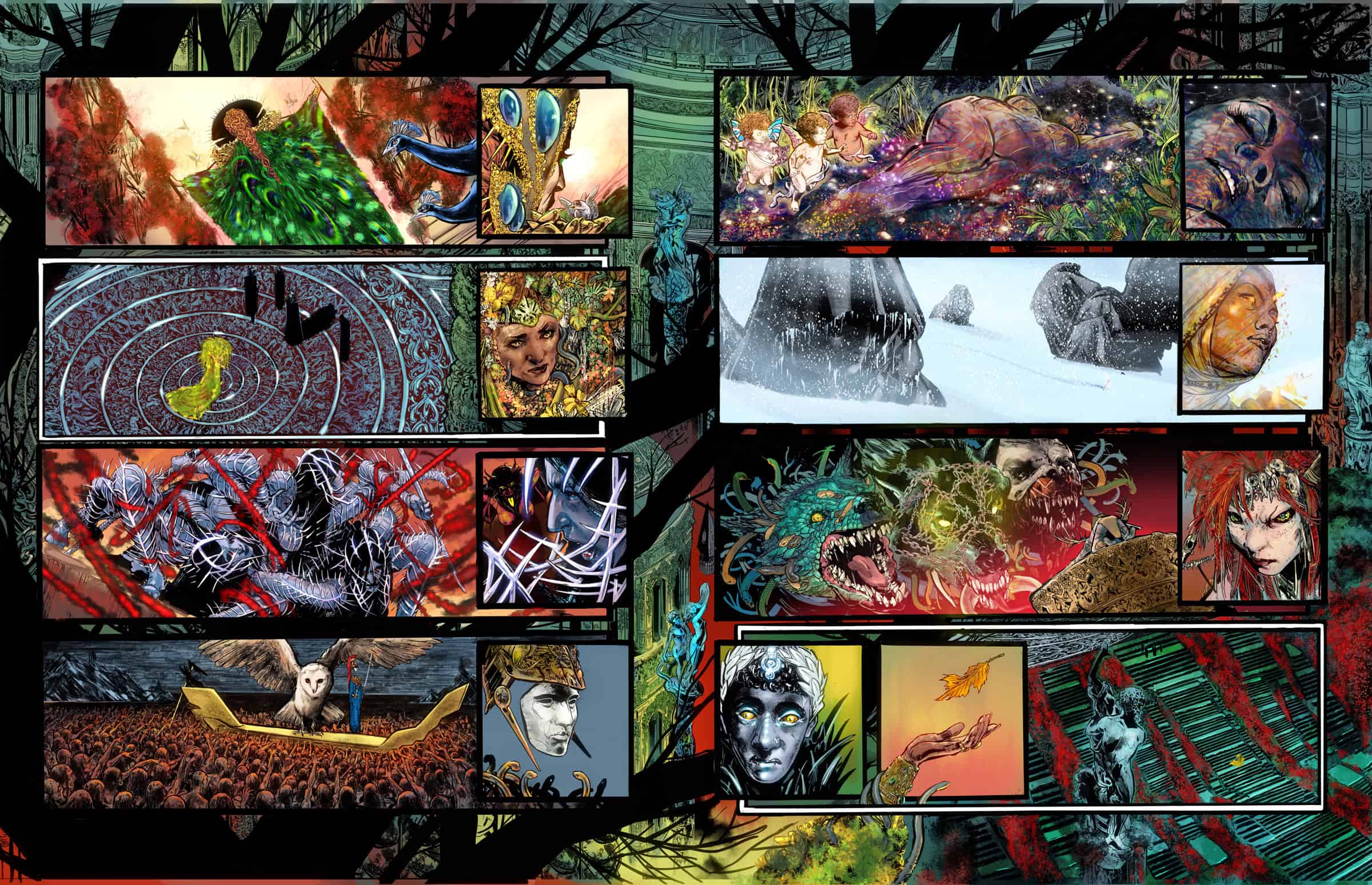 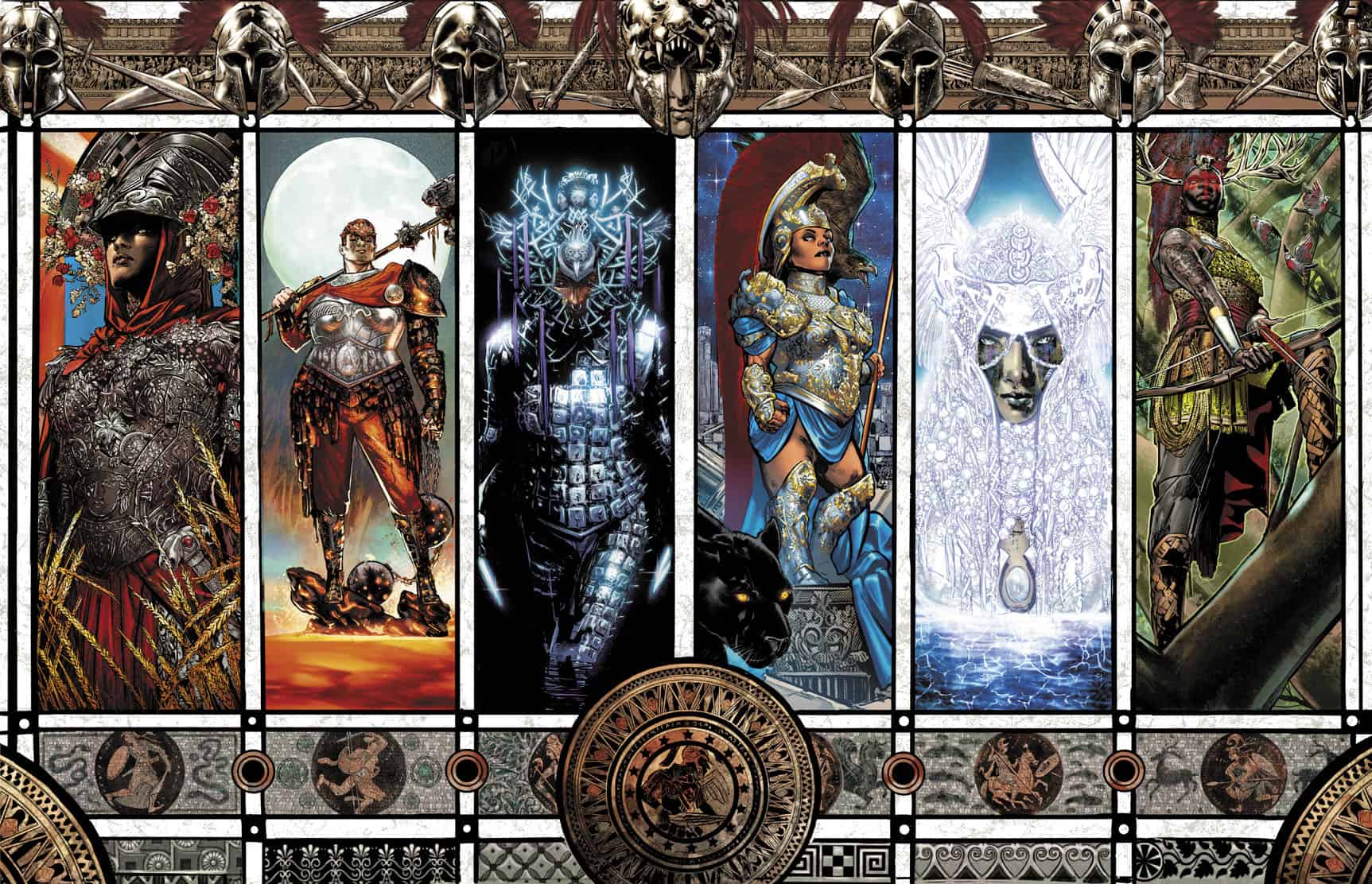 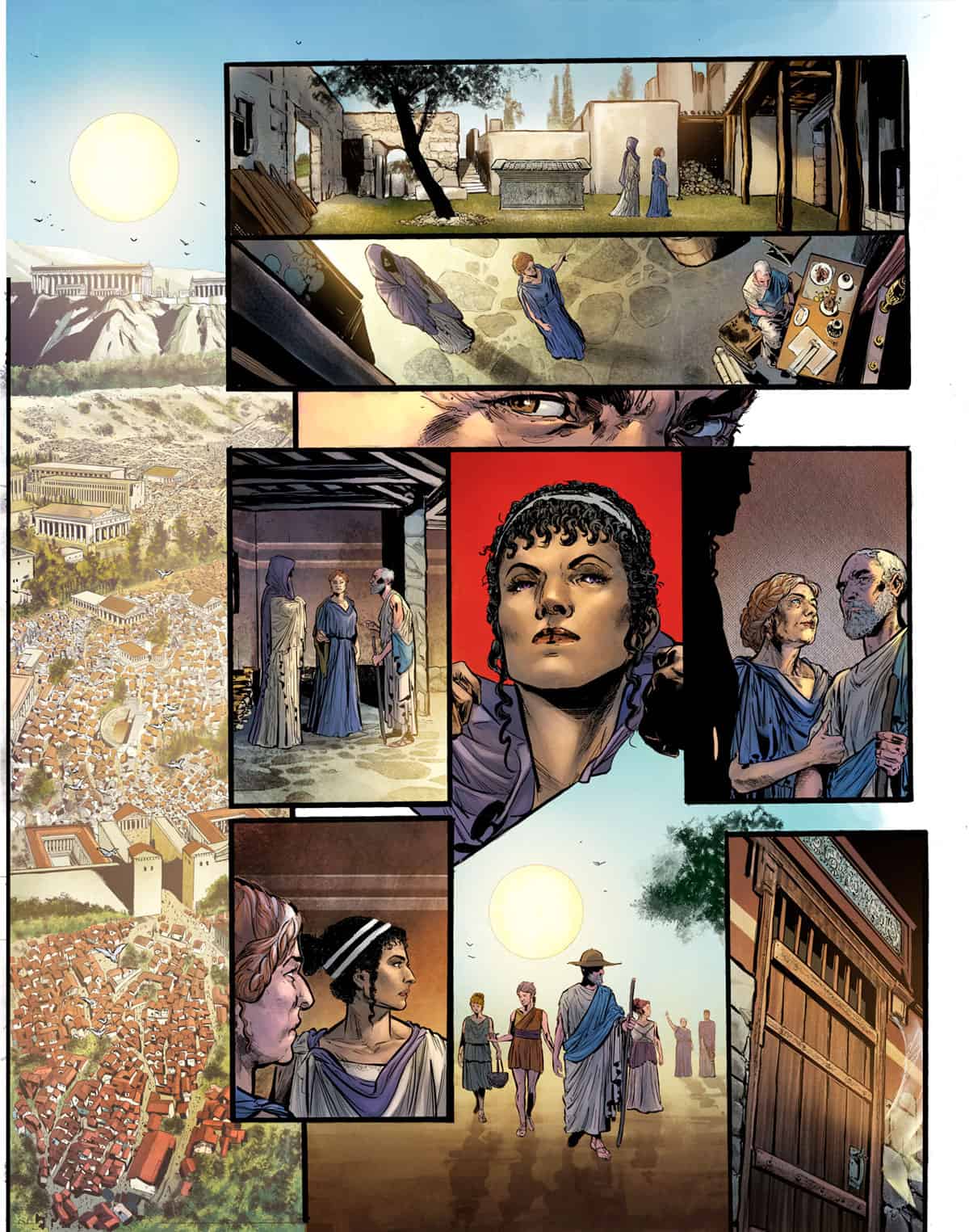 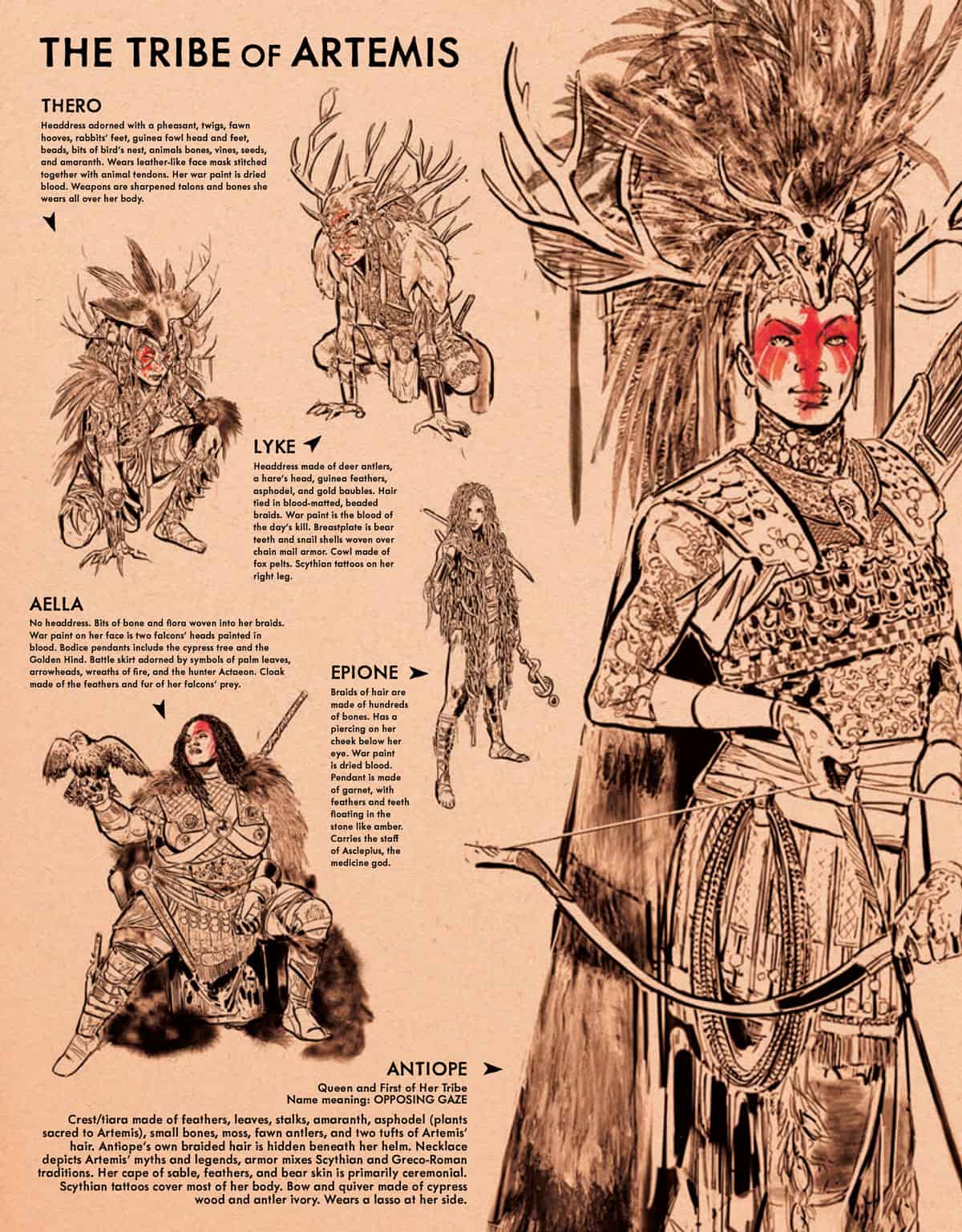 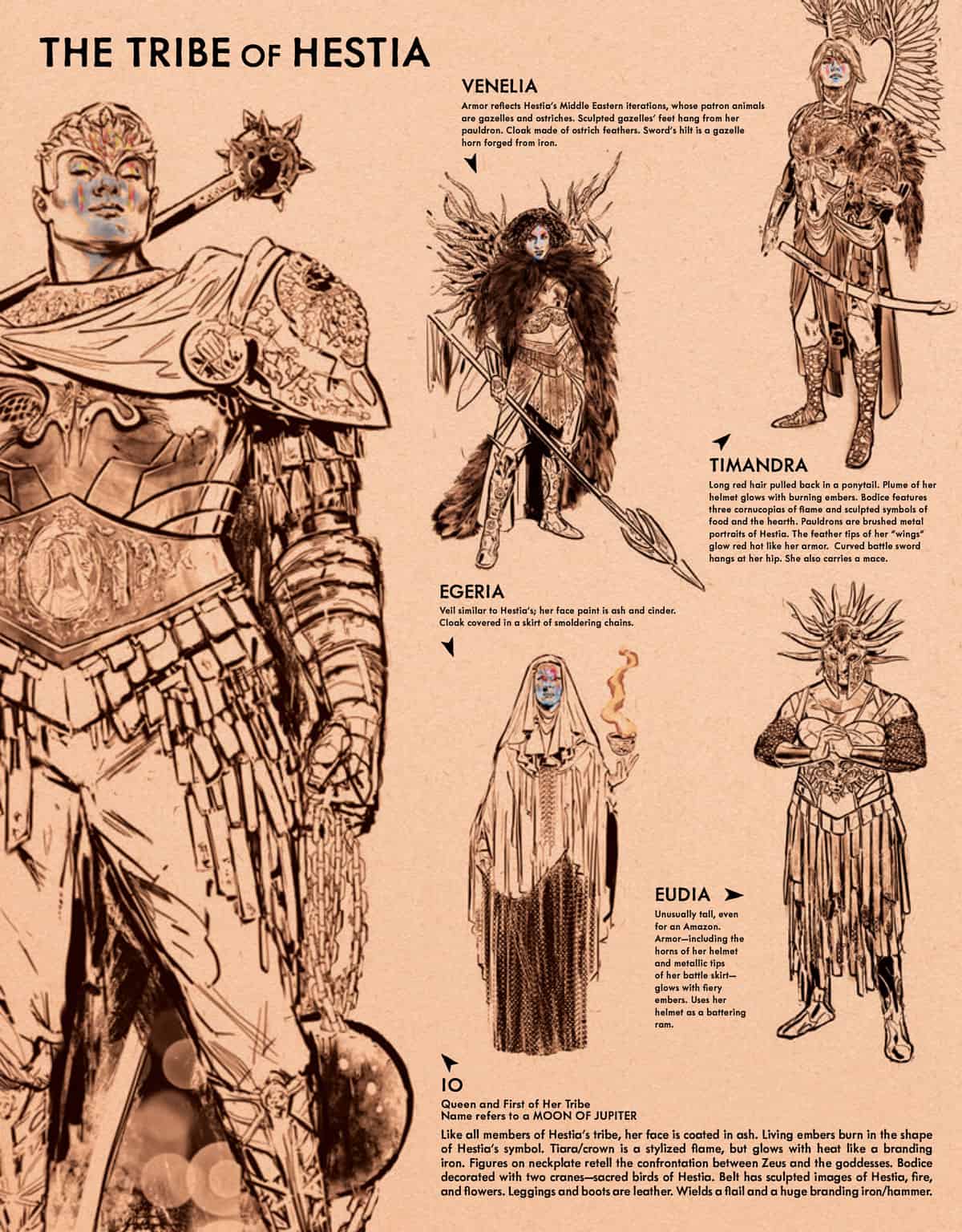 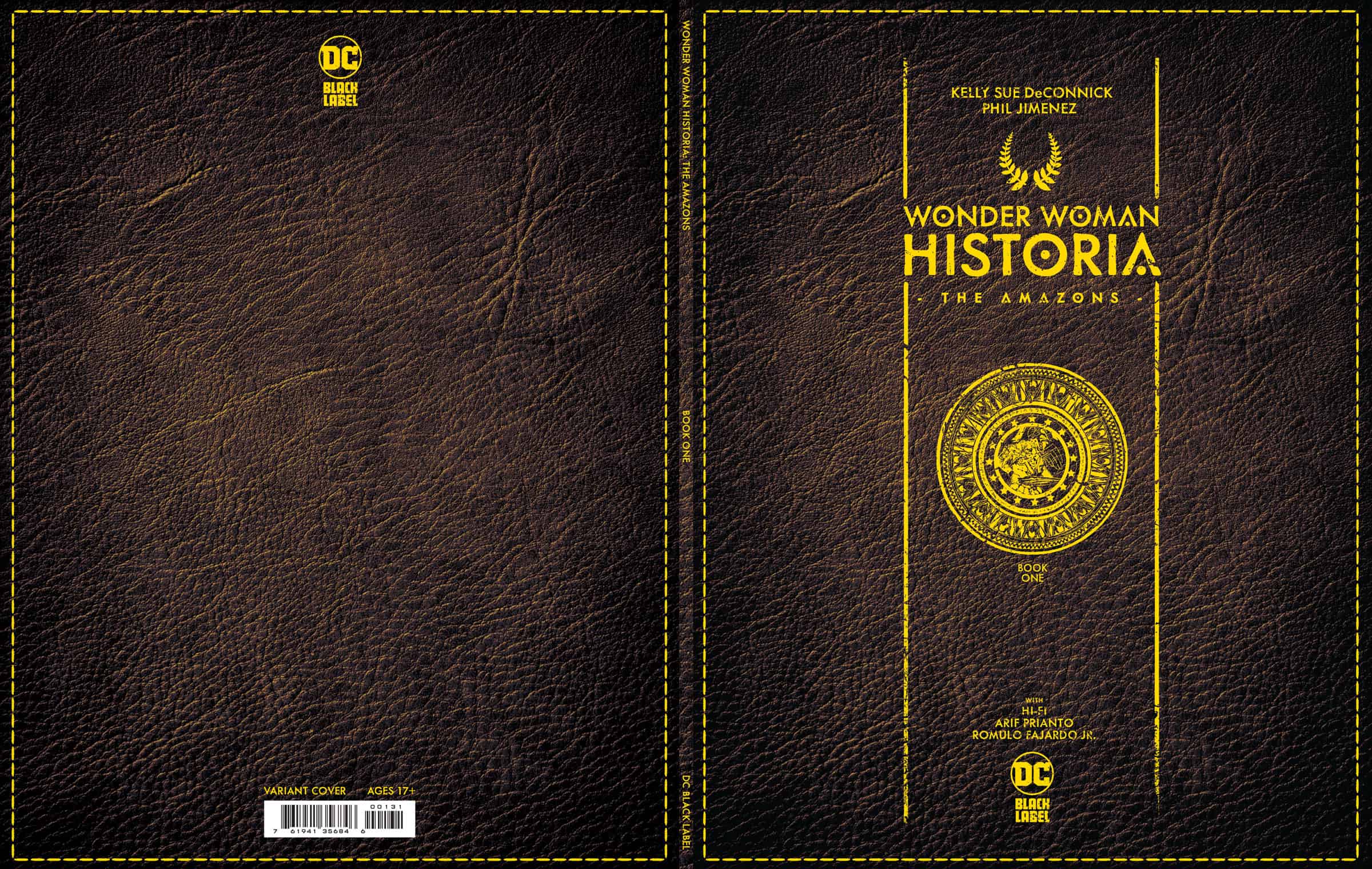