IDW is proud to announce the December release of Dead Seas, the highly-anticipated original comic book series by Cavan Scott and Nick Brokenshire. Part Poseidon Adventure, part The Haunting of Hill House, this supernatural thriller reunites the fan-favorite Star Wars writer-and-artist team for a tale of specters, prisoners, pirates, and disaster on the open ocean! 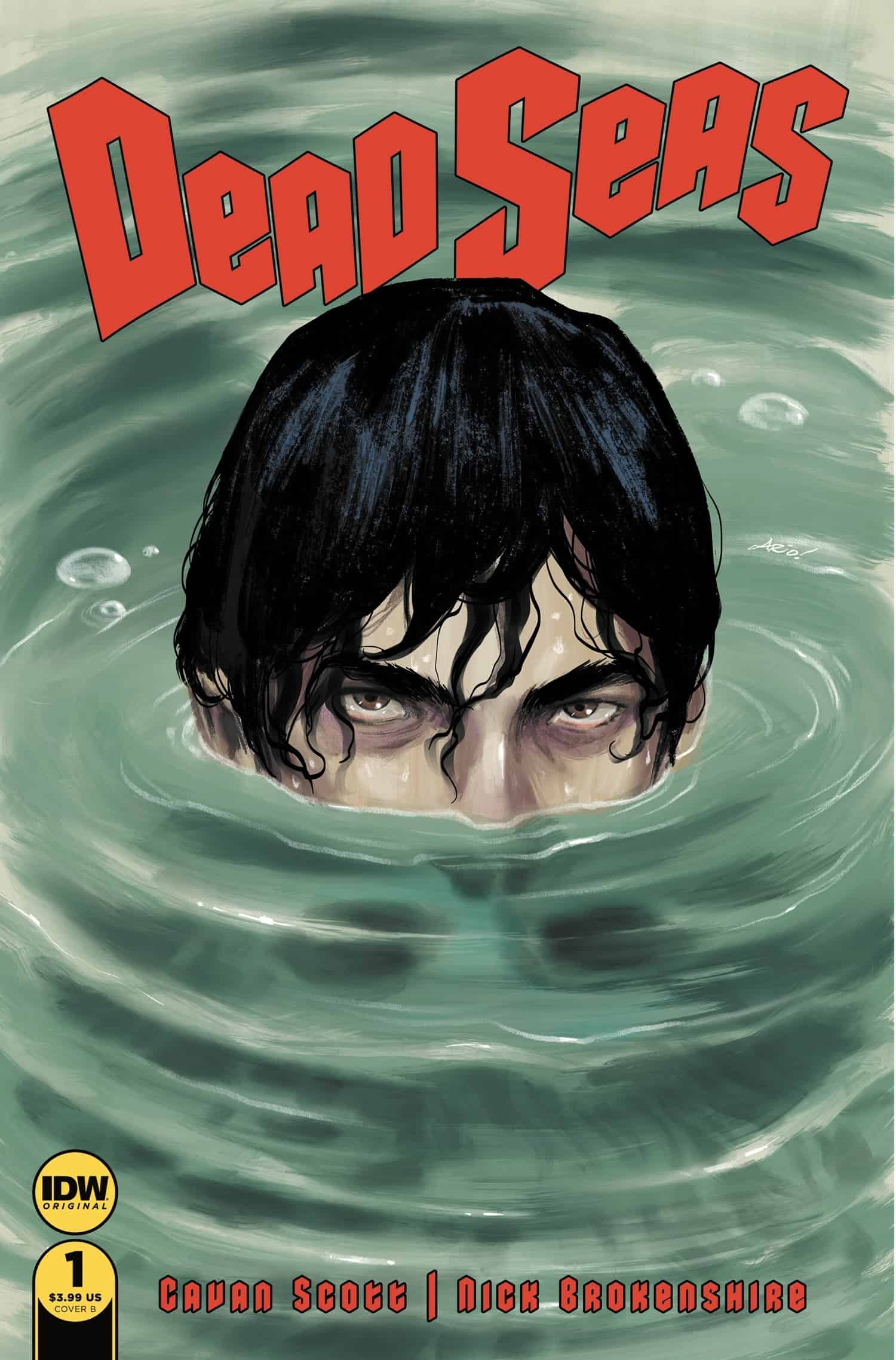 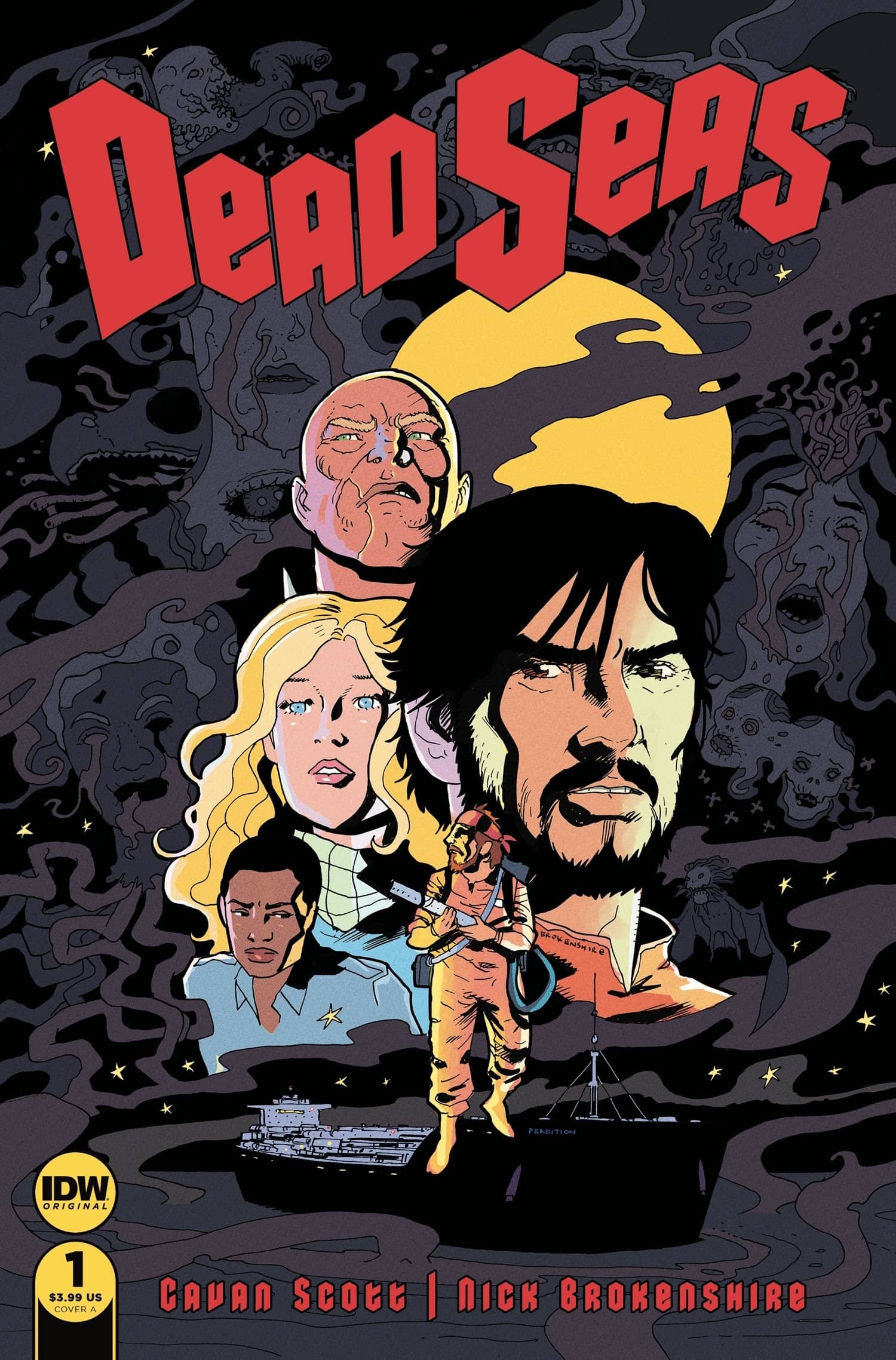 In Dead Seas, ghosts are real and very dangerous…but they’re also valuable, their ectoplasm capable of curing countless diseases. There’s only one problem: harvesting the wonder drug can be just as deadly. Prisoner Gus Ortiz is willing to take the risk in return for a reduced sentence—anything to see his daughter again. All it will take is a few months at sea scraping ectoplasm off the walls of the Perdition, a floating prison containing the most vicious ghosts on Earth. Surrounded by dark waters, Gus soon realizes that angry spirits are the least of his worries!

“I grew up obsessed with disaster movies, but there was only one problem: there were never enough ghosts! Dead Seas is my chance to put this terrible wrong right, and who better to team up with than Nick Brokenshire. Working together on Star Wars Adventures: Return to Vader’s Castle, it soon became clear that we share the same ghoulish sense of humor and I knew immediately who I wanted to bring Dead Seas’ tortured spirits to life. Or should that be death?” says Scott. 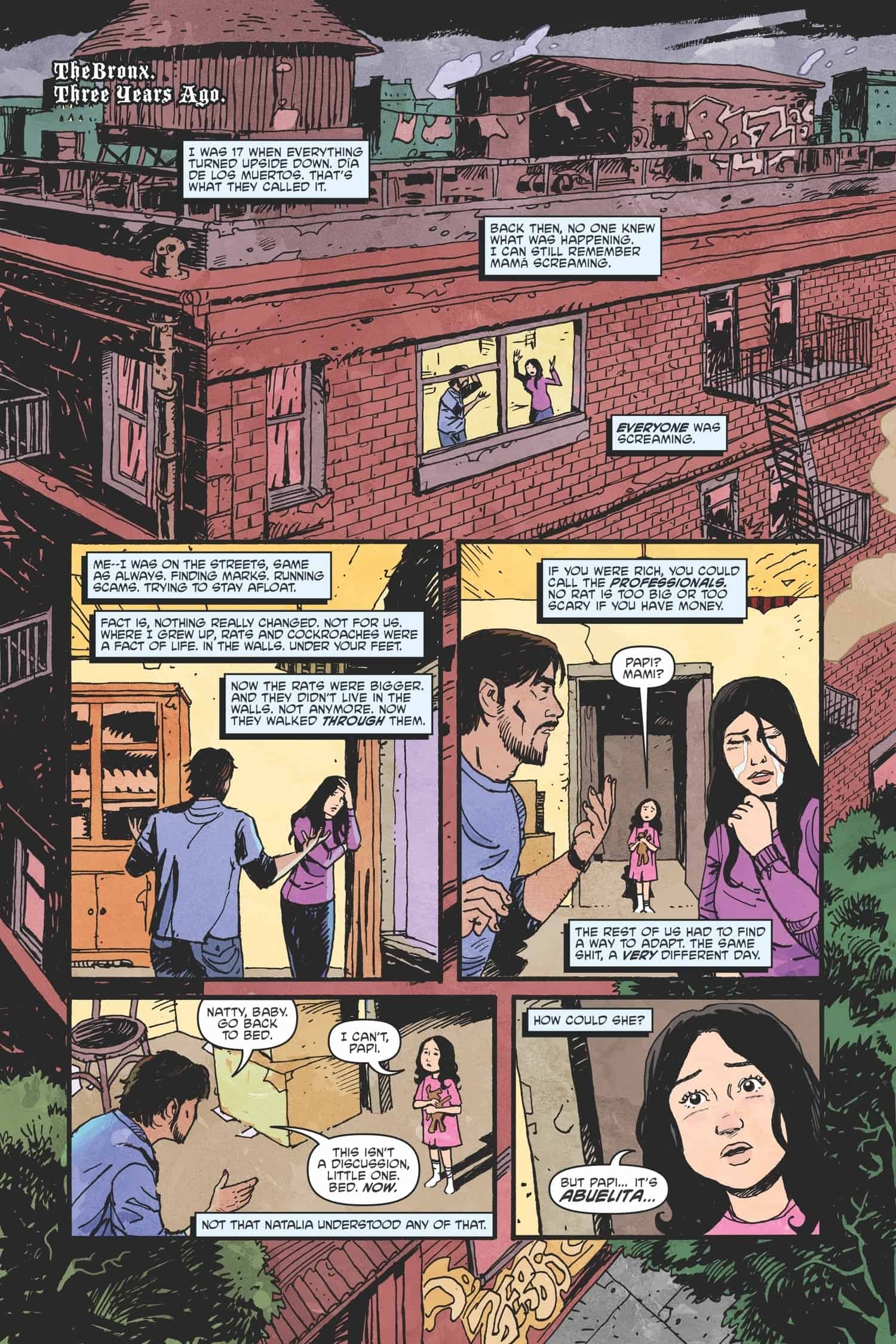 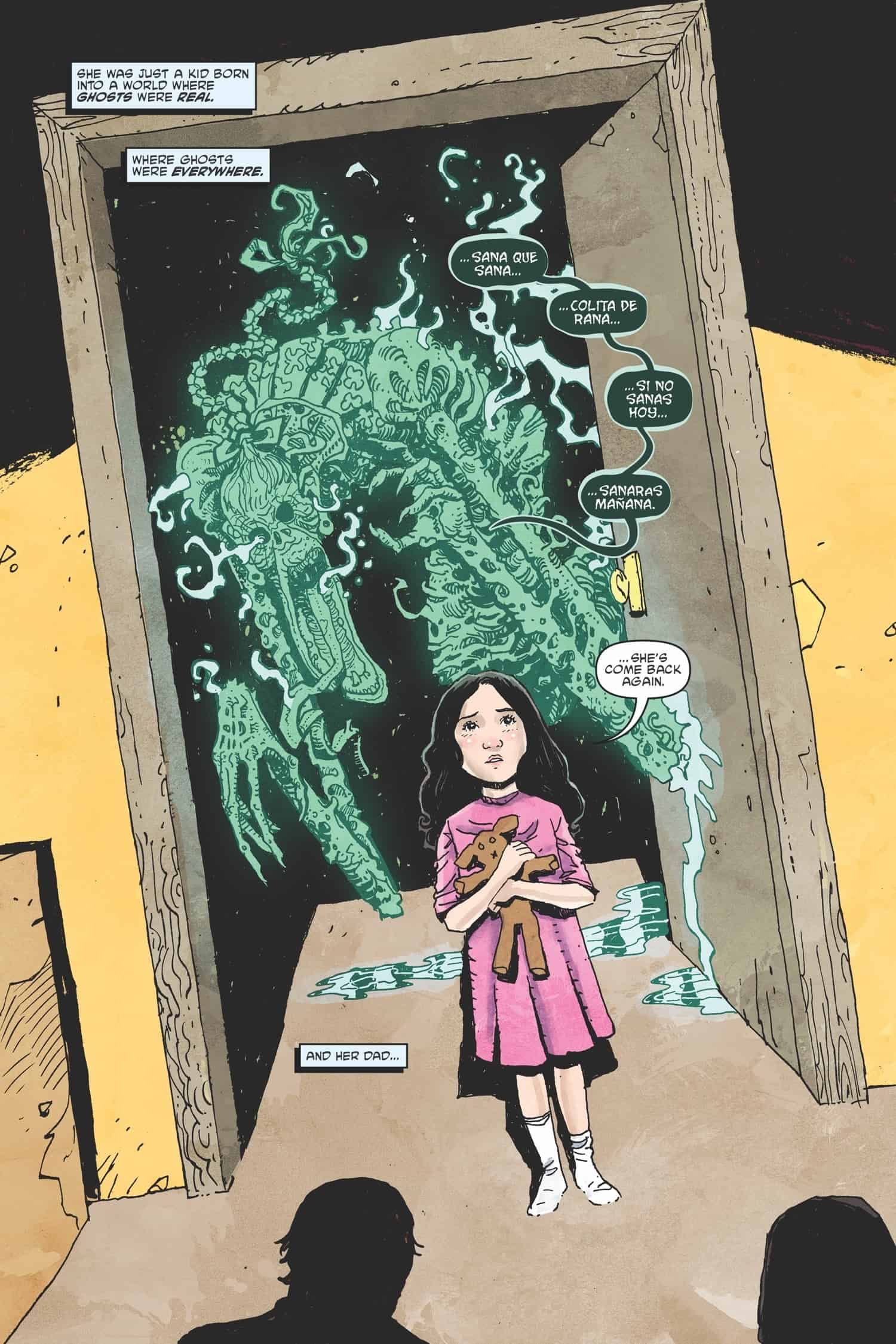 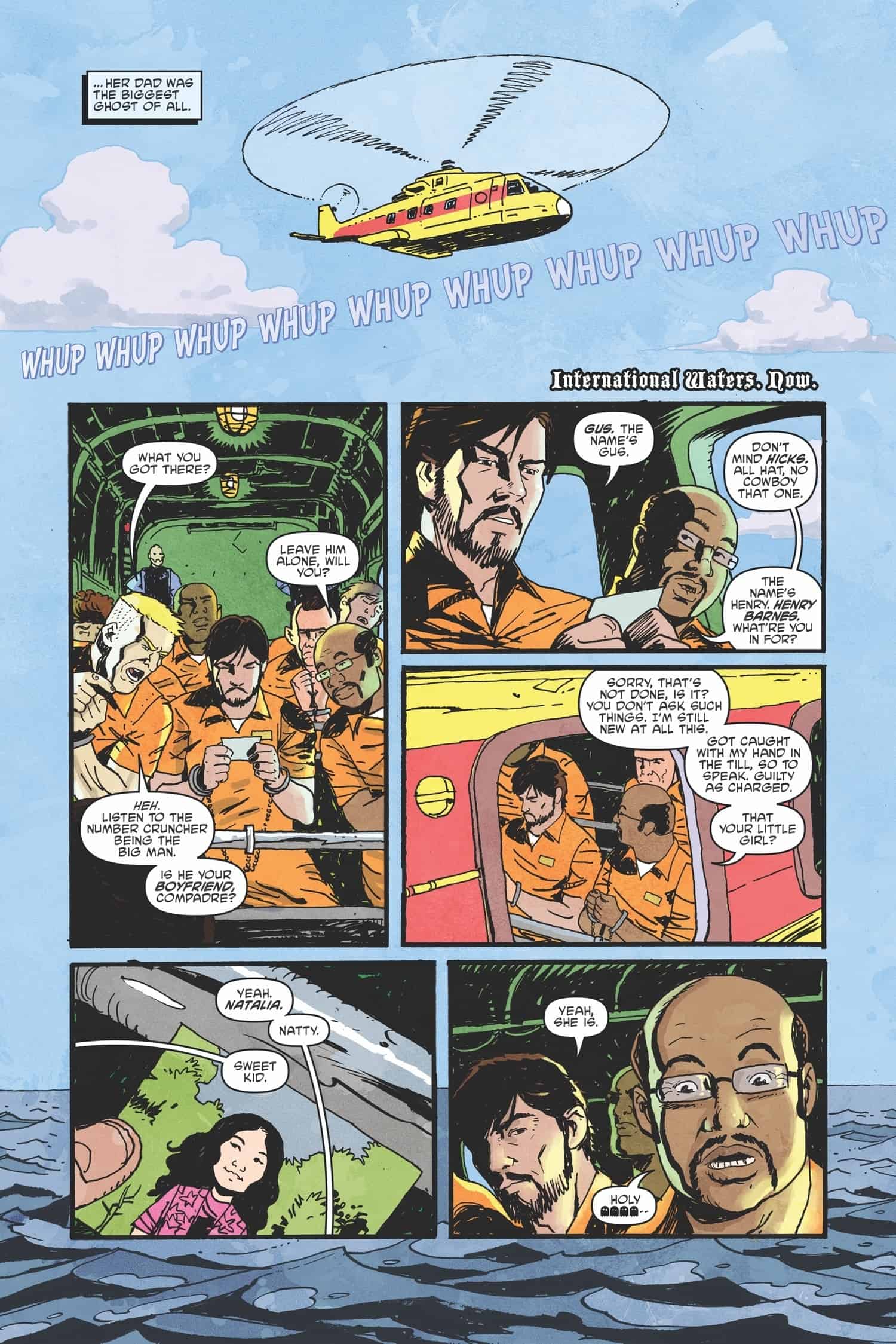 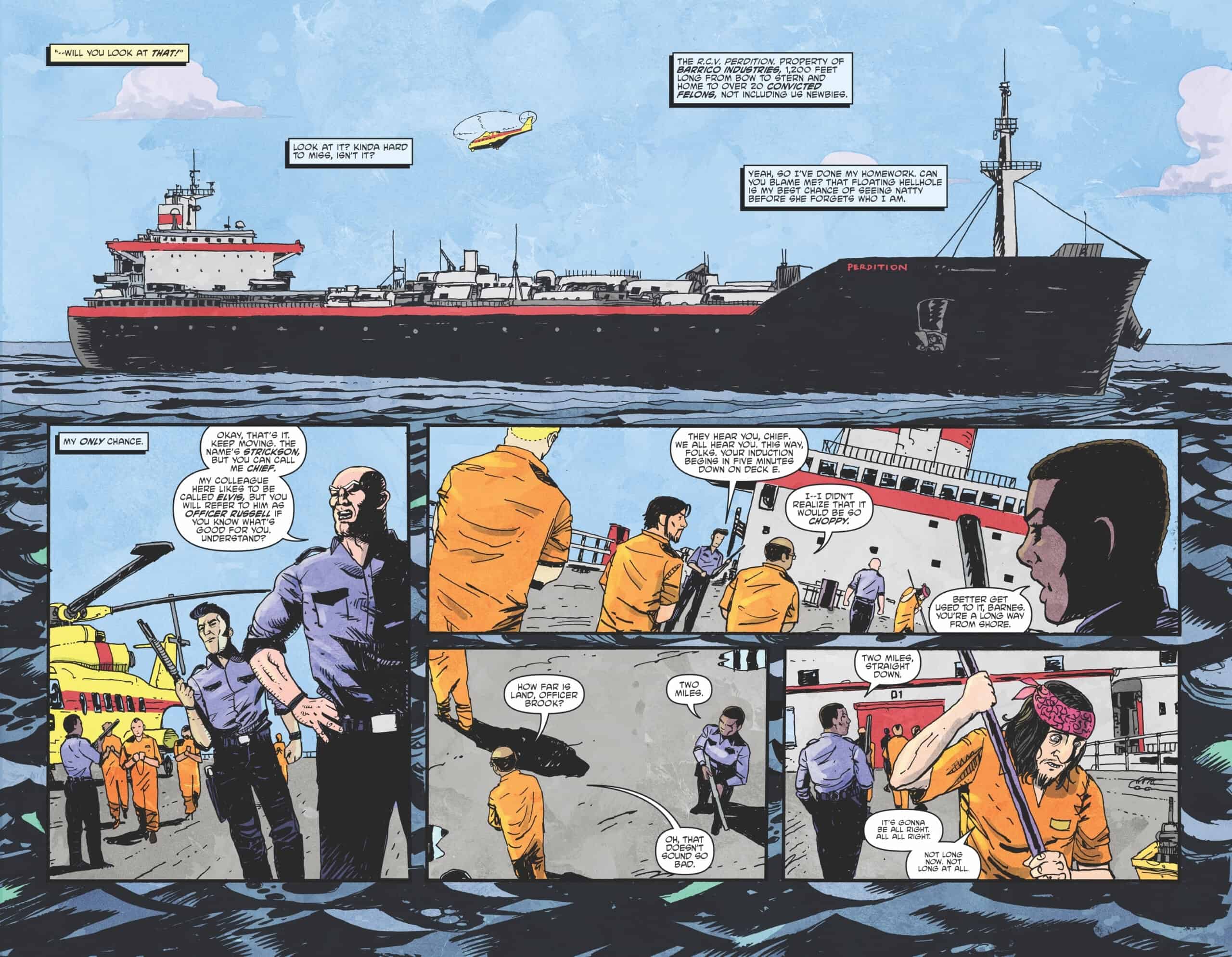 “I have something of a sea-faring background—my dad was a deep-sea diver, my sister an accomplished sailor, and I enjoy long soaks in a bubble-bath—so the whole sea adventure angle is very appealing to me. Add weird, twisted ghouls and the recipe is delicious, I’d say!” says Brokenshire. “The idea of very flawed individuals finding goodness in themselves in spite of very strange and frightening circumstances is something that I think many of us are drawn to. In the end, we all hope we’ll do the right thing when faced with a giant, amorphous, killer-baby-ghost.”

“From the moment Cavan and Nick pitched us Dead Seas, I was hooked. Cavan’s a brilliant storyteller, and I’m genuinely terrified for the well-rounded characters in the amazing, action-filled tale that he’s crafted. Not to mention, Nick’s artwork has never looked better—the ghost designs are totally off the wall,” says editor Chase Marotz. “We’re absolutely thrilled to see Dead Seas take shape as an IDW Original series”

Dead Seas #1 will be available with three variant covers for fans and retailers to enjoy, including Cover A by Nick Brokenshire, Cover B by Scott’s Star Wars: The High Republic collaborator Ario Anindito, and Cover C by Frazer Irving (Batman & Robin).