After Nine Years, The Beloved MLP Series Reaches Its End with Issue #102…
But a New Adventure Awaits, Proving that Friendship is Forever!

Since its very inception in 2012, the My Little Pony: Friendship is Magic monthly comic book series from IDW has captured the hearts and minds of filly fans everywhere. Now, after almost a decade of publication, we bid a fond farewell to Friendship is Magic with September’s issue #102, the oversized conclusion of the official “Season 10” storyline that picked up where the beloved animated series left off. 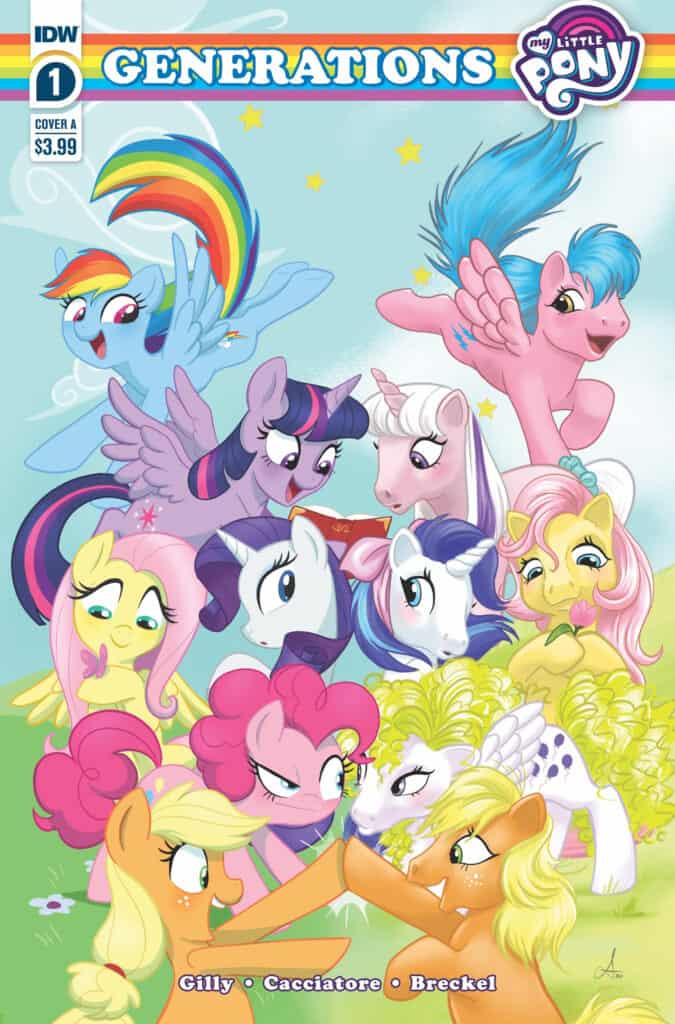 “Having worked on every issue of My Little Pony: Friendship is Magic comics since 2012, I can honestly say it has been one of the most rewarding experiences of my career at Hasbro,” says Michael Kelly, VP of Global Publishing at Hasbro. “To everyone at IDW, to the incredibly talented creative teams, to our amazing fans, my sincere thanks; it’s been such a great time.”

But friends, never fear! Twilight Sparkle, Pinkie Pie, Applejack, Fluttershy, Rainbow Dash, and Rarity will return in a new series beginning in October: My Little Pony: Generations! Written by Casey Gilly and illustrated by Michela Cacciatore, the new five-issue miniseries will see the Ponies of two separate generations collide, as the familiar faces from Friendship is Magic must call upon the original G1 Ponies of the 1980s for help against a new witch threat erupting from the Volcano of Doom! 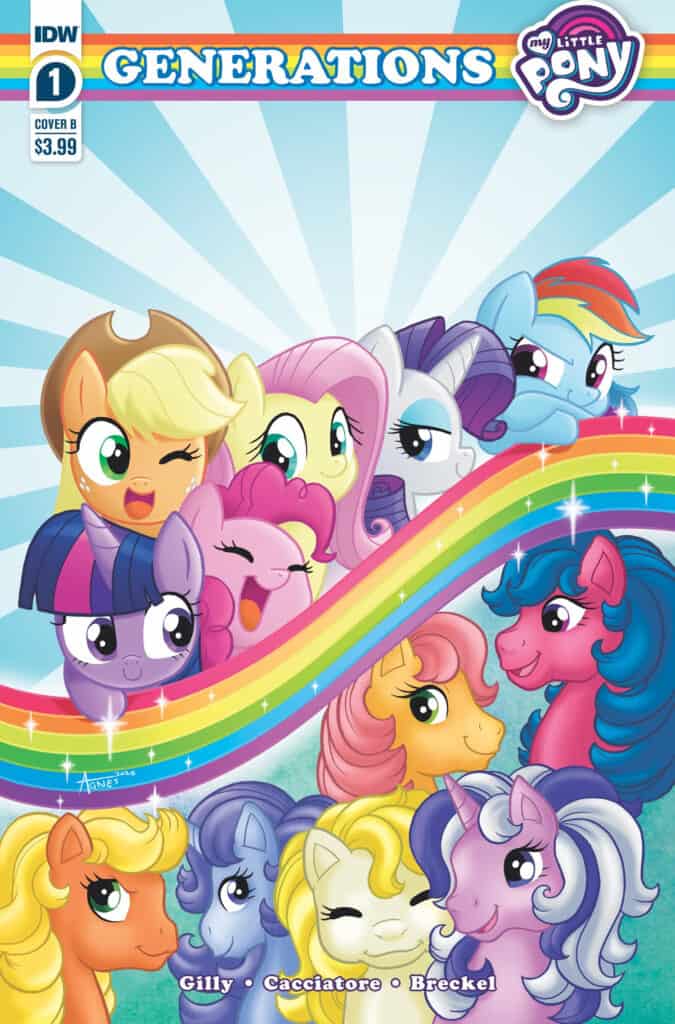 “I am so grateful to IDW and Hasbro for allowing me to tell this fun, spirited story that brings part of my childhood into the present day,” says Gilly. “As much as I loved writing it, the best part has been seeing Michela’s incredible art breathe life into it — every single page is so vibrant, so charming, and just exploding with talent. I hope all My Little Pony fans can reconnect with characters from their past, enjoy the Mane 6 on another wild adventure, and fall in love with a couple of sassy, powerful, teenage witches the way that I have.”

“It’s exciting to work with the characters that I grew up with, and to have the chance to create new characters… especially the bad guys. Everyone loves the bad guys!” says Cacciatore.

“We’re so unbelievably grateful that fans have followed us along for 100-plus issues of magic, fun, and, most importantly, friendship—and this isn’t the end!” says editor Megan Brown. “Starting with My Little Pony: Generations — an absolutely amazing crossover brought to life by the fabulous team of Casey Gilly and Michela Cacciatore, bringing old classics and new favorites together at last — we have many more adventures in store.” 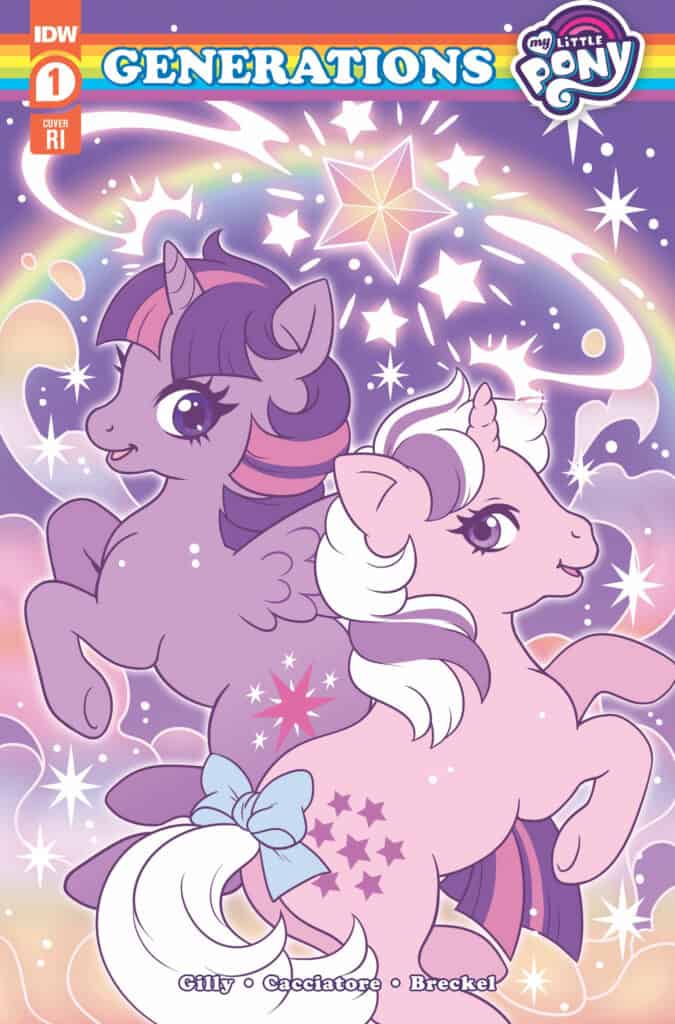 My Little Pony: Friendship is Magic #102, by longtime contributors Jeremy Whitley and Andy Price, delivers the long-awaited climax of the “Season 10” story arc. With the Knights of Order launching an all-out assault on Equestria, the Mane 6 must face a foe singularly focused on capturing the Elements of Harmony. It’s a good thing that they have a lot of friends, old and new, upon whom they can rely!

The final issue of My Little Pony: Friendship is Magic will be available with multiple cover variants for retailers and fans to enjoy, including Cover A by Andy Price, Cover B by JustaSuta, and a Retailer Incentive edition featuring art by Roopsha Mandal.

For information on how to purchase My Little Pony comic books, please contact your local comic shop or visit www.comicshoplocator.com to find a store near you.