For decades, Jean-Luc Picard of Star Trek: The Next Generation has represented an ideal of greatness to science fiction fandom, a character of intelligence, authority, and empathy. Beginning on “Star Trek Day” (September 8th), comic book and graphic novel publisher IDW invites readers to witness what the galaxy could be like at the mercy of a Captain Picard whose greatness is measured in cunning and cruelty, courtesy of an all-new event, Star Trek: The Mirror War. 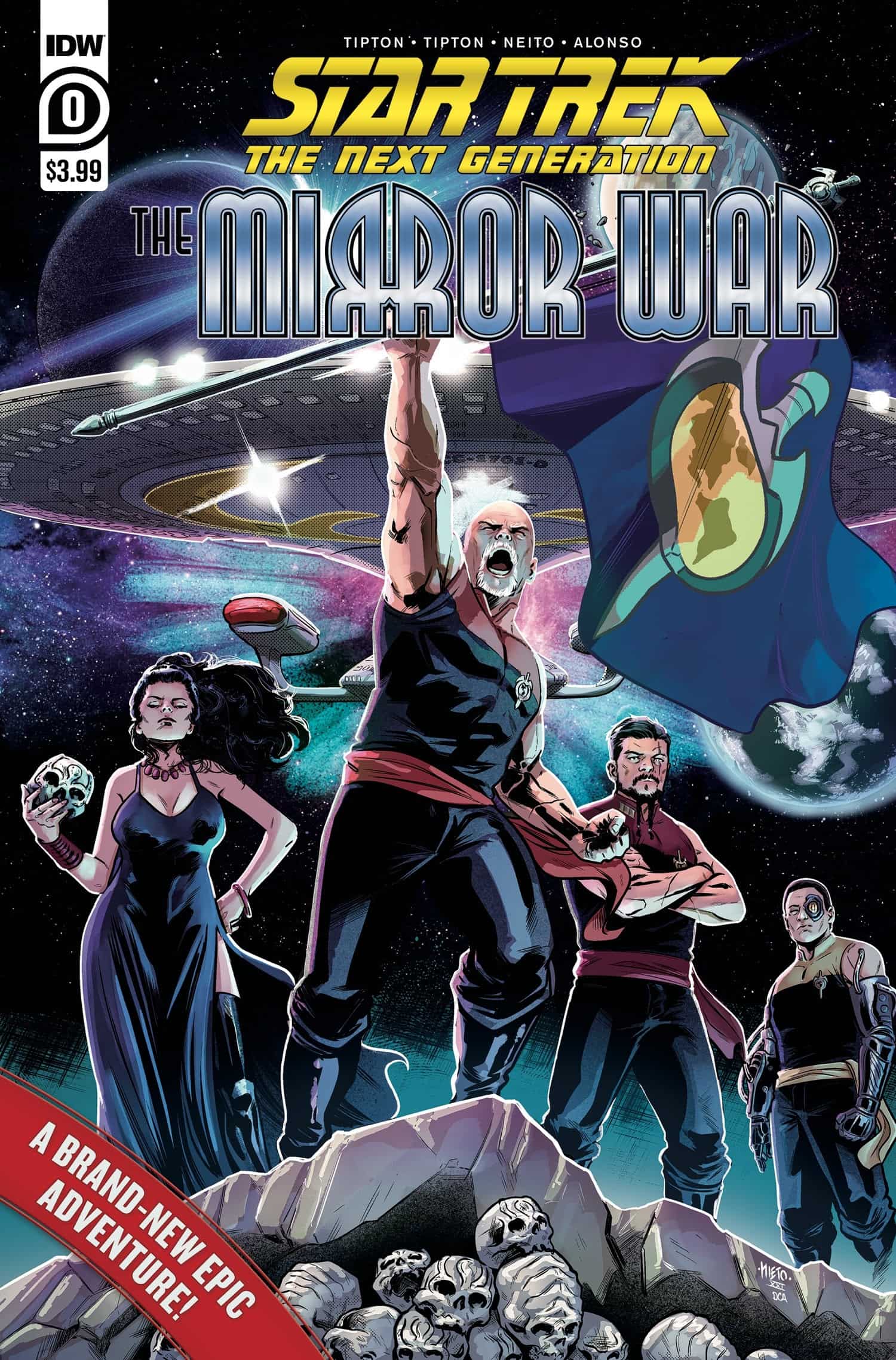 Celebrated Star TrekTM comic writers Scott and David Tipton delve deep into the lore of the Mirror Universe, a perennial favorite concept amongst fans, in August’s Star Trek: The Mirror War #0, illustrated by Carlos Nieto. This zero issue features a new story of “Mirror Picard” as he’s summoned to Earth to face the wrath of his emperor, deftly weaving threads from past Mirror Universe tales in a way entertaining to newcomers and the initiated alike.

Following September’s #0 launch, the series will continue to build year-long tension with issues #1-8 and four interspersed tie-in specials, each highlighting a different member of the Next Generation cast. The first spin-off one-shot, slated for December, will focus on Data. Once complete, the 13-part saga will chart Mirror Picard’s path of conquest across all of the Mirror Universe, stoking the wrath of the Klingon-Cardassian Alliance along the way.

“We’re absolutely thrilled to return to the Mirror Universe,” says Scott Tipton. “What’s in store for our Mirror Jean-Luc Picard and his Enterprise crew? New faces, new places, and old grudges. Picard’s ambitions are grander than ever, and nothing short of the throne itself will satisfy him!”

“In The Mirror War, we’ll be seeing what happens when Picard gets hold of information that can change the fortunes of the debilitated Terran Empire,” says David Tipton. “The Enterprise crew will find themselves in positions of potential power and wealth like never before.”

“With Mirror Broken, Through the Mirror, and Terra Incognita, Scott and David Tipton — along with our Mirror War series cover artist J.K. Woodward — crafted a compelling and wholly original corner of the Star Trek universe. We’re excited to continue that tradition with The Mirror War, all while bringing new artists and storytellers into those Trek landscapes that fans love,” says editor Megan Brown. 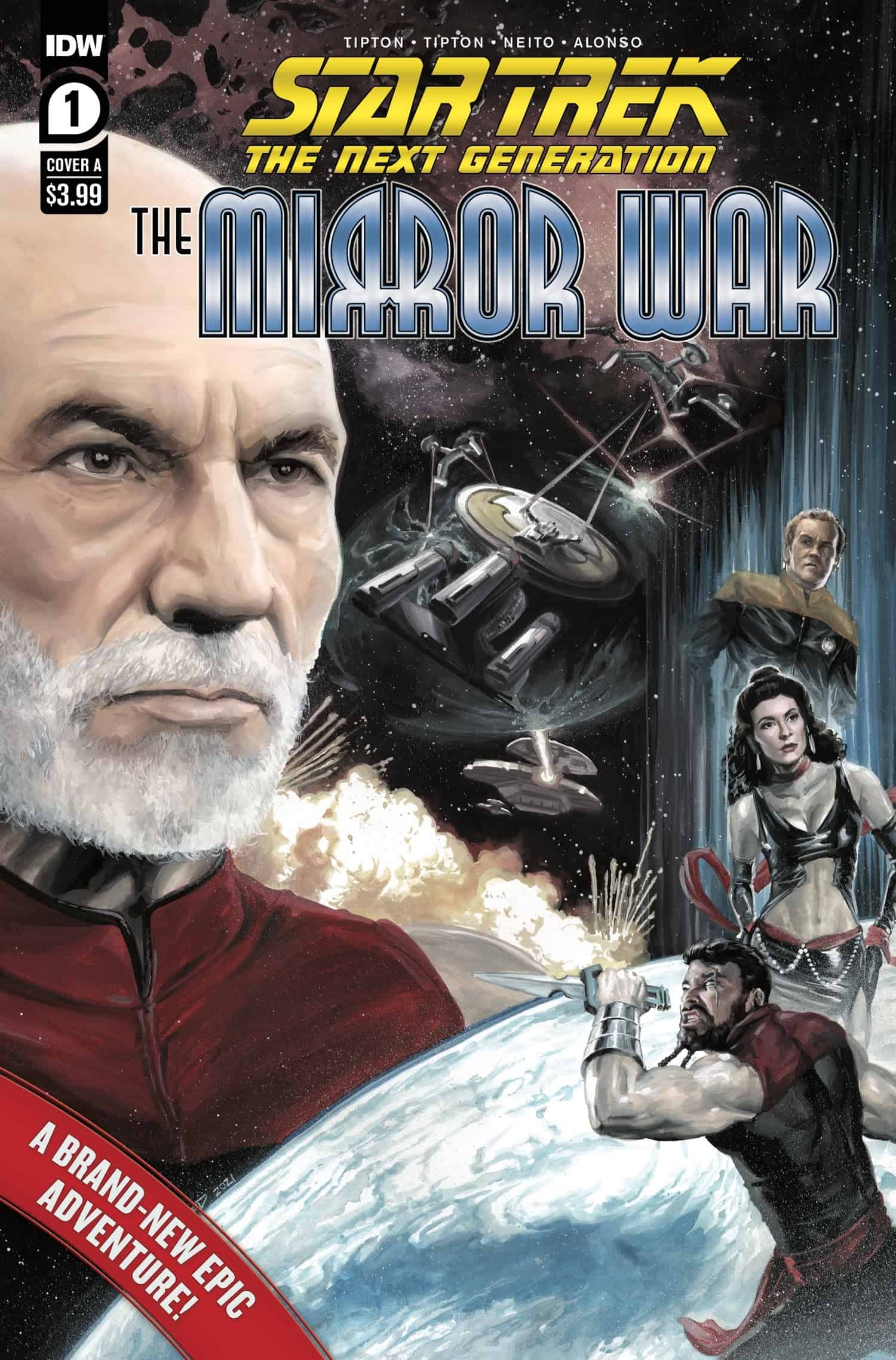 Star Trek: The Mirror War #0 will be available with multiple cover variants for retailers and fans to enjoy, including Cover A by series artist Carlos Nieto, Cover B by Ejiwa “Edge” Ebenebe, and a Retailer Incentive edition by Bex Glendining. Starting with issue #1, J.K. Woodward will be providing cover artwork for every issue.

For information on how to acquire Star Trek comic books, please contact your local comic shop or visit www.comicshoplocator.com to find a store near you.