That’s right, all the speed of the world’s fastest hedgehog, five fantastic years of friendship, adventure, and chili dogs have flown by, is coming courtesy of IDW.

This special release will also include an exclusive look at how Sonic comics get made, an extensive cover gallery, and more!

In a press release from IDW, writer Ian Flynn said about returning to the popular video game property:

“I’m truly fortunate to be part of this project. I’ve been involved with the Sonic series for over fifteen years now, and it’s still as exciting and inspiring as it’s ever been. The Sonic fandom gets that, and their passion and creativity is part of the reason that the brand is so much fun! I look forward to enjoying Sonic, and contributing to that joy, for a long time to come.”

“Ever since I first saw Sonic The Hedgehog in my local game store back in 1991, I’ve been a fan, and being part of the Sonic fan community and having the opportunity to bring his adventures to readers the world over has been a dream come true. Seeing the love and excitement that Sonic brings to gamers and readers inspires me to give it all I’ve got when bringing such a kinetic, iconic hero to the comic page. It was a great honor to create art for issue #1 five years ago, and I’m very happy to revisit that landmark by drawing the new short story for this special anniversary reissue. As long as Sonic keeps on running, I’ll keep on drawing!”

“We’re so excited to bring the past and present together in this anniversary issue! Revisiting the story that started it all with so many of the amazing creators who kicked off our journey gives readers a chance to see not just where we came from, but where we’re going, too!”

Sonic The Hedgehog #1 Fifth Anniversary Edition will be available with multiple cover variants for retailers and fans to enjoy, each one illustrated by a different artist instrumental in making IDW’s Sonic kickoff from five years ago an unequivocal success! T 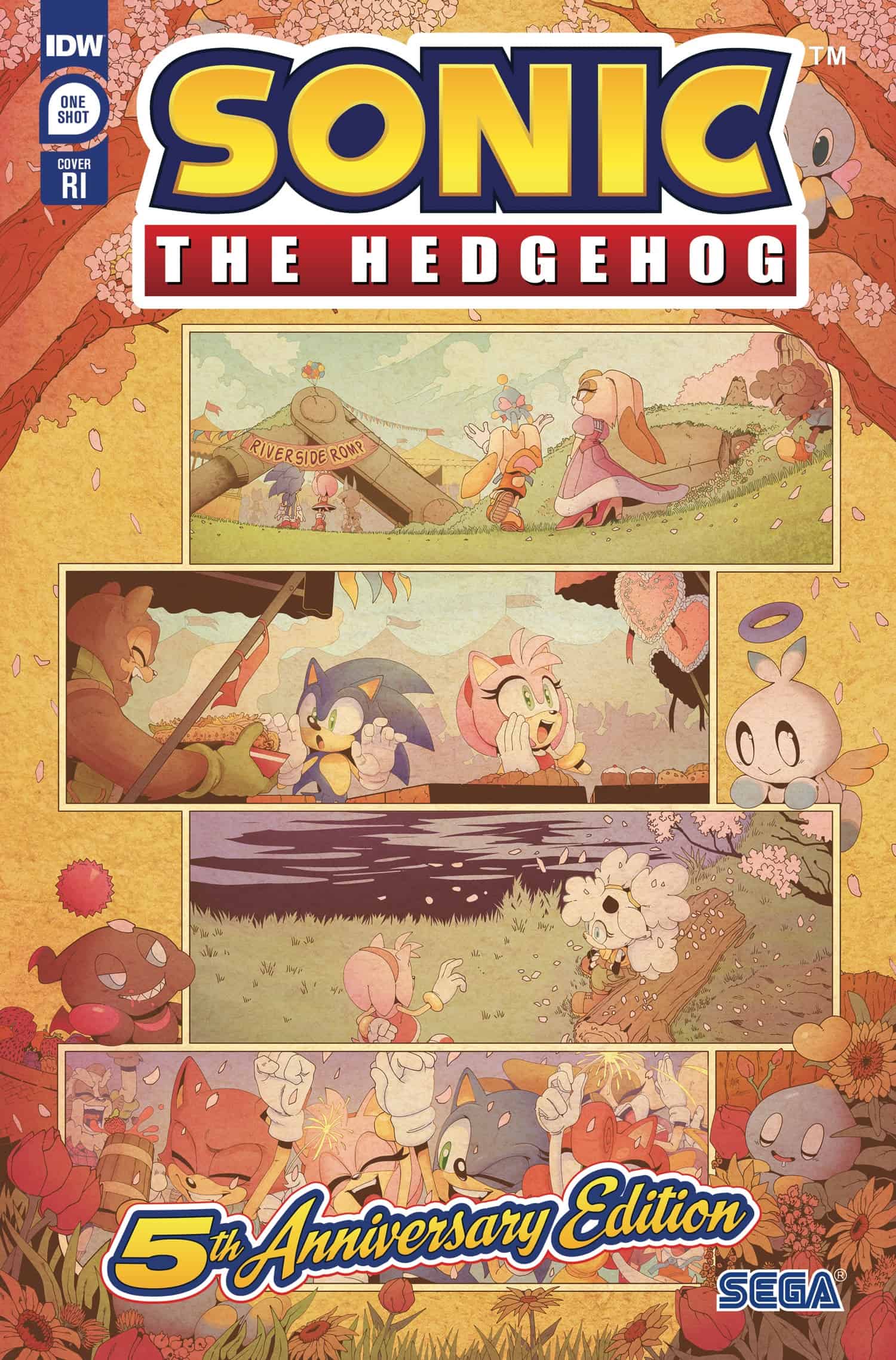 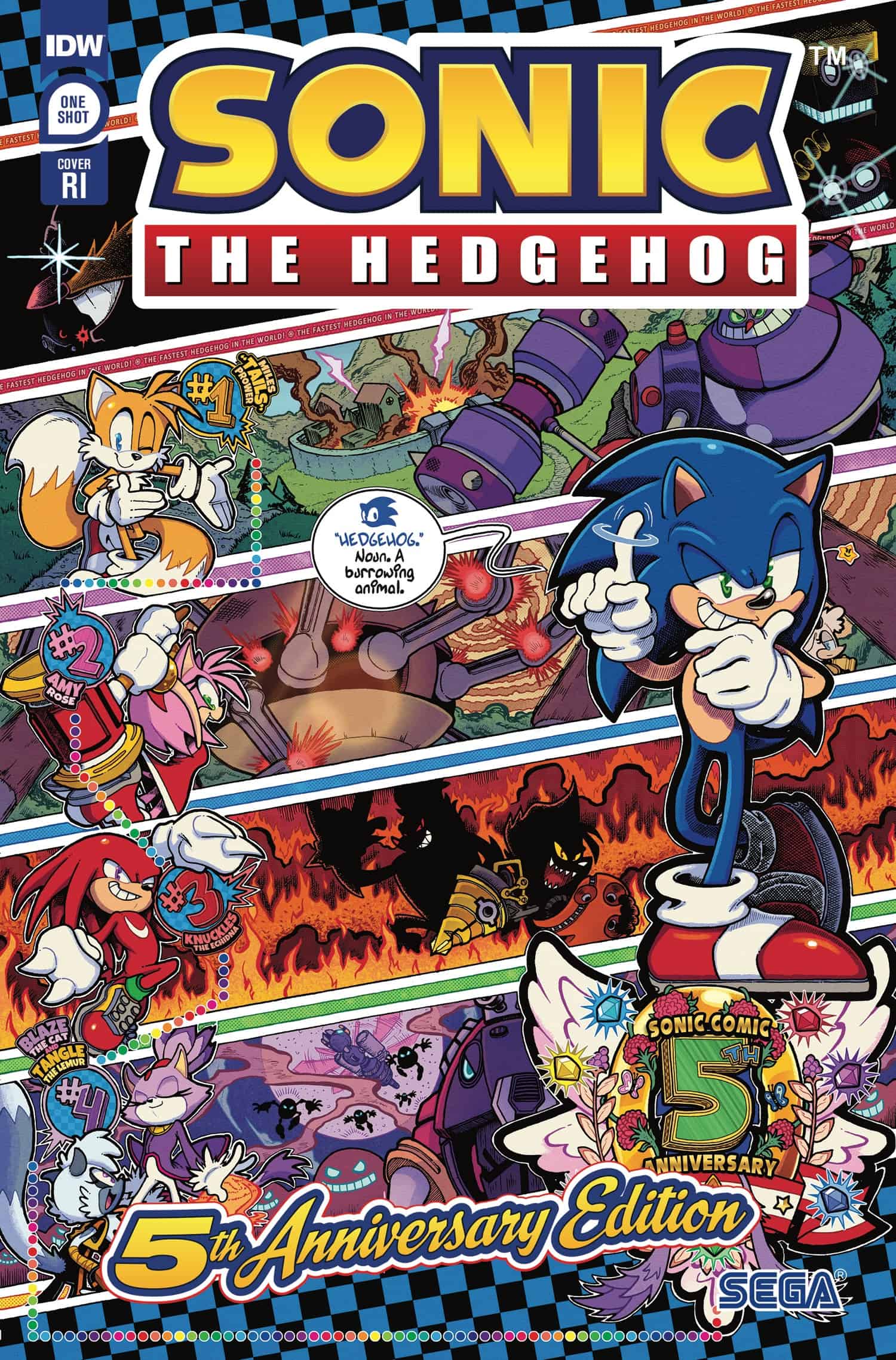 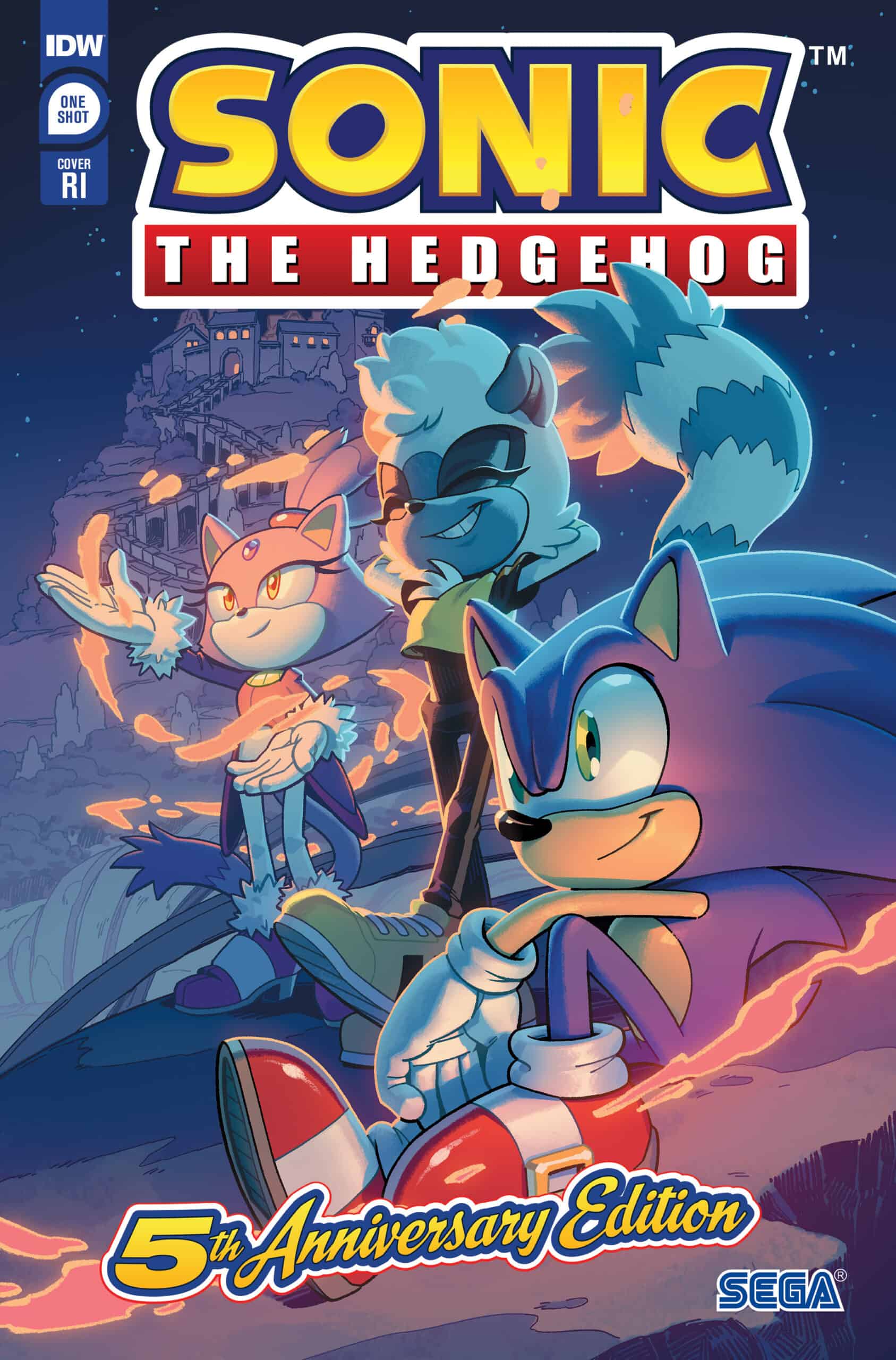