NEWS WATCH: IDW is launching a new generation of MY LITTLE PONY comics!

in A Tale with Surprising Ties to Friendship Is Magic

SAN DIEGO, CA (February 16, 2022) – Following in the hoofprints of their beloved, long-running Friendship Is Magic, IDW is proud to debut a new ongoing monthly comic book series with My Little Pony #1 in May, featuring the Mane 5 characters popularized by the 2021 Netflix film, My Little Pony: A New Generation! 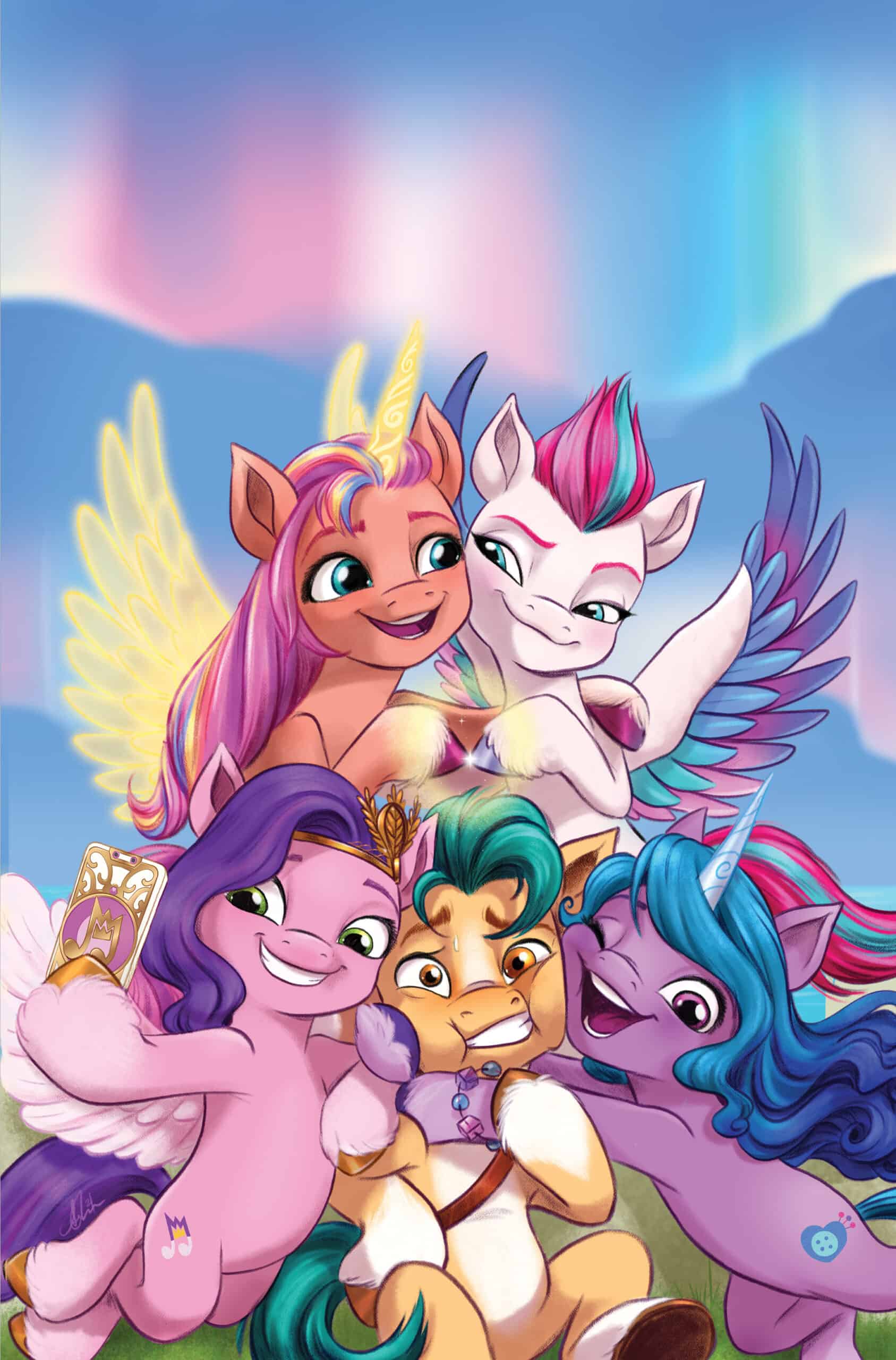 Join Sunny Starscout, Izzy Moonbow, Zipp Storm, Pipp Petals, Hitch Trailblazer, and their trusty sidekick Cloudpuff as they explore a brand-new Equestria following the magical events of the hit movie! With magic returned to Equestria, the ponies are more united than ever—at least until one of the Unity Crystals is stolen! Can the Mane 5 find the culprit before magic is gone for good? And could it really be that their pet Pomeranian is leading them to the city of Canterlot of Friendship Is Magic fame?

“Writing for this new incarnation of My Little Pony has been an incredible experience! With the phenomenal team at IDW, we’ve created a series that speaks to the power of embracing what makes each of us unique and stays true to the heart and passion of Friendship Is Magic. I can’t wait for a new generation of fans to set off on epic adventures with these new characters and feel honored to be part of it!” says Bronfman. 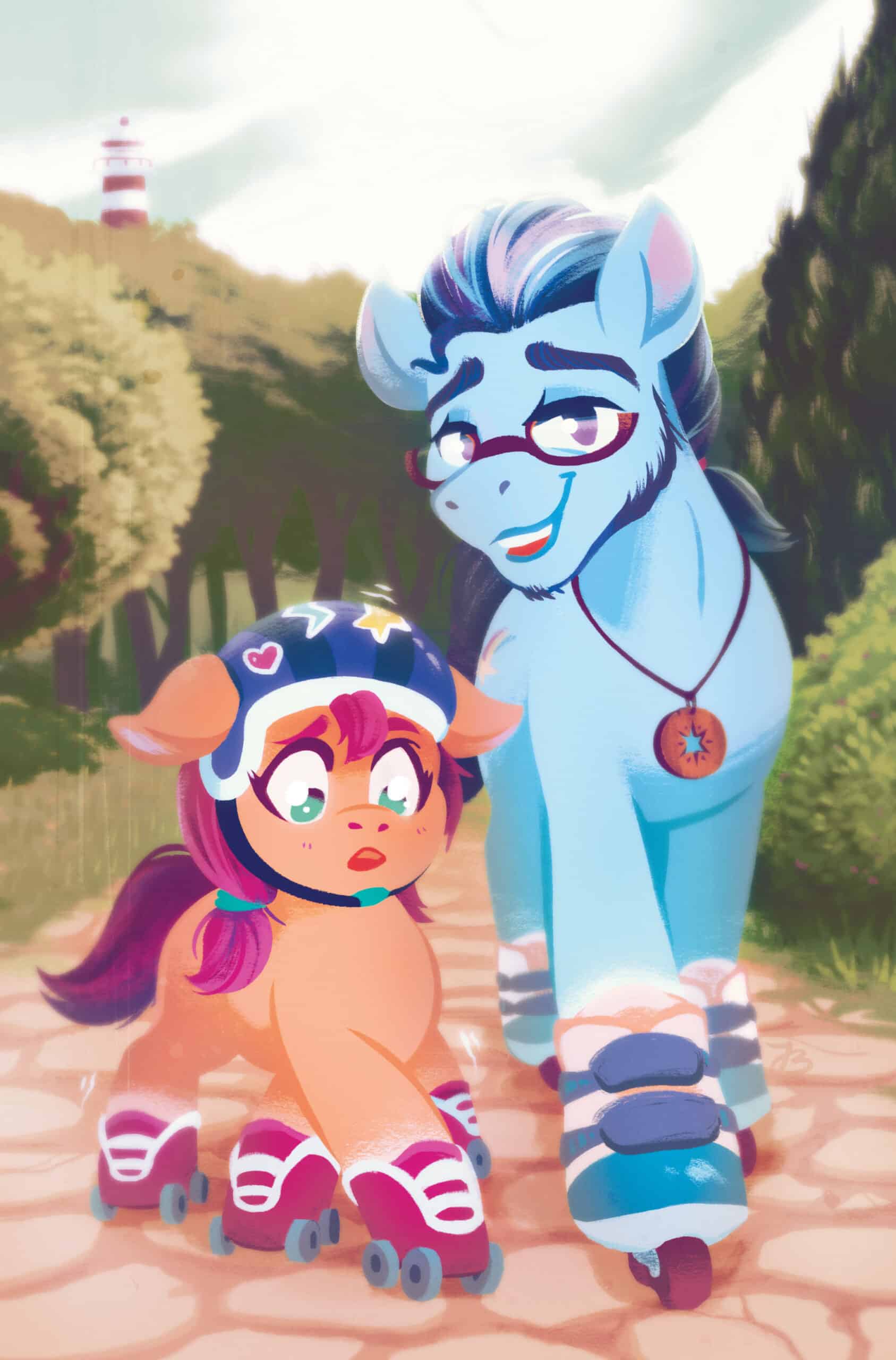 “I am thrilled and delighted to return to My Little Pony at IDW with ‘a new generation’ of comics. As a fan since the very first generation, I am honored to continue to be part of the MLP legacy with this wonderful new cast from Hasbro, who are just a blast to draw. Celeste Bronfman and I hope to bring you an epic story spanning two generations, proving that the eternal powers of love and friendship are never far away to help heal grief into strength and loss into joy once again,” says Mebberson.

“This is the perfect jumping-on point for new fans and the kind of expansion to Equestria that will dazzle longtime readers,” says editor Jonathan Manning. “It’s been such a pleasure to work with Celeste and Amy to get to know our new Mane 5. These new characters represent how evergreen this amazing franchise is, and how adaptable to new audiences. There’s something here for everyone.”

My Little Pony #1 will be available with multiple cover variants for retailers and fans to enjoy, including Cover A by series artist Amy Mebberson, Cover B by JustaSuta, and a Retailer Incentive edition by Brianna Garcia.

For information on how to acquire My Little Pony comics and graphic novels from IDW, please contact your local comic shop or visit www.comicshoplocator.com to find a store near you.

NEWS WATCH: IDW is launching a new generation of MY LITTLE PONY comics!