At the end of the 20th century, superheroes, geniuses, madmen, and activists rush towards WWIII! A Soviet “iron” hero, a superpowered American president, an insane cyborg soldier, an Afghan woman hellbent on building a better life for her people—these strange yet familiar beings collide in a story that mixes history, politics, and comic book mythology into something totally new. Welcome to 20th Century Men, where the edges of our reality and fiction touch, overlap…and then explode. 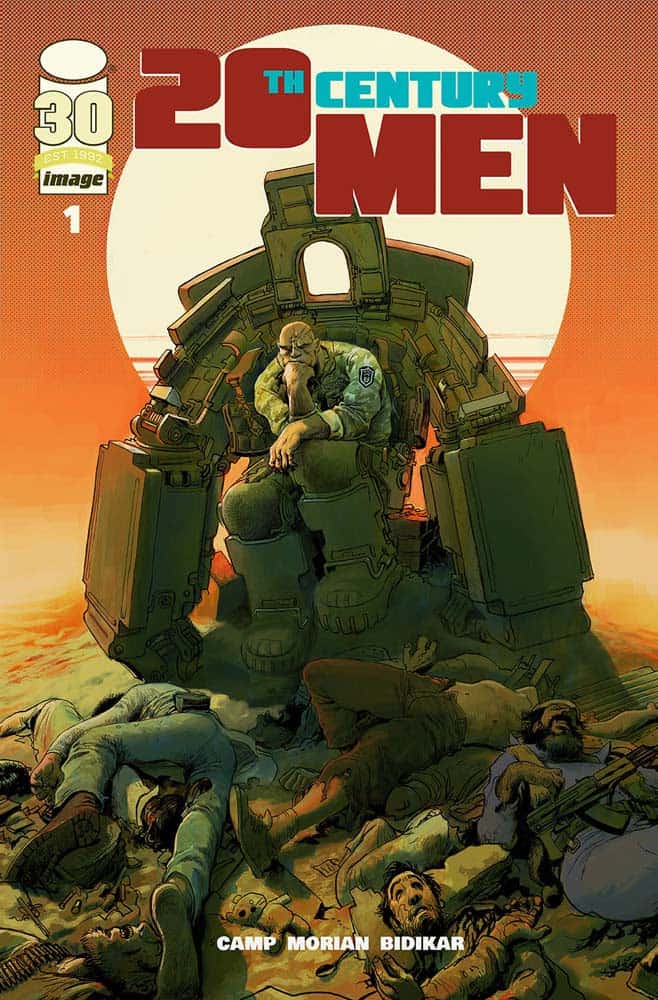 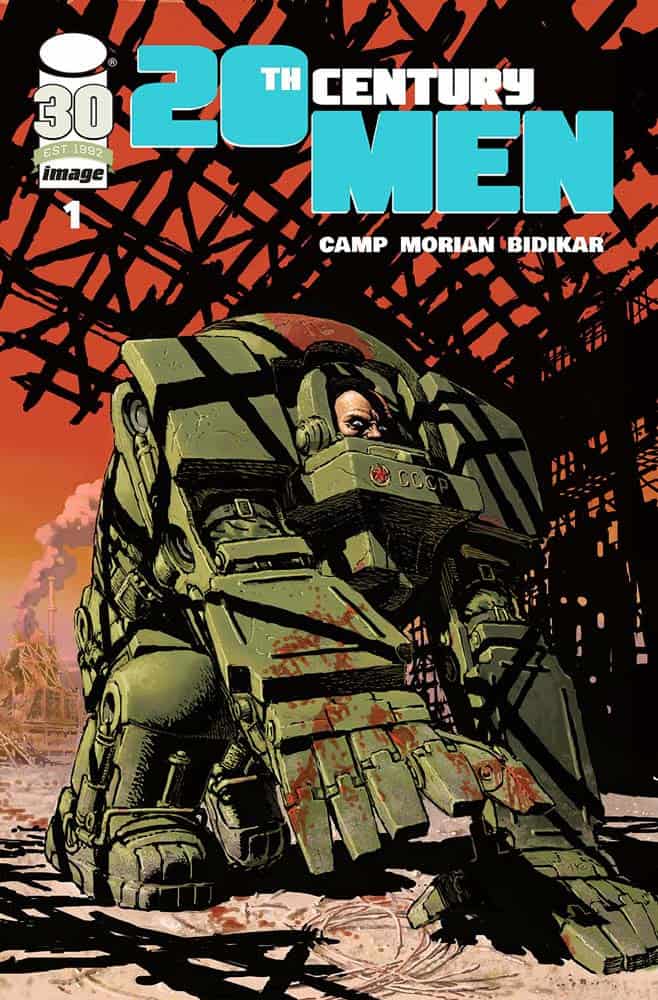 “20th Century Men is MORE than just a war comic; it’s a warped mirror that reflects past, present, and future,” said Camp in an exclusive scoop on the announcement at The POPverse. “Creating this book with S. Morian has been the most intimate and collaborative experience of my life, and the result is something I never could have imagined. If you liked nuanced, layered characters, dense, experimental storytelling, and speculative fiction grounded in history/pop culture, I think you’ll love 20th Century Men.” 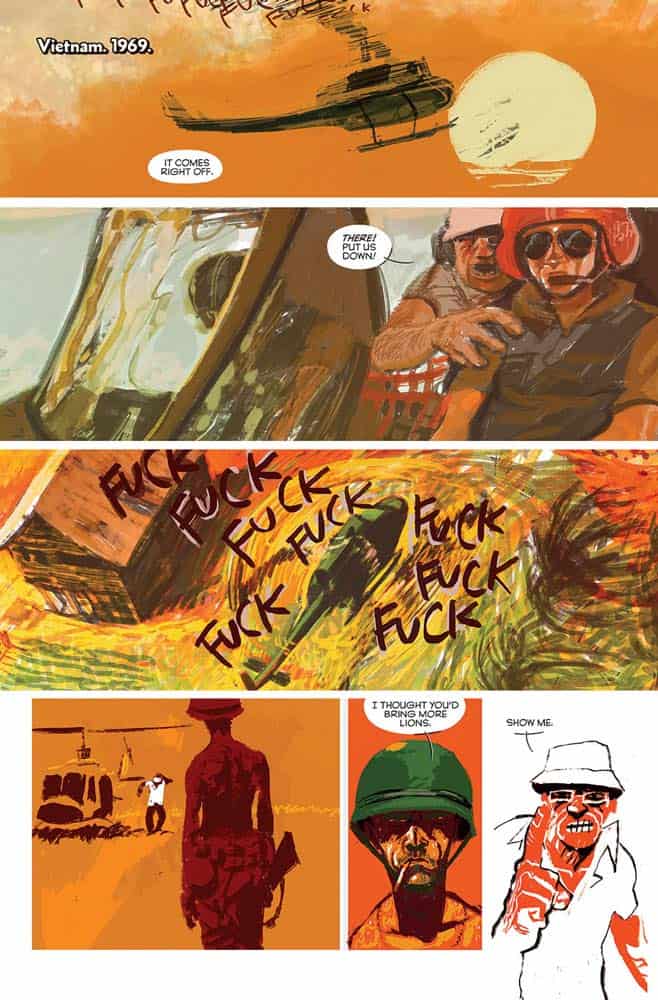 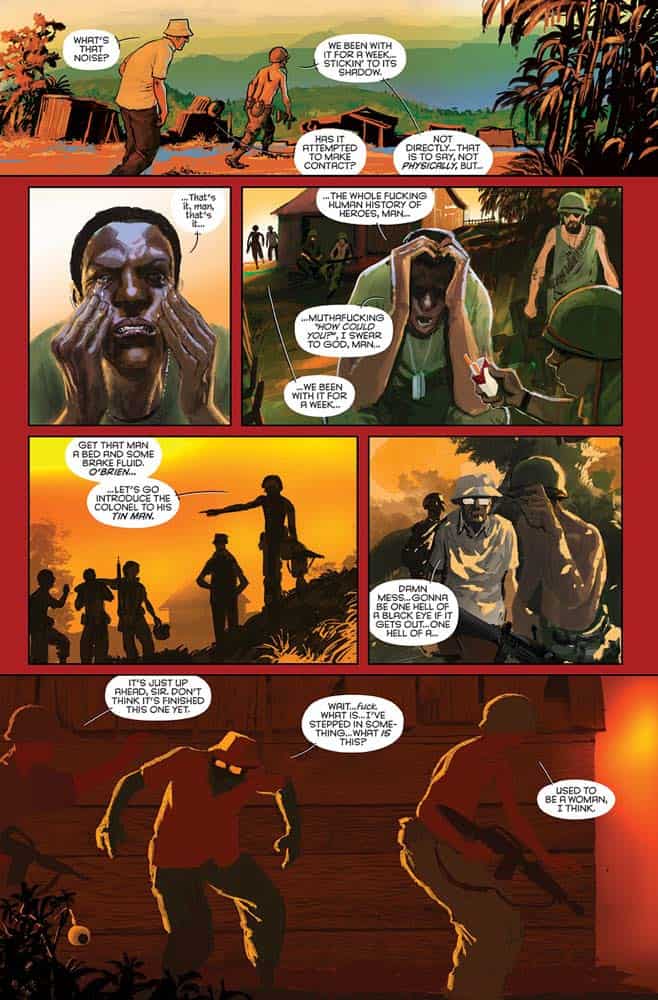 Morian added: “While drawing this series I had this nightmare: I was on some scorched earth, wrapped in fumes, hiding, and then I hear this terrible noise get stronger, deafening. In the air is a scary man-machine—ironclad flying tank, spouting fire—rising from a column of smoke… and then his sensors and guns turn toward me. Now you can have this nightmare too!” 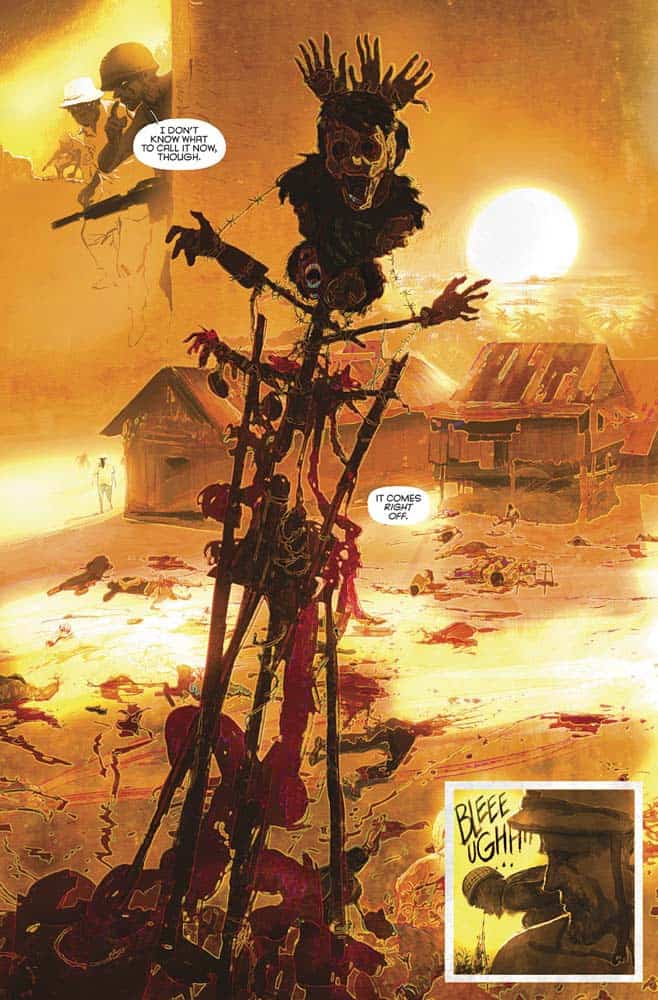 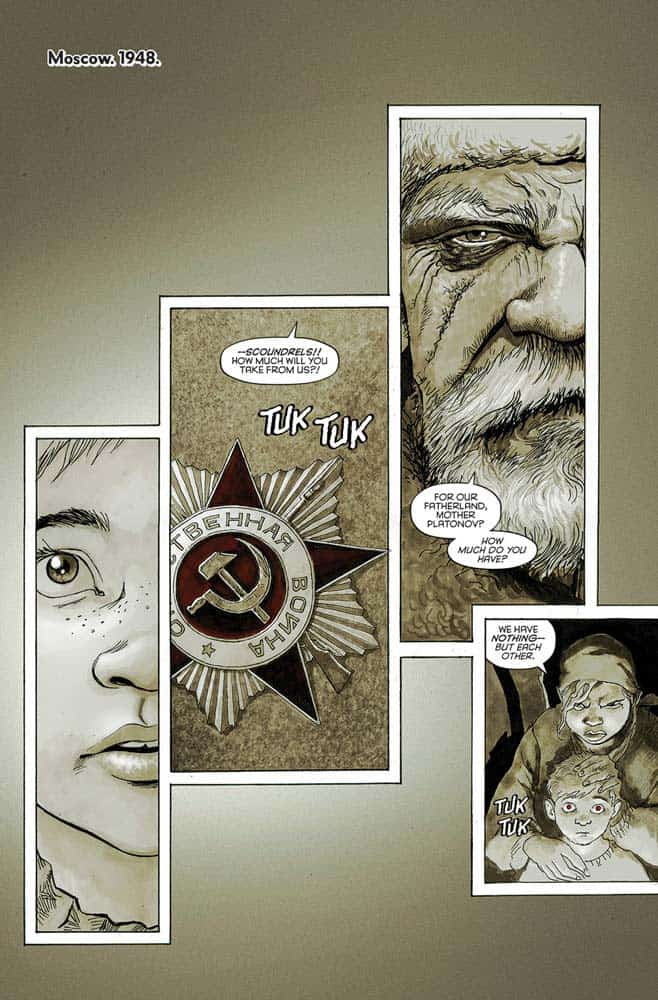 20th Century Men #1 will be available at comic book shops on Wednesday, August 17: