Pack your bags Sangeryes family, you’re headed to Hollywood. News broke early yesterday that Legendary Pictures has acquired the film rights to Image’s popular new series. Bitter Root, set in the 1920s during the Harlem Renaissance introduces us to a dysfunctional family that has to “pull it together” and reclaim their once proud monster hunting heritage, all the while trying to save New York. In its short time in production, 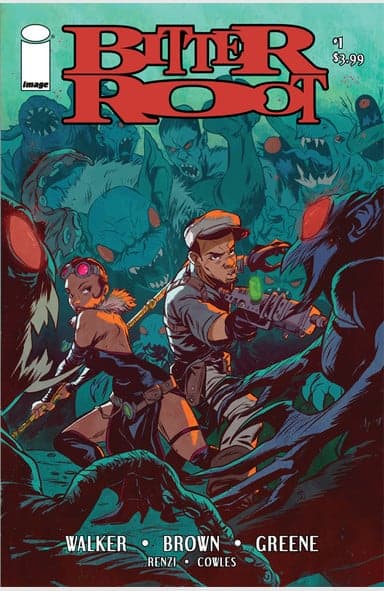 Bitter Root has grabbed fans and critics alike and has taken them on a stimulating adventure and shows no sign of slowing down. With creators David F. Walker, Sanford Greene, and Chuck Brown as part of the production team, it’s a safe bet that it’s themes of socially conscience metaphors and writing that keeps fans turning the pages will no doubt be translated to the big screen.