PORTLAND, Ore. 01/18/2022 — Masters of the macabre Steve Niles (30 Days of Night) and Szymon Kudra?ski (Spawn, The Punisher) present new cutting-edge horror in the upcoming, A Town Called Terror. This ongoing series will launch from Image Comics in April.

“I’ve always wanted to create a ‘world of horror’—meaning there would be very little of the real world, or humans, in the story—and I’ve had that chance with Szymon. During the pandemic he and I have been creating a new world of horror and A Town Called Terror is the first installment. I’m thrilled with what we came up with and thrilled to be working with Image,” said Niles. “I worked with Szymon when he was just starting out and I’ve been wanting to work with him again ever since. He’s an amazing talent and an incredible storyteller. It has been an absolute blast creating A Town Called Terror with him.”

In A Town Called Terror, Henry West is brutally kidnapped in the middle of the night while his wife Julie watches, terrified. Henry awakens to the reality of his whereabouts, but Julie, with no evidence of the phantom crime, is unable to get help to search for him.

“For years, Steve and I had planned to create more books together. When he initially asked what I wanted to draw, I mentioned that I visualised a ‘city or town…’ and Steve added, ‘…of monsters! Of terror!’ From the get-go we knew this one would be something else in terms of collaboration,” said Kudra?ski. “We let both our creativity melt into this single project and finished the first story arc in three short months! Reading Steve scripts is like watching a movie—it’s very easy for me to picture visually. In terms of style, we decide to stick close to the classic monsters of the ’40s-’80s era. At first, we kept to a standard 22-page format… but I ended up stretching some scenes, adding art for cinematic effect in order to bring Steve dialogue out of the frame and help the art jump out of the pages. In the end, we ended up settling on an oversized series, with each issue running to 26-30 pages. The biggest challenge was deciding how to get every monster we know to coexist in one ‘place’ and ‘story.’ Steve came up with some great ideas and I hope readers will be as pleased as I am!”

A Town Called Terror mirrors the dark, paranormal tones of Midnight Mass but with the criminal machinations of Ozark and is a must-read for horror fans to add to their wish lists.

A Town Called Terror #1 will be available at comic book shops on Wednesday, April 13:

A Town Called Terror #1 will also be available for purchase across many digital platforms, including Amazon Kindle, Apple Books, and Google Play. 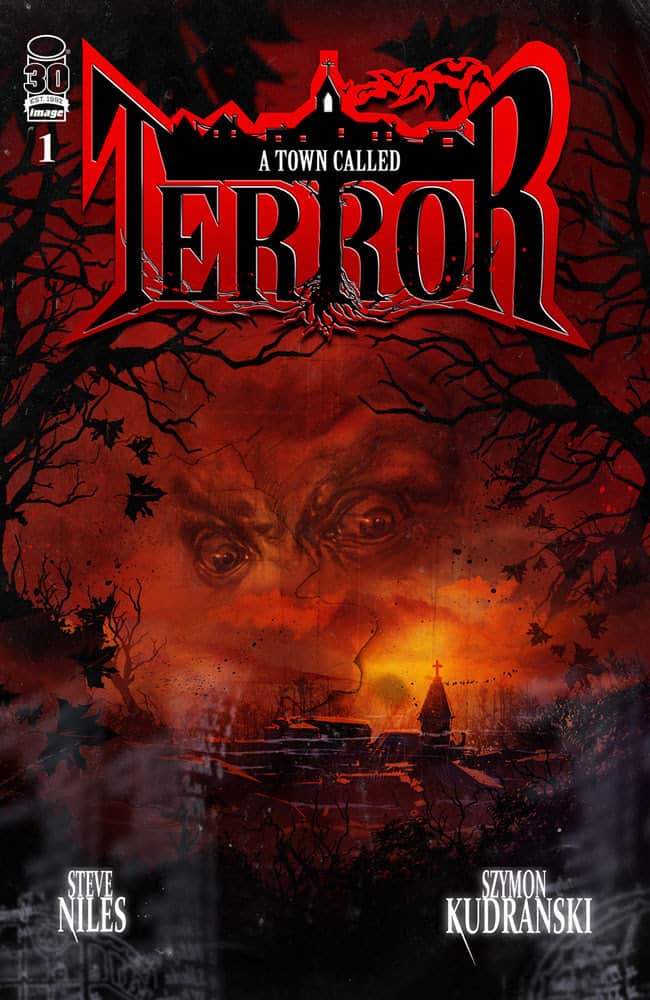 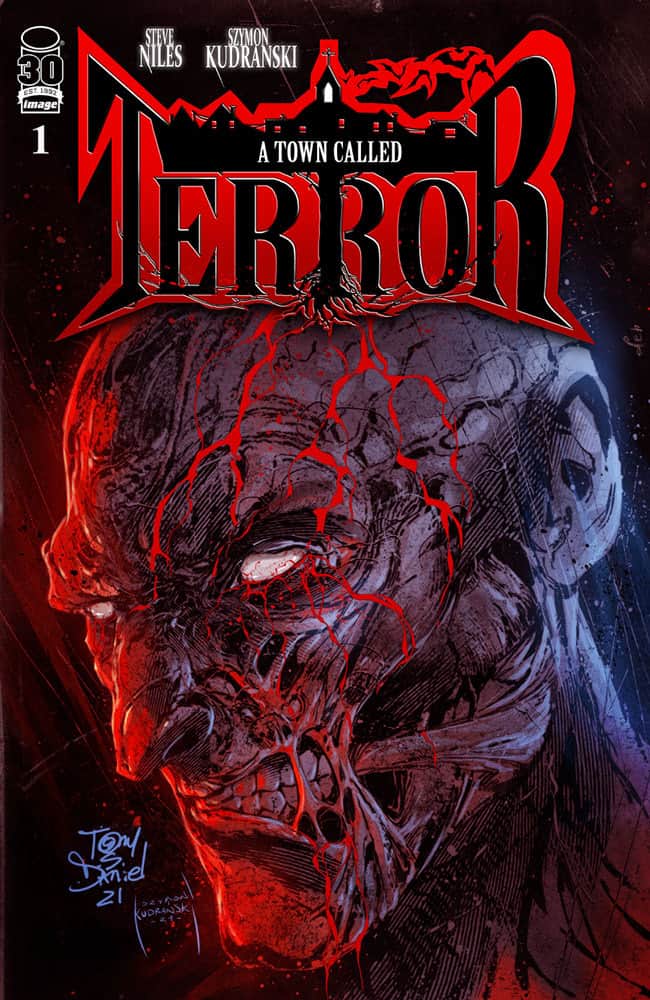 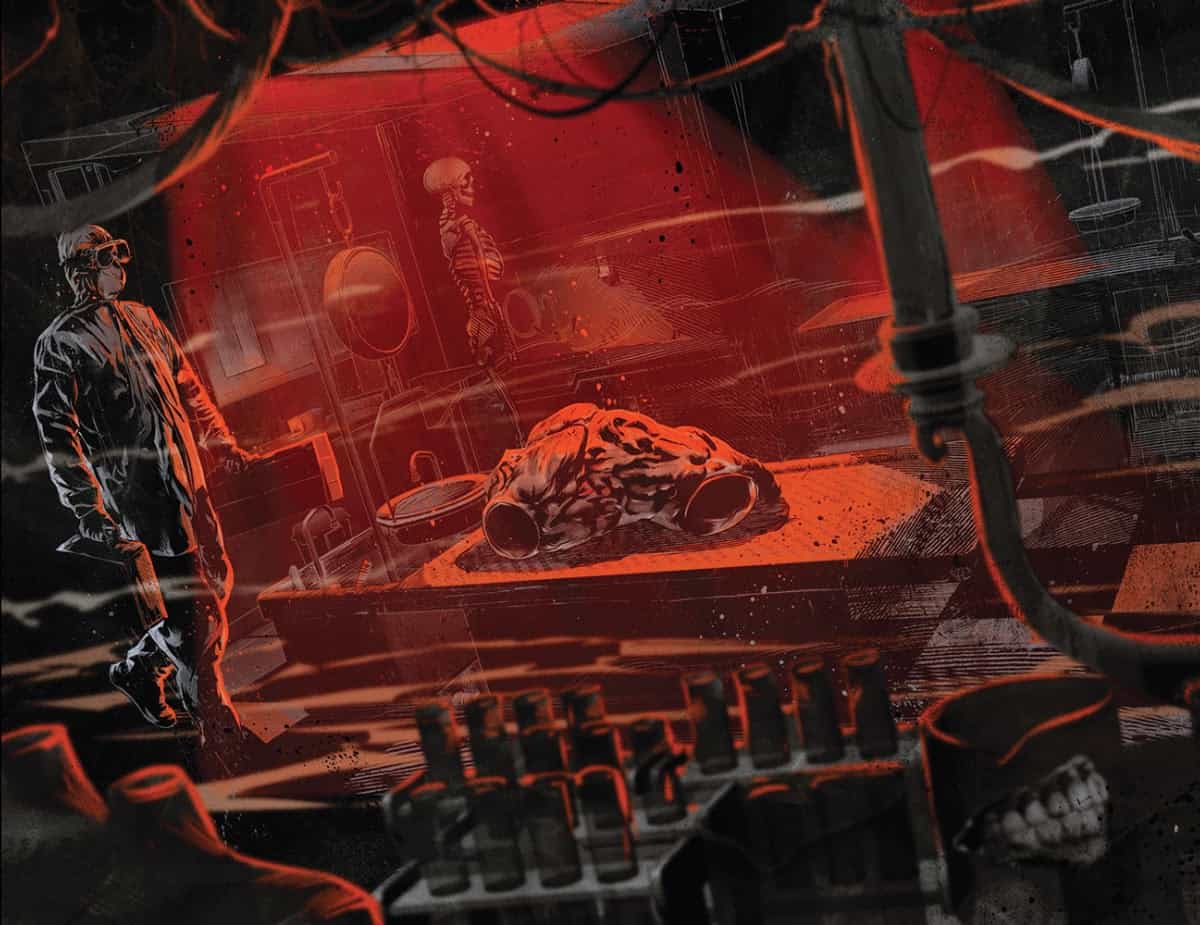 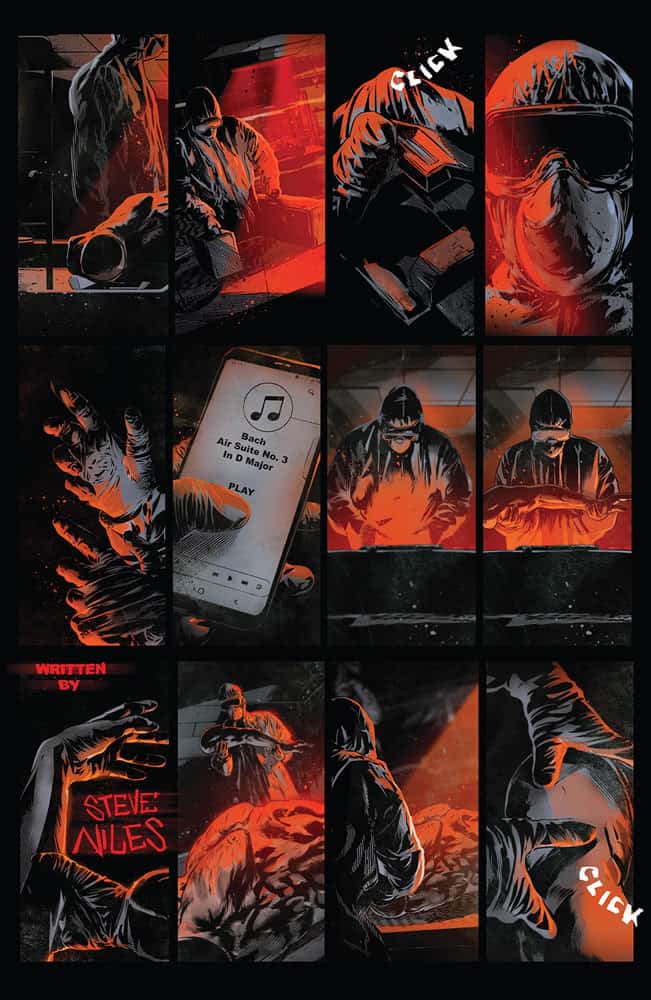 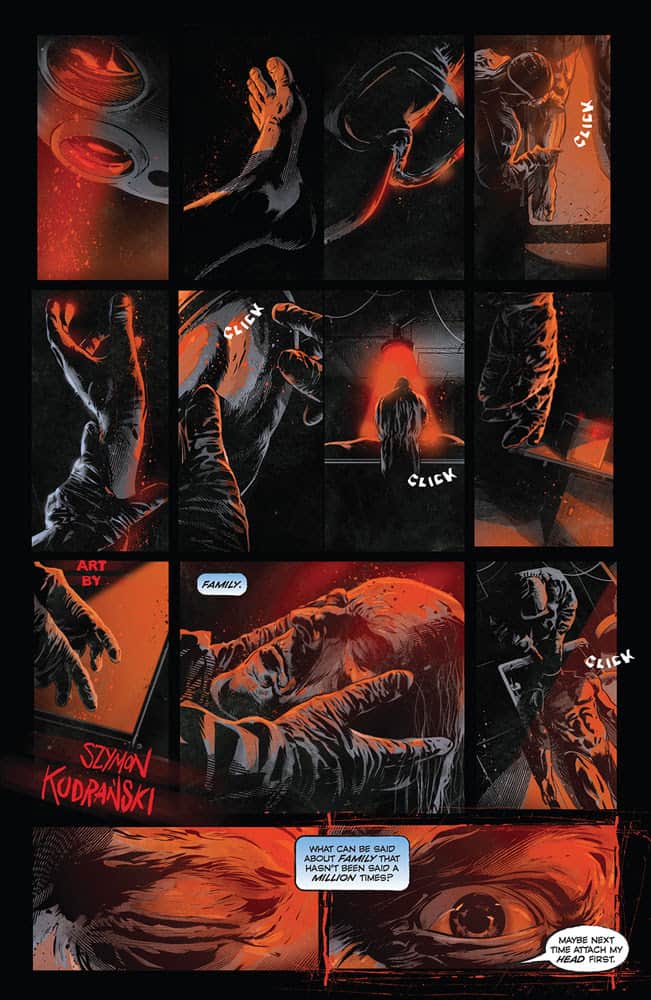