Image/Skybound, in partnership with Anonymous Content, has announced a prequel to the #1 Fiction Audible Original series.  Impact Winter #1, a new post-apocalyptic one-shot coming July 6 from Audible series creator Travis Beacham (Pacific Rim, Carnival Row), artist Stephen Green (Hellboy and the BPRD), colorist Matt Hollingsworth (Batman: White Knight, Little Bird), and letterer AndWorld Design. The epic tale of darkness and light will feature many of the characters made beloved in the heart-stopping audio drama, as well as the first appearance of an important character that has not been introduced in the audio series.

The 40-page extra-length issue takes place several years prior to the events in the audio series—one year since a comet hit Earth, inflicting an “impact winter” and blotting out the sun. Now, the world is a dark, cold landscape ruled by vampires.

“We are so excited to be expanding the epic world of Impact Winter into comic books, and working on this prequel with both Travis and Stephen has been a fantastic experience,” said Amanda LaFranco, Editor at Skybound. “If you’re new to the world of Impact Winter, Darcy’s journey will pull you in and make you want to stick around for more. And if you’re already a fan, this story will shine a light on details that have been brewing since Episode One. It’s a story you do not want to miss!”

In the British countryside, a band of survivors has formed a resistance in the fallout shelter of a medieval castle. Among them is Darcy, a young, headstrong fighter waiting for her chance to prove she can be on the front lines. But when that opportunity comes, Darcy will come face to face with the true horrors of this new world.

“I’m honored and excited to work on such a great script with an excellent team,” said Green. “Nothing is cooler than vampires.”

“For me, the fun thing about Impact Winter is that it can be so many things all at once—fantasy, folklore, gothic horror, post-apocalyptic drama,” added Beacham. “It’s a huge sandbox, with lots of shadowy corners to explore. This story is really just the beginning.”

The epic drama from Audible, Skybound Entertainment, and Anonymous Content debuted in February as the #1 Audible Plus bestseller across categories and the #1 Audible fiction bestseller in its week of launch. This action, romance, coming-of-age story delivers an unprecedented sonic experience via binaural action sequences, original music and incomparable sound design, all of which come together to bring to life this post-apocalyptic world in visceral detail. Impact Winter is now available via all major podcast providers, including Apple, where it has ascended as high as #3 on the fiction podcast charts. 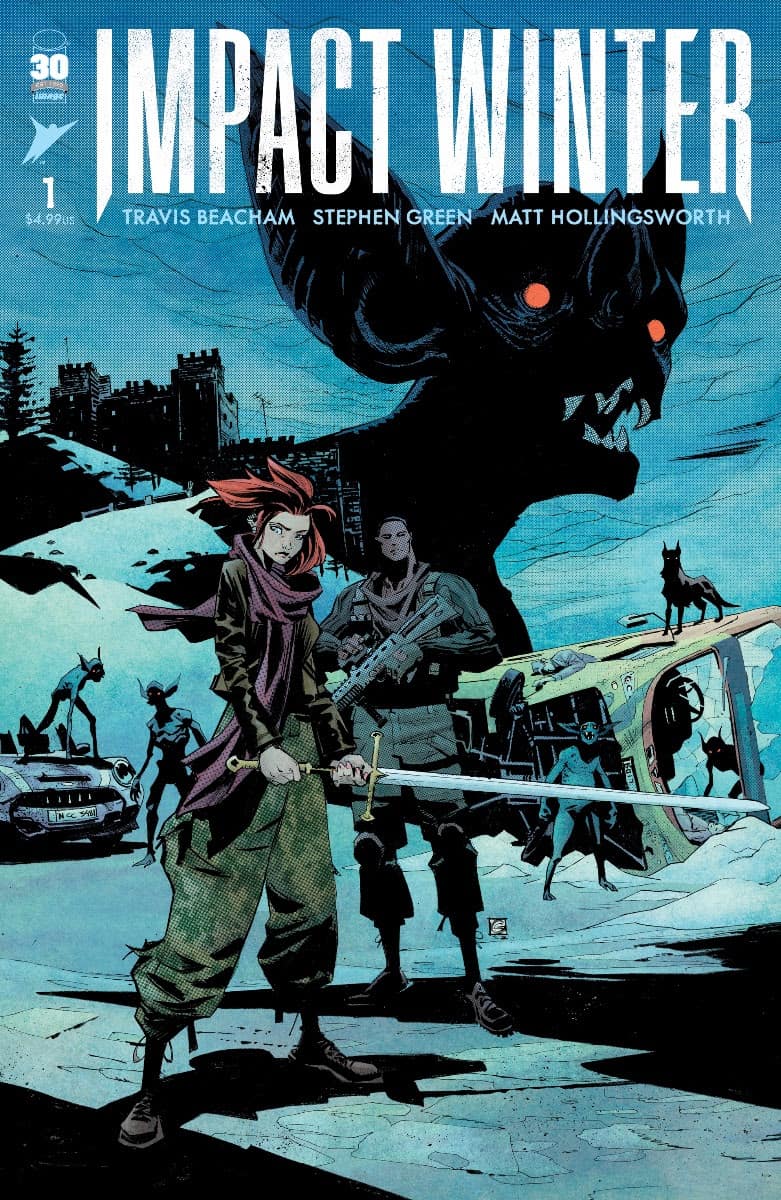 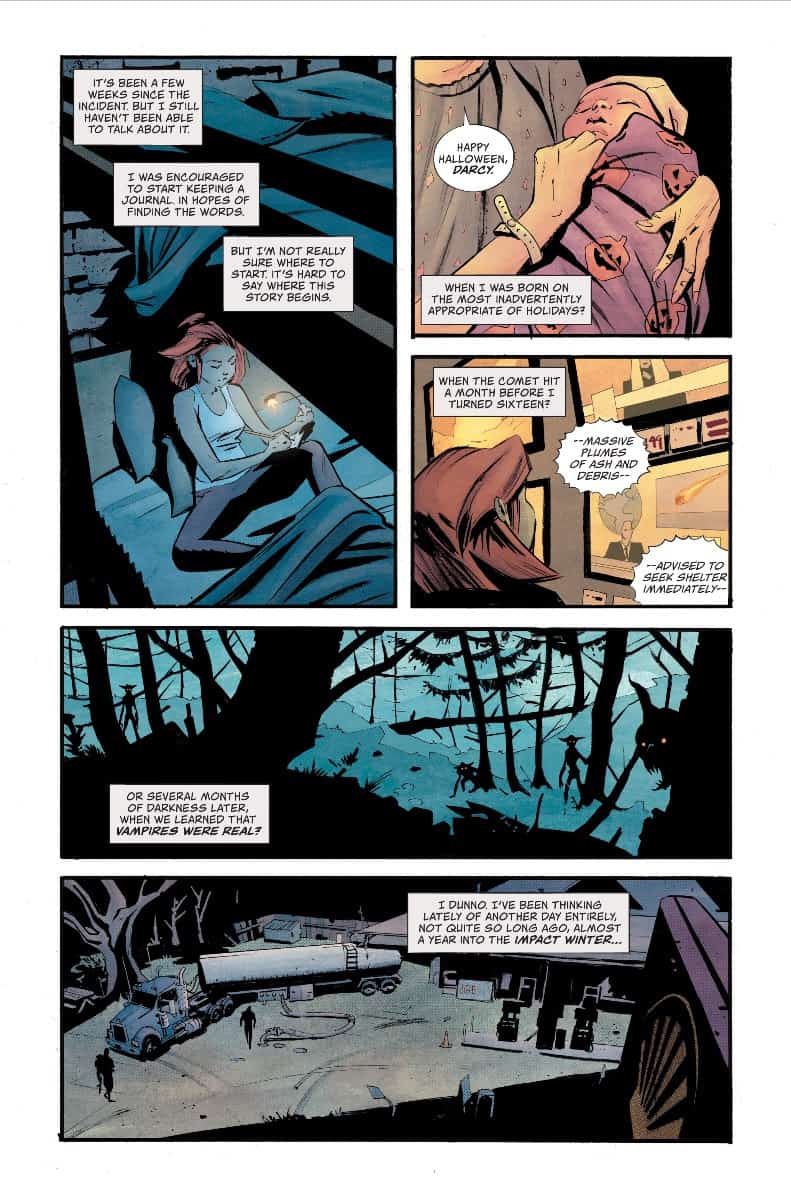 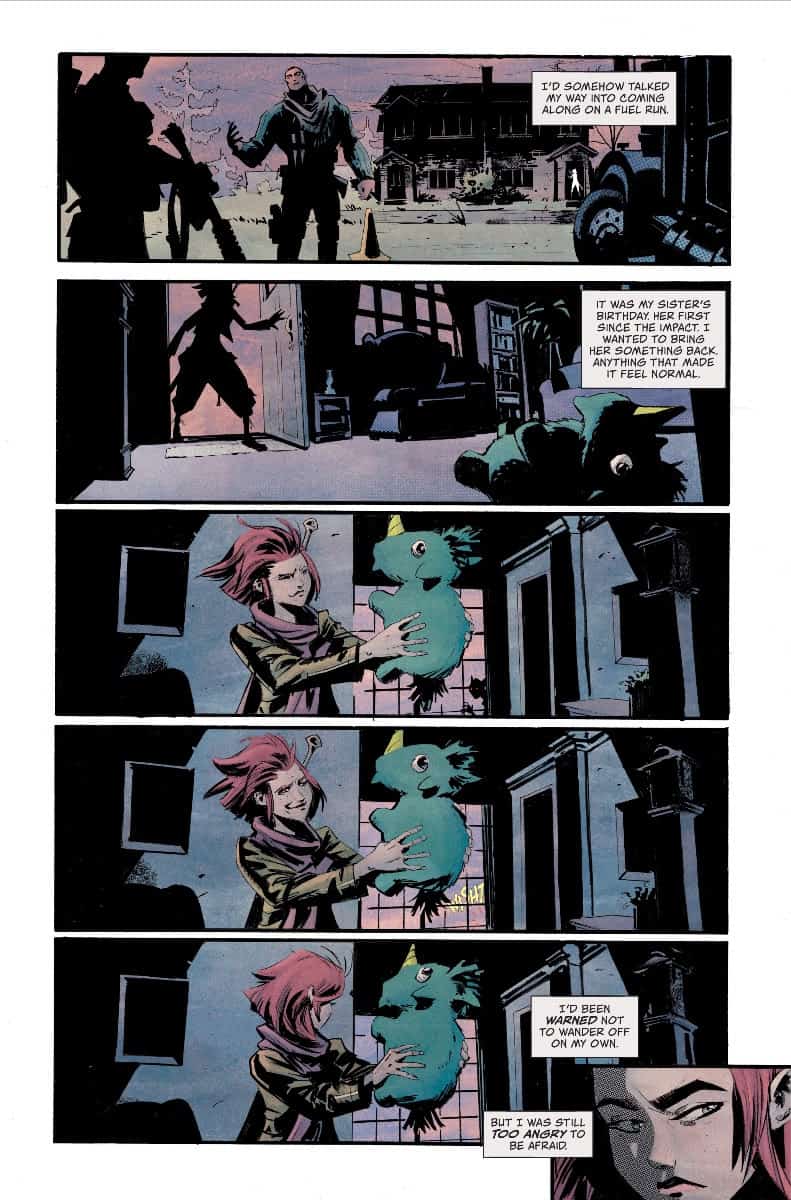 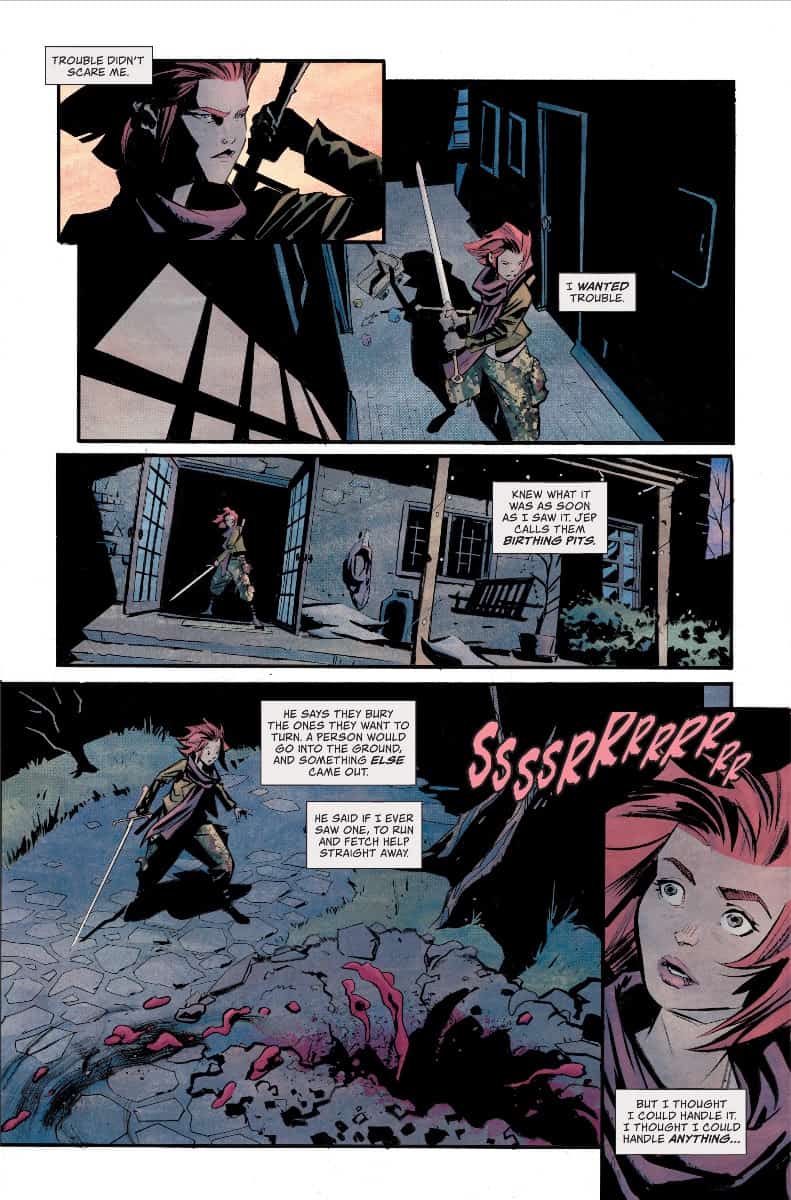 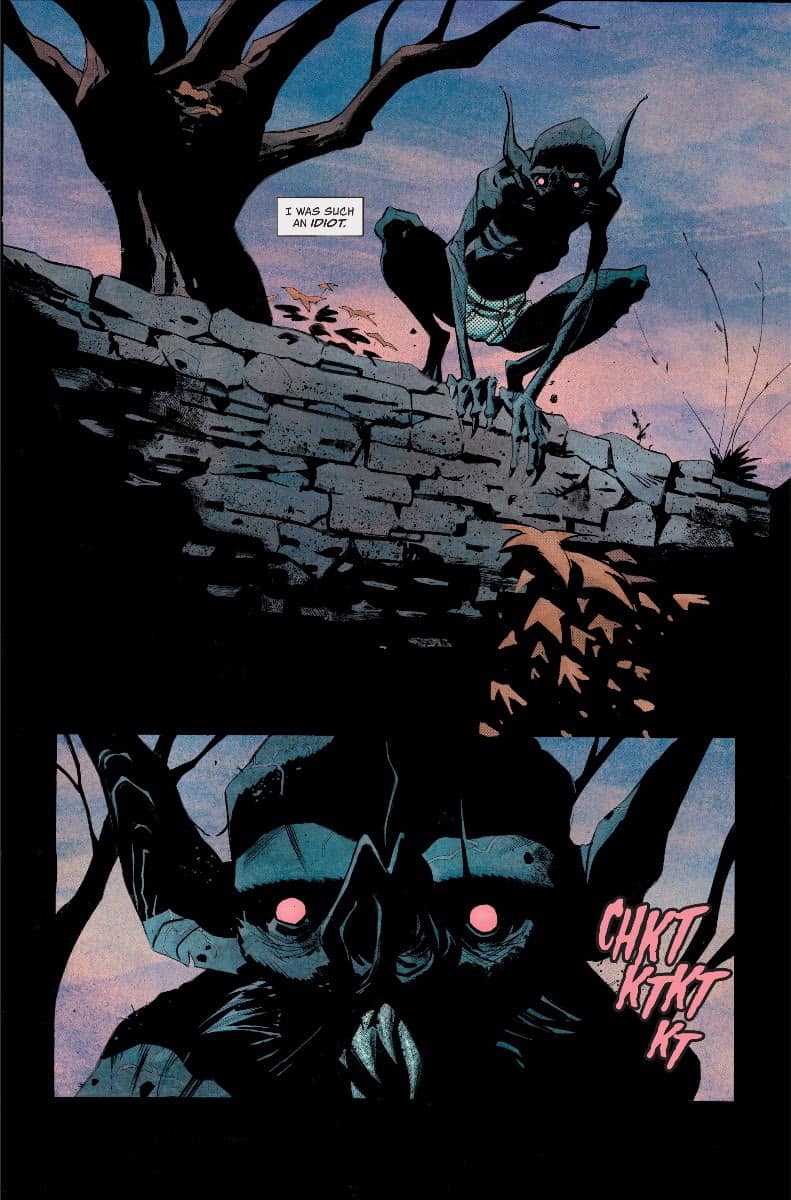 Impact Winter #1 will be available in comic book shops and on digital platforms including Amazon Kindle, Apple Books, comiXology, and Google Play on Wednesday, July 6, 2022.