Iron Circus Comics has launched a Kickstarter campaign for REAL HERO SHIT, a 120-page original graphic novel by acclaimed cartoonist Kendra Wells about a mismatched group of adventurers. The quirky fantasy adventure tale follows a demonic playboy prince, a stoic half-elf, a short-fused mage, and a compassionate cleric as they go forth to protect the innocent, fight injustice, and show off how cool they look.

“Real Hero Shit is the most self-indulgent comic I have ever created,” said Kendra Wells, the acclaimed cartoonist of Tell No Tales: Pirates of the Southern Seas, who has contributed to The Nib and designed characters for Dimension 20’s The Unsleeping City. “I found myself looking at the stories I loved, like the Dragon Age video game series and D&D shows like Critical Role, and was like ‘what’s stopping me from making a story like this? One that is silly and sexy and gay?’ I decided that this would be the kind of story that I wanted to read because if I’m looking for this, other people must be as well. Very ‘if you build it, they will come’, but instead of a baseball field, I’ve made a queer little medieval fantasy book with dick jokes in it.”

In REAL HERO SHIT, people are going missing in a small mountain town, and the city guards are blocked from a real investigation. The notorious Underguild has assigned Michel a secret mission: find the missing villagers and bring whatever kidnapped them to justice. Unfortunately for Michel and his fellow adventurers, Ani and Hocus, they’re short a fighter and need one more party member to foil this plot. Even more unfortunately, the only volunteer seems to be the arrogant, ostentatious, purple playboy Prince Eugene looking to cure his boredom.

Covert is not a concept that Prince Eugene is familiar with, and let’s just say his commitment to the mission is questionable. Every day is basically spring break for Eugene, but outside the palace walls he crashes into a hard reality: the system that kept him safe in his silk-sheeted bed isn’t particularly concerned with the well-being of anyone who isn’t him. Eugene will have to level-up his awareness if he means to be a real hero, and time is running short!

“Real Hero Shit is EVERYTHING we look for in an Iron Circus title,” said Iron Circus Publisher Spike Trotman. “Beautifully-drawn, hilarious, and moving. I straight-up consider it our 2022 flagship title.” 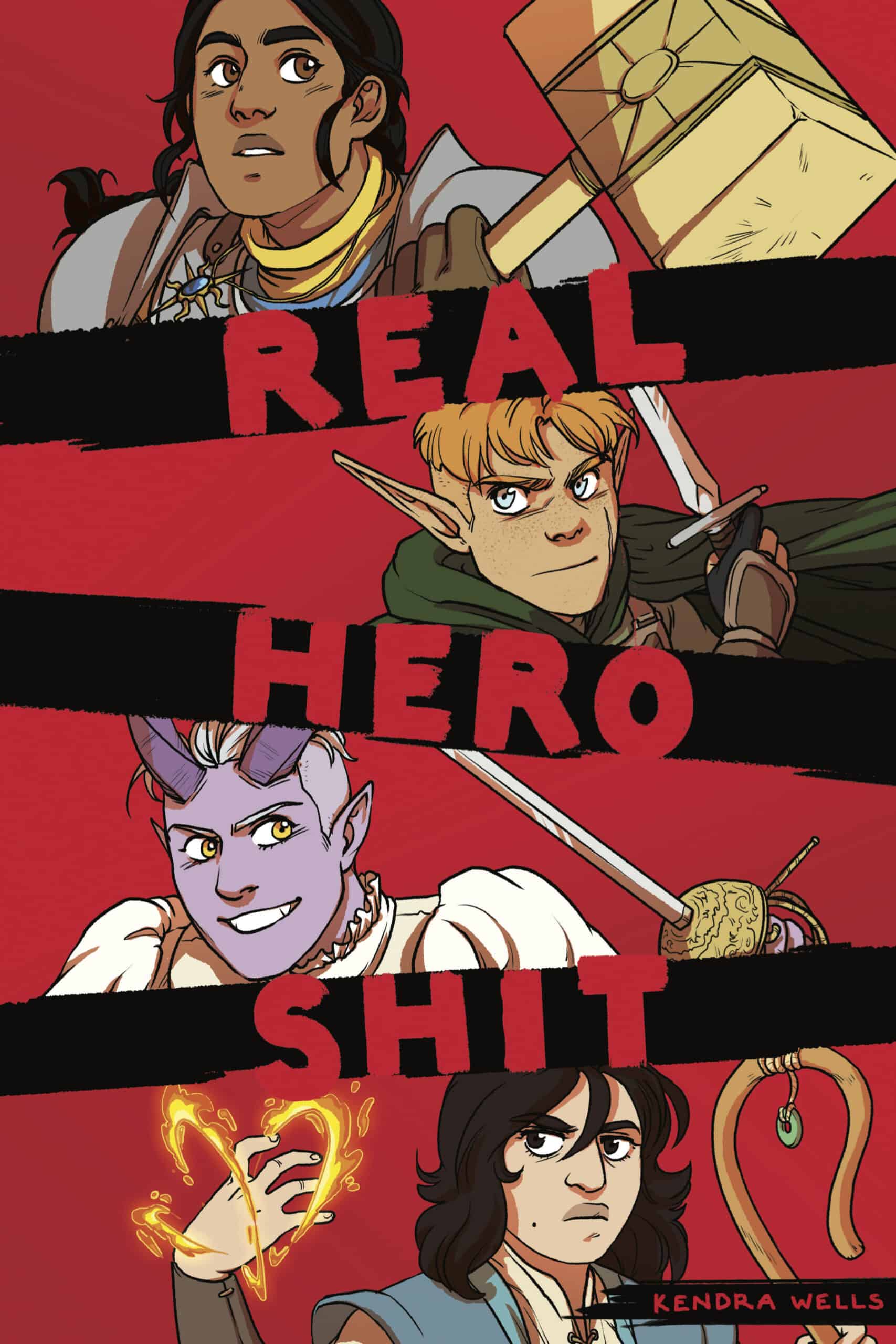