NEWS WATCH: It’s Time To Bride Or Die In Action Lab’s “GOING TO THE CHAPEL #4” This December

Will the Bad Elvis gang’s last stand go off without a hitch?

It’s time to bride or die, as the year’s funniest crime comic reaches its grand finale in GOING TO THE CHAPEL #4! With the police about to storm the chapel, Emily must choose her allegiances and her own uncertain future. Can Emily face her fears of lifelong commitment, or will her anxieties be dashed by a runaway bullet? Fans of Crowded, Sex Criminals and The Fix should not miss Ringo Award-nominated writer David Pepose (Spencer & Locke) and superstar artist Gavin Guidry (The Death Defying)’s thrilling conclusion, due in stores and digital December 2019, featuring a show-stopping main cover from Fence artist Johanna the Mad!

Cover B by Maan House 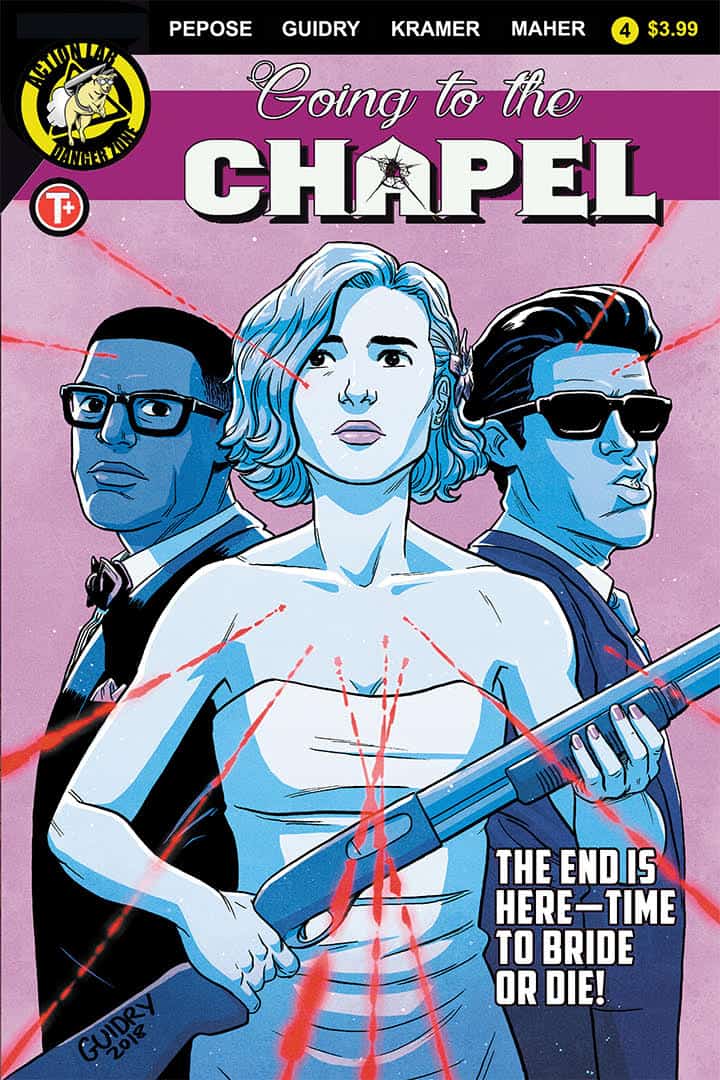 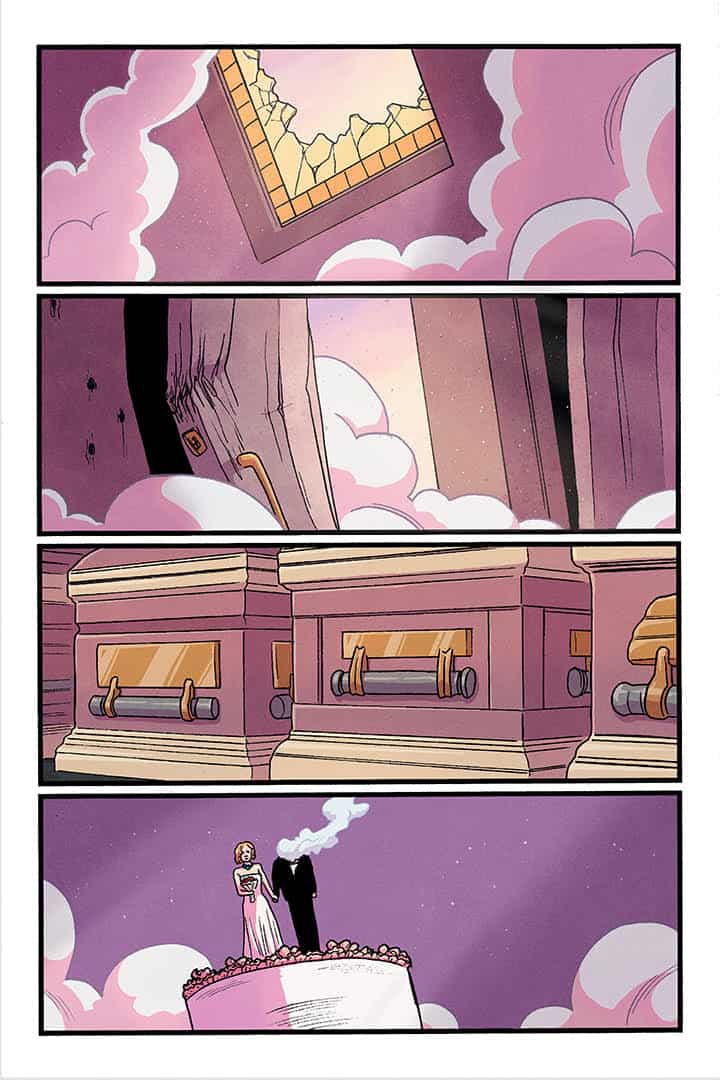 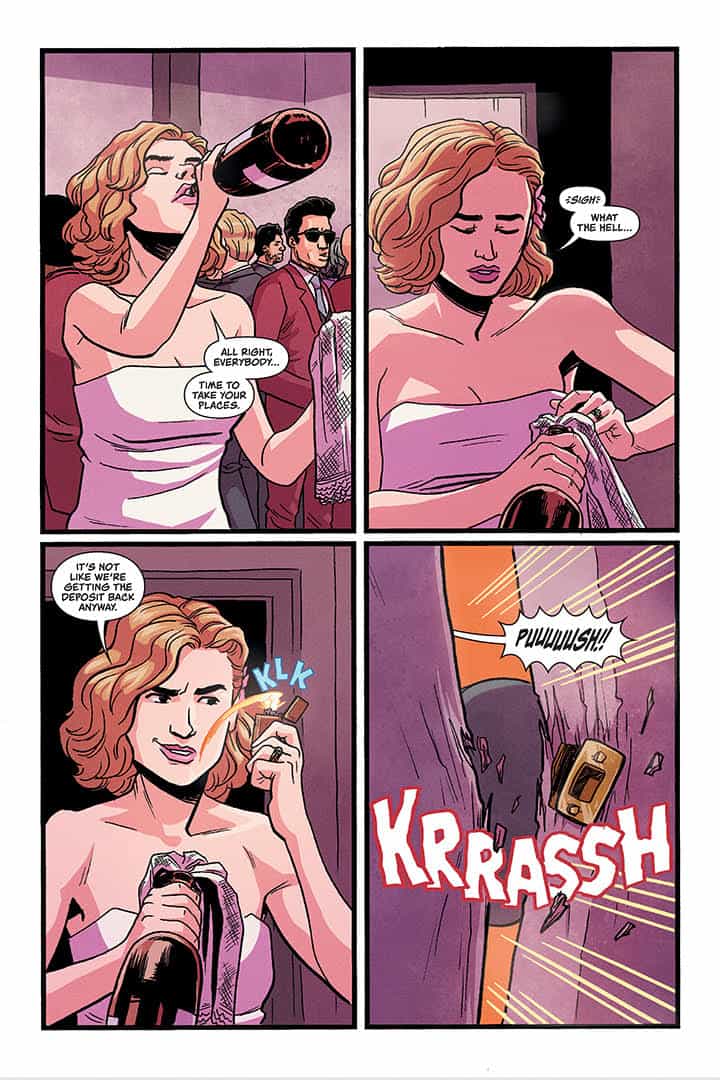 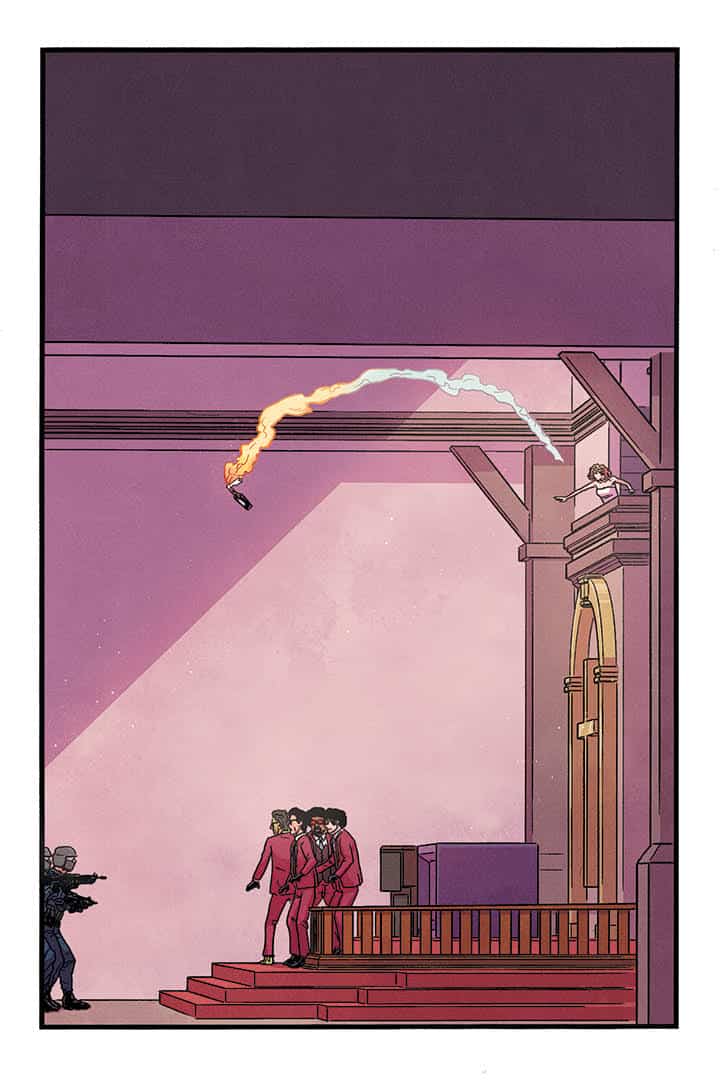 “David Pepose and company are creating an unexpected hit here. The twist on the typical heist story keeps everything fresh, and the eccentric characters are full of charm. Fans of heist movies and fun comedy should be reading this book. Don’t sleep on it.” – Sequential Planet

“A hilarious romp of a comic that fearlessly ups the ante and finds a sweet spot between absurd and dysfunctional for its characters.” – Comics Bookcase

GOING TO THE CHAPEL #4, Due In Stores and Digital December 2019 from Action Lab: Danger Zone.

NEWS WATCH: It’s Time To Bride Or Die In Action Lab’s “GOING TO THE CHAPEL #4” This December