The countdown that has had every Spider-Man fan wildly speculating for days has finally reached it’s end, bringing a truly surprising announcement about a brand new series. 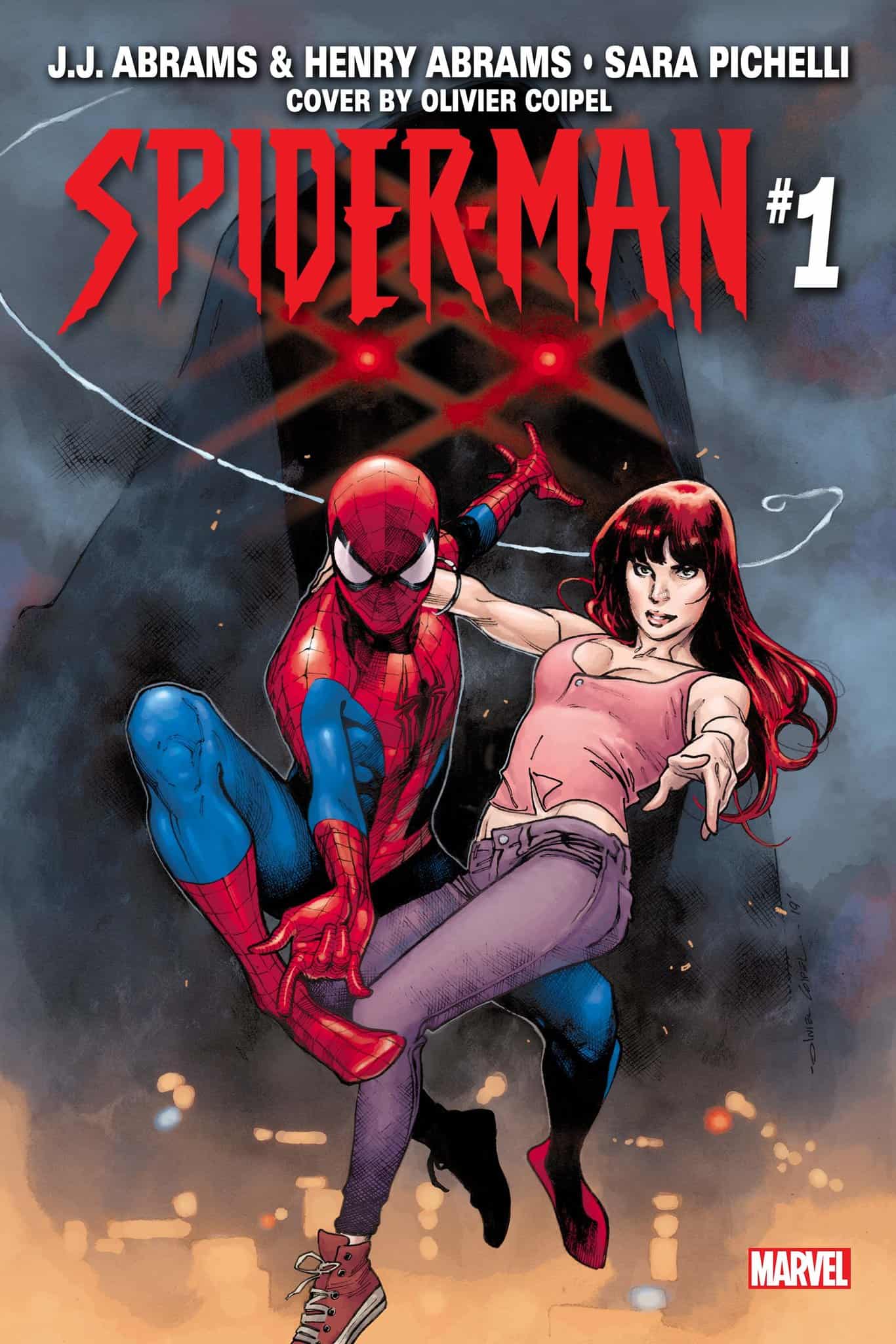 That’s right, J.J. Abrams and his son, Henry Abrams, will be writing a new five-part Spider-Man comic series with art from Sarah Pichelli, colors by Dave Stewart and an amazing cover by Olivier Coipel set to arrive this September.

The two have created what they describe as “a new and different and exciting take on Spider-Man” and will be introducing a new villain named Cadaverous who will reportedly be causing problems for Peter Parker and Mary Jane Watson.

How did the two of you writing this comic come about?

J. J. This is Henry Abrams’s first interview ever.

HENRY I’m nervous, but I will do my best. Nick Lowe, the editor of this comic, reached out about 10 years ago. More recently we began to develop an idea: a new and different and exciting take on Spider-Man.

J. J. Nick had been pressing me to do a book with him. A year or so ago, I started talking about it with Henry and it sort of happened organically. And that has been the joy of this. Even though I’ve been talking to Nick for a long time, weirdly, this feels like it just sort of evolved from the conversations of Henry and I, having ideas that got us excited and Nick being open to the collaboration.

Were you both comic book fans growing up?

HENRY Most of my exposure to comics came when I was super young: Calvin and Hobbes, Tintin, Spy vs. Spy. I did have a Marvel compendium when I was 6 or 7 that I adored and I would always land on this page of Spider-Man, not knowing anything about the character or the back story or the powers, but connecting with the visual designs of Steve Ditko. I didn’t really start reading him until I was 11 or 12. And at that point, I realized that this is a character that I see myself in and that was probably the first time I ever felt that way with any fictional character.

J. J. I remember working in a comic store in high school and there was the Amazing Fantasy comic that Spider-Man first appeared in that they had under glass. It really wasn’t until that job that I started to get into comics. And while I’ve never been the die-hard comics fan that Henry is, I’ve always appreciated the way that an emotional and weirdly relatable story is being told through this extraordinary circumstance.

How was it to work together on this?

HENRY I feel like I’ve developed not just as a writer, but someone that can appreciate stories more. Spider-Man is one of those superheroes where the more you read about him, for me at least, the less I understand him. He’s so anti-everything that you’d expect from a hero. I think Stan Lee said something about putting the human in superhuman. That is what we’re trying to do.

J. J. It’s been wild for me from having worked with writers for many years to work with my son on something and to get pages back after we’ve talked through an outline. To be honest, I wasn’t sure going into it what it would be like — neither of us were.

What was it like seeing the artwork come in?

J. J. I would equate the experience a bit like working on a movie. You have an idea for what Maz Kanata’s castle will look like. [Maz Kanata is the “Star Wars” bar owner who claims Chewbacca is her boyfriend.] It’s theory for months and months, and then you go through phases and design. Then one day you walk onto the set and you’re standing there. You might not be shooting, but you’re just standing on the set. And to get Sara’s artwork, the black and white early renderings, to get those, it’s weird because you’re suddenly looking at a brilliant artist’s interpretation of work that you’ve been talking about for a long time.

Would you want to do more comics, time allowing?

HENRY Obviously, there is an undeniable privilege here, and I’m not ignorant of that. I think part of creating is creating on your own. My hope and my goal is to do that after this. I can’t believe this opportunity was afforded to us. It’s been a great excuse, especially during the year when I’m in college, just to call and talk about the story.

Be sure to check back for more information on this new Spider-Man comic series as it is released!