NEWS WATCH: J.J. ABRAMS, The Modern Master Of Mystery, Makes His Mark On Marvel In The SPIDER-MAN #1 TRAILER!

The All-Star team of J.J. Abrams, Henry Abrams, and Sara Pichelli assembles for this sensational series! 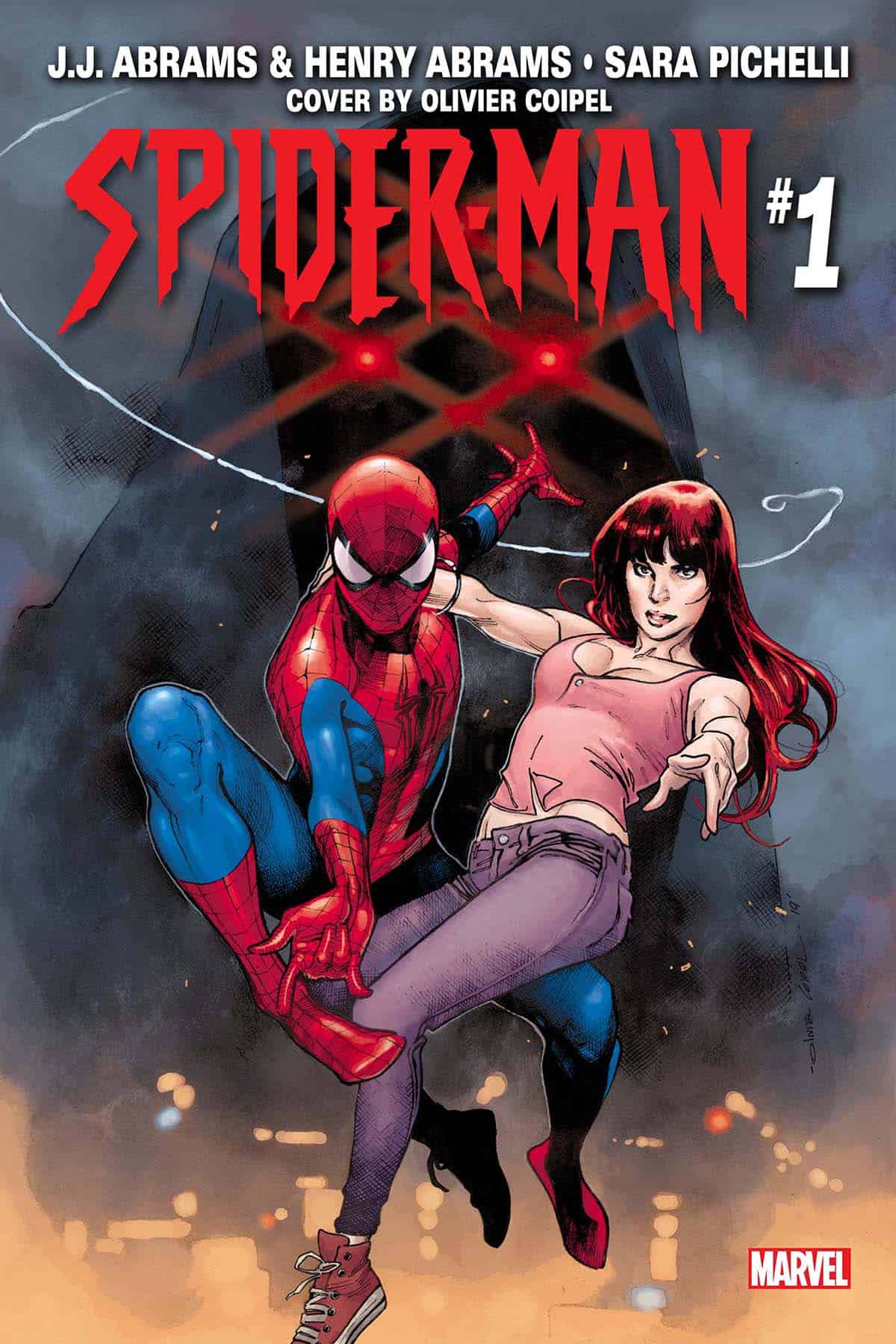 J.J. Abrams takes the webbed wonder to new heights when he and his son Henry partner with legendary spider-artist Sara Pichelli for a Spider-Man story like you’ve never seen before! Cadaverous, a terrifying new villain, will force Spidey to make some of the hardest choices of his life. Can he protect MJ, Manhattan…or even himself? Check out this brand new trailer for SPIDER-MAN #1 featuring Executive Editor Nick Lowe and writers J.J. and Henry Abrams!

“Having these geniuses working together on Spider-Man, the greatest fictional character of all time, couldn’t be better,” Lowe exclaimed, a sentiment shared by the Abrams. “We knew [Sara Pichelli’s] stuff – she’s a genius,” J.J. added. “The fact that we got Sara to do this book was the luckiest gift of all time.”

Henry Abrams went on to shed more light on the creative team’s thinking behind the scenes. “Spider-Man in general has been one of the most interesting super hero characters to me – how when he gets stronger, his problems get bigger,” he said. “A large focus on our series was [Spider-Man] as a person and not just him as a mask. So how does he deal with these real issues? It’s been a pleasure exploring that.”

“Cadaverous is one of the most terrifying Spider-Man villains of all time – and that’s saying something,” Lowe warned. “Spidey has faced the Green Goblin, Carnage, Venom, and Cadaverous might be even scarier and a little bit grosser than any of them.”

SPIDER-MAN #1 arrives September 18 in comic shops, on the Marvel Comics App, and on Marvel.com! To find a comic shop near you, visit www.comicshoplocator.com or call 1-888-comicbook.

NEWS WATCH: J.J. ABRAMS, The Modern Master Of Mystery, Makes His Mark On Marvel In The SPIDER-MAN #1 TRAILER!