This August Marvel Comics will proudly celebrate the 60th anniversary of Spider-Man with the  landmark issue, AMAZING FANTASY #1000! This giant-sized one-shot will be a collection of stories exploring the past, present and future of Amazing Spider-Man storytelling brought to life by some of the industry’s top creators.

No Spidey celebration would be complete without the work of acclaimed Spider-Man artist, J. Scott Campbell, the top-selling artist behind some of the most iconic AMAZING SPIDER-MAN covers in Marvel history has crafted a gorgeous new variant cover that fans can check out now!

And Spidey isn’t the only Marvel hero celebrating a milestone! Campbell’s AMAZING FANTASY #1000 variant cover will be the latest in his series of stunning Anniversary Variant Covers that mark the anniversary of some of Marvel’s greatest characters.

Also hitting stands in August will be Campbell’s Anniversary Variant Covers for both THOR and HULK, with many more to come! And all these stunning pieces will also be available as Virgin Variant Covers!

In a press release from Marvel, Campbell said about the opportunity:

“It’s a thrill and an honor to create cover art celebrating the 60th anniversary of characters that have become so iconic and ingrained in our culture. I really wanted to make images that would have a visual bridge from the pulpy 4 color origins of these monumental heroes to the modern-day slick coloring and production we are now all familiar with.” 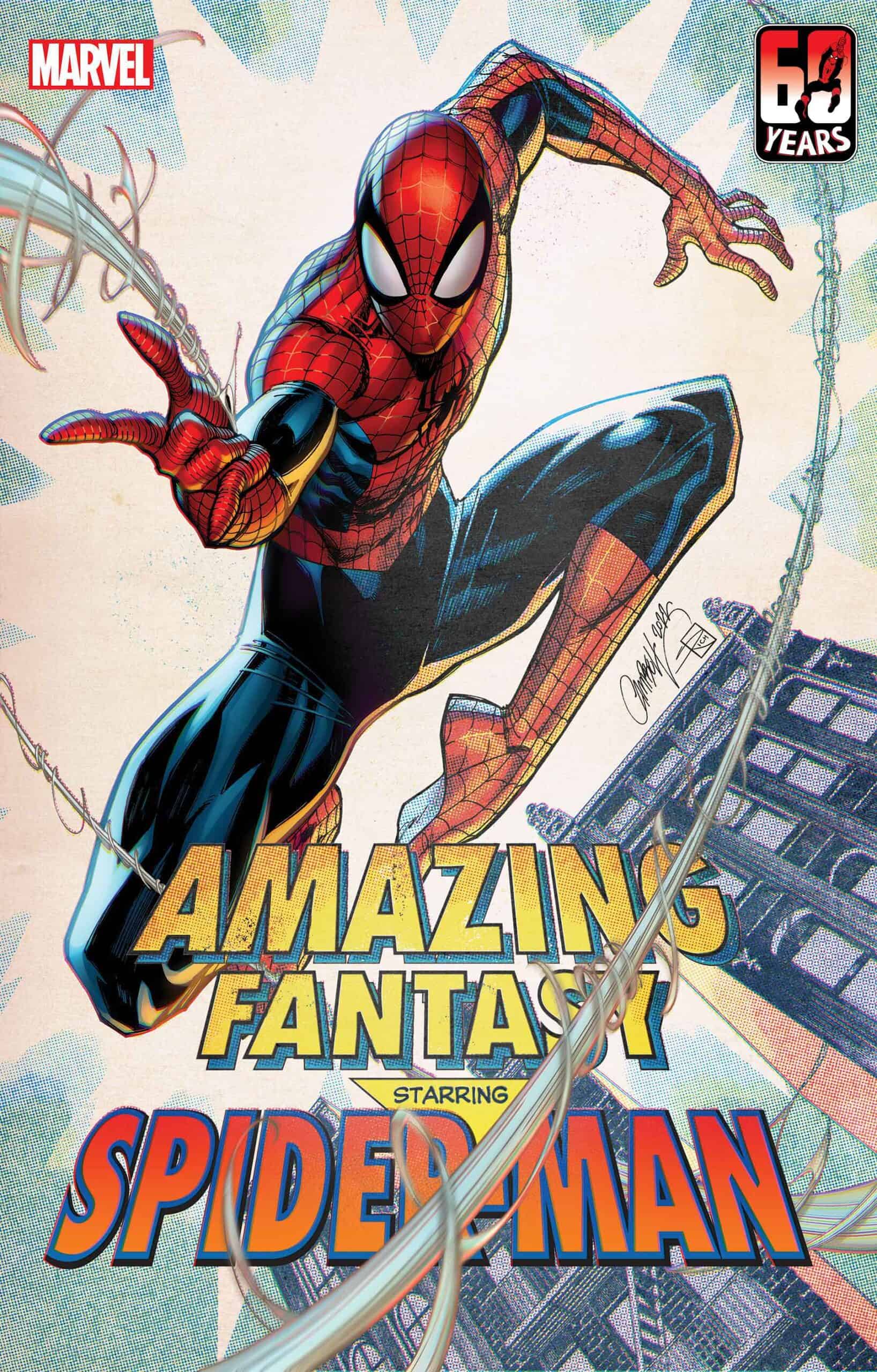 More Coming Soon so stay tuned for the reveal of more of J. Scott Campbell’s Anniversary Covers in the coming months!