Jackson Hyde finally has it all. Mentors who support him, a community that loves him, an honest relationship with his mother, a cute new guy in Amnesty Bay who’s caught his eye, and access to Aquaman’s private training facility in Atlantis. Well, he had it all—until that training facility and half of the Atlantean palace got blown to kingdom come with Jackson in them. Now Jackson stands accused of wrecking the life he worked so hard to build. Aqualad’s going to need all of his skills, wit, and cunning just to prove his own innocence, let alone graduate from sidekick to Aquaman!

Written by Brandon Thomas (Future State: Aquaman) and drawn by Diego Olortegui, along with artists Wade von Grawbadger, Scott Koblish, Skylar Patridge and Adriano Lucas, Aquaman: The Becoming is a six-issue miniseries that will shine the spotlight on the DC Universe’s newest Aqualad for the very first time! Take a look into the first issue and, to be sure you get a copy at launch, preorder Aquaman: The Becoming from your local comic shop before August 29! Aquaman: The Becoming #1 arrives wherever comic books are sold on September 21. 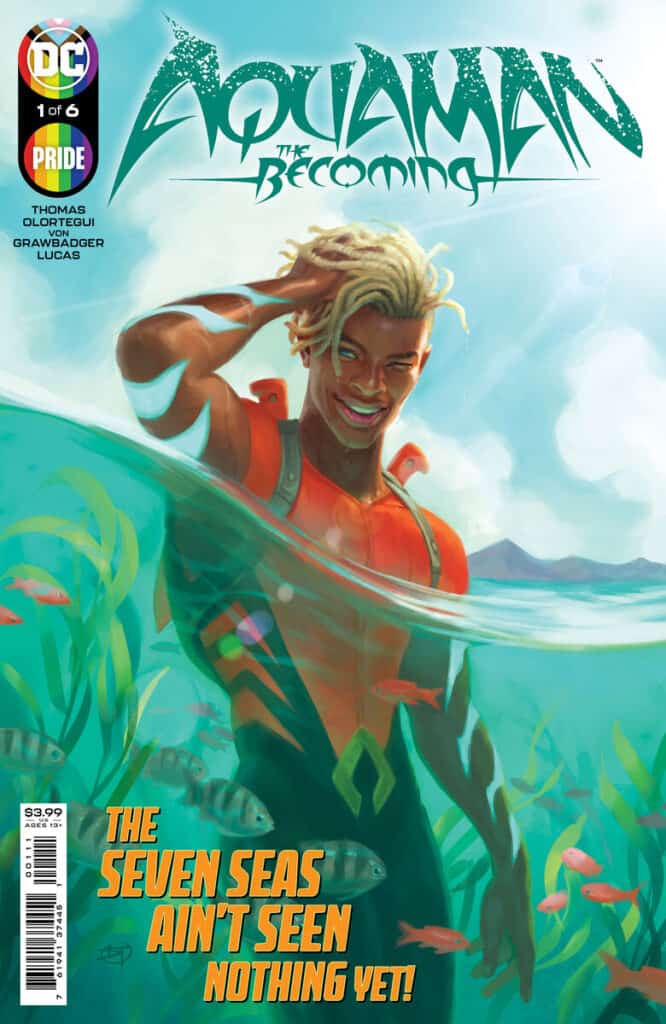 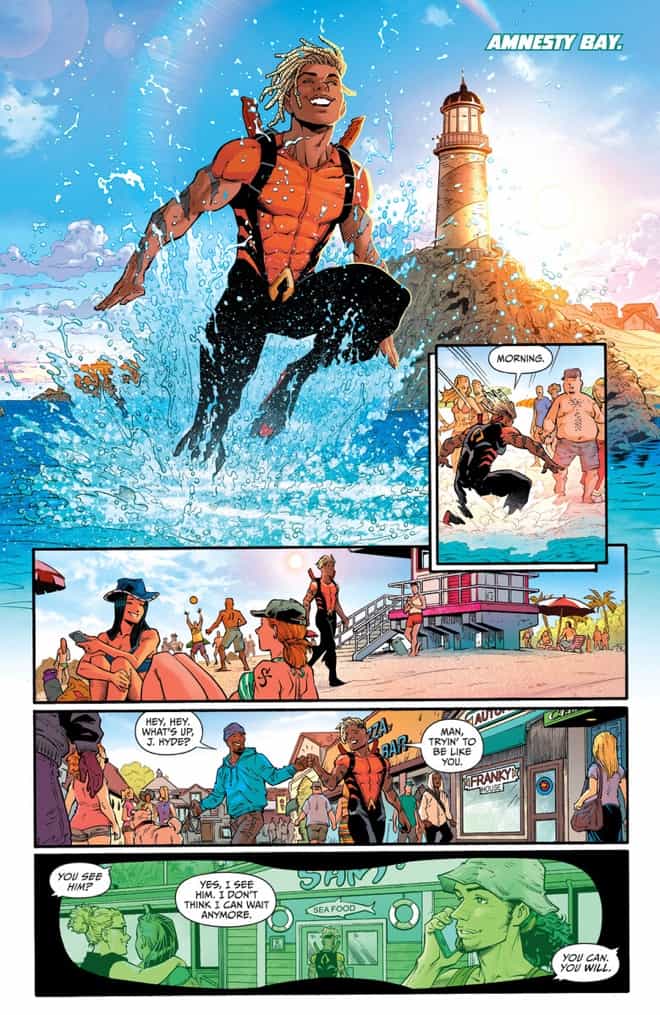 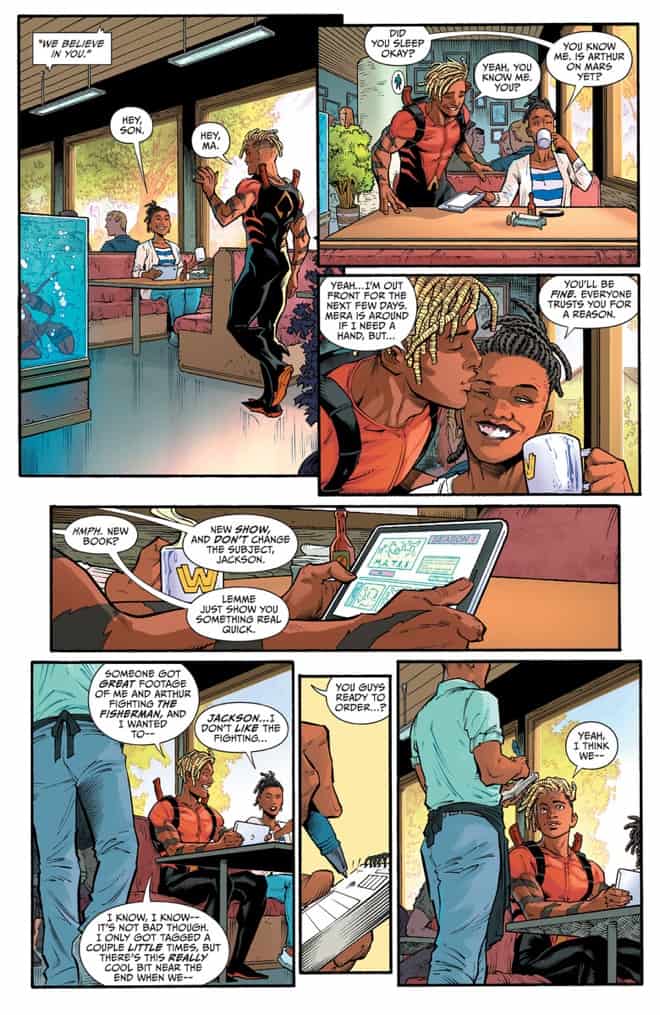 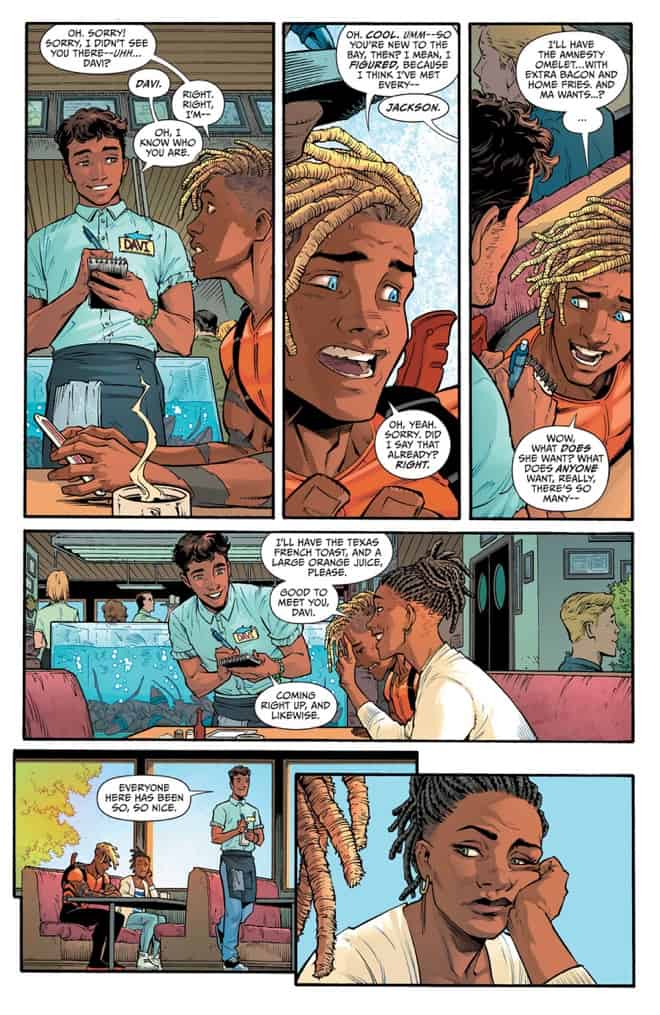 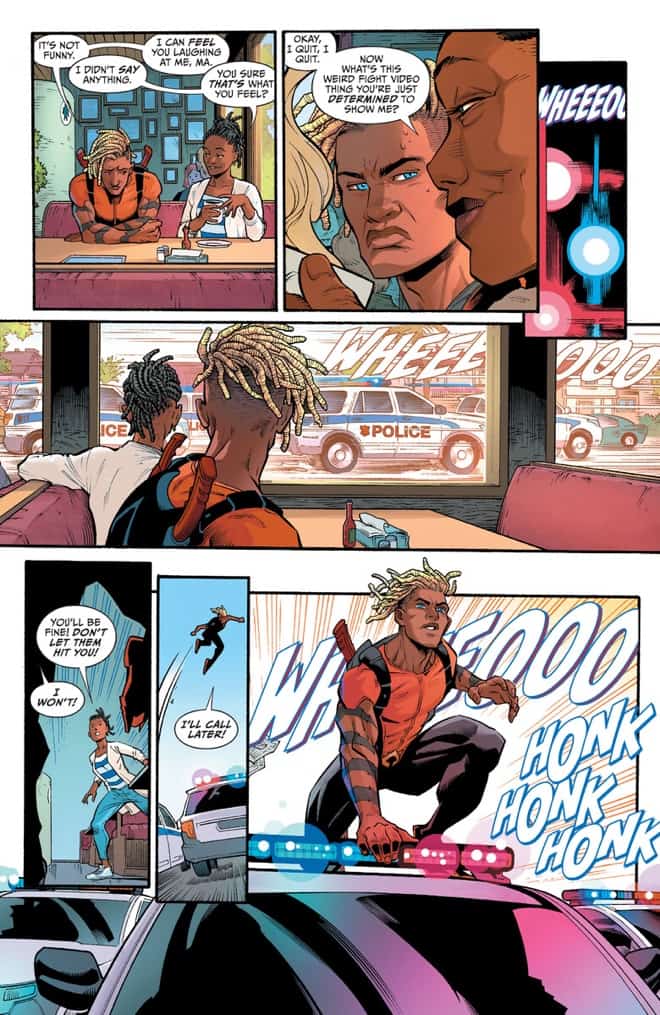 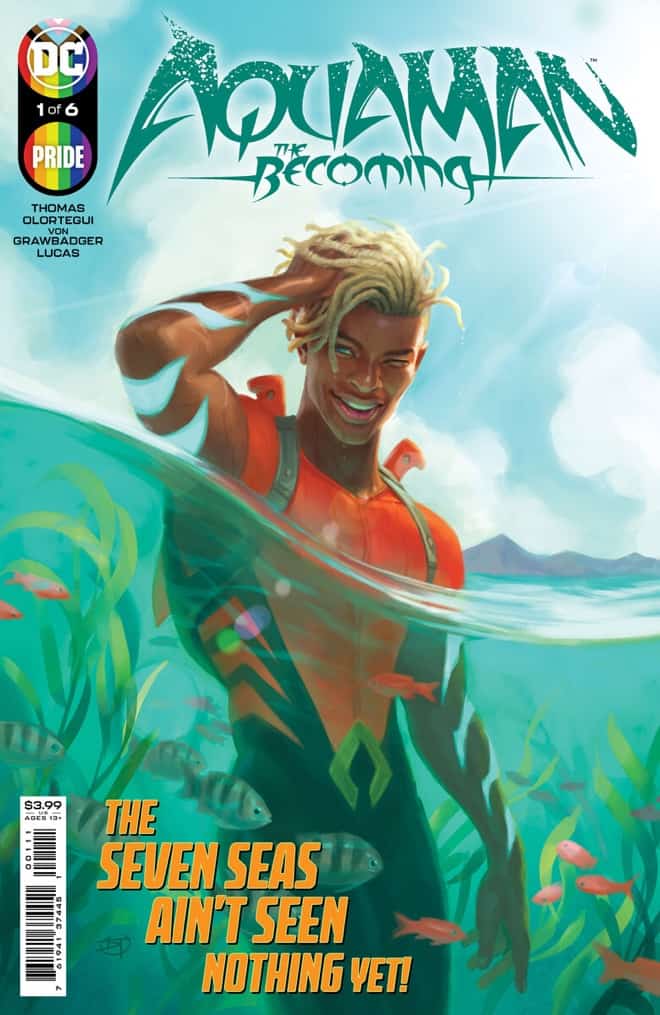 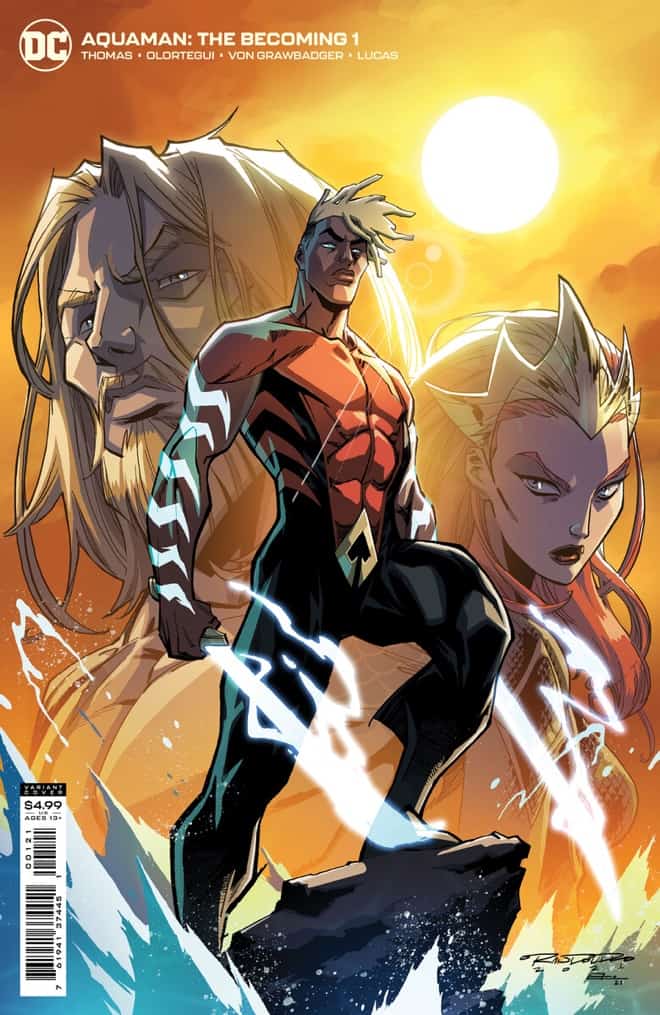 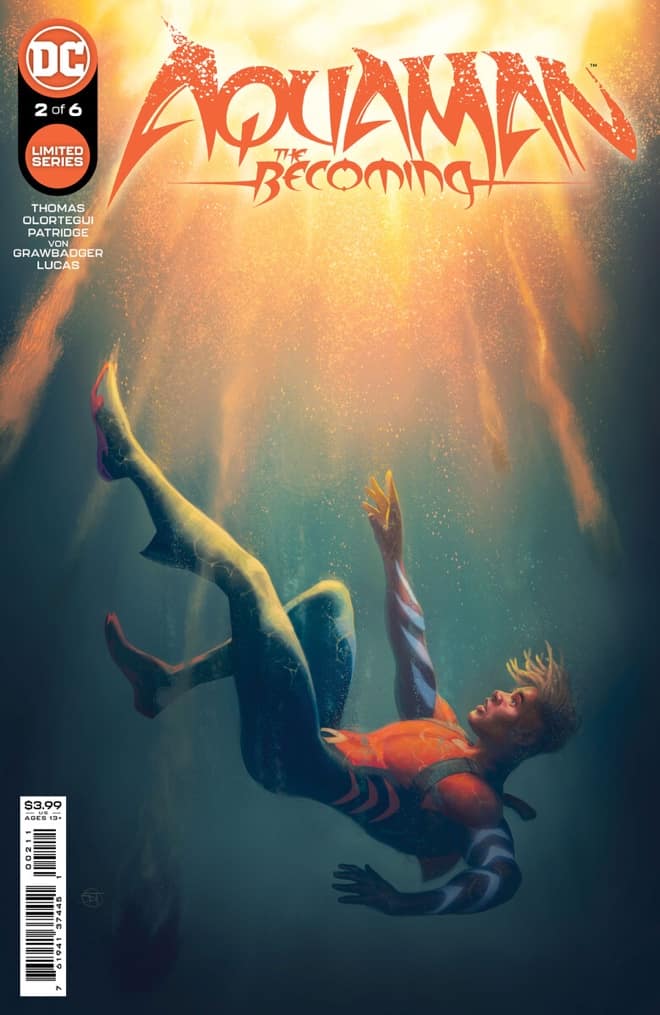 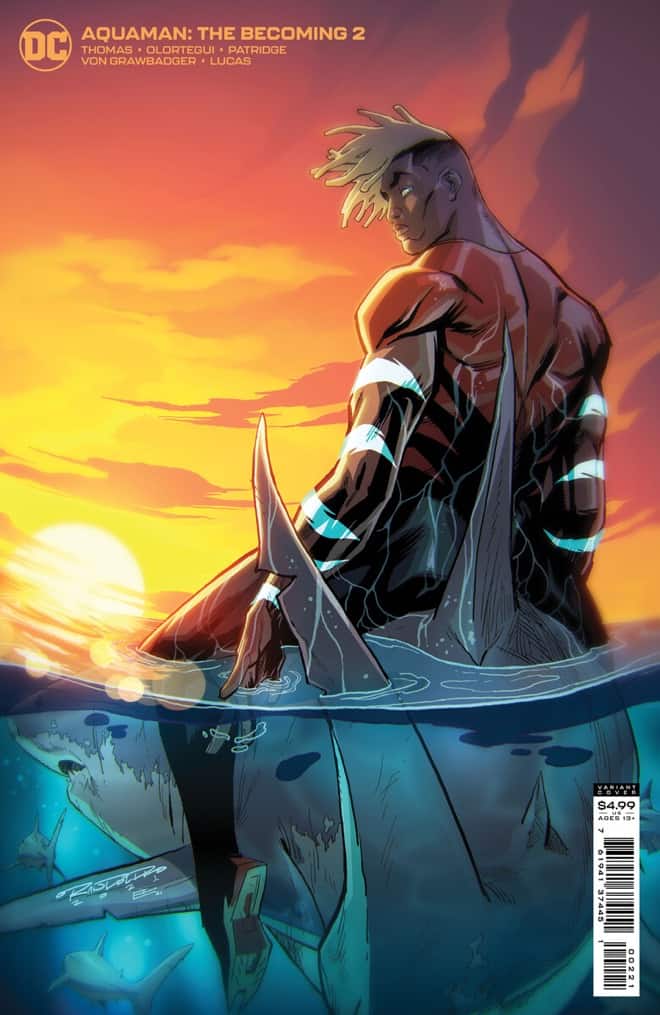 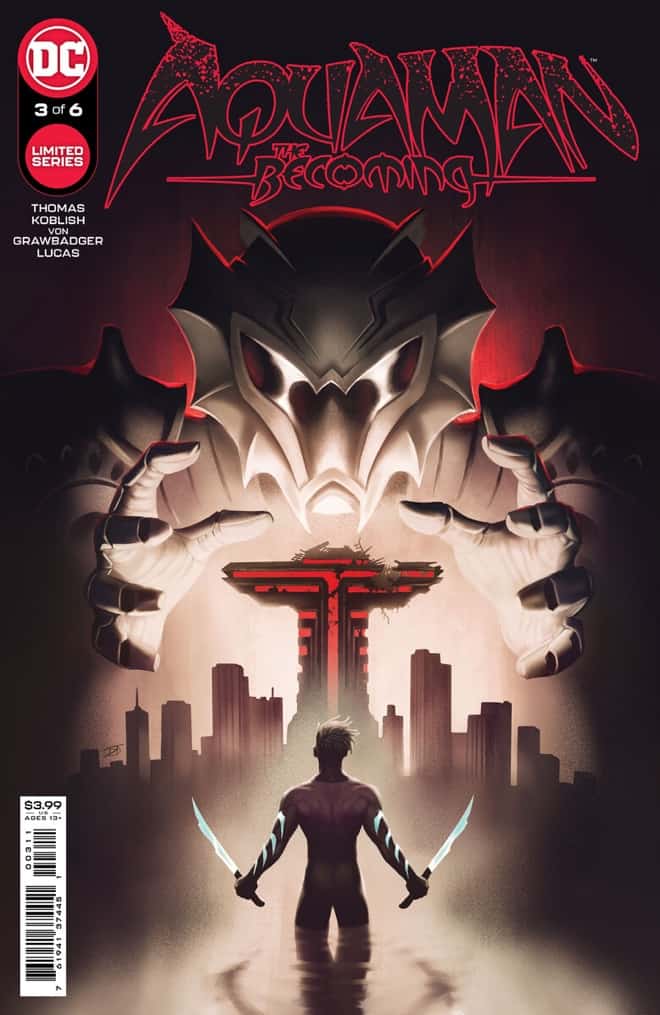 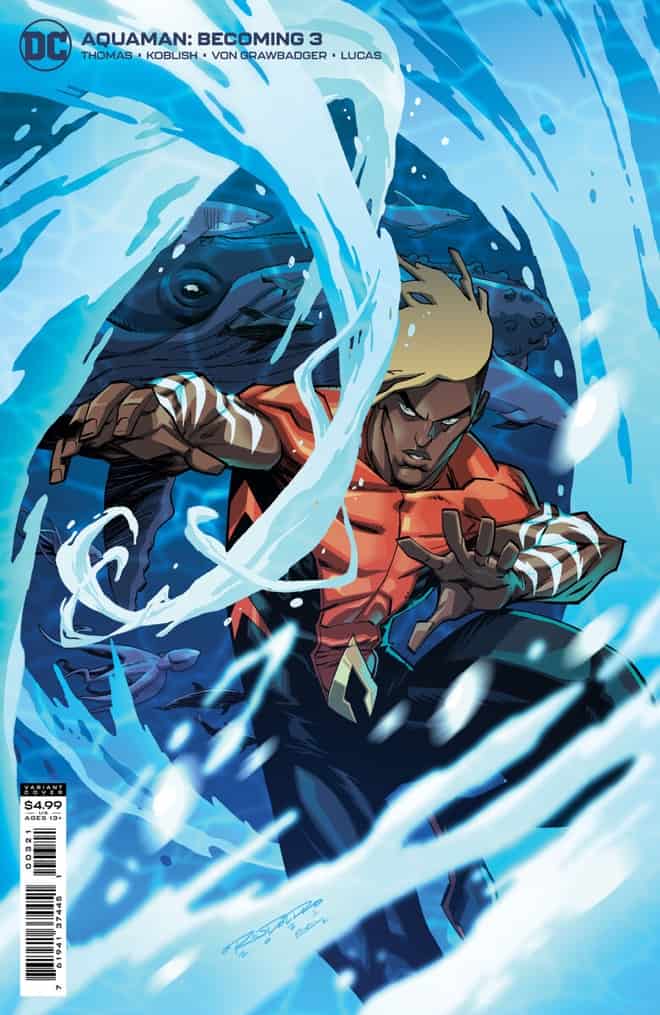 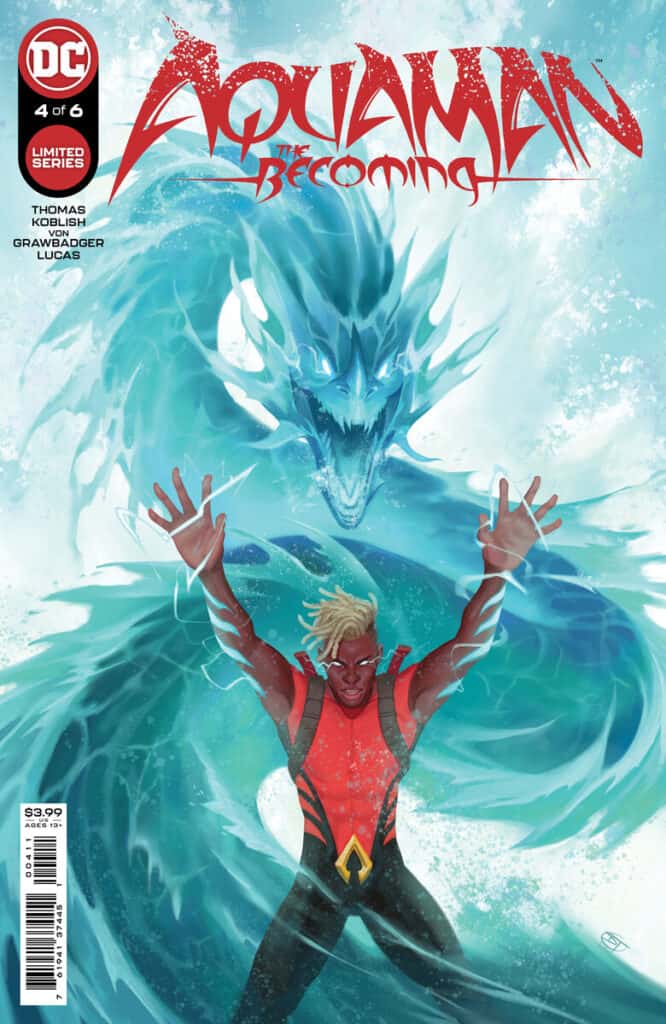 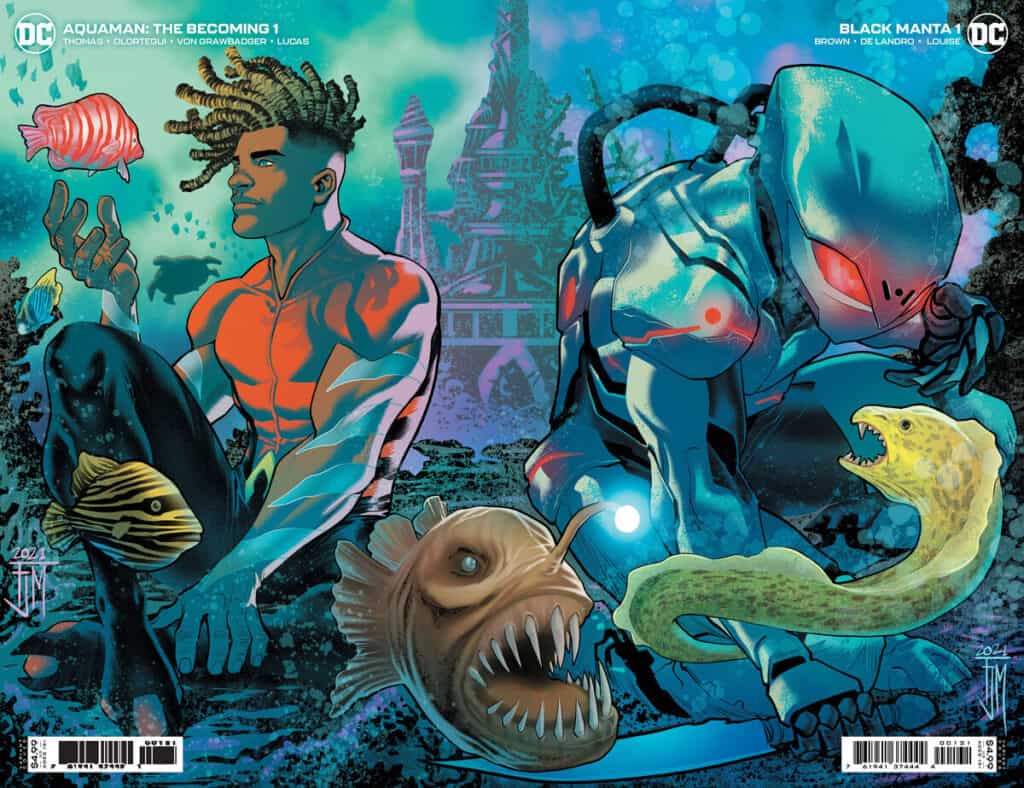 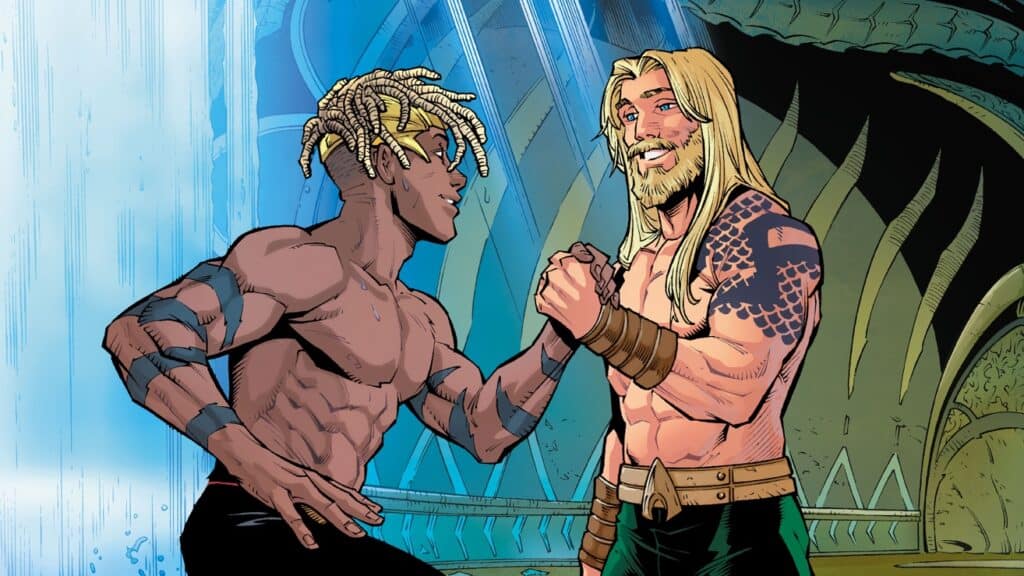 “Aquaman: The Becoming is a coming-of-age story for Jackson Hyde, marking his final transformation from Aqualad to Aquaman,” said Thomas. “When the series begins, Jackson has everything he’s ever wanted—acceptance, respect and a strong web of found family and friends around him. He and his mother are finally on the same page and his training with Arthur Curry (with an assist from Batman) is going extremely well. The shadow of his father Black Manta still looms, but he’s refusing to let that completely define him and his life. Everything is perfect.

“So naturally, we spend the entire story challenging and damaging everything he’s created, forcing him to fight for it and prove himself worthy of even having it. Jackson’s spent so much time trying to distance himself from his infamous father, but if he’s going to endure what’s ahead, he’ll need some of that darkness, that commitment to survive against all odds.”

Throughout the new series Jackson will have to confront his past (including a visit to the destroyed and abandoned West Coast Titans Tower!), survive the fight of his life with the mysterious new villain DELUGE, and much more! Is this Aqualad ready to become Aquaman?

Jackson Hyde officially arrives and will headline Aquaman: The Becoming #1 on September 21, but before his big first issue hits shelves, his journey will kick off in Aquaman 80th Anniversary 100-Page Super-Spectacular #1 on August 31 with a short story by Thomas, Olortegui, von Grawbadger and Lucas! Stay tuned!

More about Aquaman: The Becoming can be found here on dccomics.com.

Aquaman: The Becoming by Brandon Thomas, Diego Olortegui, Wade von Grawbadger, Scott Koblish, Skylar Patridge and Adriano Lucas will be available in print and as a digital comic book. Lettering for the series will be by AndWorld Design’s Deron Bennett. Covers are by David Talaski and variant covers are by Khary Randolph and Emilio Lopez. Francis Manapul’s variant cover for Aquaman: The Becoming #1 connects to his variant cover for Black Manta #1 (on sale September 7).