For fans that can’t get enough Razorblades thrills, Tynion IV will also team with Steve Foxe (Party & Prey, TKO’s Tales of Terror) to bring the entire terror sensation so far to Image. It will be collected into a deluxe hardcover format and hit shelves on the same day, Wednesday, April 27.

Razorblades: The Horror Magazine features nearly 400 pages of chills and thrills from some of the most cutting-edge names in the genre. From monsters in the closet to bodies stuffed into washing machines, Razorblades redefines horror comics for the next era. This hardcover will also feature prose, illustrations, and in-depth interviews with horror icons like Scott Snyder. 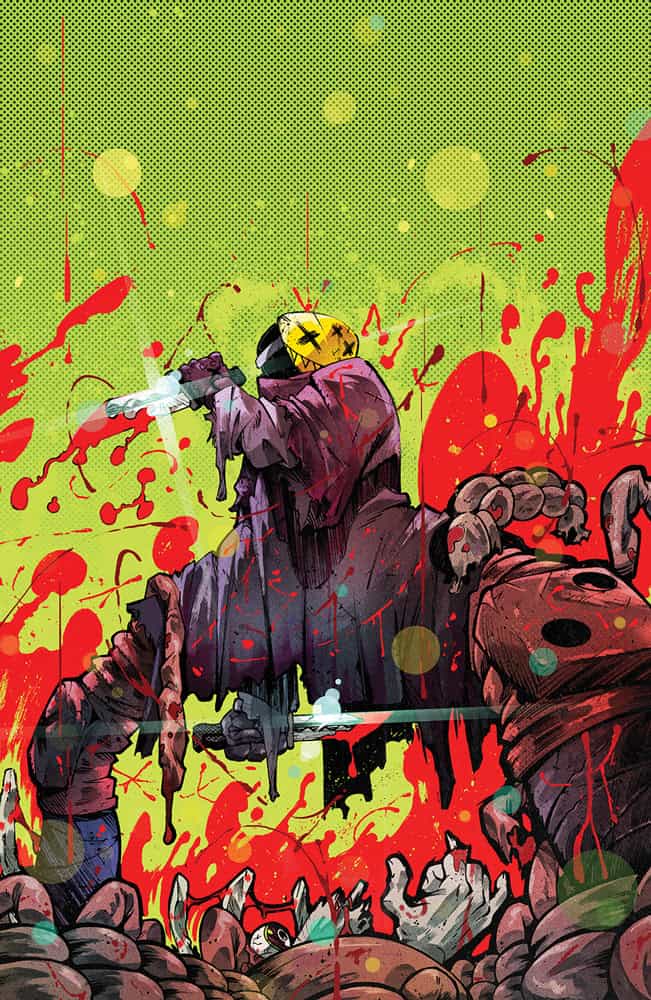 The digital and limited print run of Razorblades: The Horror Magazine #5 is on sale now at ReadRazorblades.com, where horror fans can get a taste of the series ahead of the hardcover collection next year.