This year, Marvel Comics is proud to celebrate the 60th anniversary of the Fantastic Four! Home to concepts and characters that revolutionized comic book storytelling, Stan Lee and Jack Kirby’s beloved creations have enjoyed one of the most memorable sagas in comic book history and this year will see some of greatest adventures yet! Following the highly anticipated BRIDE OF DOOM storyline, August’s FANTASTIC FOUR #35 will be a special giant-sized spectacular that will see series writer Dan Slott teaming up with legendary artist John Romita Jr.

Recently returned to the House of Ideas, Romita Jr. is back to bringing his incredible artwork to Marvel’s biggest heroes, starting with this celebratory 60th anniversary issue for Marvel’s First Family. FANTASTIC FOUR #35 will launch a brand-new storyline that will see every iteration of the iconic villain Kang teaming up for a devious plot that will unravel across Fantastic Four history!

The entire Kang bloodline is out to destroy every era of the Fantastic Four! How can Reed, Sue, Ben and Johnny hope to survive simultaneous attacks across their lifetimes by Rama Tut, the Scarlet Centurion, Kang the Conqueror and Kang’s final descendant, the sinister Scion?! Still dealing with the repercussions of Doctor Doom’s climactic wedding, the groundbreaking changes to the Fantastic Four’s status quo are just beginning. Plus: Mark Waid and Paul Renaud deliver dramatic new insights into the origin of the fabulous foursome in an all-new anniversary tale and a third story written and drawn by Jason Loo in his Marvel Comics debut!

“I’ve read, and been told by much smarter people, that ‘luck is the residue of design’ so I won’t even attempt to claim I designed the events of these last few months, but I will take this kind of luck any day any time,” Romita Jr. said. “I was lucky to begin my career with Marvel and now am extremely lucky to re-connect with Marvel. That’s an enormous amount of good fortune. I sincerely thank all the folks up at Marvel, and Disney, who worked for this fortunate re-connection to happen.

“To add to all this, and I hate to add a third section to my good fortune, is the opportunity to start off with a huge project, which is the 60th anniversary of the Fantastic Four! It is an honor and extreme privilege to be asked to work on this along with a friend and former collaborator, Dan Slott! Along with ink artist JP Mayer, I am looking forward to this being up for viewing in August!”

Check out Mark Brooks’ cover below, spotlighting FF members past and present, interior art from John Romita Jr., and be on the lookout for more exciting news about the Fantastic Four’s fabulous 60th anniversary celebration! 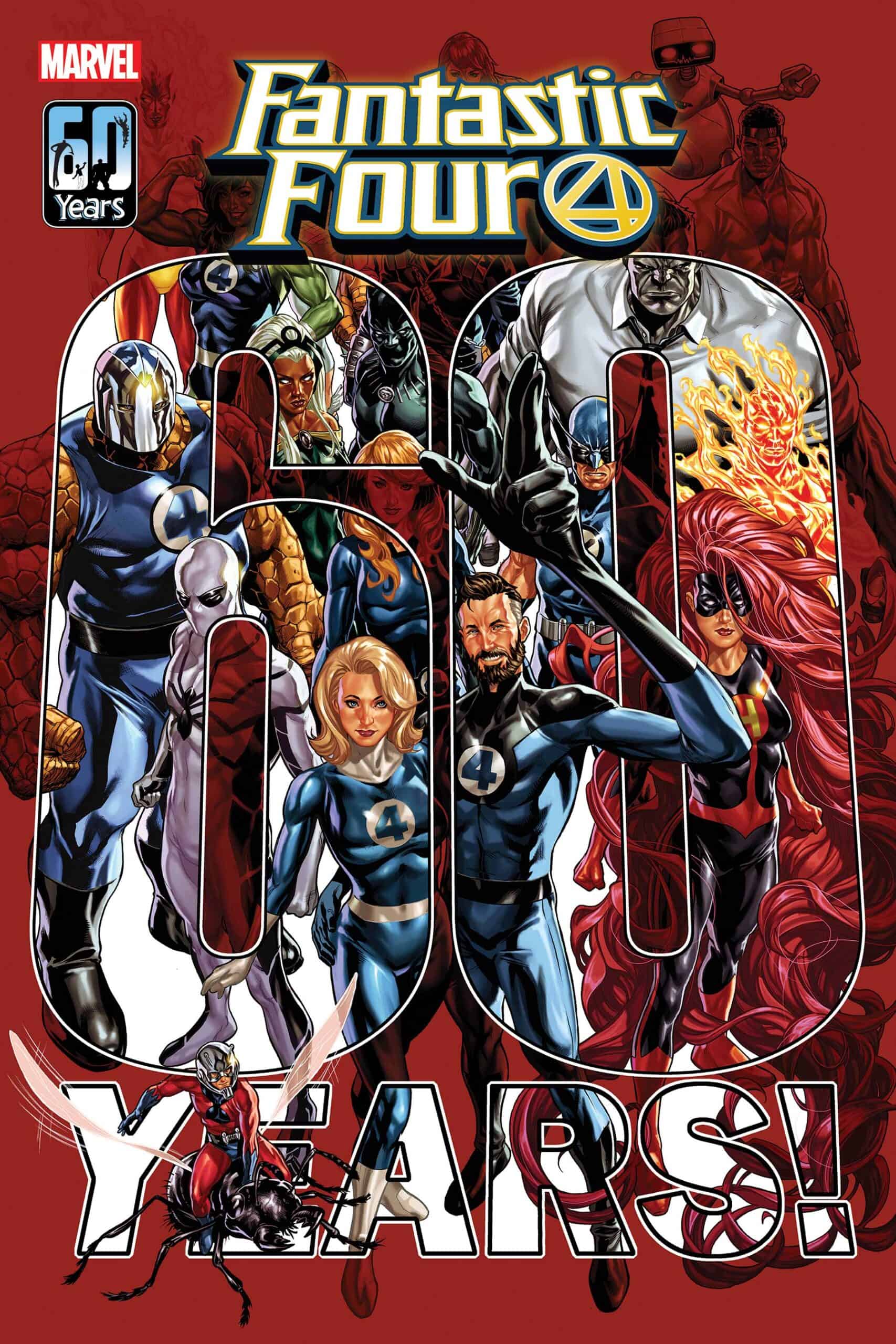 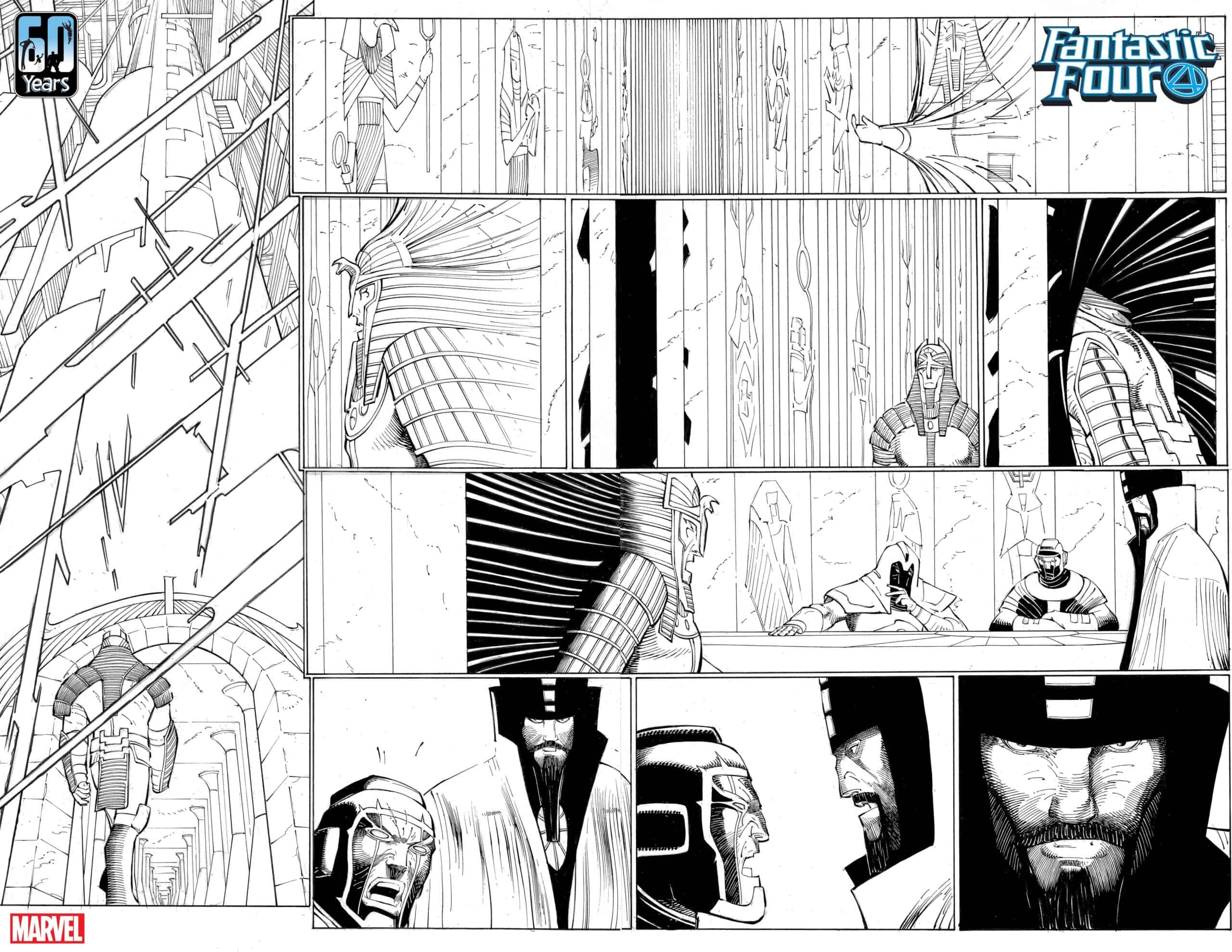 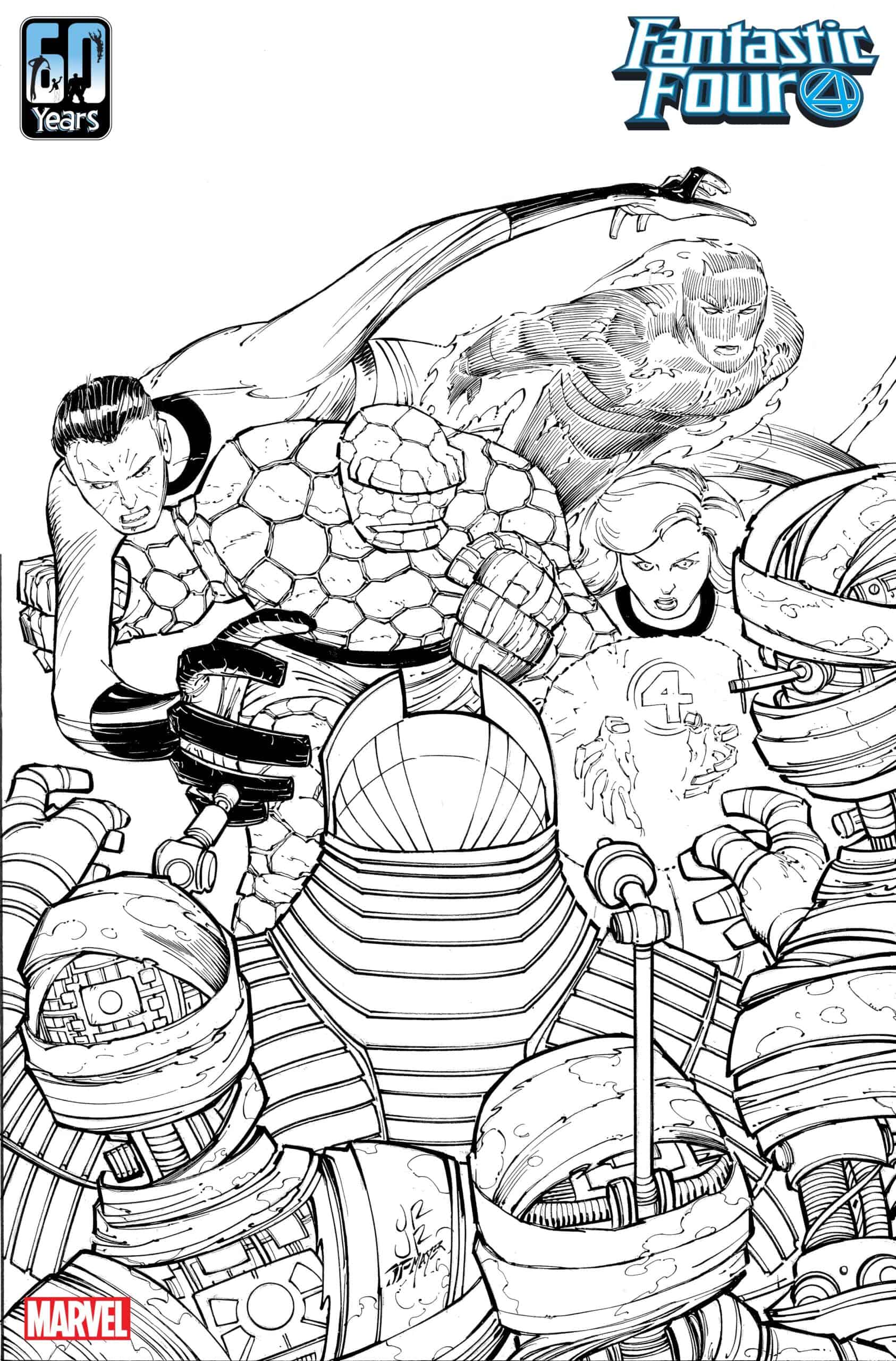