NEWS WATCH: Journey to THE LOST CITY OF HERACLEON in new graphic novel from BOOM! studios

Discover buried secrets, long forgotten history, and the thrill of exploration in this epic adventure in june 2020 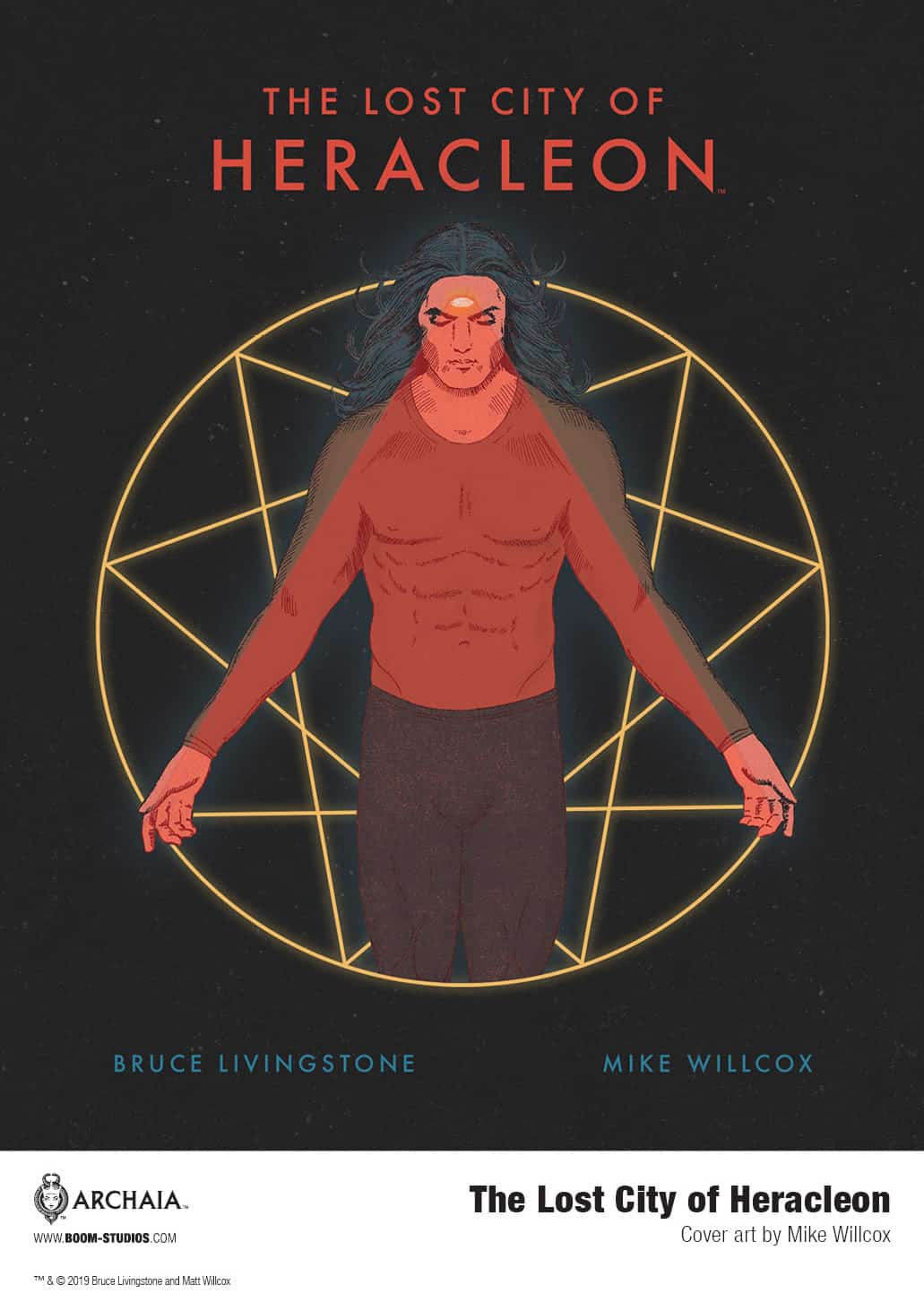 BOOM! Studios today announced the new original graphic novel THE LOST CITY OF HERACLEON, written by Bruce Livingstone and illustrated by Mike Willcox, about two boys who embark on an impossible journey through time and space in order to save the universe, available in June 2020.

Called to adventure, young boys Lou and Shiro find themselves on an inter-dimensional submarine captained by an off-the-hinges old man. They soon discover Lou’s missing father might still be alive as they are transformed into fully grown warriors headed straight for the battlegrounds of Ancient Egypt, the Lost City, and to 1914 Sarajevo. As the gods tinkering with fate become reckless and apathetic, the boys become part of a legion hell-bent on restoring balance to humanity.

Bruce Livingstone is the former CEO and Founder of iStockphoto. He also co-founded Saatchi Art, Stocksy United, and So.co.

“A beautifully hand-illustrated and thrilling story about two best friends who master their fears and enter into an epic adventure. Slipping through dimensions, they battle mythical monsters and seek a parley with ancient Gods who don’t quite measure up to their reputations. In the process they find their courage and their long, lost father.” said writer Bruce Livingstone.

Mike Willcox is a self-taught artist, writer, and musician from the United States. His artwork is visually established in the art deco realm through its rich symbolism, mysticism, and esoterica. His pieces are often romantic in nature and deeply rooted in psychology and healing, seeking to bringing harmony to the conscious and subconscious minds.

“I had a blast illustrating this book, with my goal to make it as fun and enjoyable to read as possible. It’s over 200 pages of epicness with glimmers of comedy and tragedy, set in an ever-changing backdrop of adventure. Can’t wait for you to make it to the Lost City!” said artist Mike Willcox.

THE LOST CITY OF HERACLEON features cover art by Willcox.

“For fans of swashbuckling action and epic myths, THE LOST CITY OF HERACLEON will take you on a journey through time, space, and the limits of human consciousness,”said Matthew Levine, Editor, BOOM! Studios. “Bruce and Mike have managed to take all the elements of your classic Golden Age adventures and turn them into a thrilling escape into another world—one full of danger, excitement, and long lost legends.”

Print copies of THE LOST CITY OF HERACLEON will be available for sale in June 2020 at local comic book shops (use comicshoplocator.com to find the nearest one), bookstores or at the BOOM! Studios webstore. Digital copies can be purchased from content providers, including comiXology, iBooks, Google Play, and Madefire. 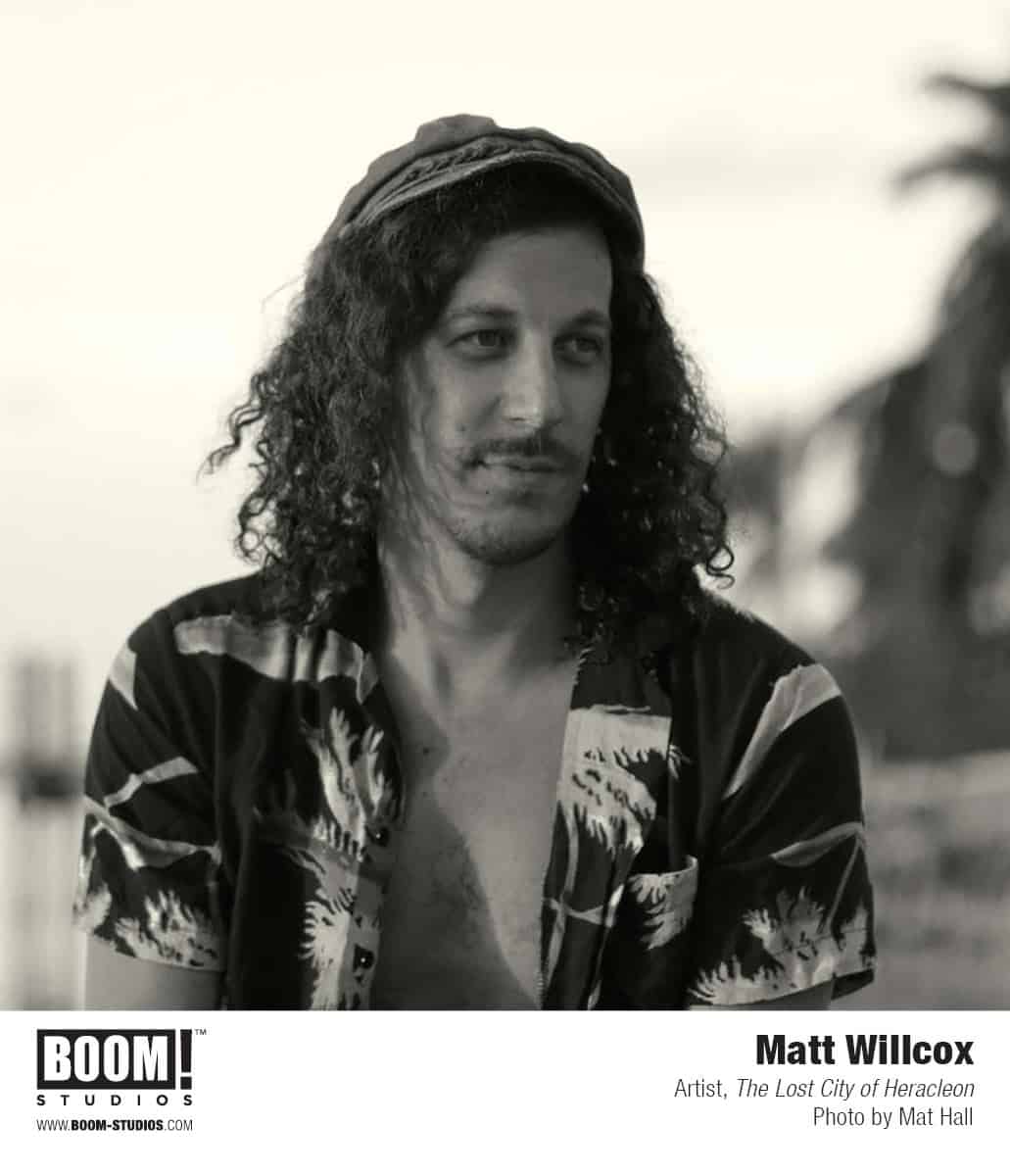 NEWS WATCH: Journey to THE LOST CITY OF HERACLEON in new graphic novel from BOOM! studios