This summer, the Avengers, the X-Men, the Eternals, and more will face judgment on a cosmic scale and the very fate of the Marvel Universe will hang in the balance in A.X.E.: JUDGMENT DAY. Written by comics mastermind Kieron Gillen and drawn by acclaimed artist Valerio Schiti, this latest Marvel Comics crossover event begins when the Eternals target mutantkind and the Avengers find themselves struggling to prevent an apocalyptic war between two of the strongest factions on the planet. The saga will pay off various plot threads that have defined these franchises in recent years including mutantkind’s newfound immortality, the Eternals’ discovery of long-hidden truths about their species, and the Avengers’ intense dealings with the Celestials.

In A.X.E.: JUDGMENT DAY #3 and #4, the Celestial known as the PROGENITOR will rise to usher in the second act of the event where various heroes and villains stand for judgment. Defending their past actions and mistakes in fascinating ways, these hard-hitting stories will impact various ongoing titles in thrilling tie-in issues. Read on to learn more about what’s to come!

It’s time for Spider-Man to be judged in Zeb Wells and John Romita Jr.’s AMAZING SPIDER-MAN #10 and fans won’t be surprised to see which moment in Spidey’s history is going to weigh heavily on the proceedings. You don’t want to miss this very special issue that might just break your heart all over again.

The Avengers’ ace archer is back in AVENGERS #60 by guest creative team, writer Mark Russell and artist Greg Land. As Judgment Day looms, Hawkeye is called upon to justify his existence. As a benchmark, Hawkeye must prove that he brings at least as much joy and usefulness to the world as a randomly chosen mailbox, which, admittedly, is a pretty high bar.

Event architect Kieron Gillen’s continues his bold work on the Eternals mythology alongside artist Guiu Vilanova in A.X.E.: DEATH TO THE MUTANTS #2. The Celestials said “Correct excess deviation.” Now the hour of judgment is upon the Eternals. Have they done enough? And does overcompensating at this late hour make it better, or make it worse?

Writer David Pepose and artist Juann Cabal kick off a two-part arc guest arc spotlighting the Invisible Woman in FANTASTIC FOUR #47. With judgment looming over the Marvel Universe, Reed Richards has locked himself in his Think Tank in search of answers. But with the fate of humanity on the line, what happens when Oubliette Midas sets her sights on the Baxter Building? As the Fantastic Four falls before the Exterminatrix’s death traps, only one hero remains standing — but if you thought Oubliette was dangerous, it’s nothing compared to what the Invisible Woman is capable of. Get ready for Die Hard in the Baxter Building. Yippie-ki-yay, Marvel Universe.

Judgment comes and the Quiet Council grows suspiciously quiet. An exception: Do you think a man so devoted to the Hellfire cares one jot? Find out as Kieron Gillen and artist Lucas Werneck dare to confront Sebastian Shaw’s misdeeds in IMMORTAL X-MEN #6.

The Progenitor pays a visit to the Marauders in writer Steve Orlando and artist Andrea Broccardo’s MARAUDERS #6. Who will prove their right to life? Who will fail? And how excited is Orchis for a chance to scapegoat mutants for Earth’s brush with destruction? All this…and Detective Lockheed!

The Hand’s Hellbride returns for revenge on Wolverine and Solem in writer Benjamin Percy and artist Federico Vicentini’s WOLVERINE #24. But with Earth reeling from the revelations of A.X.E., a dire play from the Best There Is may be the planet’s last, best hope!

Kraven’s mutant hunt continues in writer Benjamin Percy and artist Robert Gill’s X-FORCE #31. Mutants have staked their claim as the dominant species. That just means it’s time for Kraven to prove once more he’s the apex predator. Don’t miss this Kraven tale unlike any other, sure to reverberate for decades to come.

Are ANY of the X-Men right? Writer Gerry Duggan and artist C.F. Villa explore one of the most heated X-Men debates in X-MEN #14. Only one can judge them and the Day of Judgment is here, for good or ill, and the newest team of X-Men must face the truth about themselves and what they have done.

One of the event’s key battles rages on in writer Al Ewing and artist Stefano Caselli’s X-MEN RED #6. Planet Arakko chose peace over war. Now war has chosen them. The monstrous arsenal of the Eternals is on the march. The Arakkii must defend their broken land according to the ancient laws… but against an enemy even older than they are, can the old ways win? Or is a new Arakko about to be born?

Check out all the new covers now and be there’s when the event officially kicks off in A.X.E.: EVE OF JUDGMENT #1 on July 13! For more information, visit Marvel.com. 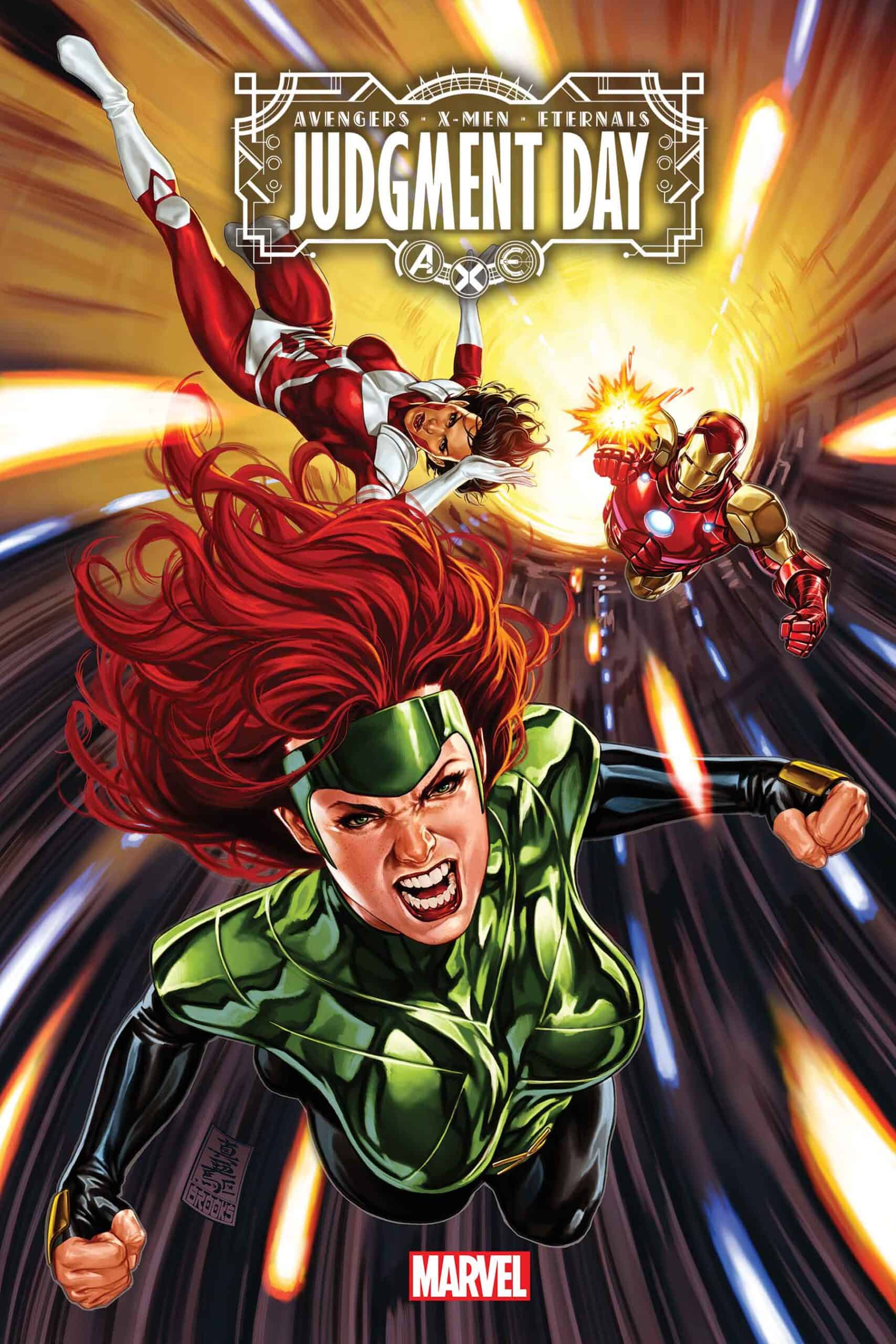 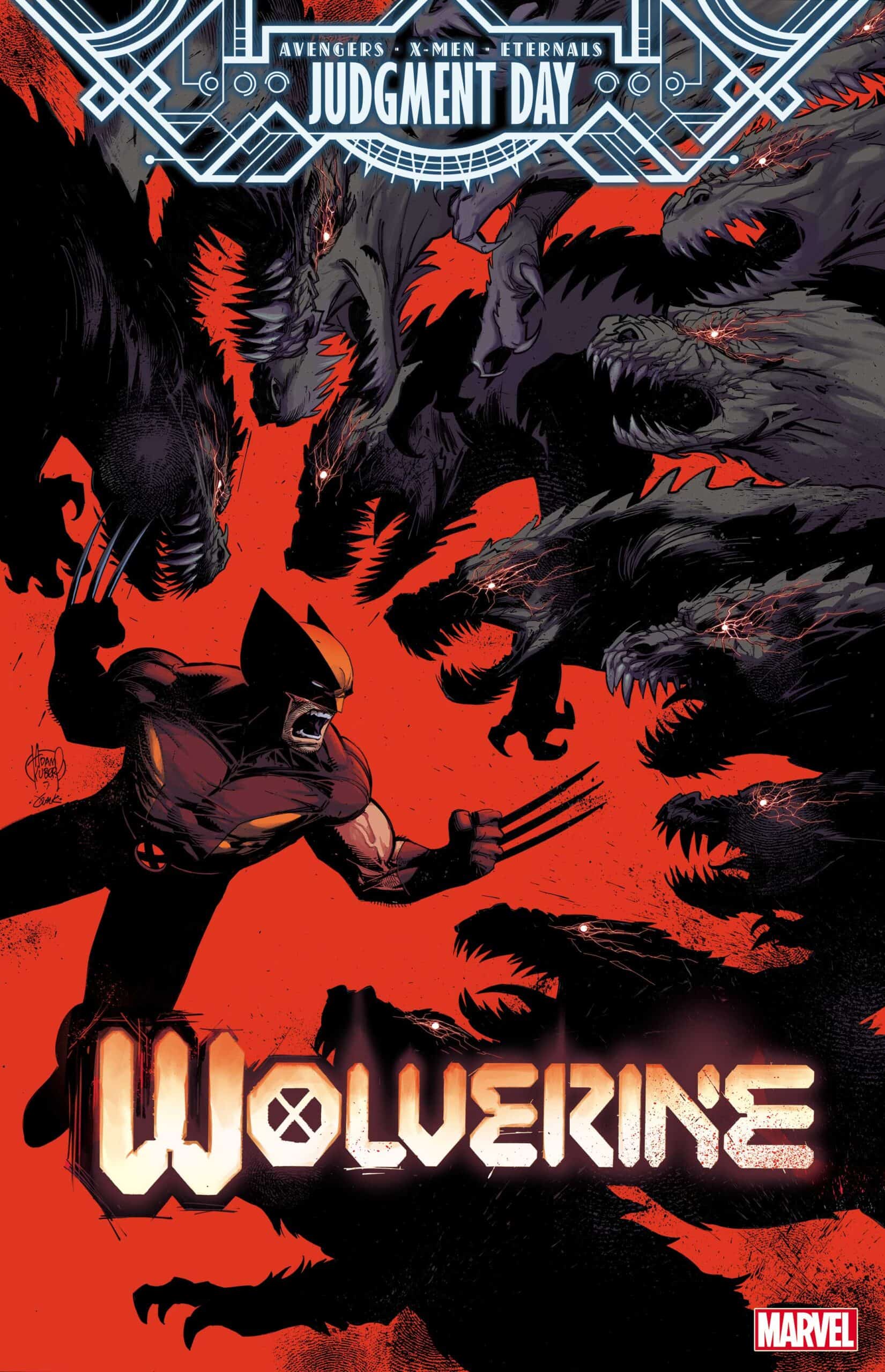 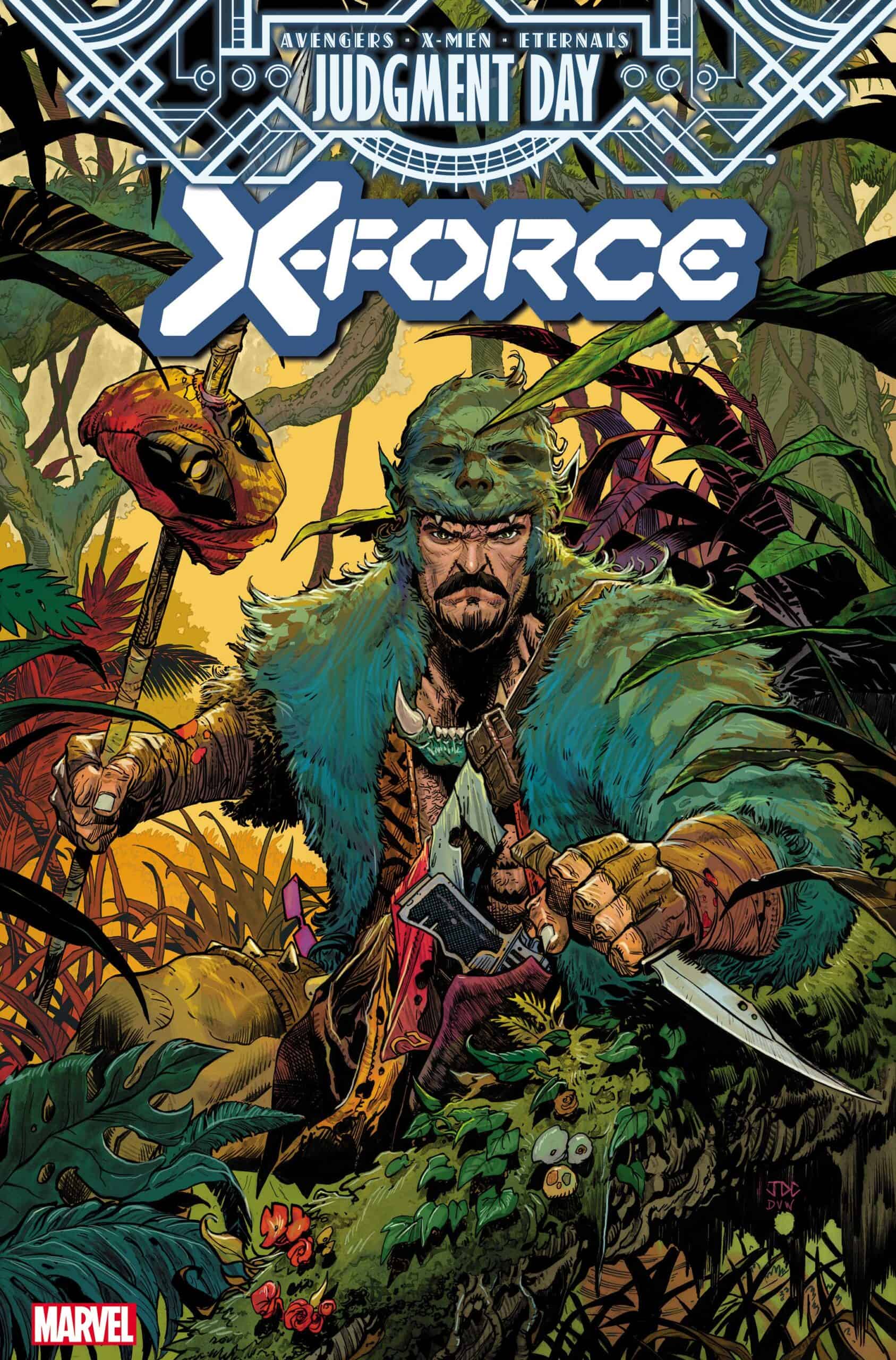 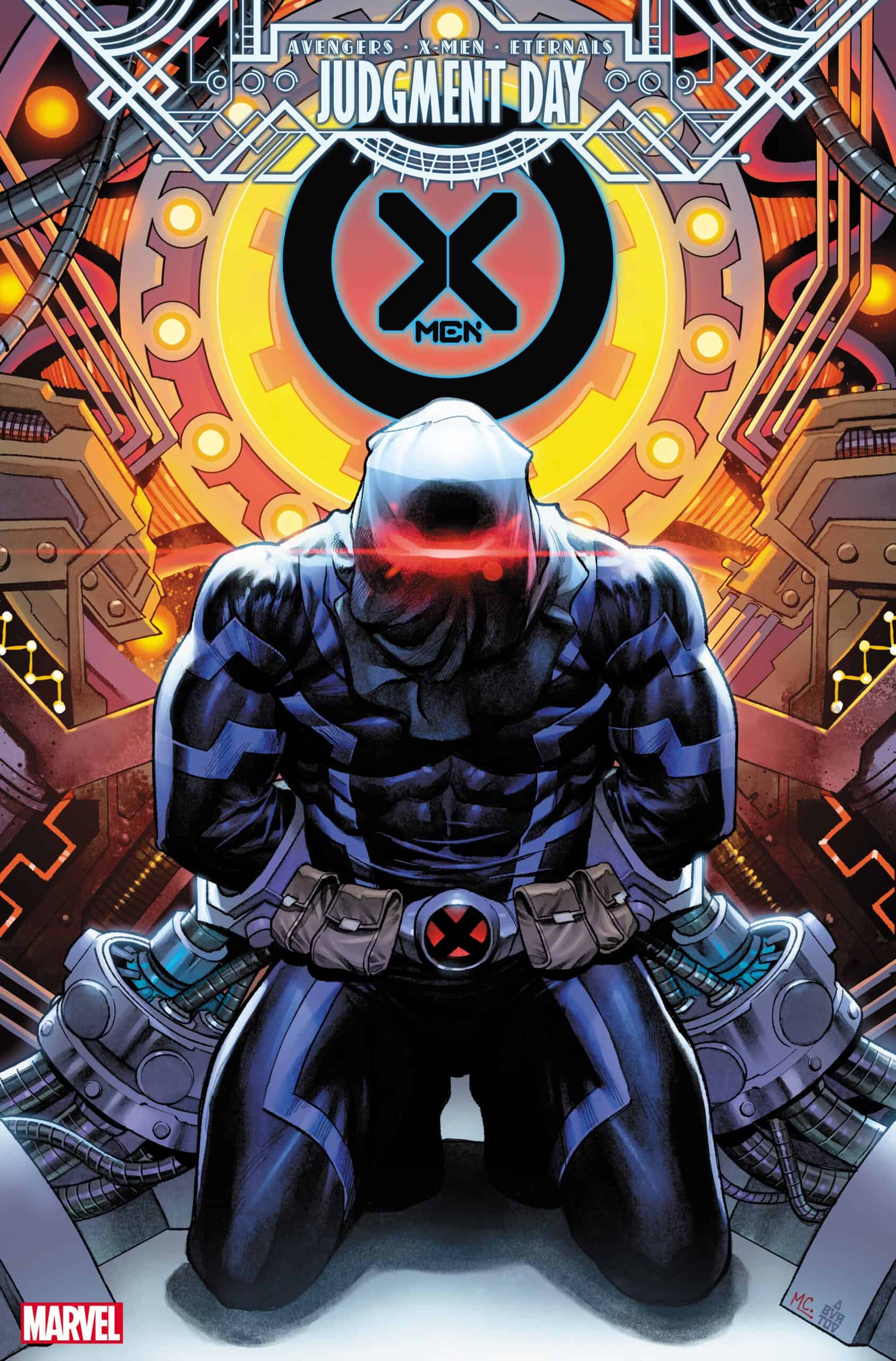 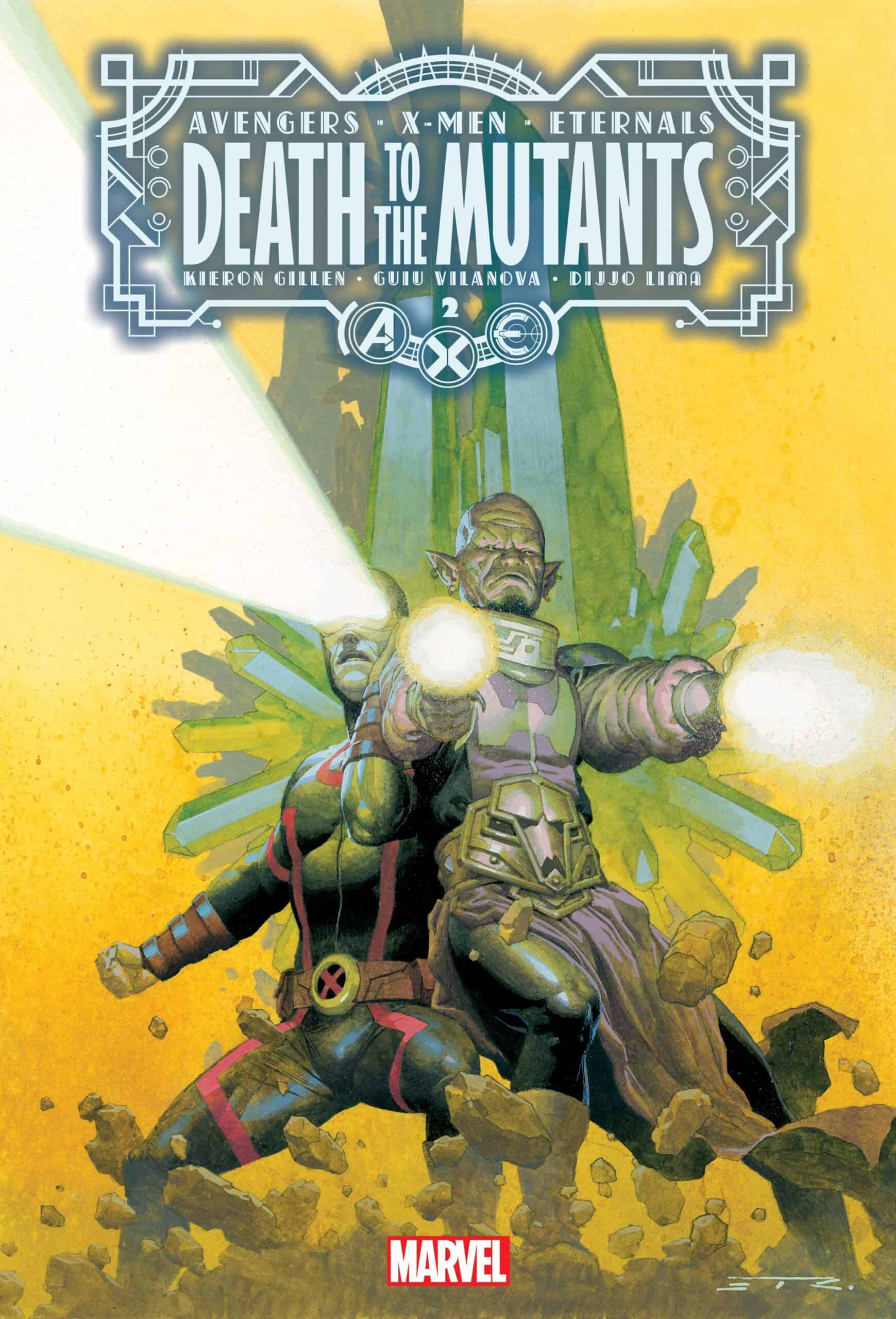 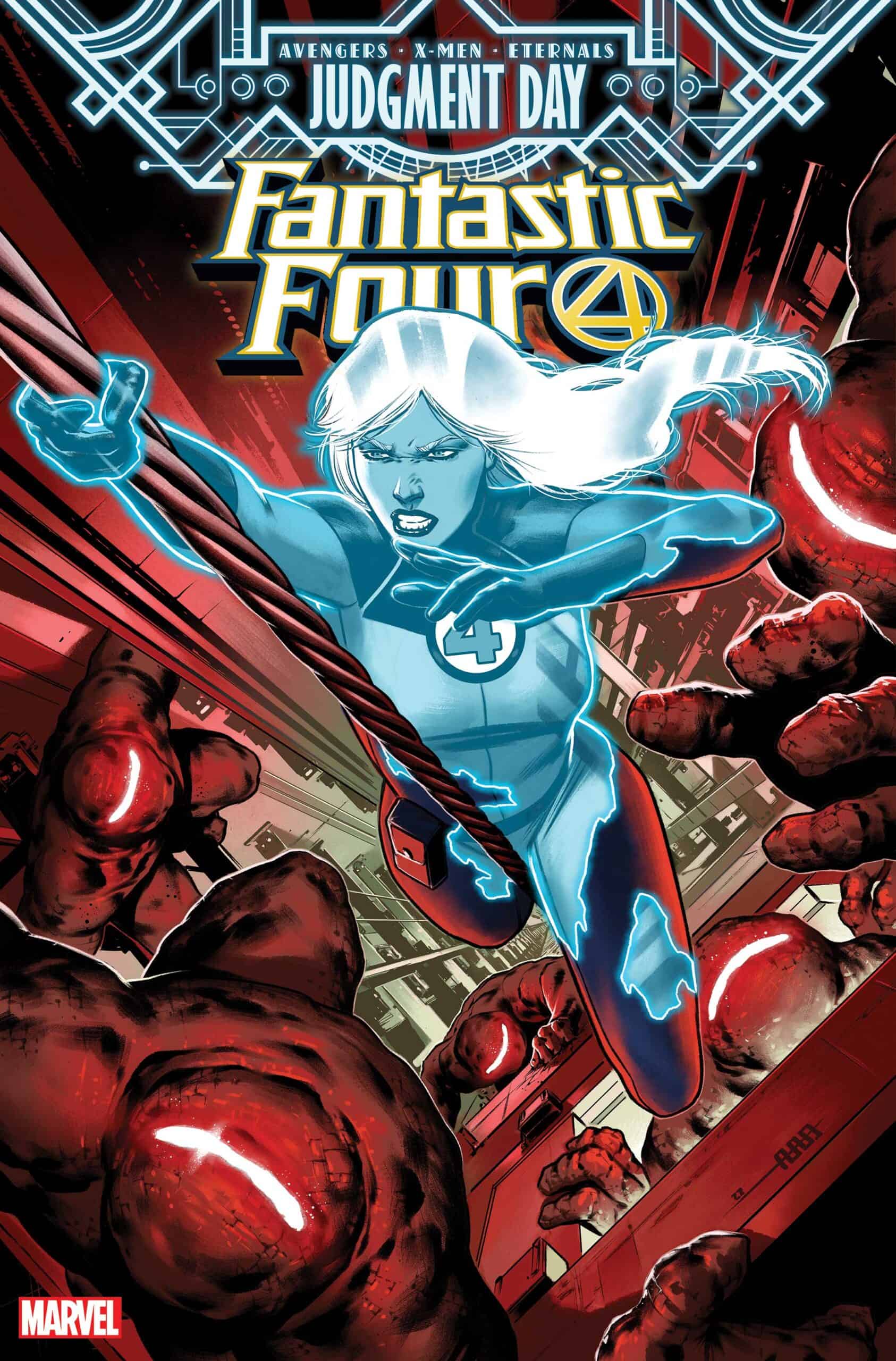 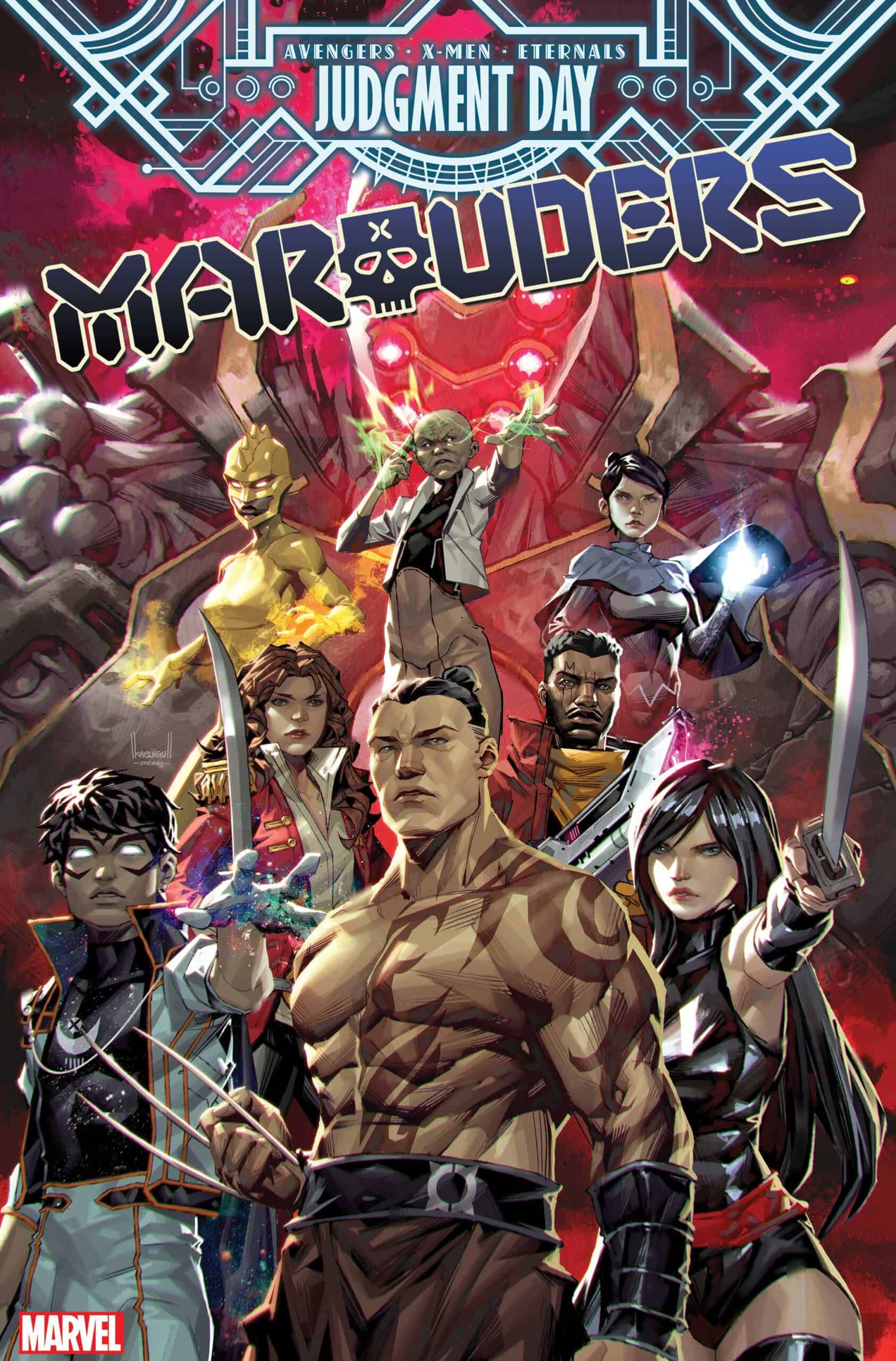 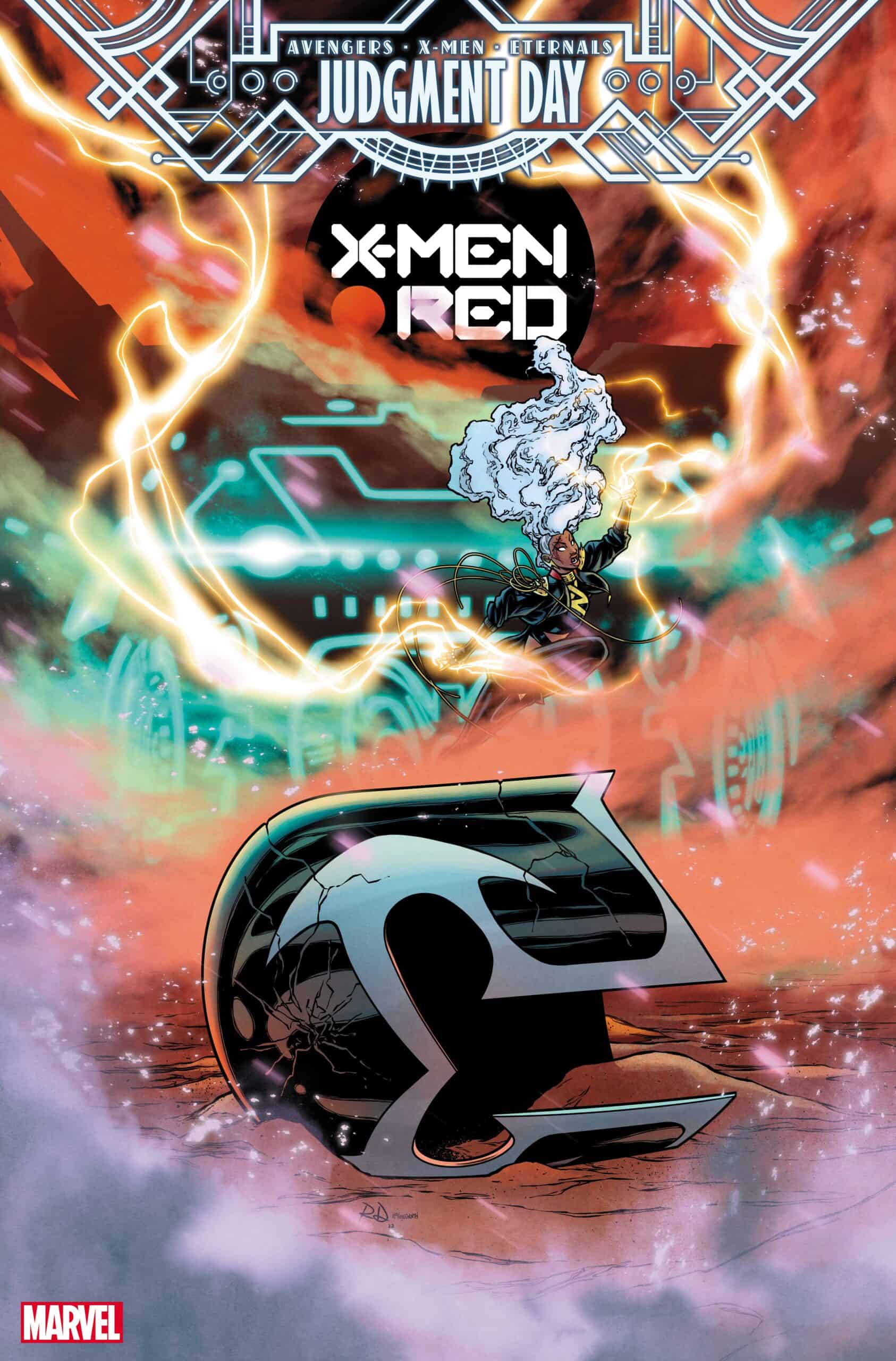 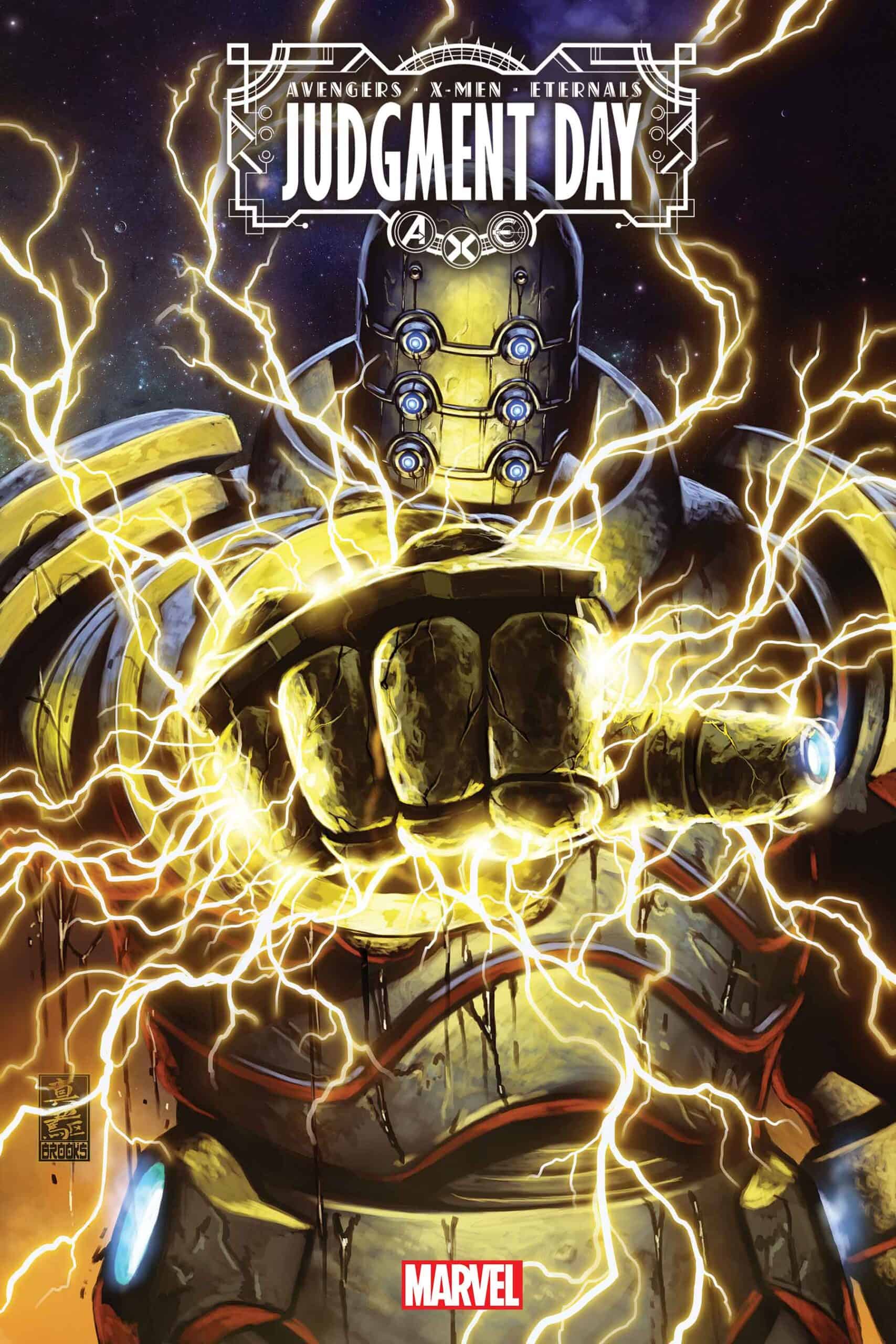 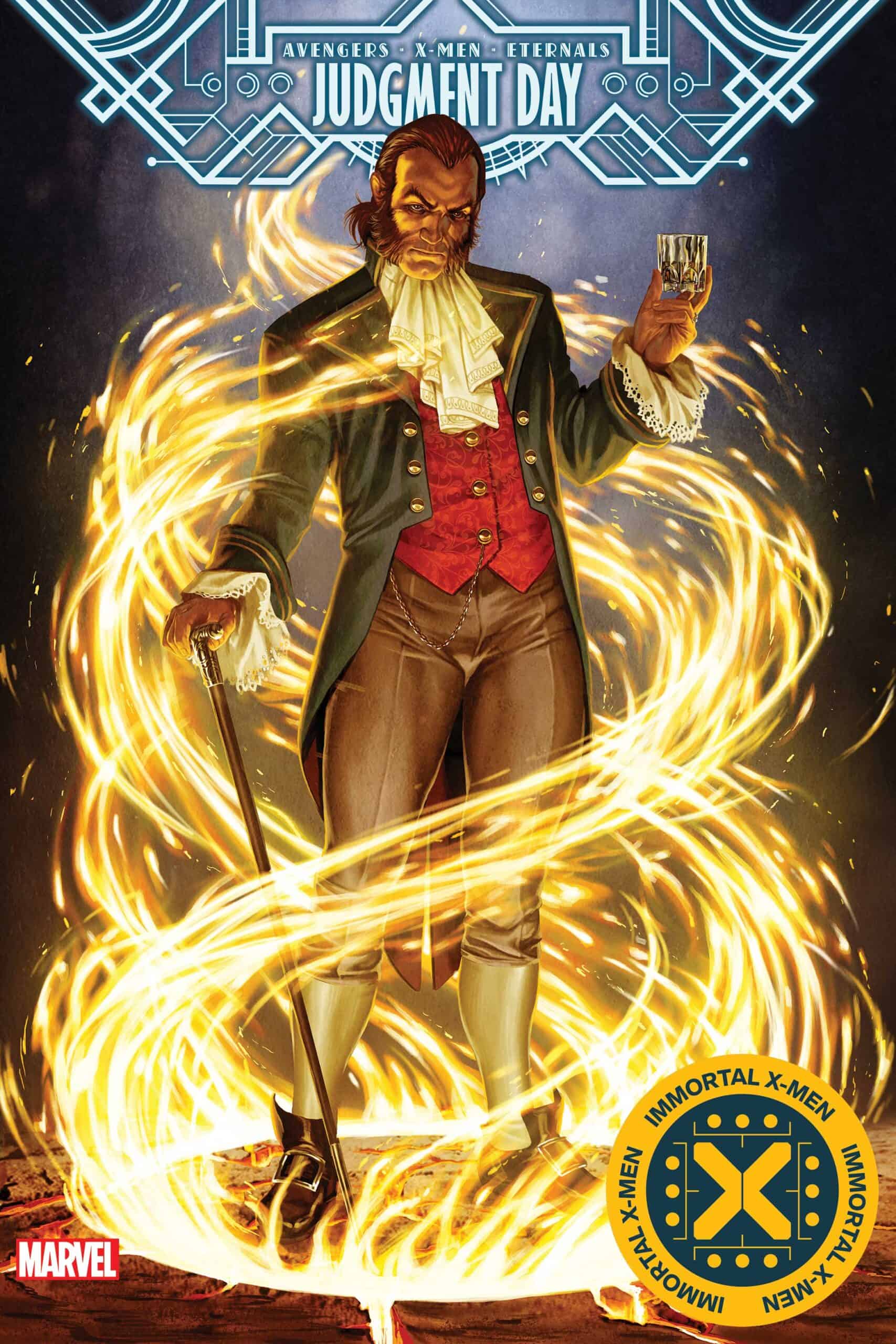 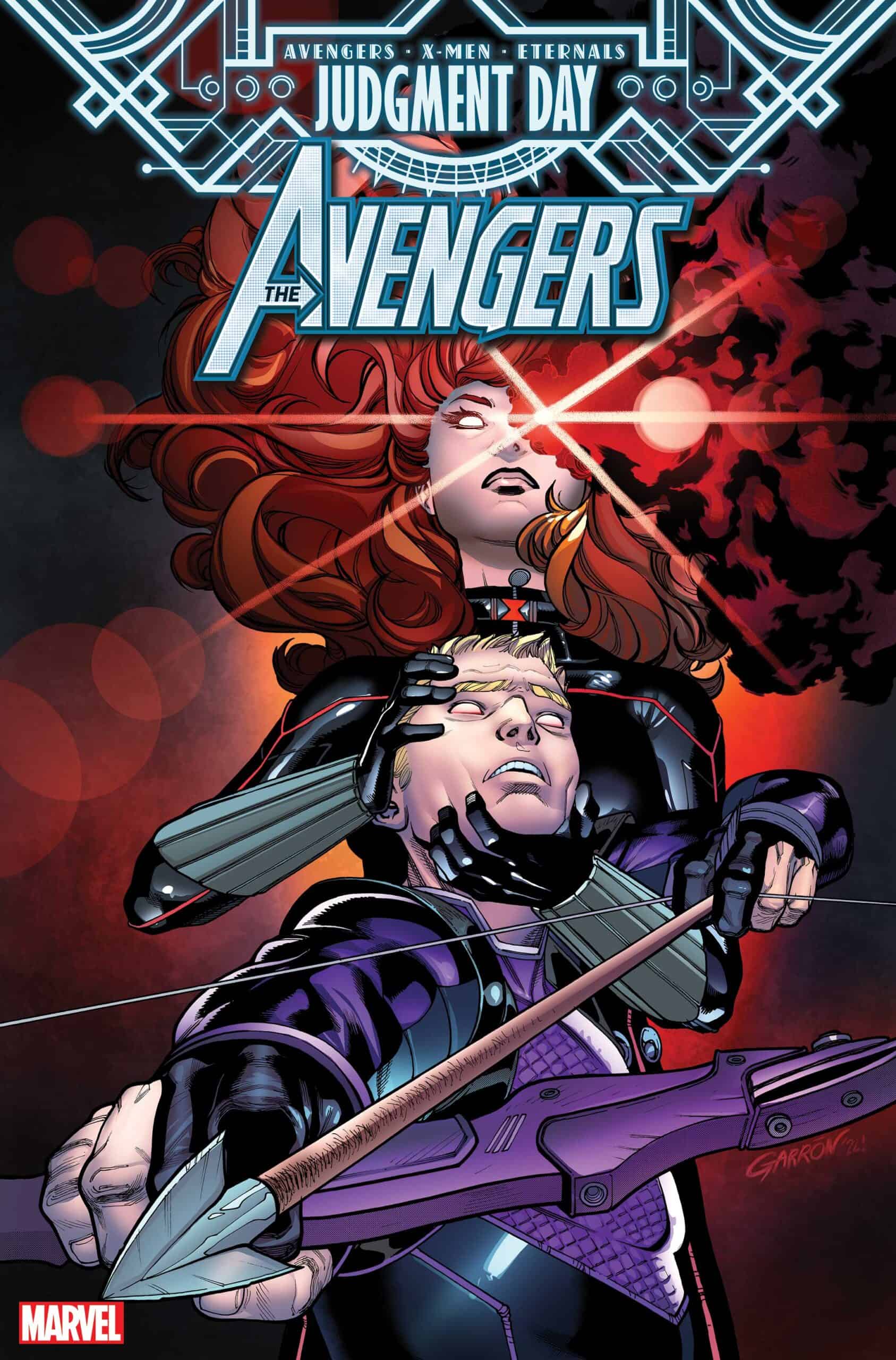 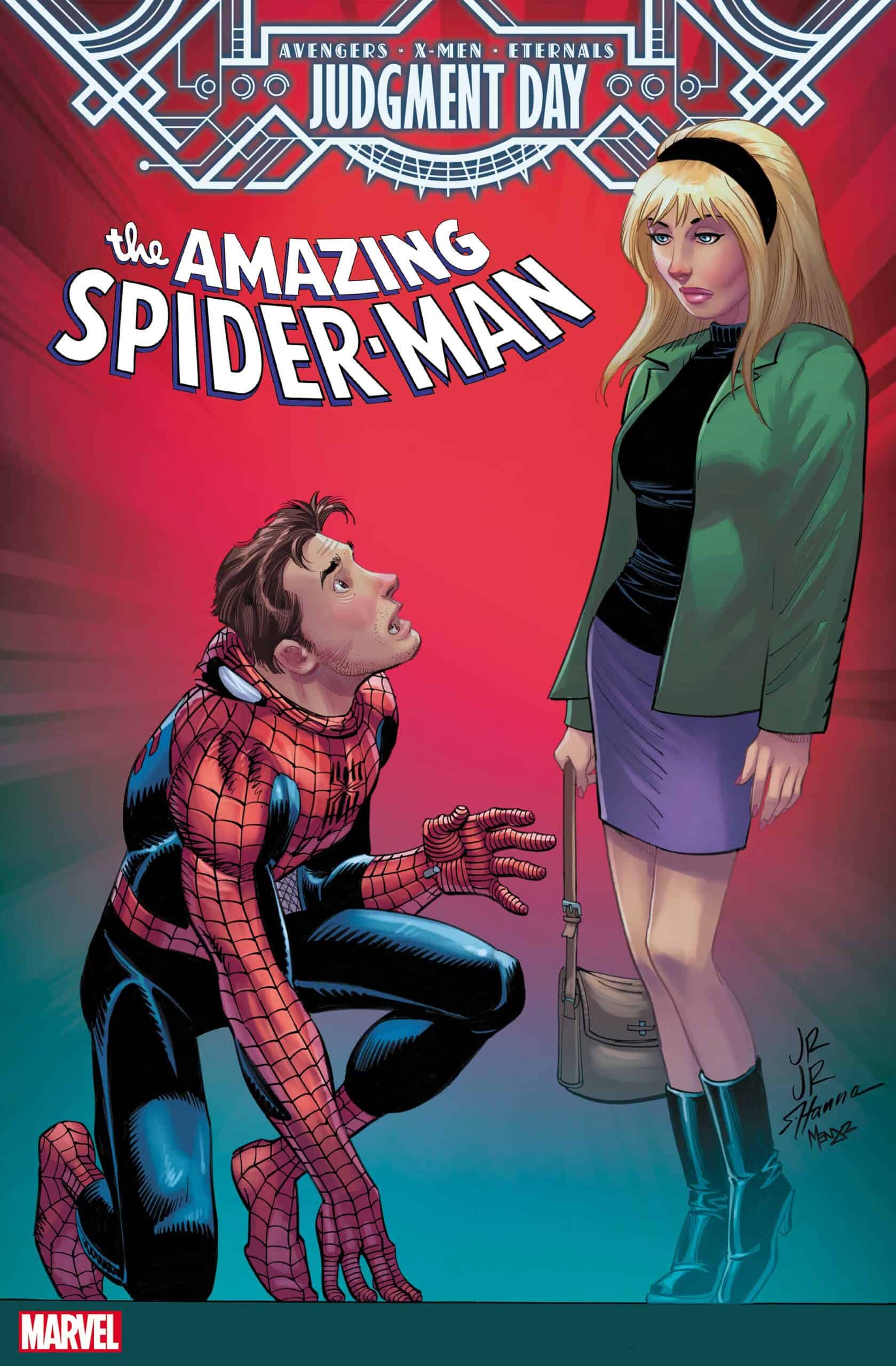