NEWS WATCH: Jump Fifty Years into the Future in WE ONLY FIND THEM WHEN THEY’RE DEAD #6

BOOM! Studios today revealed a first look at WE ONLY FIND THEM WHEN THEY’RE DEAD #6, the sci-fi epic from Al Ewing (Immortal Hulk) and Simone Di Meo (Mighty Morphin Power Rangers), with color assistance by Mariasara Miotti and letters by AndWorld Design,the premiere issue of a brand new story arc set in a universe that revolves around mining the corpses of dead gods and a conflict that threatens to tear apart the galaxy. Available in stores May 19, 2021.

Fifty years have passed since Captain Malik and the crew of the Vihaan II embarked on their fateful mission – and the universe has changed in ways no one could have expected. Jason Hauer, one of the fated Vihaan II crew, is now 71 years old and living a life on the razor’s edge between the Harvesters and the Worshippers. But as these rival religious factions clash throughout the galaxy, Jason finds himself thrown into the center of the chaos and forced to confront his tortured past. But the only people who can help Jason have their own secret agenda – one that may bring him face to face with Captain Malik in ways beyond comprehension… 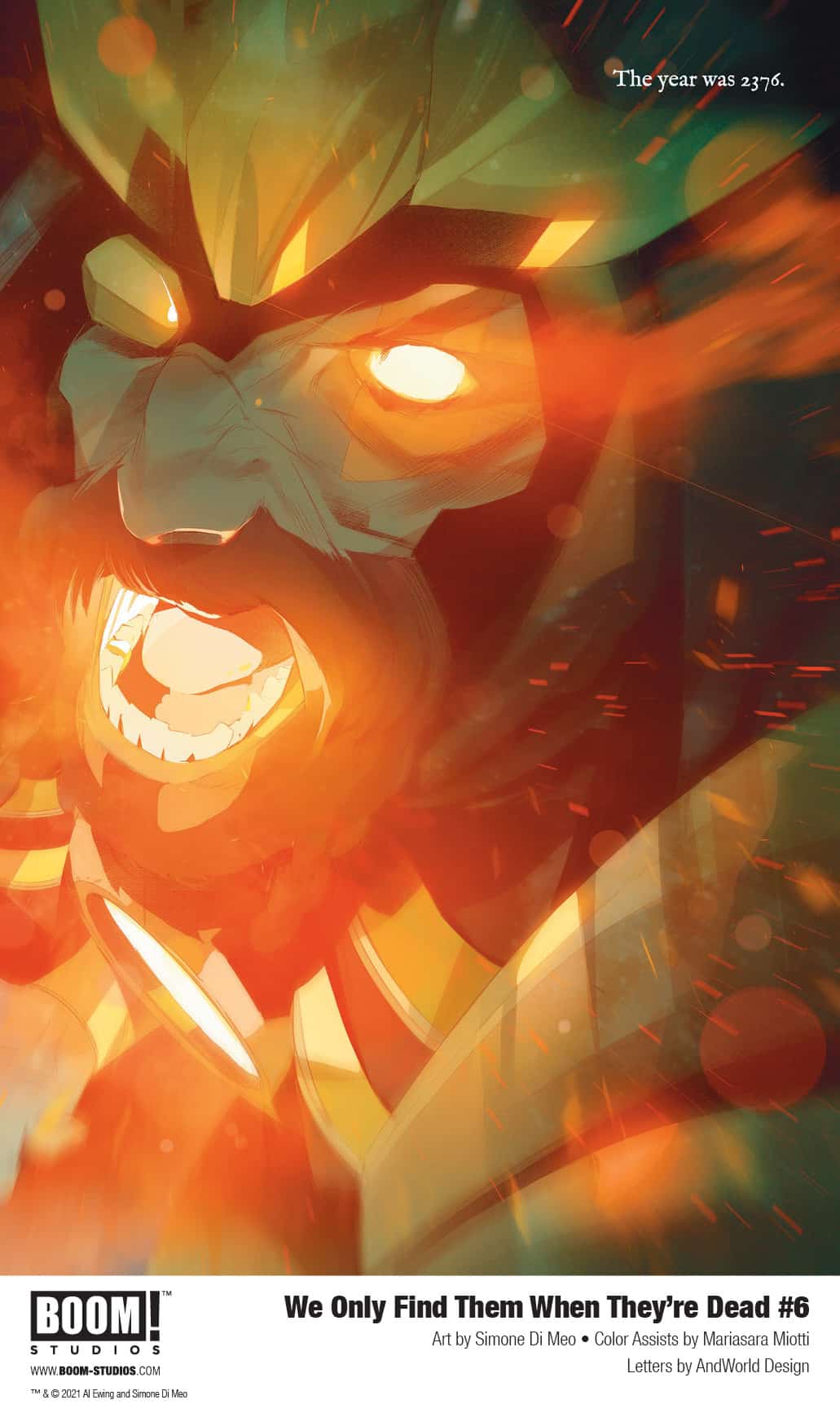 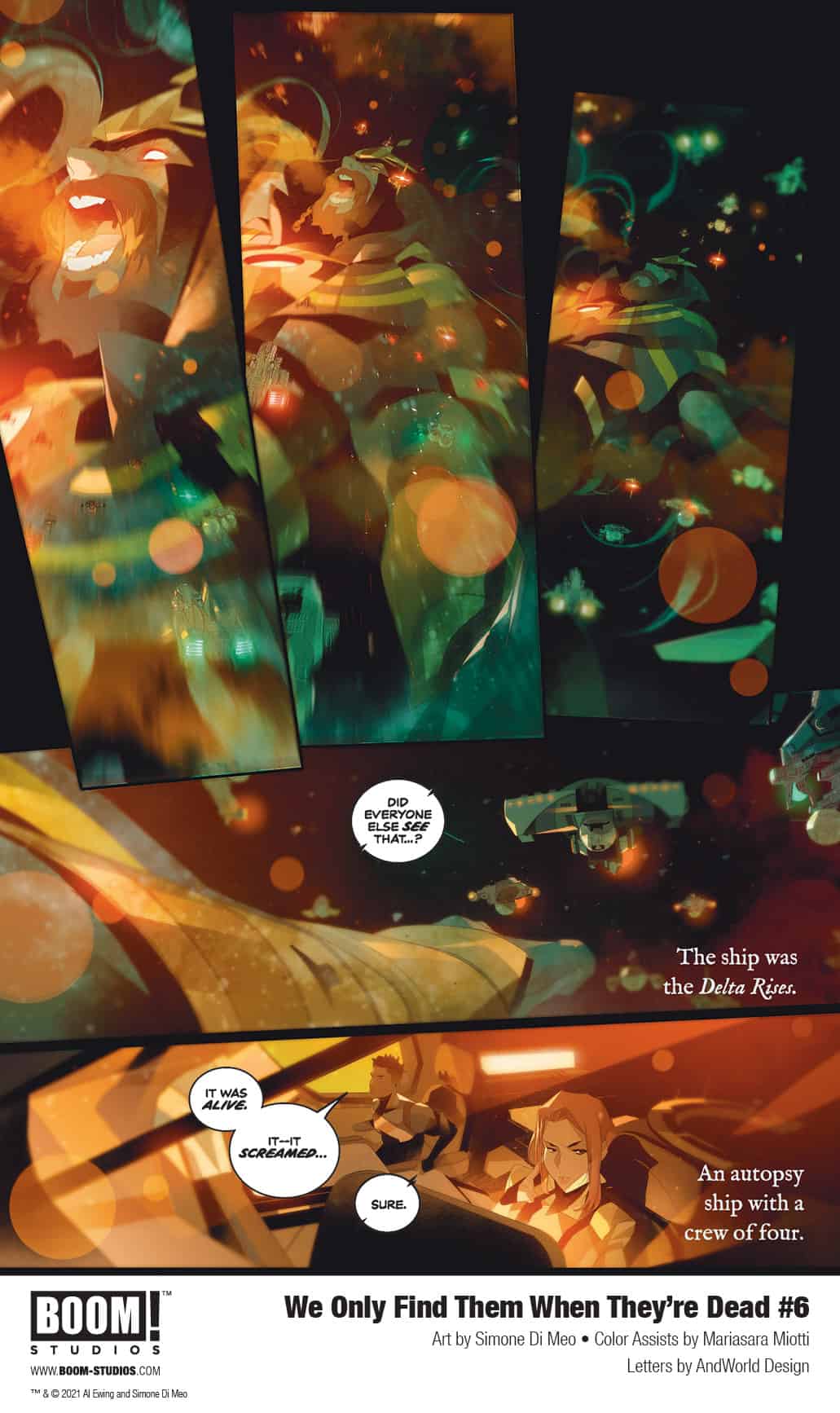 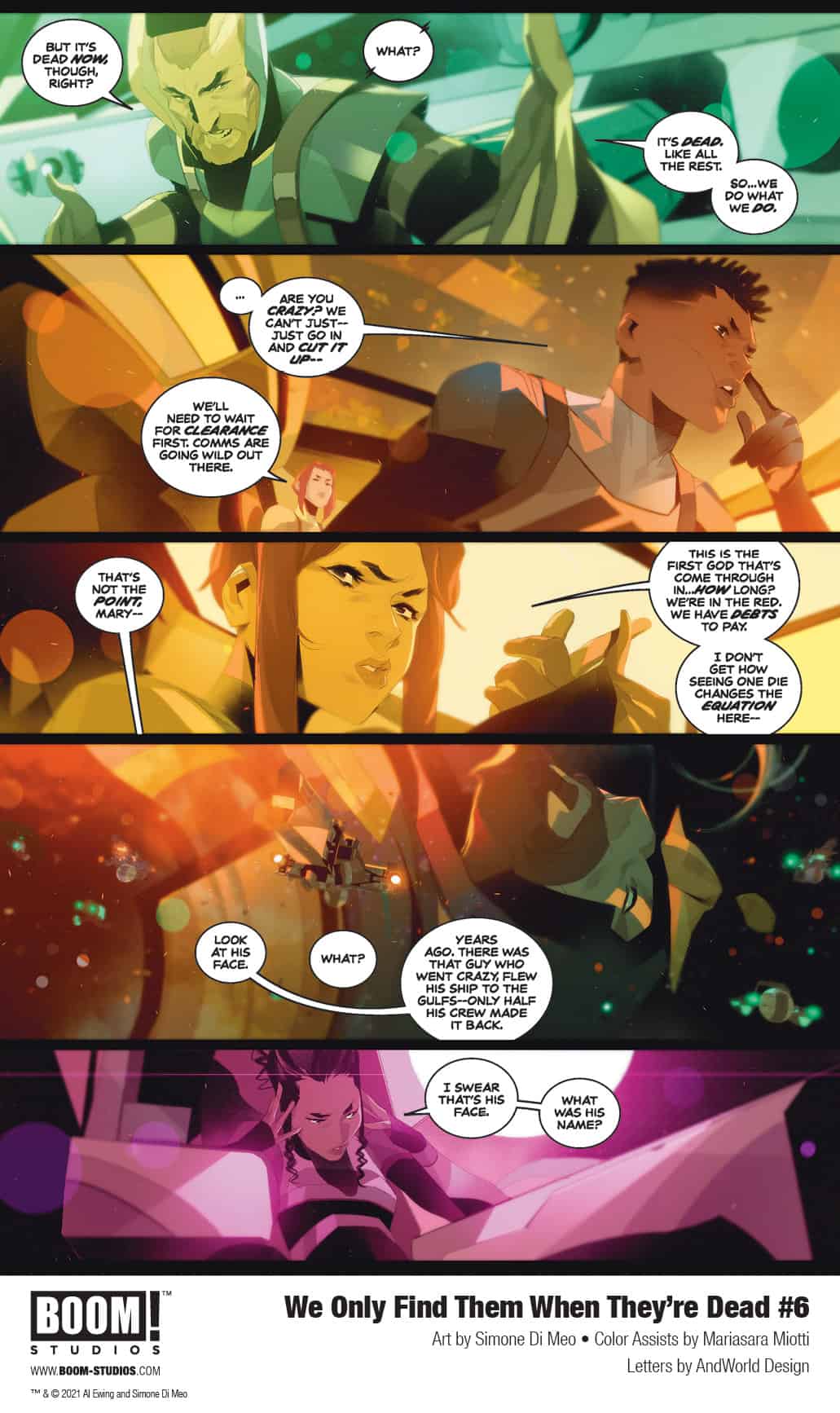 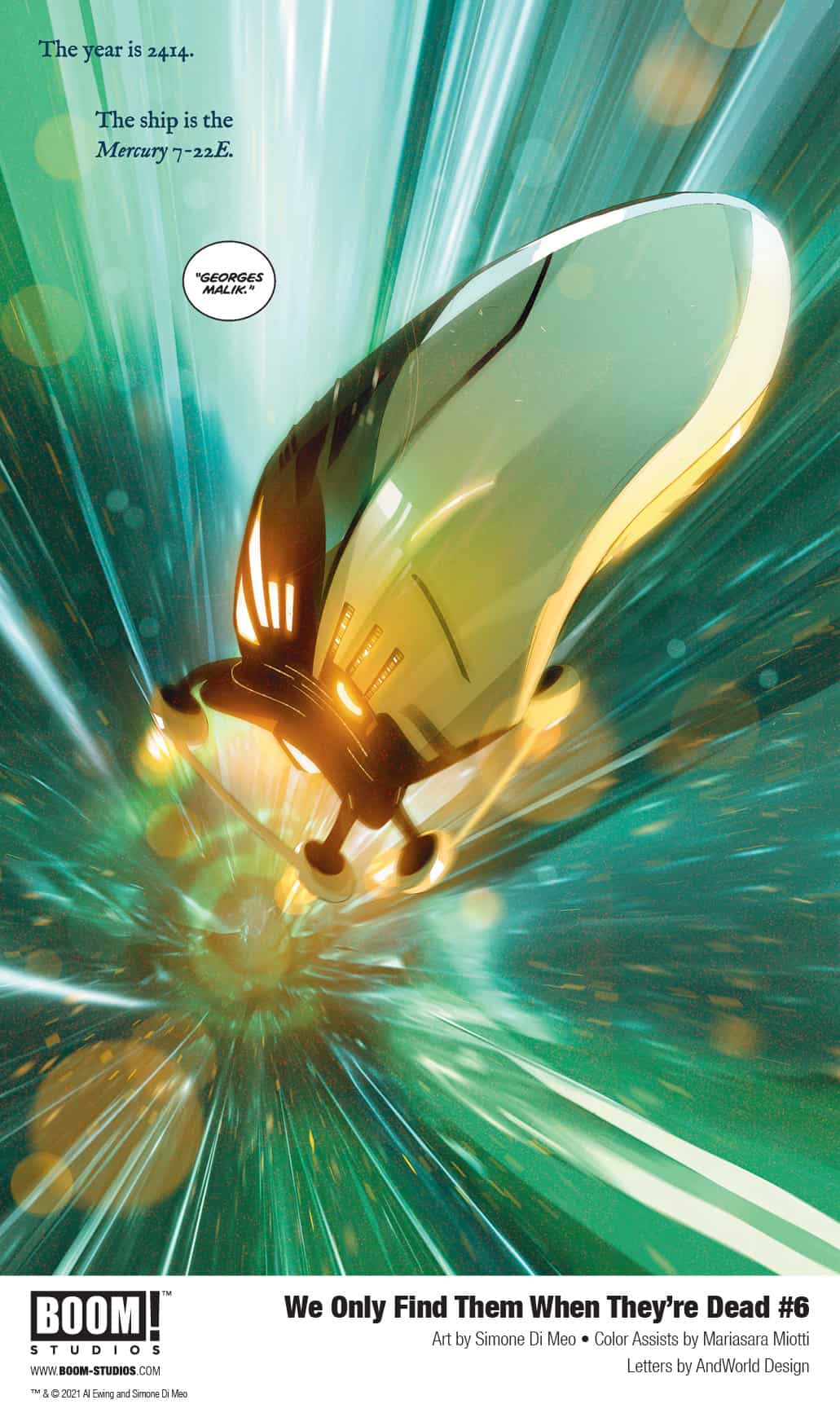 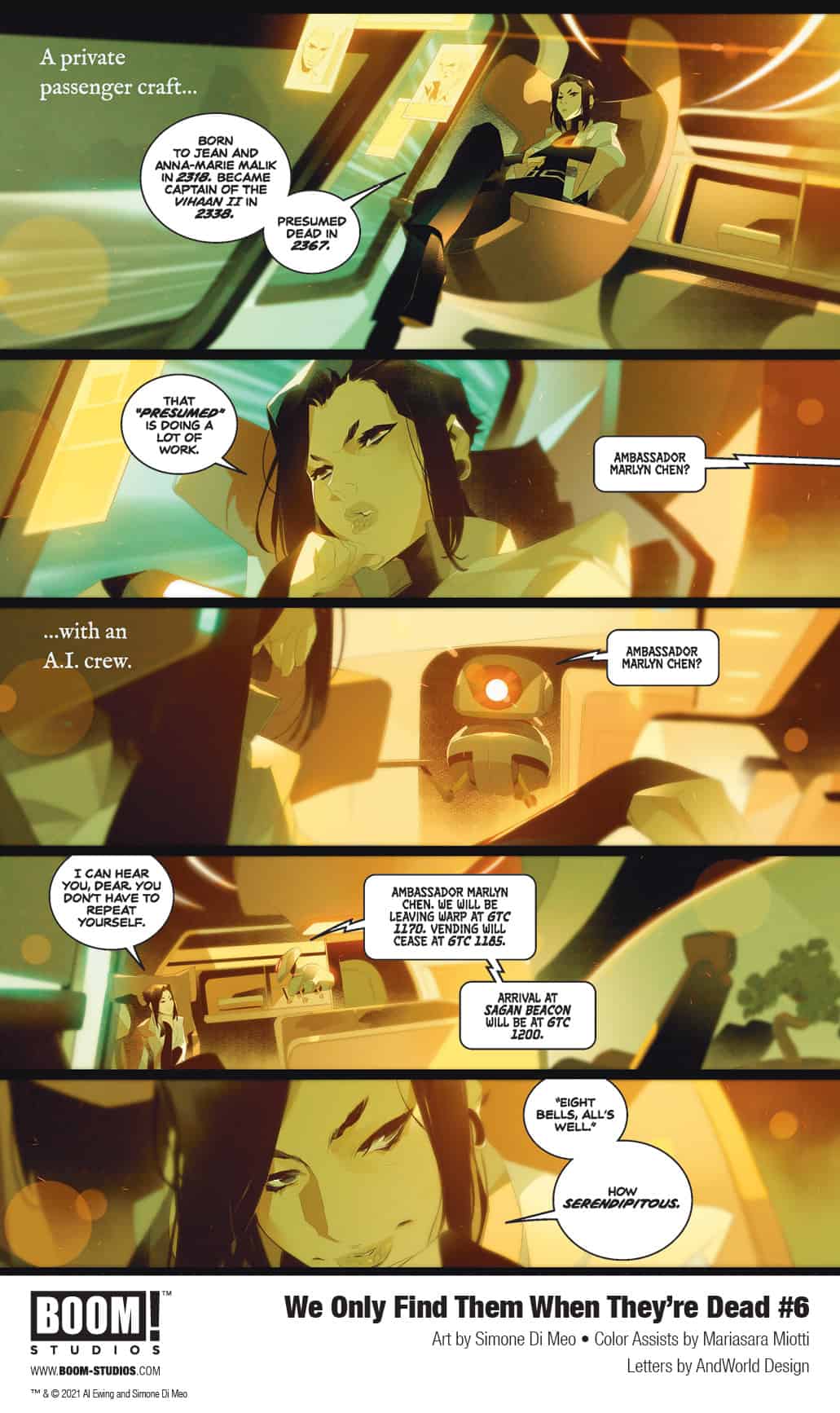 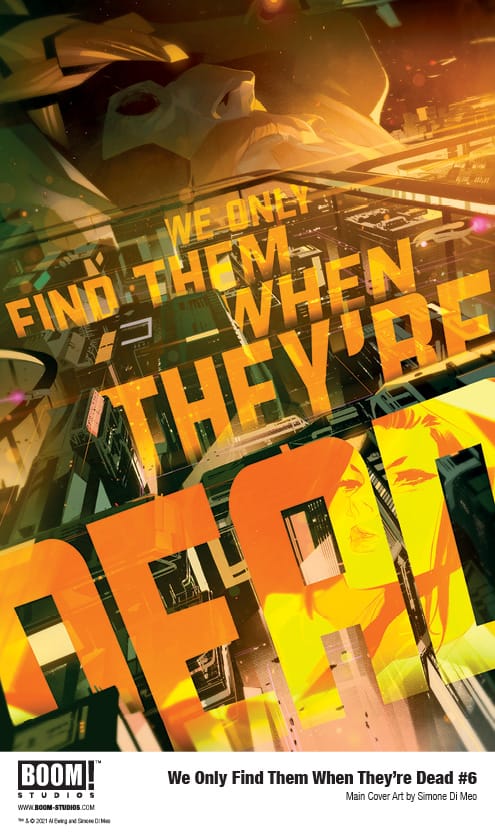 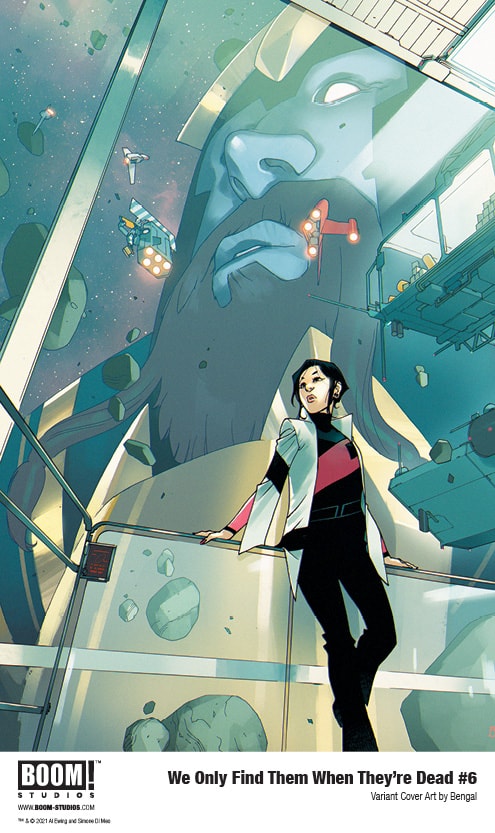 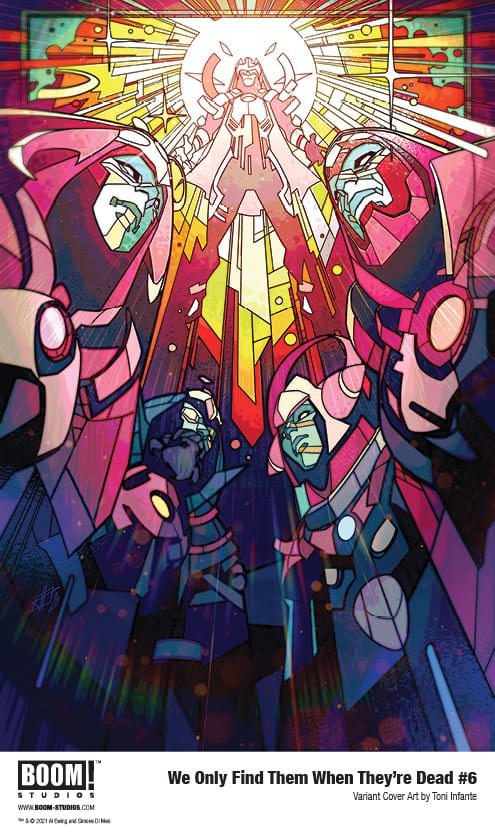 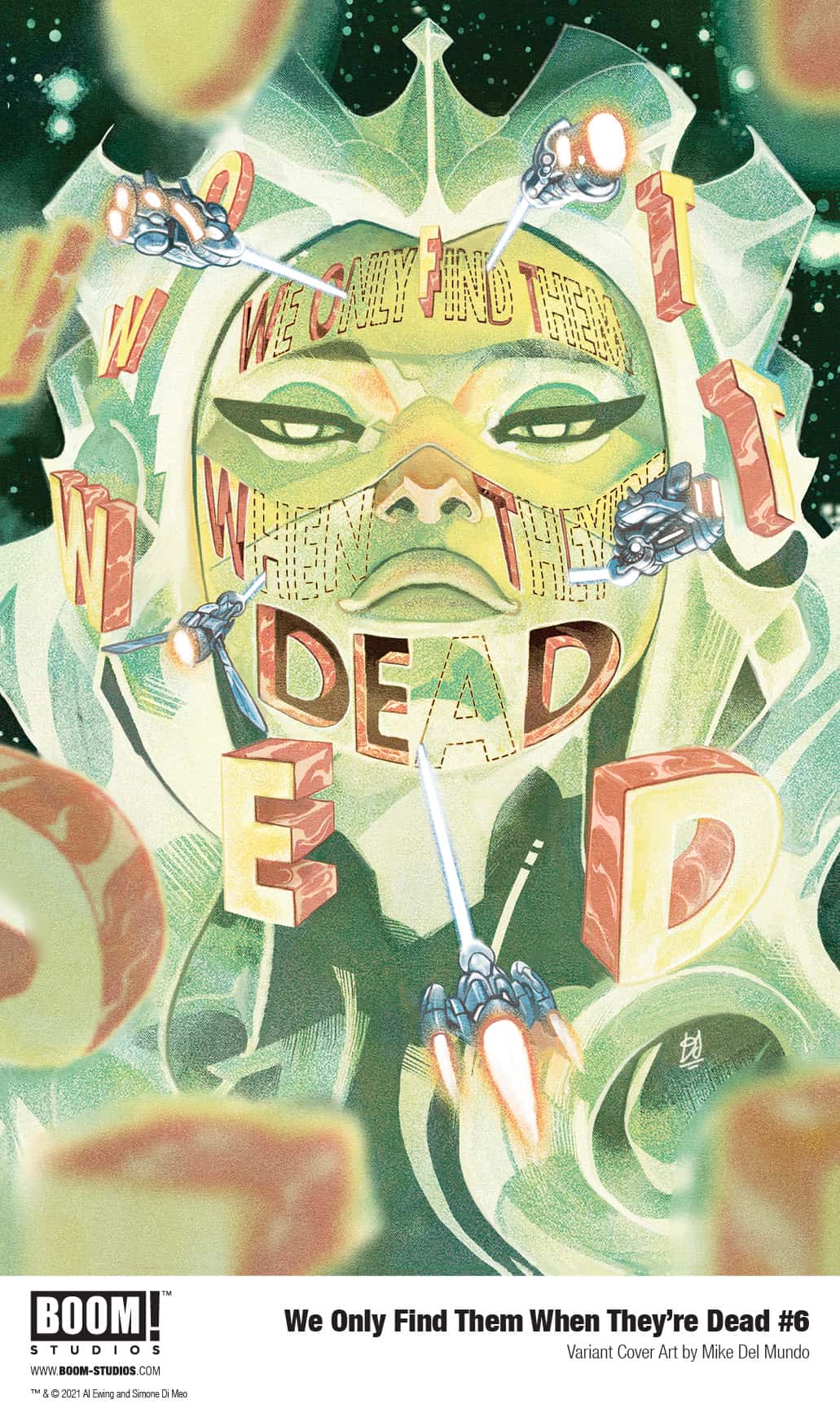 NEWS WATCH: Jump Fifty Years into the Future in WE ONLY FIND THEM WHEN THEY’RE DEAD #6