This July, experience your favorite Marvel heroes like never before in AMAZING FANTASY! From award-winning creator Kaare Andrews comes a brand-new series that will blend different Marvel eras and genres for one epic adventure starring Captain America, Spider-Man, and Black Widow. Known for his unforgettable work on series such as Spider-Man: Reign and Spider-Man/Doctor Octopus: Year One, Andrews is back at Marvel Comics and ready to capture readers’ imaginations with this astonishing take on the Marvel Universe.

Red Room Black Widow, teenage Spider-Man, World War II Captain America — the most iconic versions of your favorite Marvel characters from across time and space all wake up on an island of intrigue, darkness and…Amazing Fantasy. Are they dead? Are they dreaming? Or have they truly been transported to another fantastical realm? And is there any way for them to return home? This isn’t just a love letter to your favorite Marvel eras, it’s a reinvestment in the seminal characters you’ve always loved, plucked from their quintessential timelines.

check out the preview below: 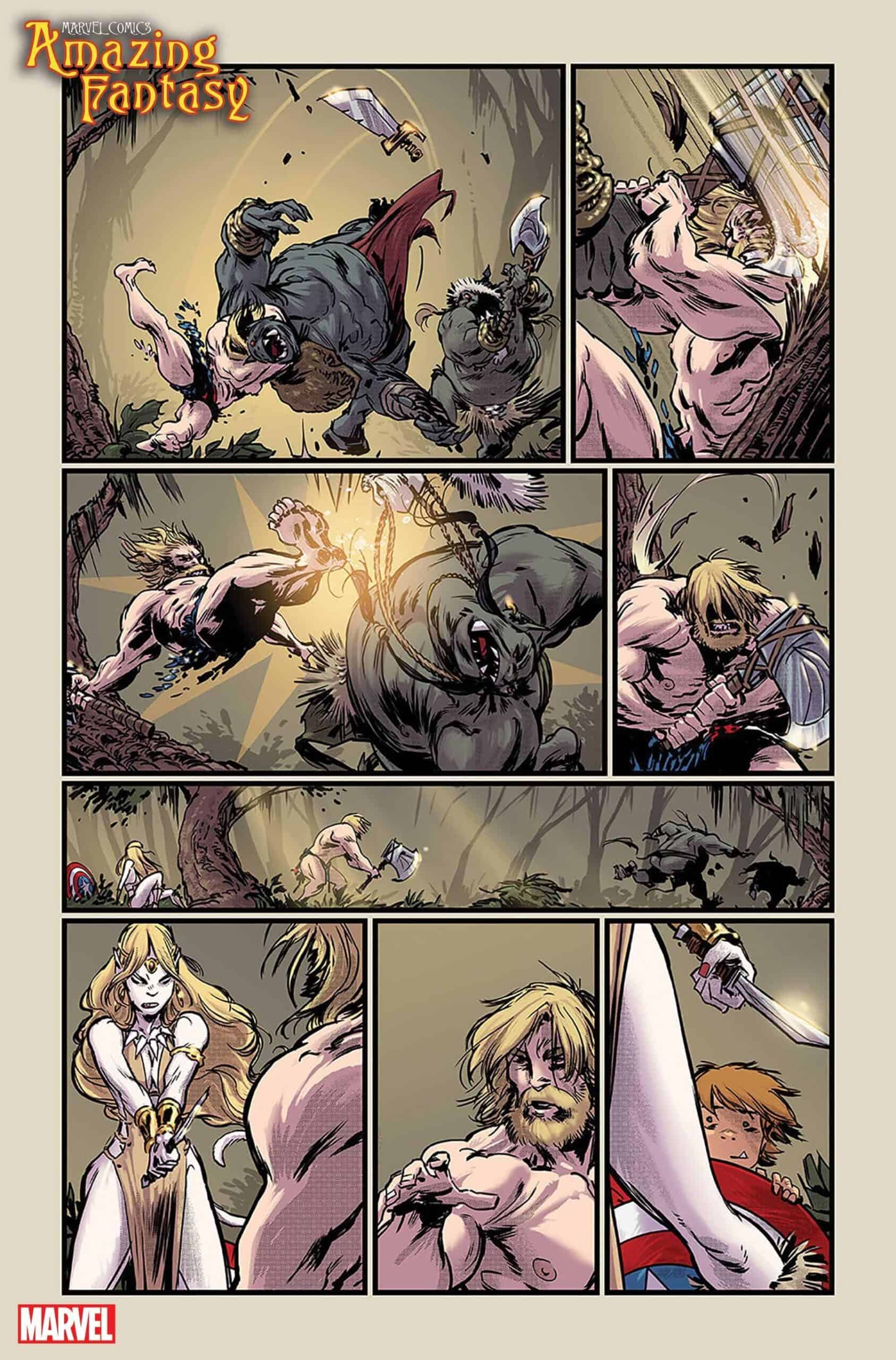 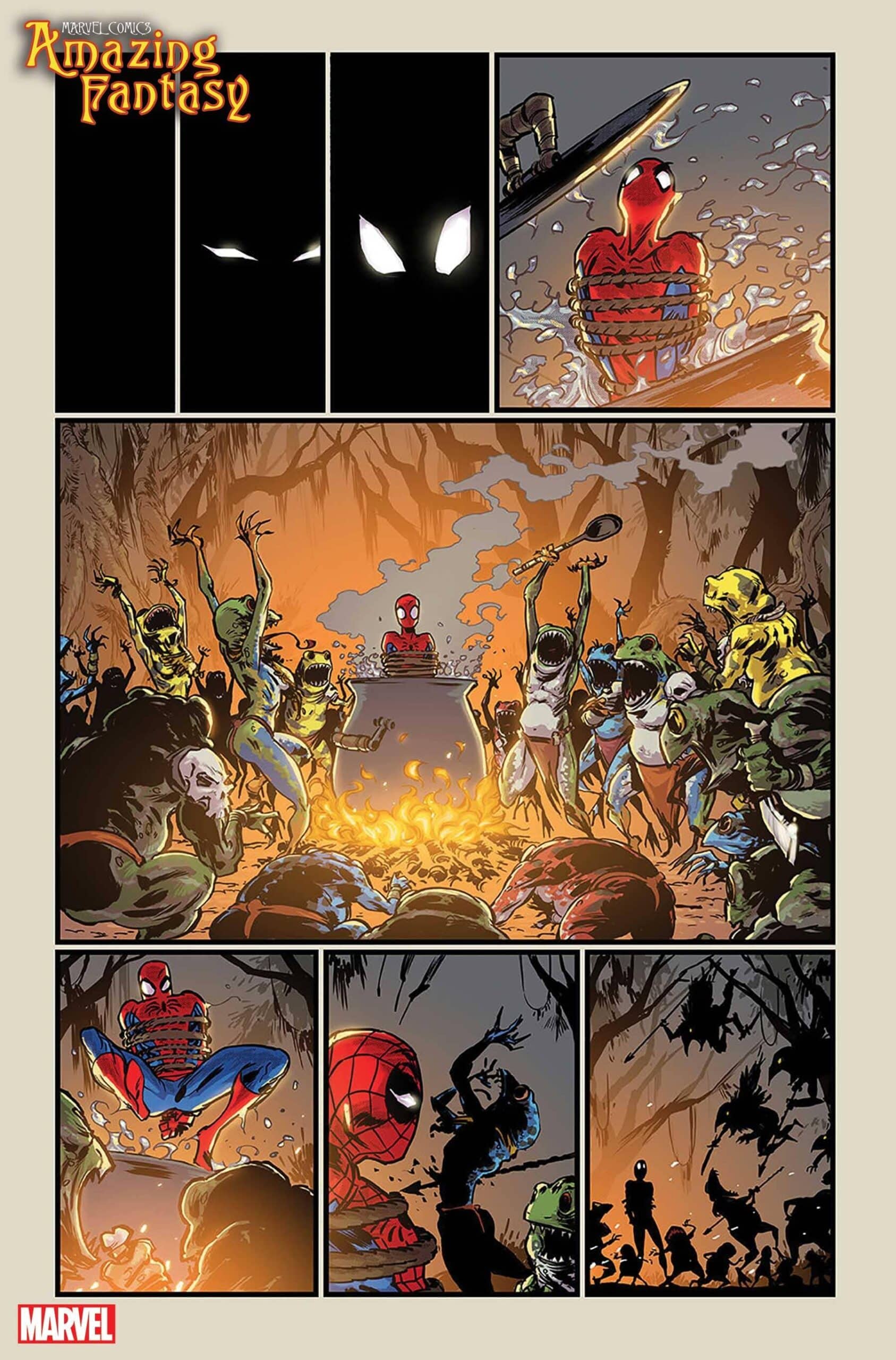 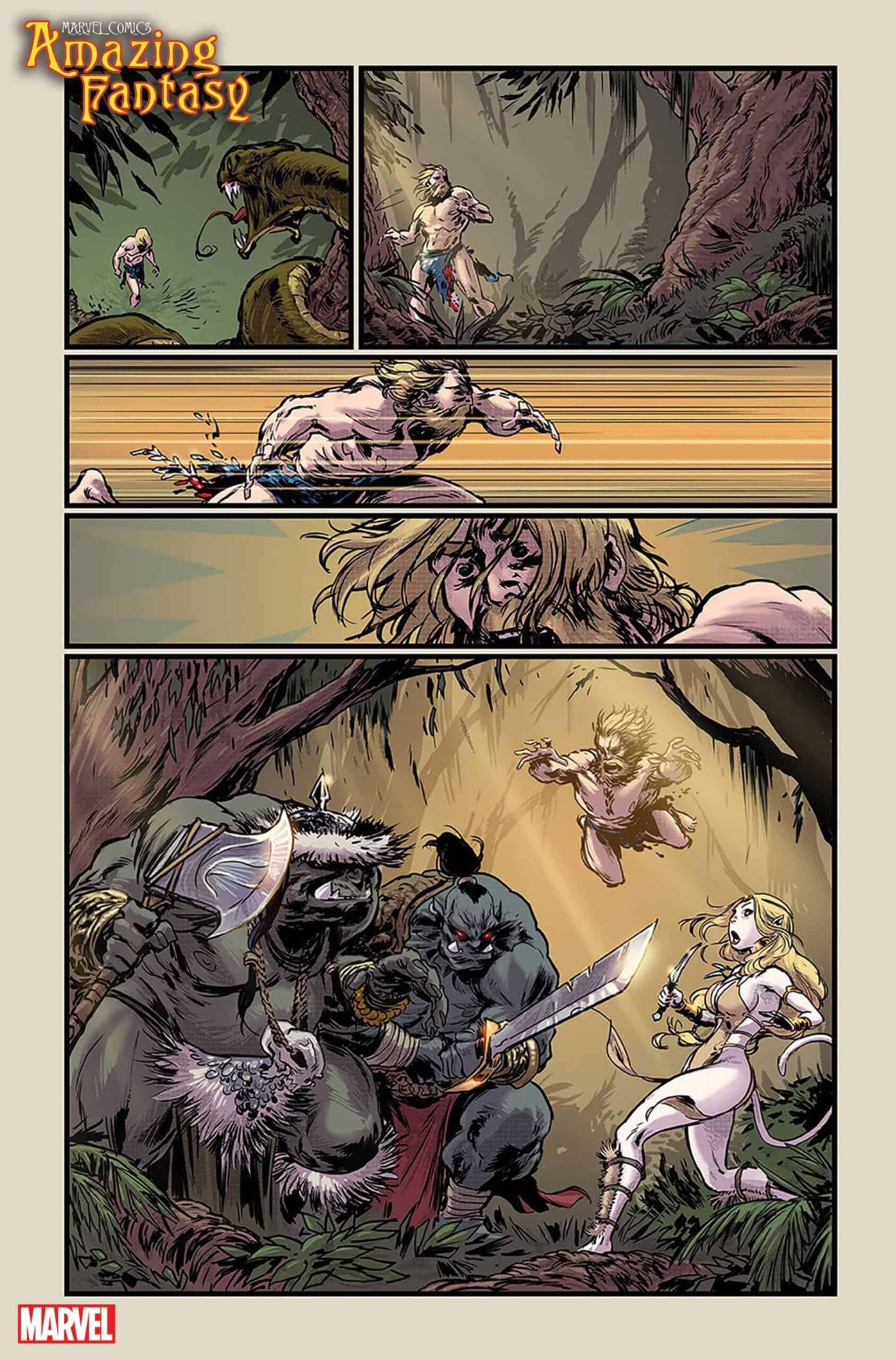 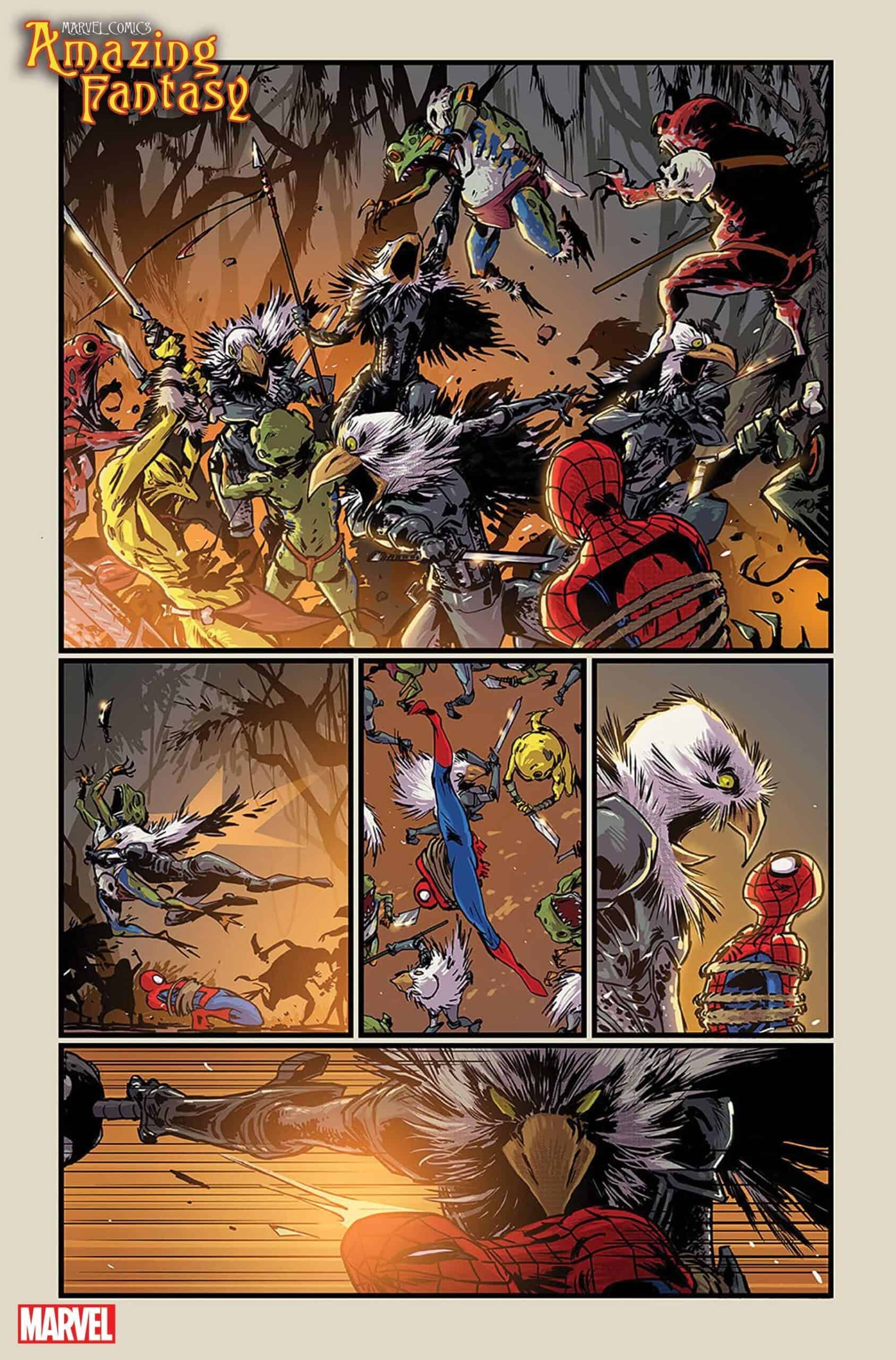 Andrews had this to say to Marvel.com about the new series:

“My very first memories of reading anything, even before I could read words, were of holding a Marvel comic in my hands at the age of four. I had no idea what the characters were saying, but I was enchanted with the story told through pictures. It is a thrill to return to a new Marvel limited series, writing and drawing not just my favorite characters—but my favorite versions of those characters. I just had to come up with a plan to put WWII Captain America, teenaged Spidey and spy school Black Widow into the same adventure.

“This is a story that combines not just different Marvel eras but different art styles to depict them. As a creator, sometimes you want to invent new heroes and villains to expand the universe into different places or ideas, but sometimes there is an even greater power in embracing what has come before. In telling fresh and passionate tales with heroes that an audience has already invested a lifetime in. There is a beating heart to these archetypes. And they need to live again!” 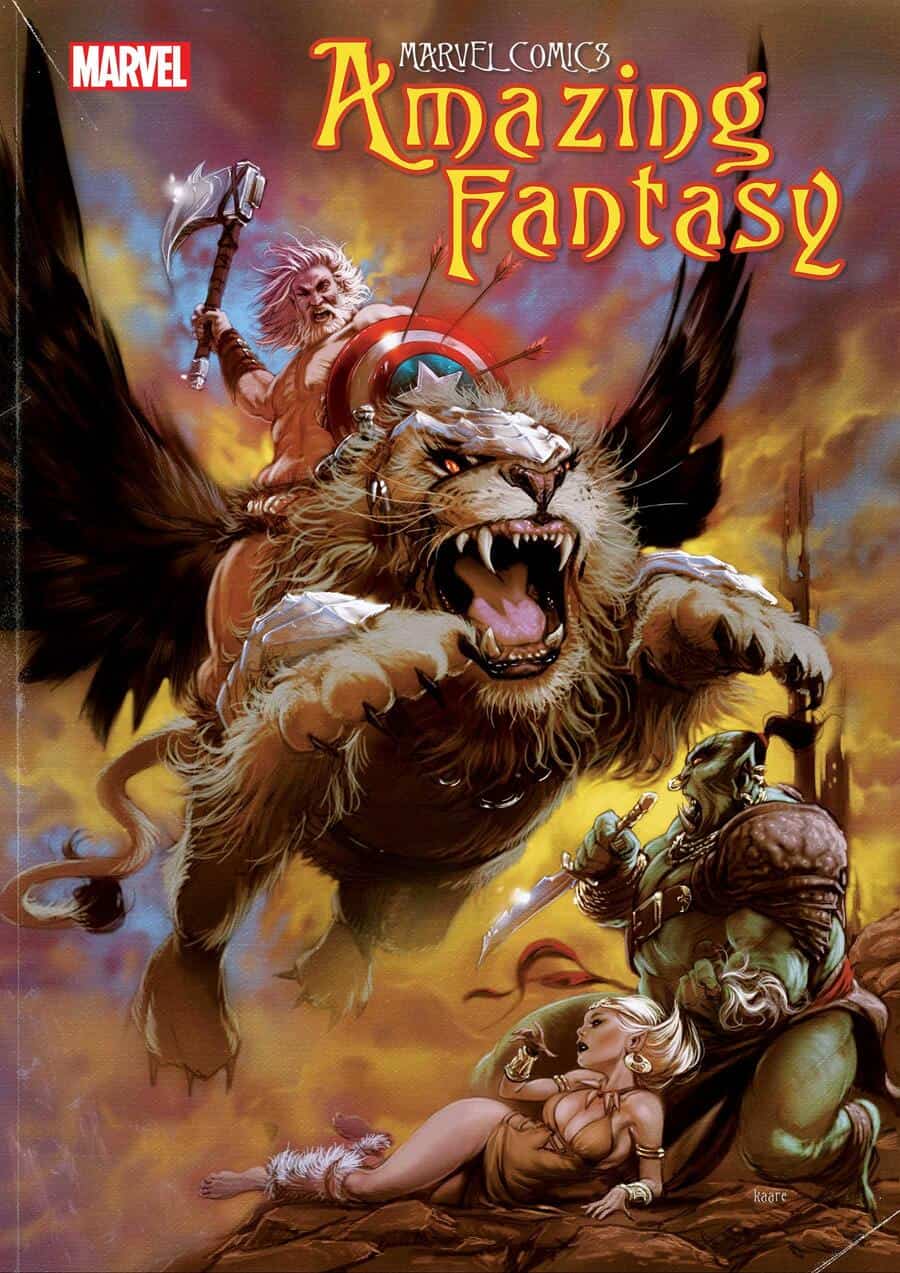