Even monsters have to deal with their criminal under world

The bestselling sales beast Killadelphia by Rodney Barnes (Marvel’s Runaways, STARZ’s American Gods) and Jason Shawn Alexander (Spawn) will kick off a new story arc with Killadelphia #19 this February. This new chapter in the popular vampire crime comic will feature special “Noir Edition” issues which will showcase the interior artwork in black and white.

Killadelphia #19 is the perfect jumping-on point for new readers—and a pivotal turning point for the series. In it, the Undead detective James Sangster Sr. and his werewolf allies are about to make their final stand against vampire queen Abigail Adams and necromancer Thomas Jefferson. But shocking new revelations come to light as demons unearthed from America’s past threaten the very world as we know it!

“If you love vampires that scare the shit out of you? You can find them in Killadelphia.” —Snoop Dogg

“The stunning and fresh horror fable I’ve been craving. This one feels like a classic.” —Jordan Peele

“Rodney Barnes is one of the most exciting genres writers out there and Killadelphia is a great blend of poignant social commentary and riveting horror storytelling.” —Matthew A. Cherry, Oscar winner Hair Love

“As if the hood needed more horror! The relationship between father and son is scary enough but Killadelphia added a whole other layer to it!!! I love horror, sci-fi, fantasy, and the hood through the lens of blackness! A truly unique graphic novel experience. Nothing like Killadelphia exists!!” —Lenard “CThaGod” McKelvey

“Killadelphia a speaks to race, class, culture and vampires. All things that lead to a captivating story. What isn’t there to love!!!” —Michael Strahan, Co-host of ABC’s Good Morning America 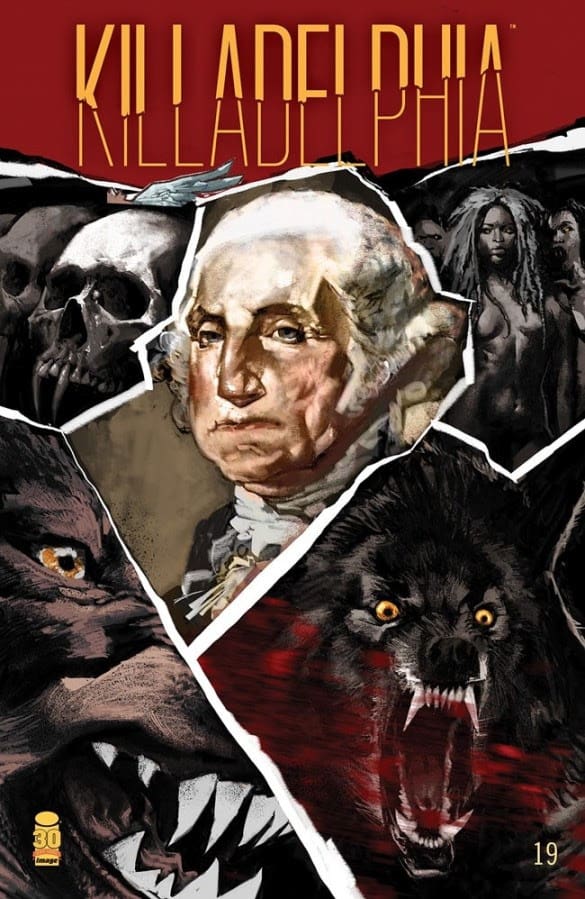 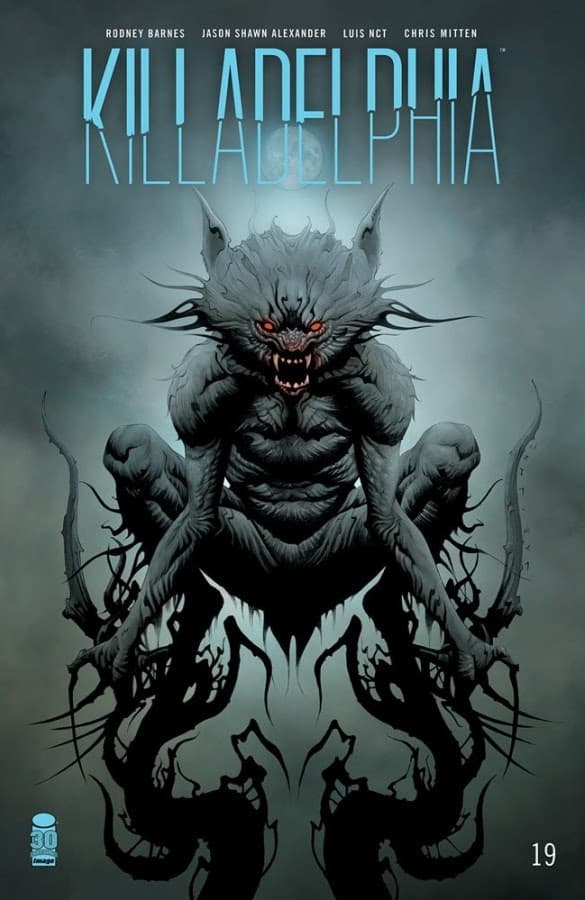 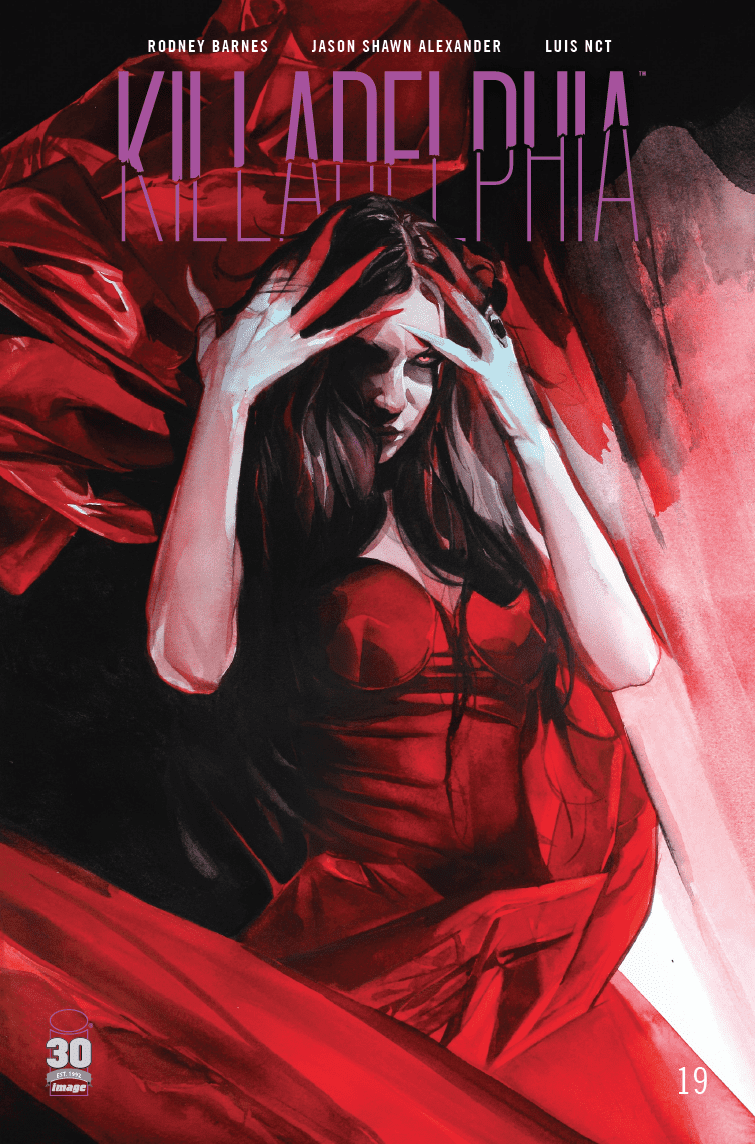 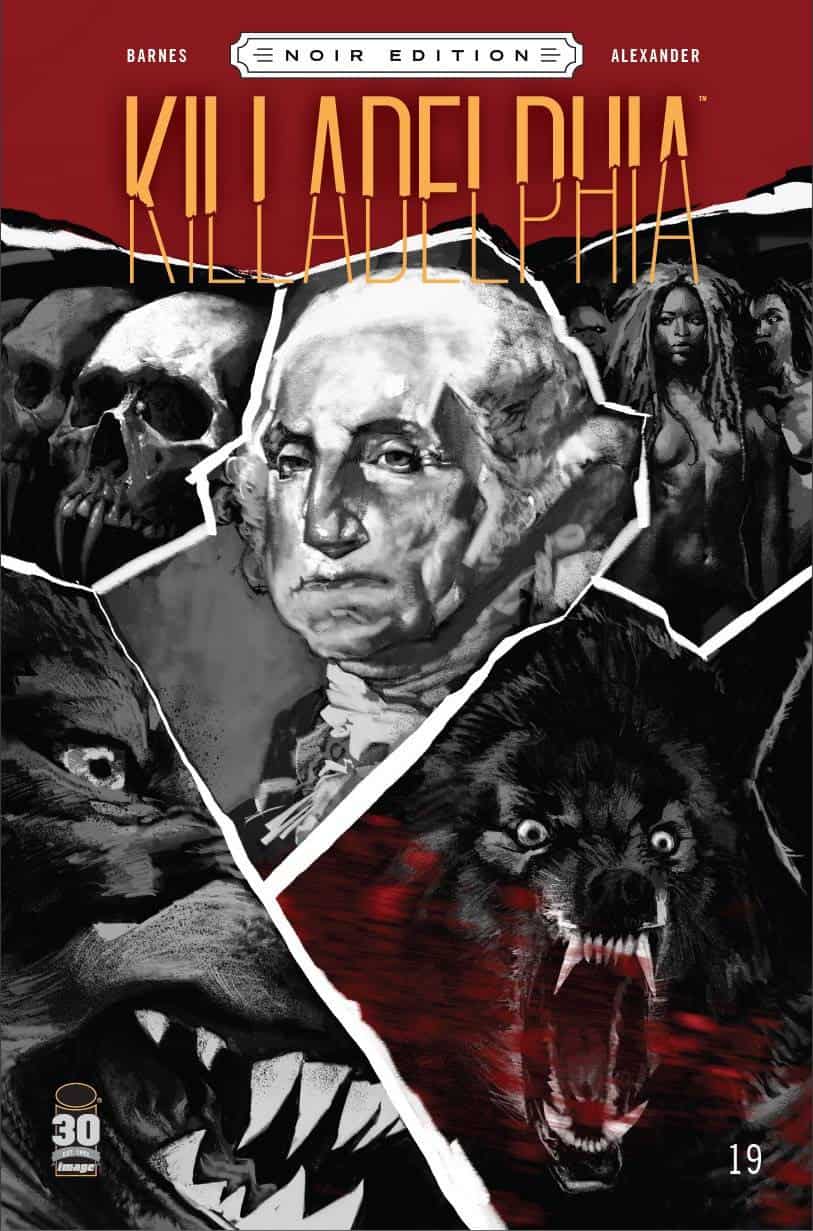 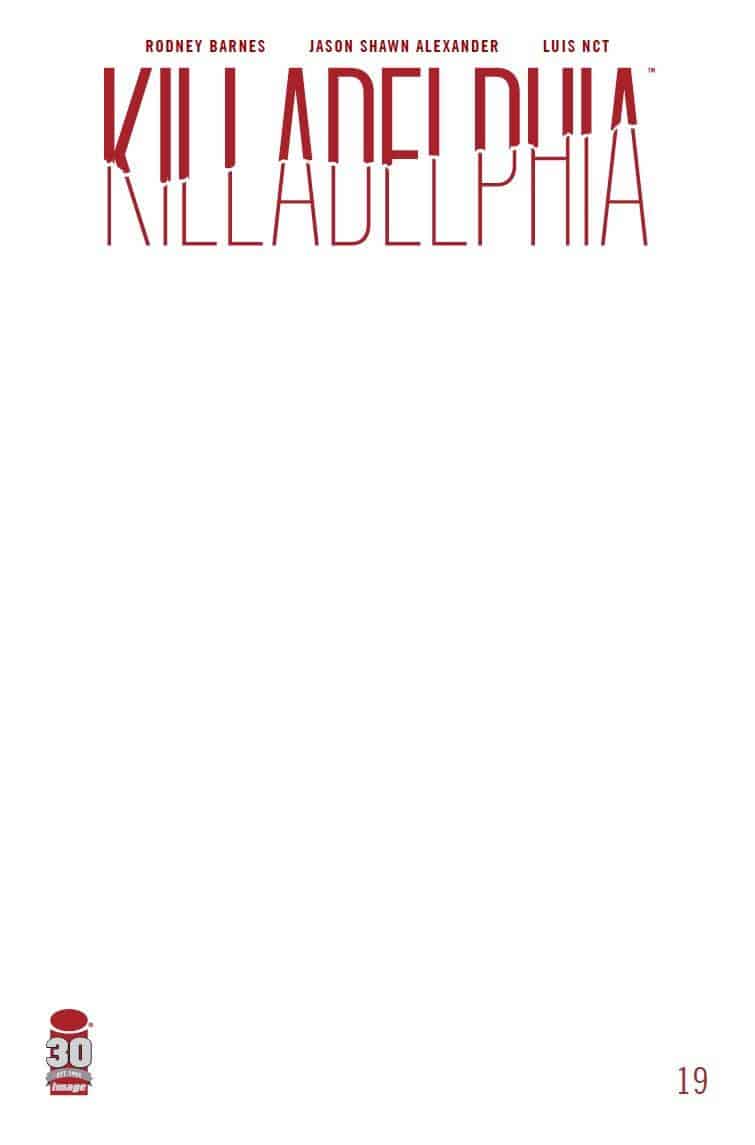 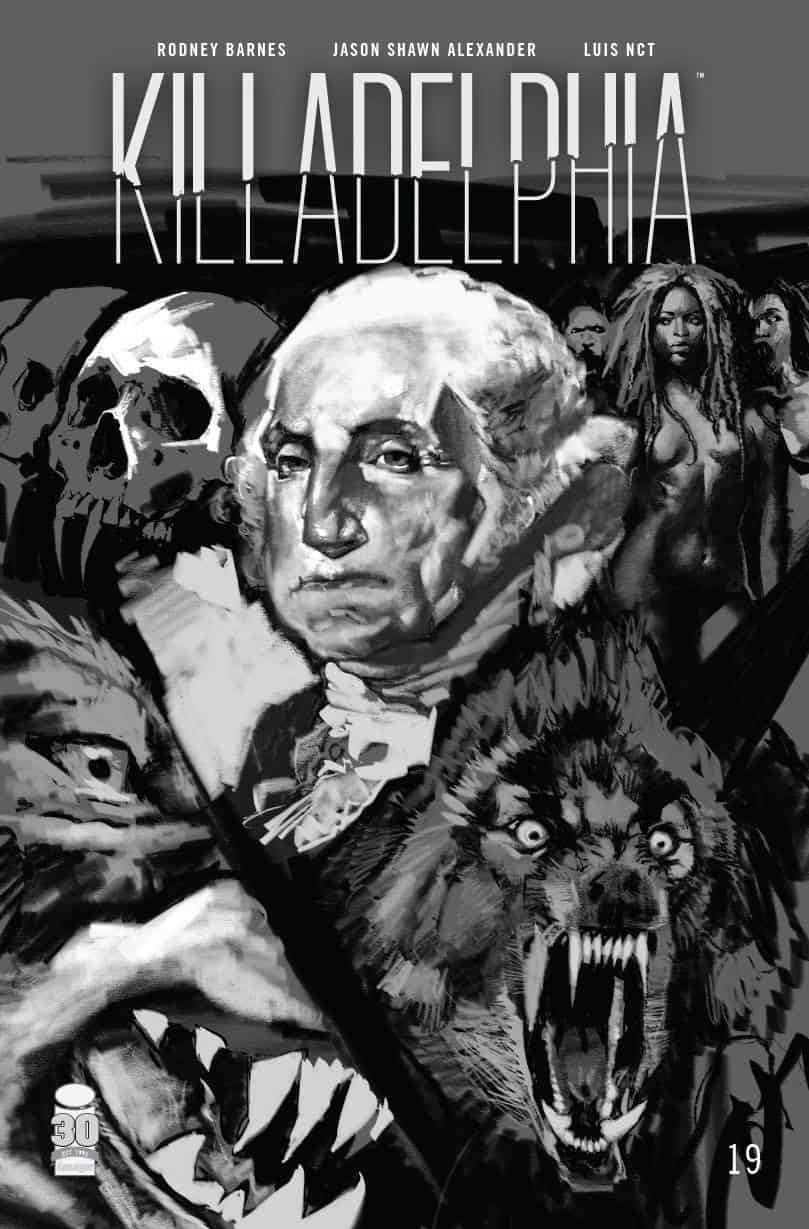 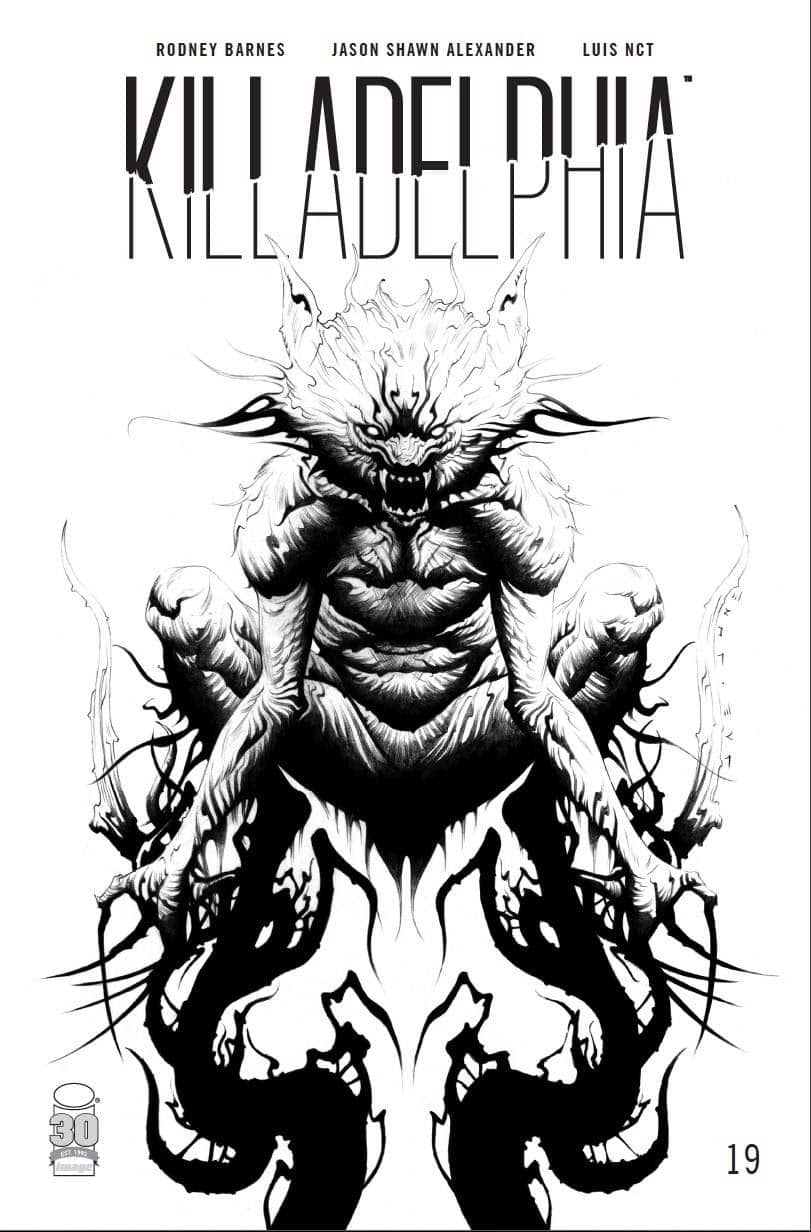 Killadelphia #19 will be available at comic book shops on Wednesday, February 23. Killadelphia is also available for purchase across many digital platforms, including Amazon Kindle, Apple Books, and Google Play.