McFarlane’s Lowest Print Run Ever Released, and each book will be signed with its own UNIQUE number on it.

“After listening to the retailers who wanted more time and information about this new incentive, here is why this incentive book will be so special. First, each book will have its own unique sequential number on it (based on the final Final Order Cutoff total). Making each book a ‘one-of-a-kind’ item as no other book will have that same number!” said McFarlane, creator of Spawn and President at Image Comics.

“Second, each of those books will also be signed by myself. This will mark the lowest print run I’ve ever offered to retailers! And I will never sign another copy of these books… meaning the total number of signed books will always be limited to this initial offering.”

“Third, you have my promise that I will never sign another copy of this book in the future.”

“And lastly, for those retailers who do qualify for the 1:250 cover I have done, you will also be getting five of the unsigned Greg Capullo 1:50 incentive covers as well. So, that is six incentive covers in total for every 250 copies a store orders.”

“I am always looking for ways to have fun and enjoy the process of making comics, and collaborating with Donny on this cover was a way of reminding myself of all the cool covers I used to see from creators when I was a young collector.”

The release of King Spawn #1 is nearly three decades in the making and marks the first time a #1 Spawn issue has been available, in monthly form, in over 28 years. Issue #1 is a massive 56 pages thick with stunning art and action-packed storytelling.

King Spawn #1 McFarlane signature and unique numbering will vary in placement on the actual books from the example revealed. The exact print run number will be available after FOC on Monday, August 2. 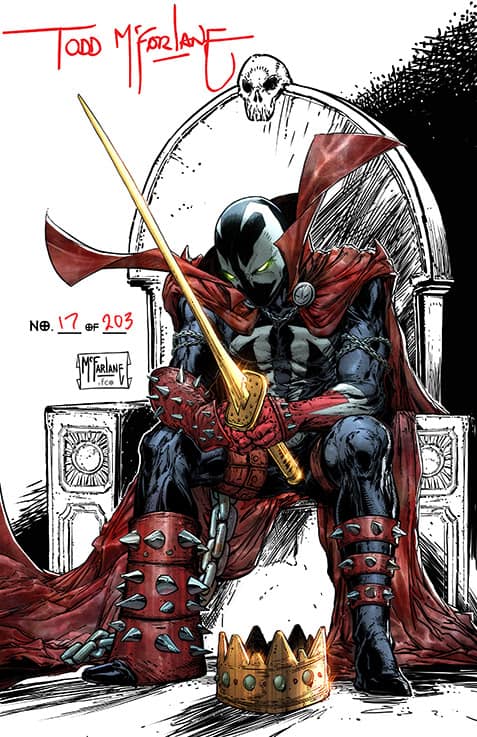 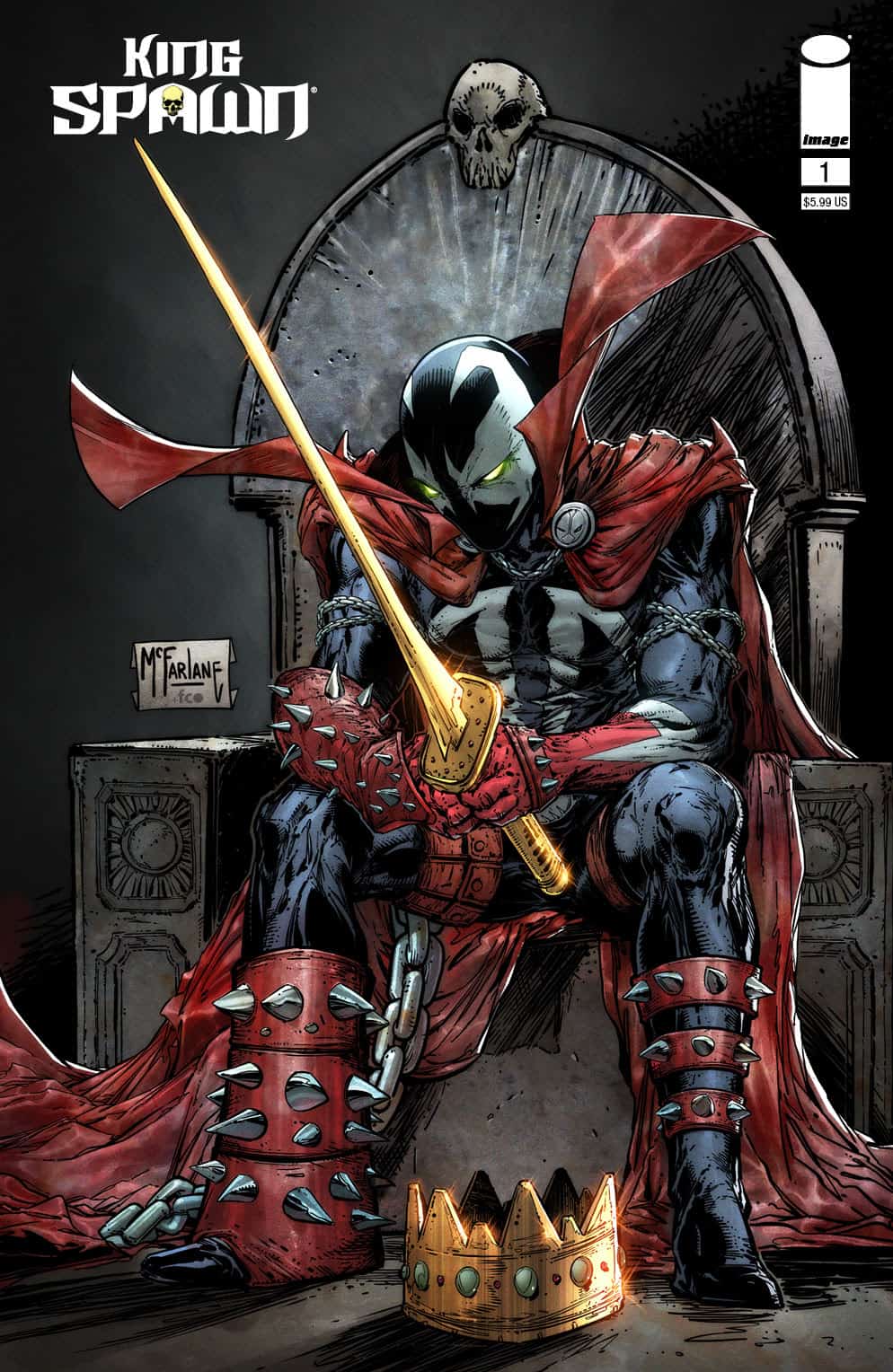 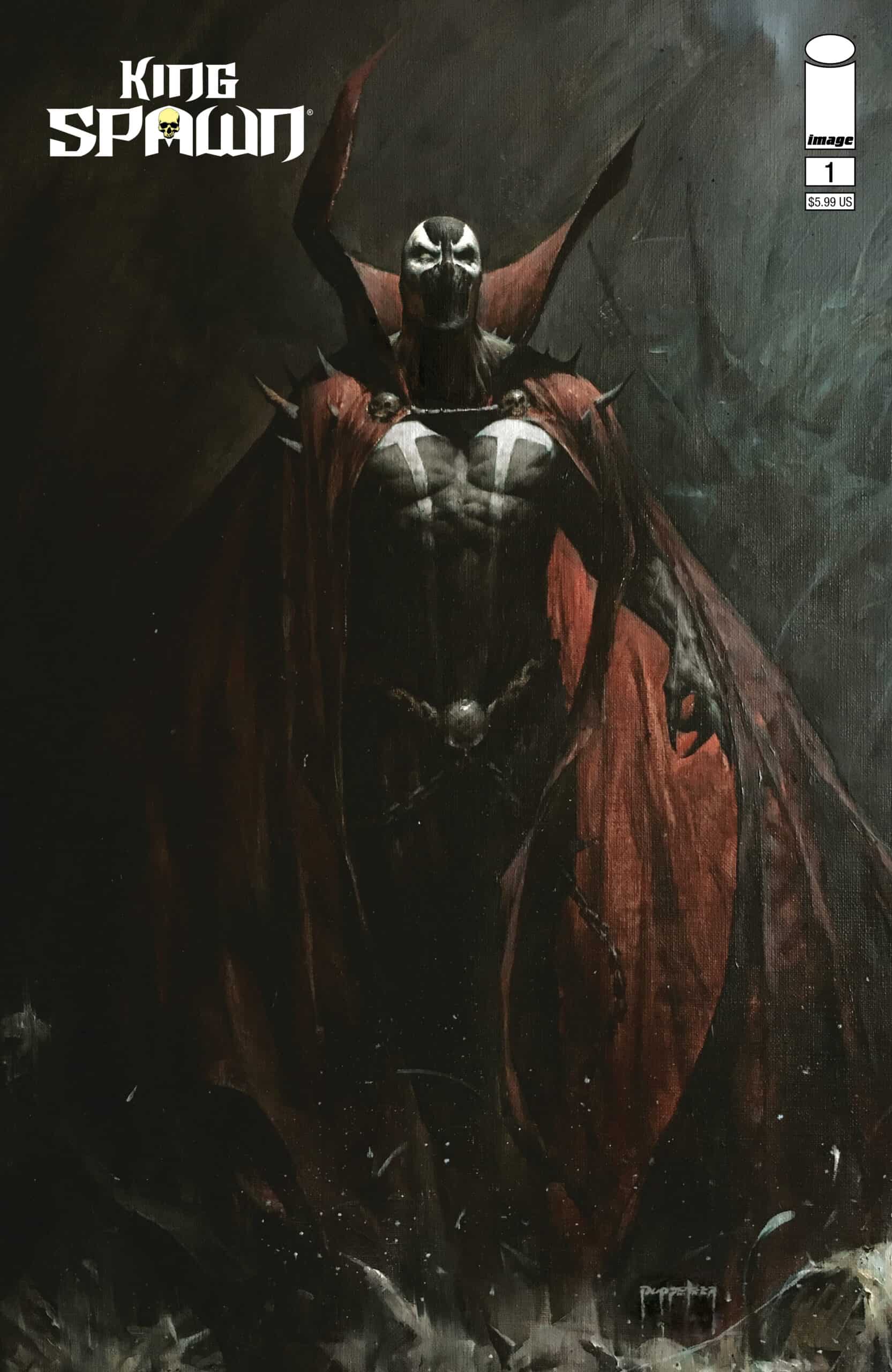 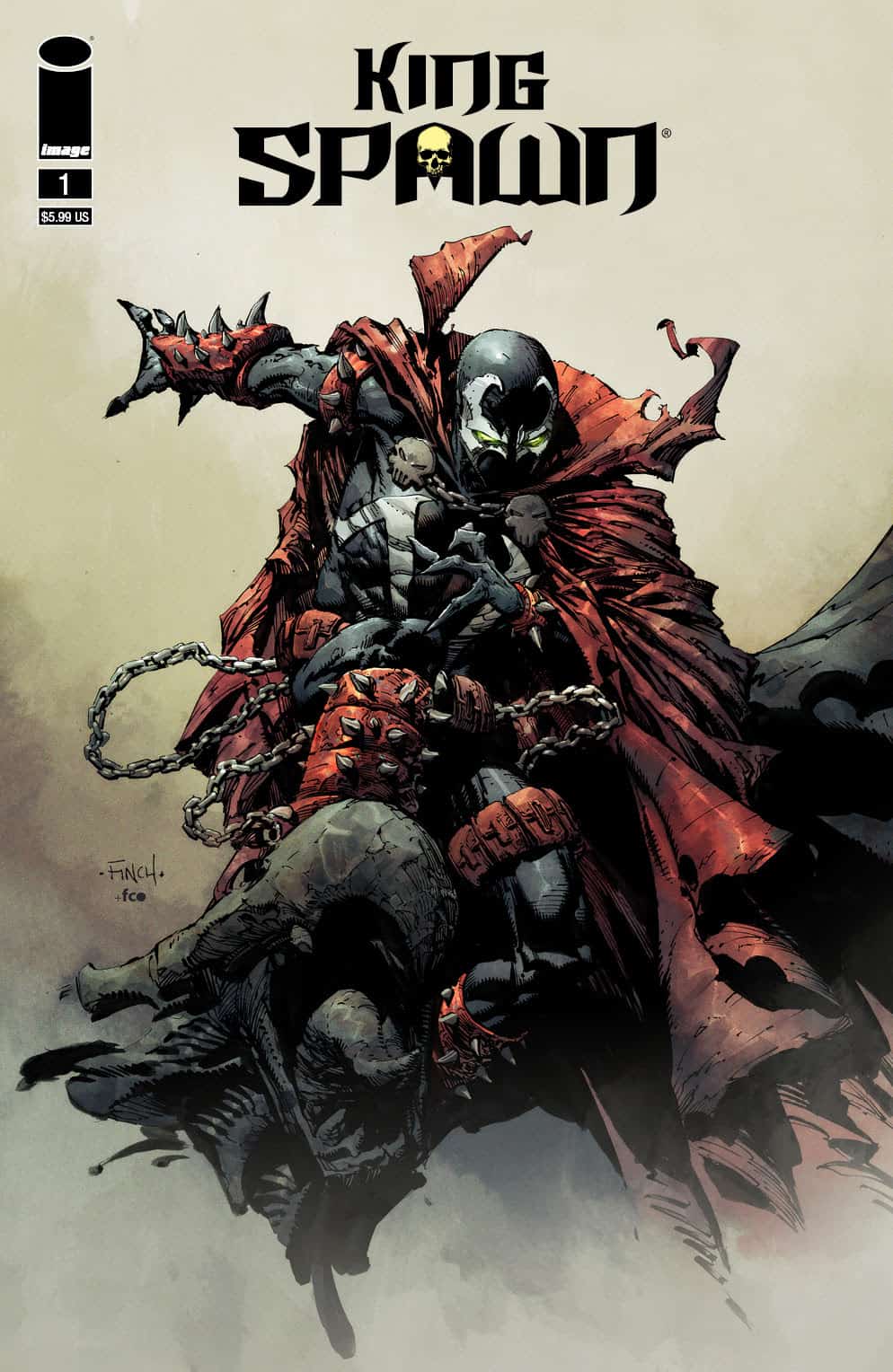 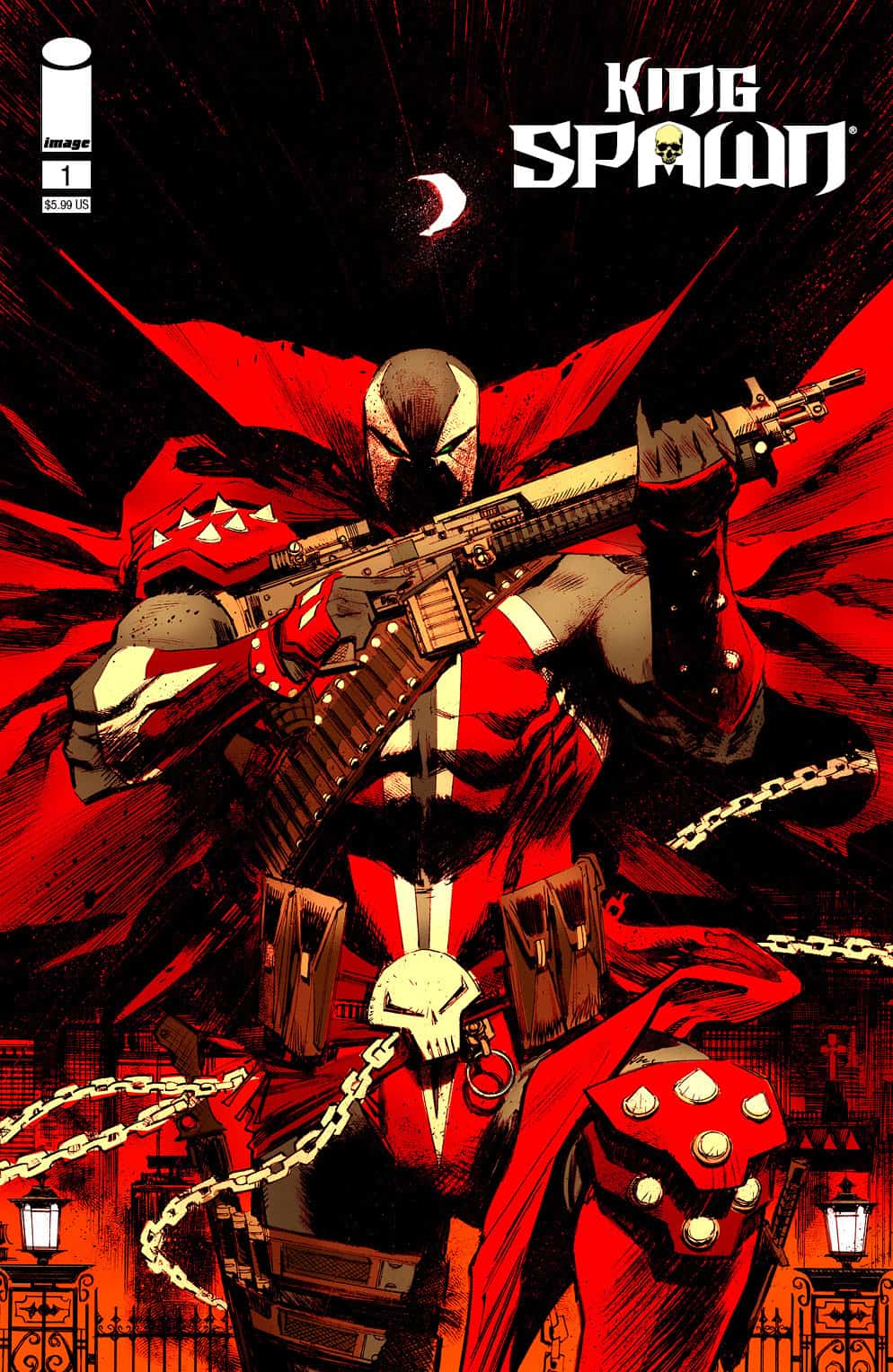 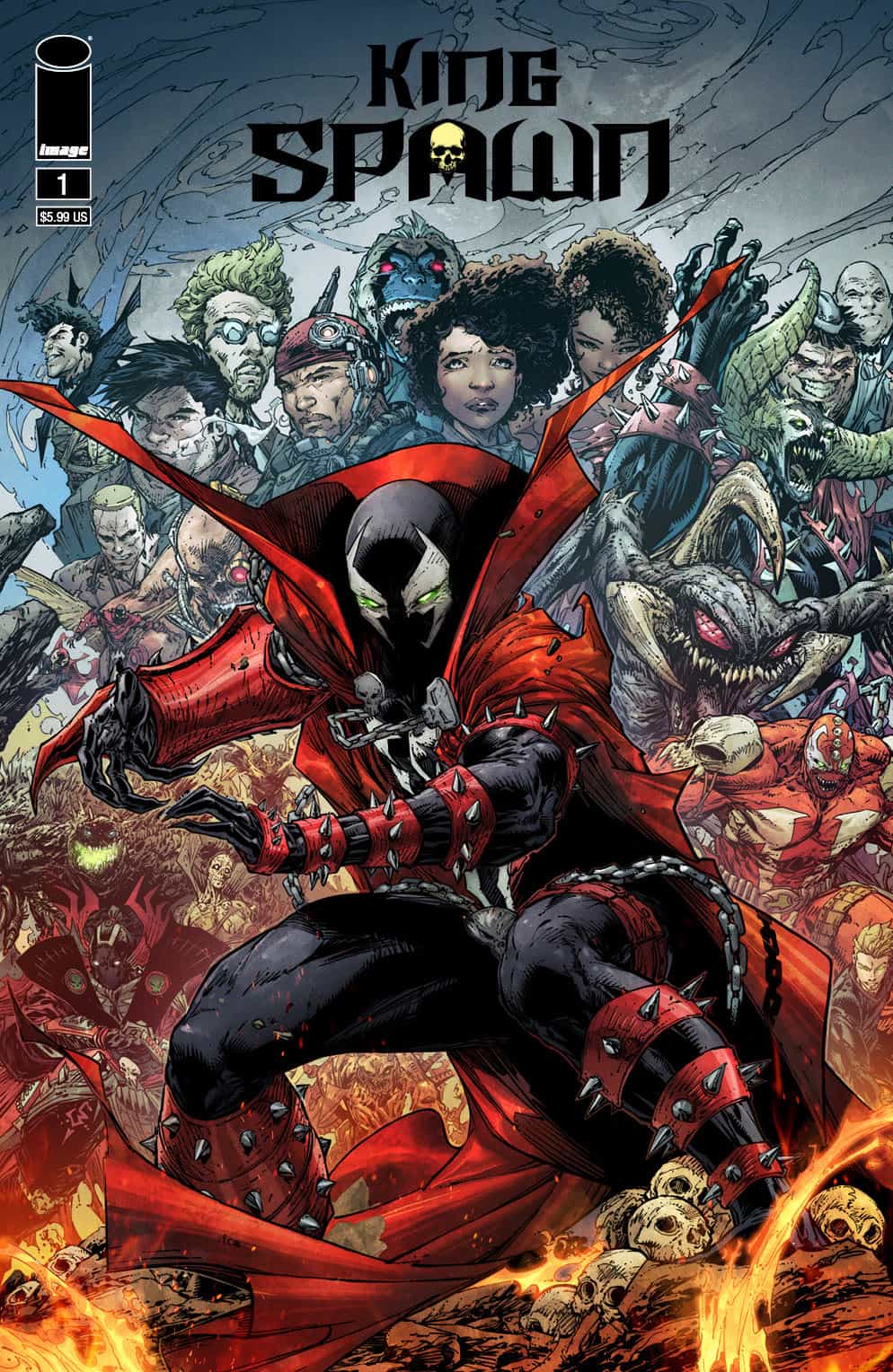 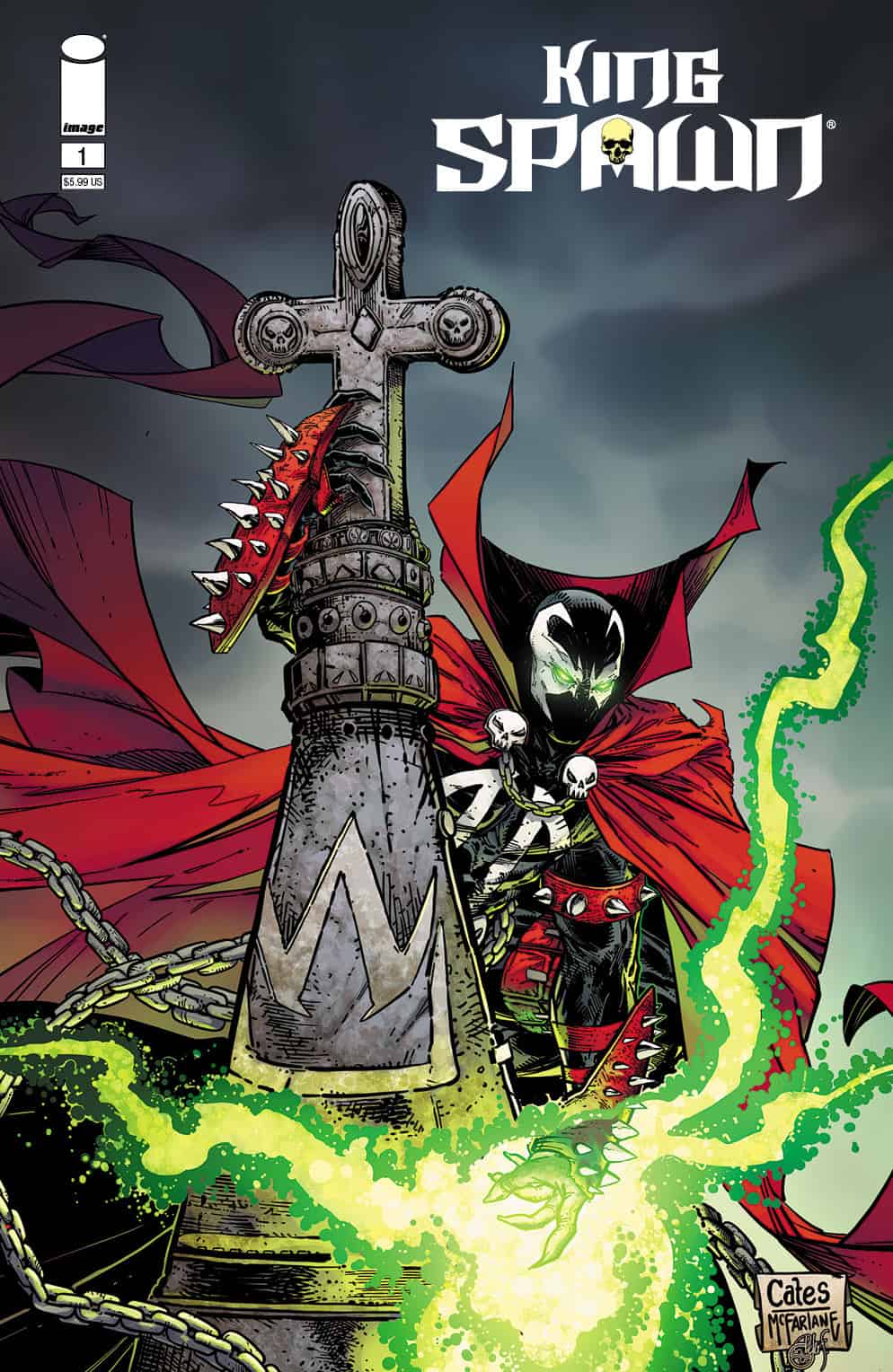 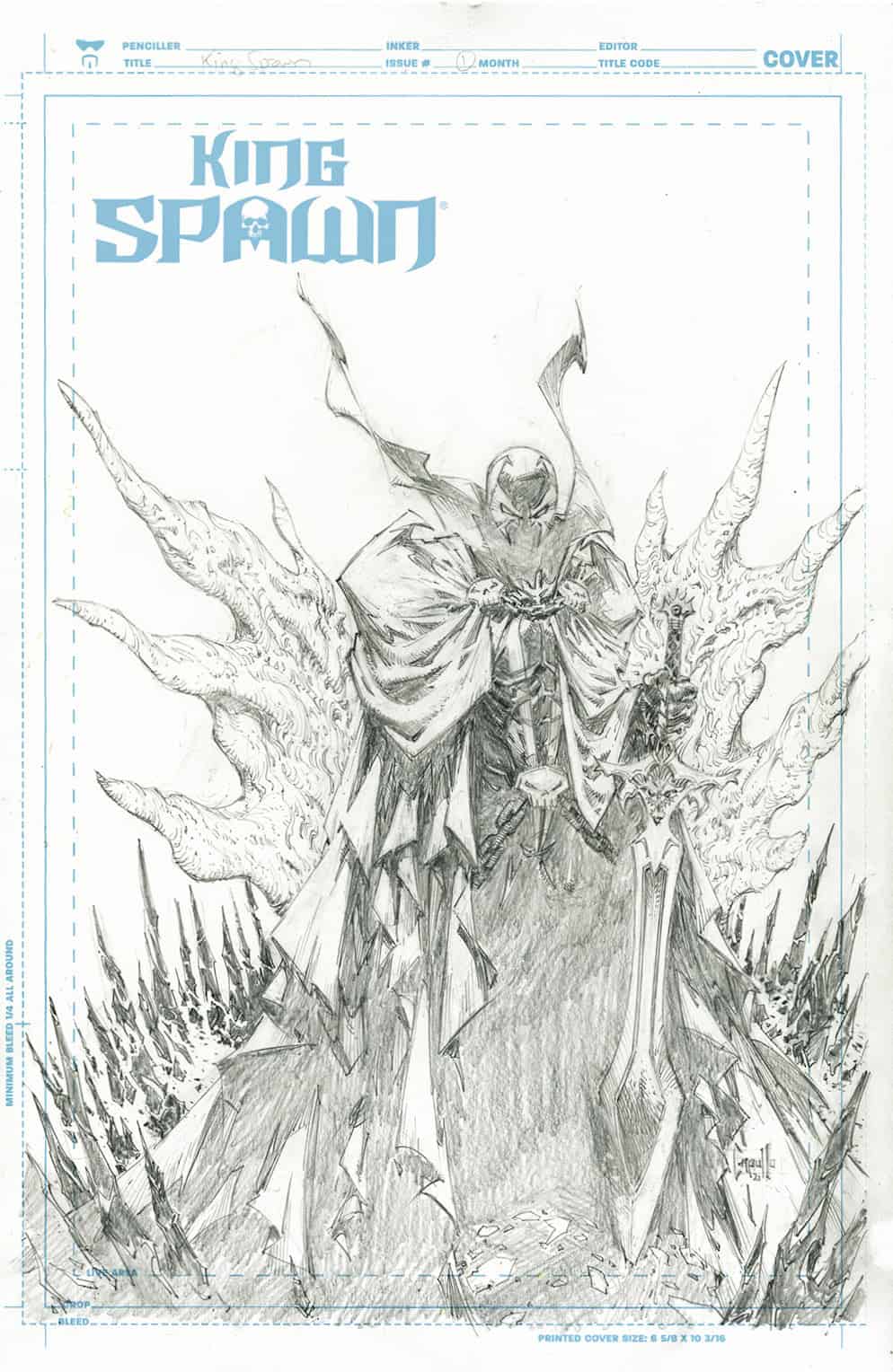