The recent launch of Todd McFarlane’s new monthly comic book, King Spawn #1, has shattered sales records. With just under a half-million pre-orders by comic stores retailers, this marks the single largest new superhero monthly title launch in the comic book industry in the past 25 years based on the standard sales formula of the comic book industry (non-returnable, non-retailer exclusive sales).

Total pre-orders of 497K are bigger than any Marvel new monthly superhero launch, including Ironman, Hulk, Thor, or Captain America issue in the past quarter-century. McFarlane’s King Spawn #1 also topped any DC Comics new monthly title launch for the past two and a half decades, including Batman, Superman, Flash, or Wonder Woman.

No Avengers or Justice League character has debuted a monthly book with sales numbers like King Spawn #1 in the 21st century.

The Spawn character was first introduced in 1992, with the release of Spawn #1, to a record of 1.7 million copies that still stands today as the highest selling, creator-owned comic issue of all time. Published by Image Comics (the third largest comic publisher in North America behind Marvel and DC), the Spawn character also set a record as the longest running, creator-owned comic on the planet when issue #301 was published in 2019.

With its creator, McFarlane, announcing the expansion of a new “shared universe” at the beginning of this year, the initial title from that announcement, Spawn’s Universe #1, hit stores in June to the largest sales from Image Comics since 1998. The first issue of King Spawn beat that number by two and a half times. This is an unprecedented level of sales for a character who has only been published in one book for the past three decades.

Spawn’s creator, Todd McFarlane, also owns the world’s record for most sales of a superhero book written and drawn by the same person, with Spider-Man #1 published by Marvel in the ’90s. During his time at Marvel, McFarlane was the visual creator of Venom, appearing in multiple titles and a successful movie for Sony’s film division.

In a press release McFarlane had this to say about the achievement:

“The numbers that came in were much higher than what I had projected. With sales that now have a historical impact in our industry. It proves that the character Spawn and the world he lives in still resonates to fans almost thirty years after I first introduced him. But the biggest thing for me is having King Spawn becoming another example to the creative community that you can have creator-owned success outside of the two huge publishing giants, Marvel, and DC Comics. Every story that shows you can make a career on your own will hopefully inspire other talented people to try. As President of Image Comics, advocating for the creators has been our goal since its inception in 1992.” 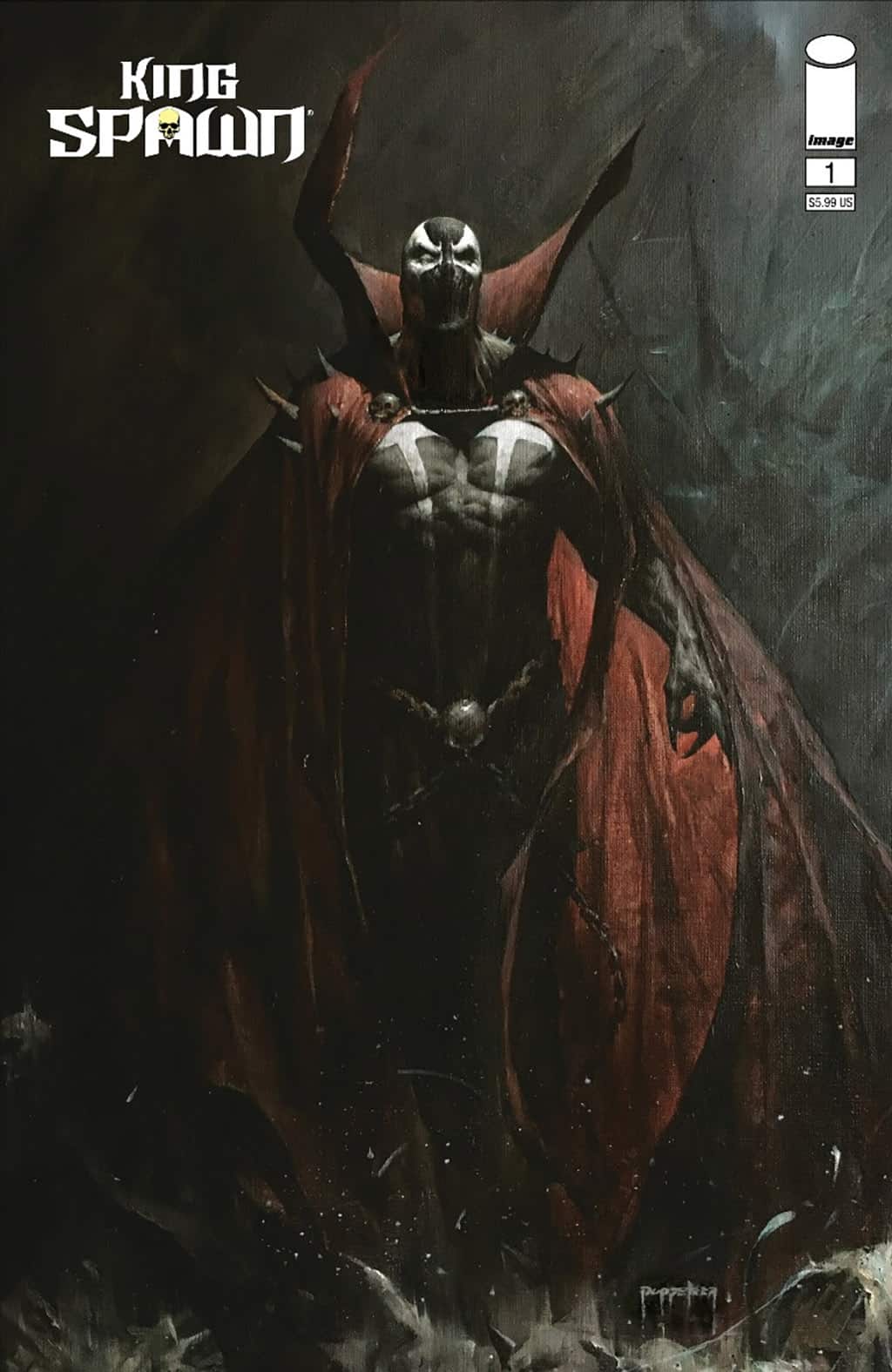 King Spawn #1 will be available at comic book shops on Wednesday, August 25:

Spawn #321 will be available at comic book shops on Wednesday, September 1:

Gunslinger Spawn #1 will be available at comic book shops on Wednesday, October 6: