BOOM! Studios today announced DARK BLOOD, an evocative new six-issue original series from screenwriter LaToya Morgan (AMC’s The Walking Dead, Into The Badlands), rising star artist Walt Barna (The Osiris Path), and colorist A.H.G. about a young man forging a brave new future for himself and his family while dealing with his past, available in July 2021. 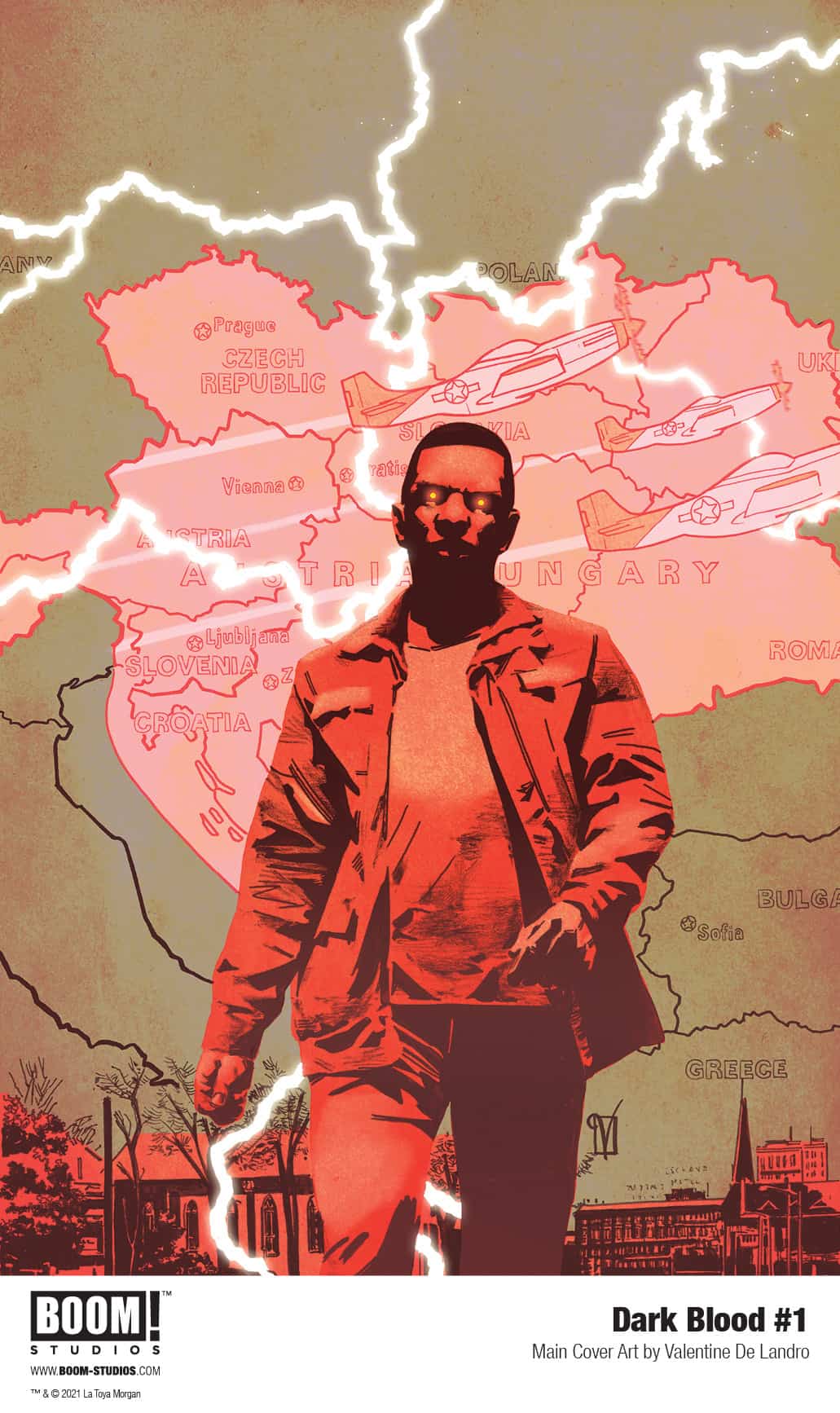 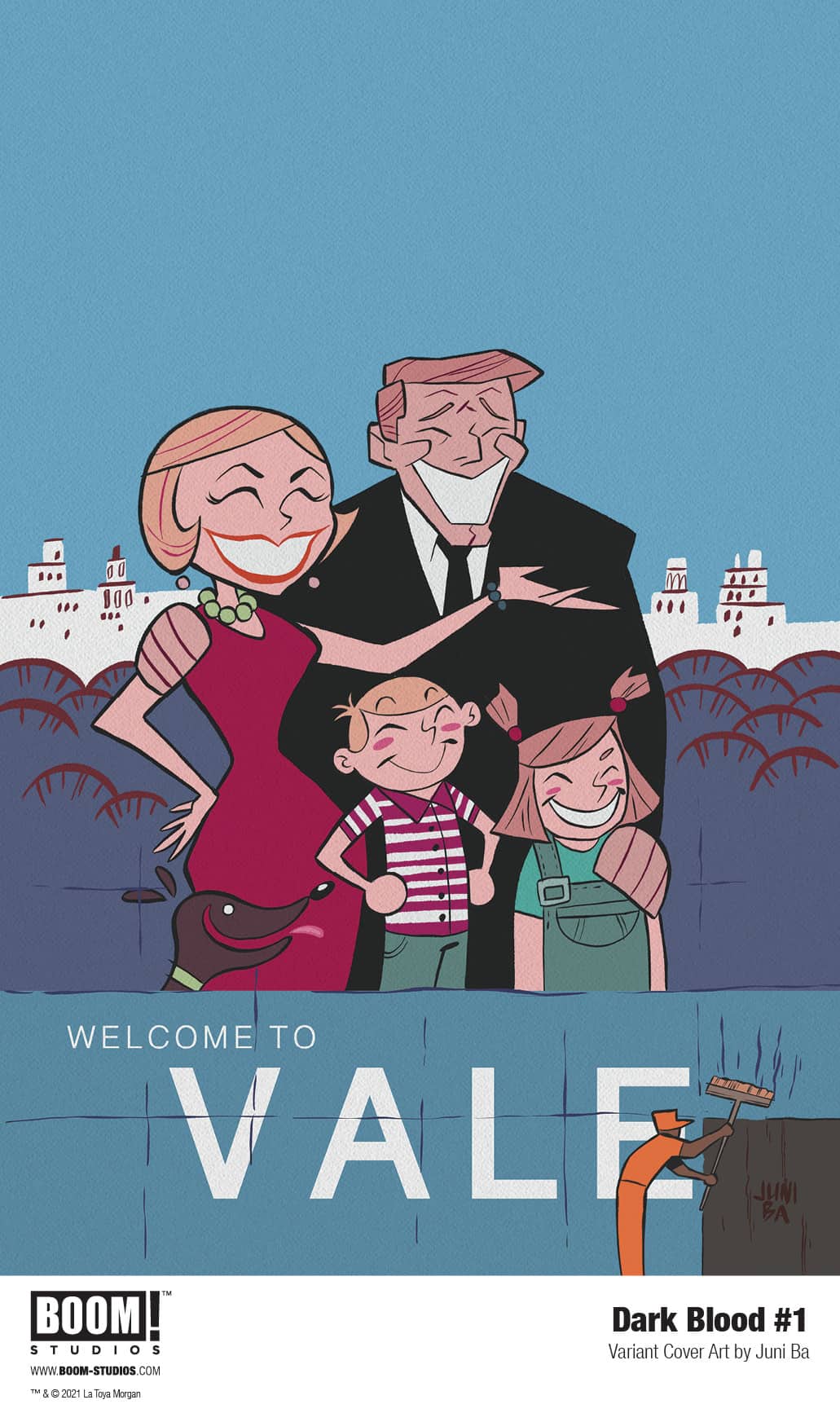 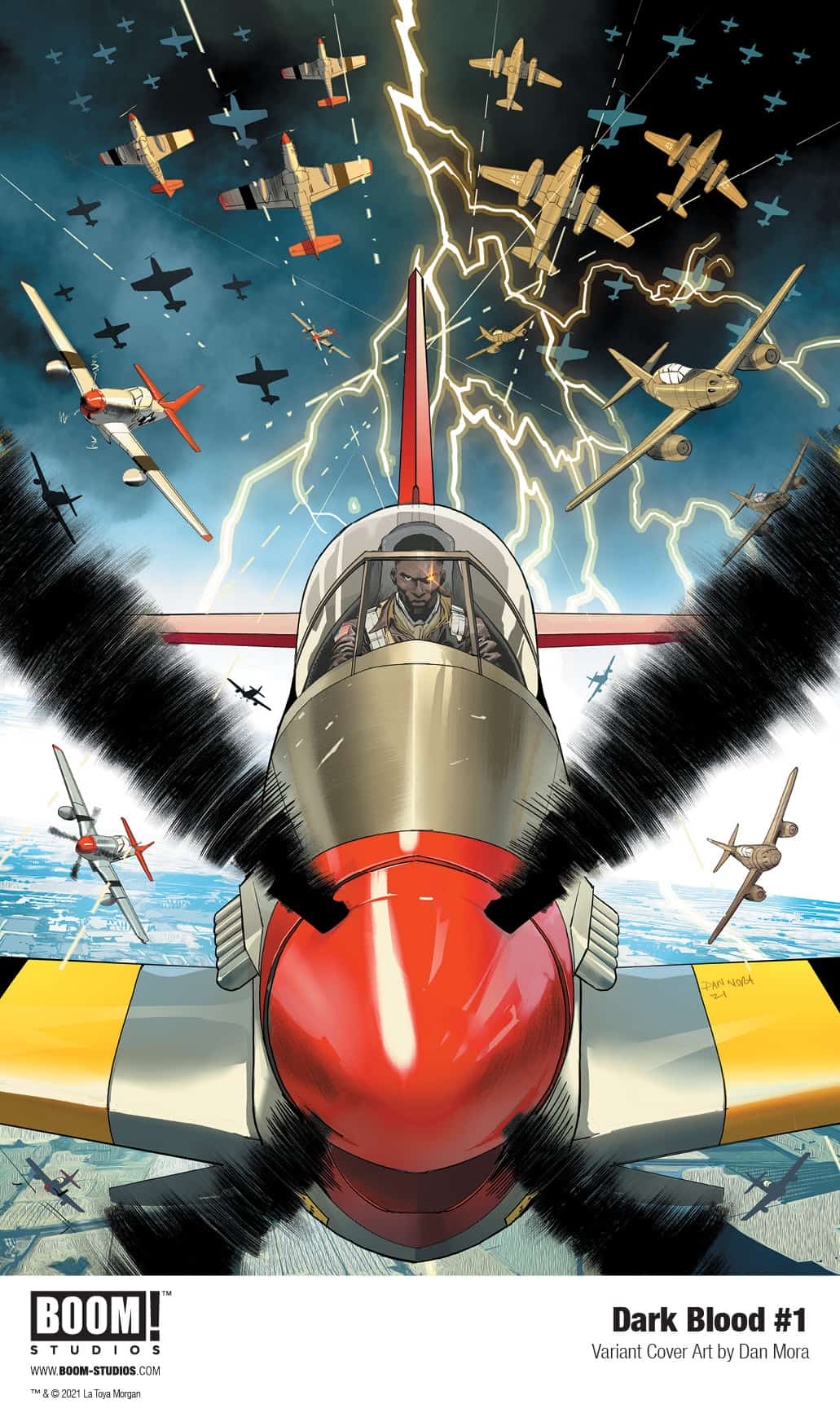 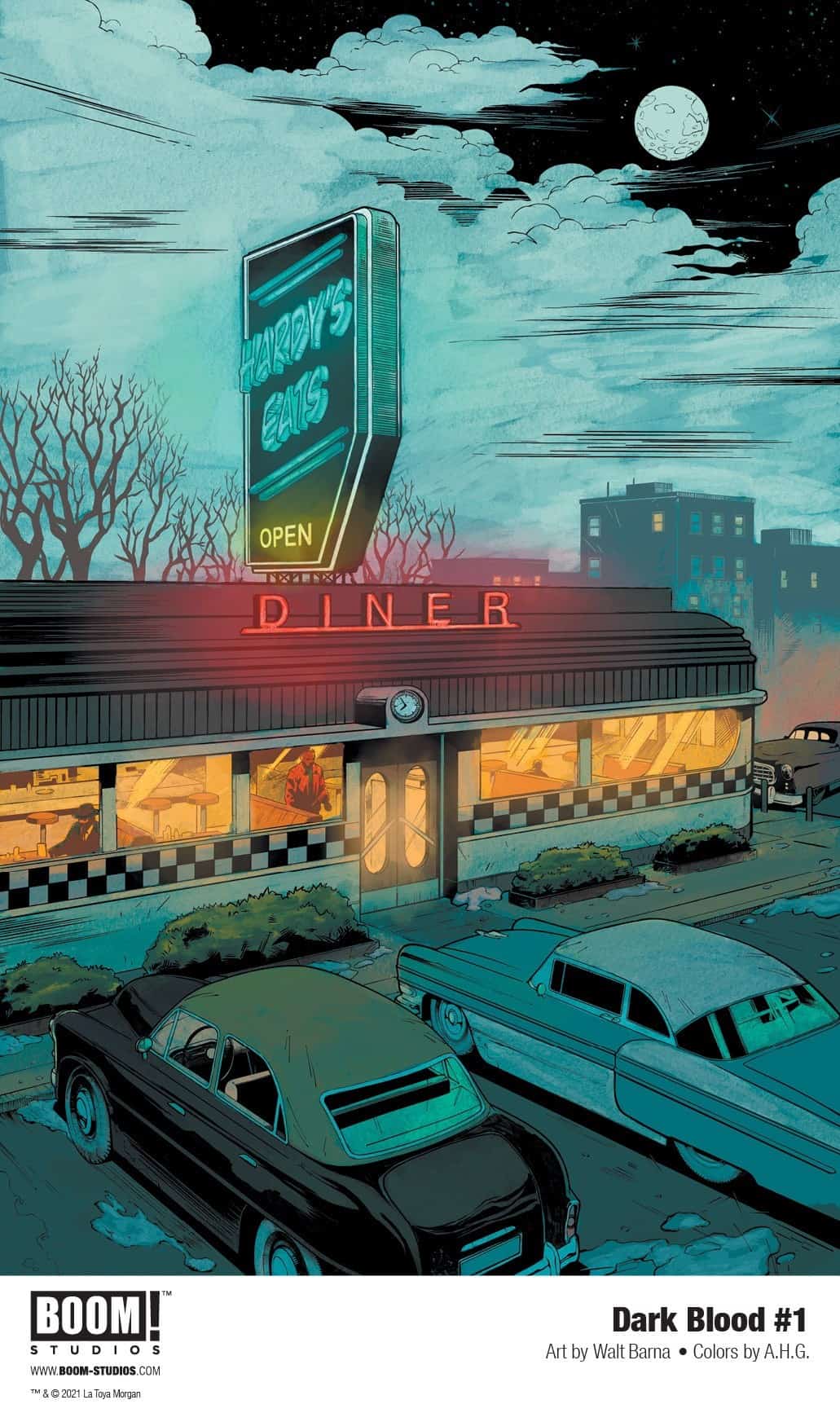 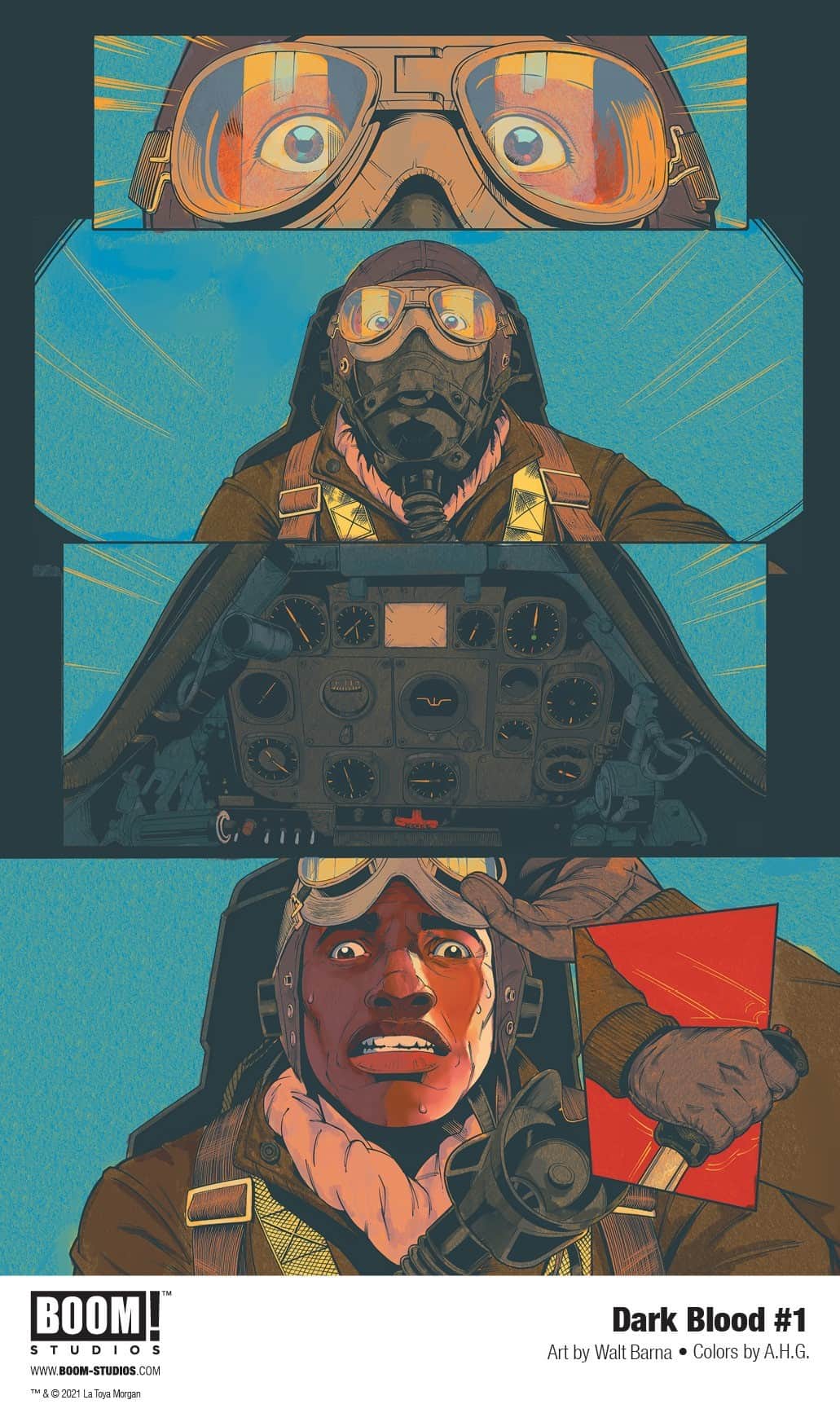 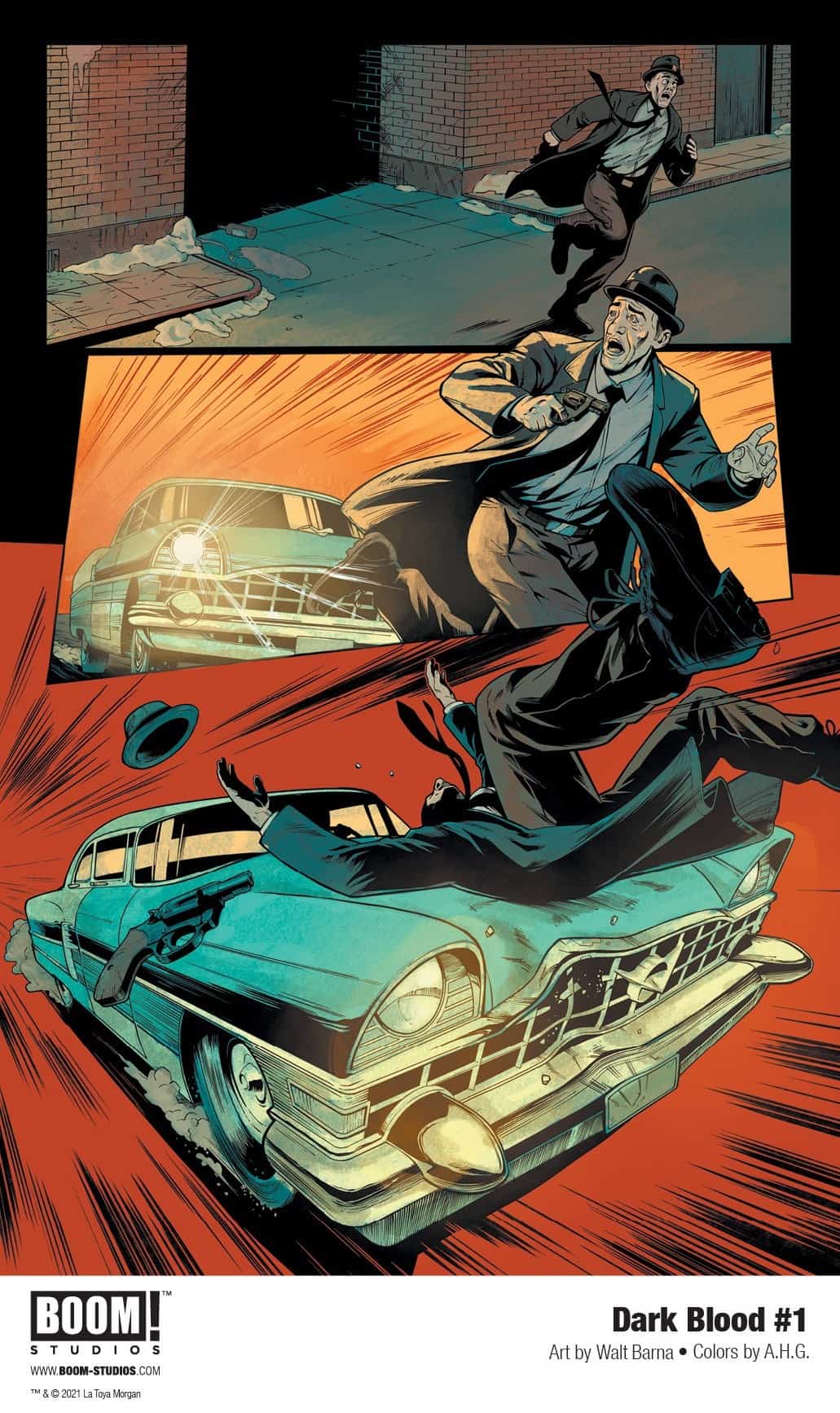 “DARK BLOOD is a thrilling, genre-bending story that combines twisty sci-fi and historical action, incredible feats of bravery and deep familial love,” said Morgan.  “I could not be more grateful for my creative partners at BOOM! who believed in this passion project from the start. I’m so excited for readers to take this wild ride with these characters I love so much.”

LaToya Morgan is a film, television, and comic book writer from Los Angeles, California.  Her comic books have been published by Zenescope, DC, and most recently BOOM! Studios.  Morgan has written for several prestigious television series including Shameless, Parenthood, TURN: Washington’s Spies, Into the Badlands, and The Walking Dead.  You can find her on Twitter and Instagram @MorganicInk.

Walt Barna is a self taught illustrator specializing in comics, cover art and children’s books. He has had a love for drawing since he was young that started with reading comics and watching Saturday morning cartoons. He enjoys drawing and painting all kinds of fantasy and science fiction related stories and is influenced by just about anything. He currently resides in  Bulawayo, Zimbabwe with his telepathic goldfish.

“LaToya and Walt are incredible storytellers and are telling a riveting story with complex, layered characters and an incisive look at American history,” said Dafna Pleban, Editor, BOOM! Studios. “I’m deeply grateful to have had the chance to work with the brilliant creators on this team to bring their unique and thrilling vision to readers and fans everywhere!”

Print copies of DARK BLOOD #1 will be available for sale in July 2021 exclusively at local comic book shops (use comicshoplocator.com to find the nearest one) or at the BOOM! Studios webstore. Digital copies can be purchased from content providers, including comiXology, iBooks, Google Play, and Madefire.