BOOM! Studios revealed that DARK BLOOD #1, an evocative new six-issue original series from screenwriter LaToya Morgan (AMC’s The Walking Dead, Into The Badlands), rising star artist Walt Barna (The Osiris Path), colorist A.H.G., and letterer AndWorld Design, about a young man forging a brave new future for himself and his family while dealing with his past, has sold out at the distributor level before release!

“LaToya, Walt, A.H.G., and AndWorld Design have created something truly spectacular in this unique, genre-bending saga and issue #1 only scratches the surface of Avery Aldridge’s story,” said Filip Sablik, President, Publishing & Sales, BOOM! Studios. “We are humbled to bring the incredible and thought-provoking world of DARK BLOOD to even more readers!” 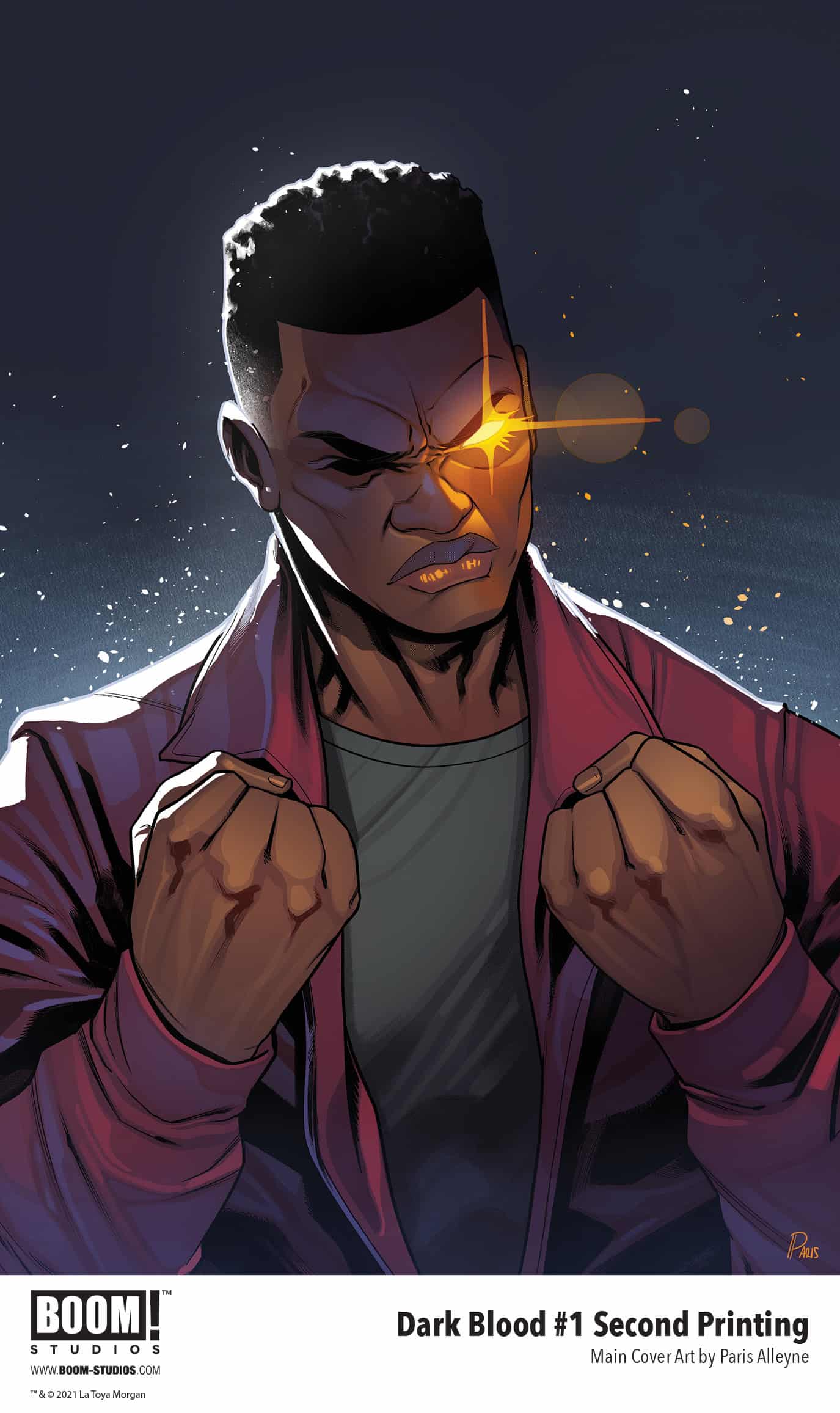 Print copies of DARK BLOOD #1 FIRST PRINTING will be available for sale on July 21, 2021, exclusively at local comic book shops (use comicshoplocator.com to find the nearest one) or at the BOOM! Studios webstore. Digital copies can be purchased from content providers, including ComiXology, iBooks, Google Play, and Kindle.