NEWS WATCH: Learn More About the New Spider-Villain Hallows’ Eve This March In Her Limited Series

After making her debuting in AMAZING SPIDER-MAN #14 and set to cause havoc throughout the upcoming DARK WEB crossover, this new villain will then headline her very own solo comic this March where fans can discover more about her fascinating abilities and her exciting future!

To celebrate and heard her arrival to the Marvel Universe, best-selling artist Stanley “Artgerm” Lau will spotlight her in a stunning variant cover for HALLOWS’ EVE #1.

Who is Hallows’ Eve?

The new identity of this new villain is none other than Janine Godbe, the loyal longtime girlfriend of Ben Reilly. Janine’s world has been blown up several times in her life, but after the events of DARK WEB, she’s in control of her future for the first time in years.

Now with a bag of super-powered masks and a chip on her shoulder, Janine’s crime spree as Hallows’ Eve puts her on the run from the police, but there’s someone else after her too… someone seeking to take her newfound power for themselves!

Fans can see it now and brace themselves for the unpredictable mischief that awaits each and every time Hallows’ Eve throws on one of her many mystical masks!

Check out the cover now and be there for Hallows’ Eve’s solo debut this March: 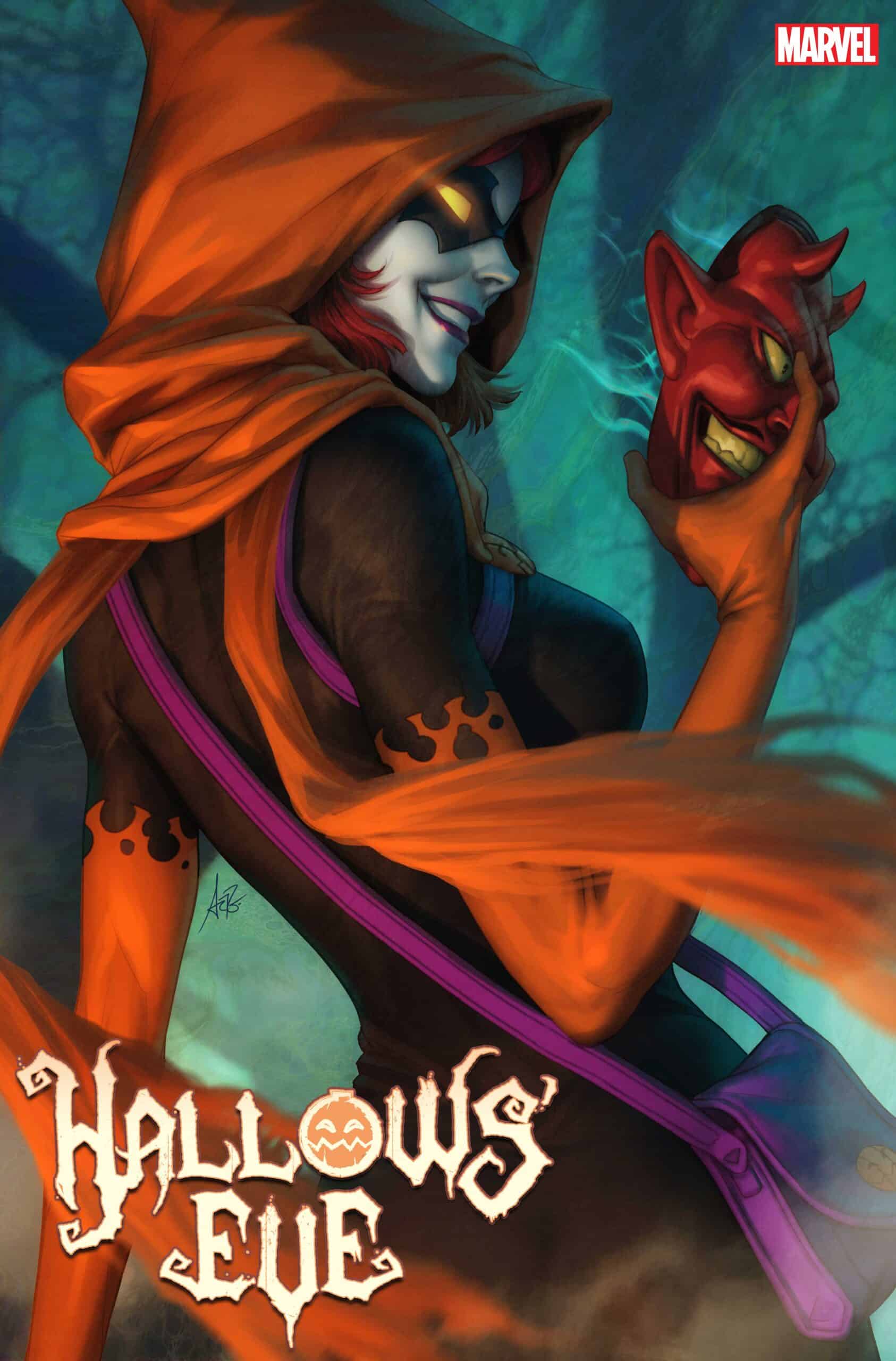 The new Spider-Villian Hallows’ Eve debuts in her own five-issue limited series on sale March 1, 2022.

NEWS WATCH: Learn More About the New Spider-Villain Hallows’ Eve This March In Her Limited Series