Over three decades in the making, the graphic novel MONSTERS by legendary comics artist Barry Windsor-Smith is a 360-page tour de force of visual storytelling. Best known for drawing the Conan series of the ’70s and creating several independent comic series of the ’90s — including Young Gods and The Paradox-Man — Windsor-Smith is now releasing his first major work since The Freebooters (2005). Fantagraphics will release MONSTERS on April 27, 2021. 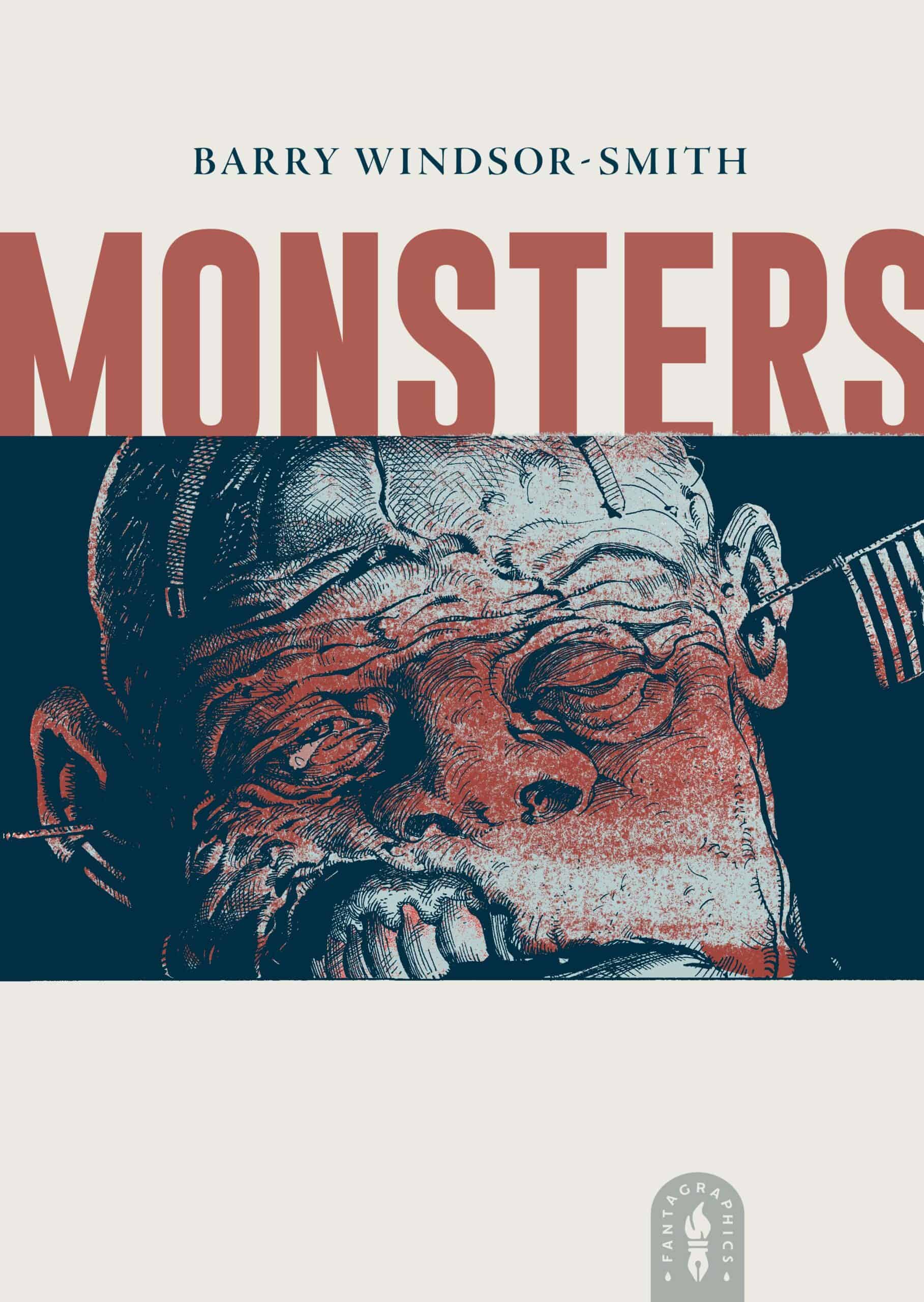 Set in a timeline spanning the 1940s to the ’60s, Monsters centers around young Bobby Bailey, a naïve, emotionally fraught young man with a tragic destiny. The day he walks into a US military recruitment office, little does he know that he will become the subject of a top secret, experimental genetics program with loathsome Nazi origins. Thus kicks off a dizzying chain of cascading events that spin out of everyone’s control as friends, foes, and others are swept into his orbit and must grapple with the earth-shattering ramifications of what this unholy experiment has wrought. As the titular monsters of the title multiply, becoming real and metaphorical, literal and ironic, the story reaches its emotional and moral reckoning.

“After putting so much time and investing so much creative energy in this project,” says Windsor-Smith, “I’m pleased that it’s finally being published.”

“I’ve known Barry for over 50 years now, so publishing his biggest and most artistically mature work to date is a personal and professional milestone for me,” said Fantagraphics publisher Gary Groth. “I’m grateful that he’s entrusted this important work to us.”

Monsters’ vast narrative canvas is part familial drama, part espionage thriller, part metaphysical journey — in sum, an intimate portrait of individuals and an epic political odyssey spanning two generations of American history. Trauma, fate, conscience, and redemption are a few of the themes that intersect in Windsor-Smith’s Monsters. Rendered in Windsor-Smith’s impeccable pen-and-ink technique, this graphic novel is surely one of the most intense and gripping works of visual storytelling ever drawn.

Here are some pages released by the publisher as a preview: 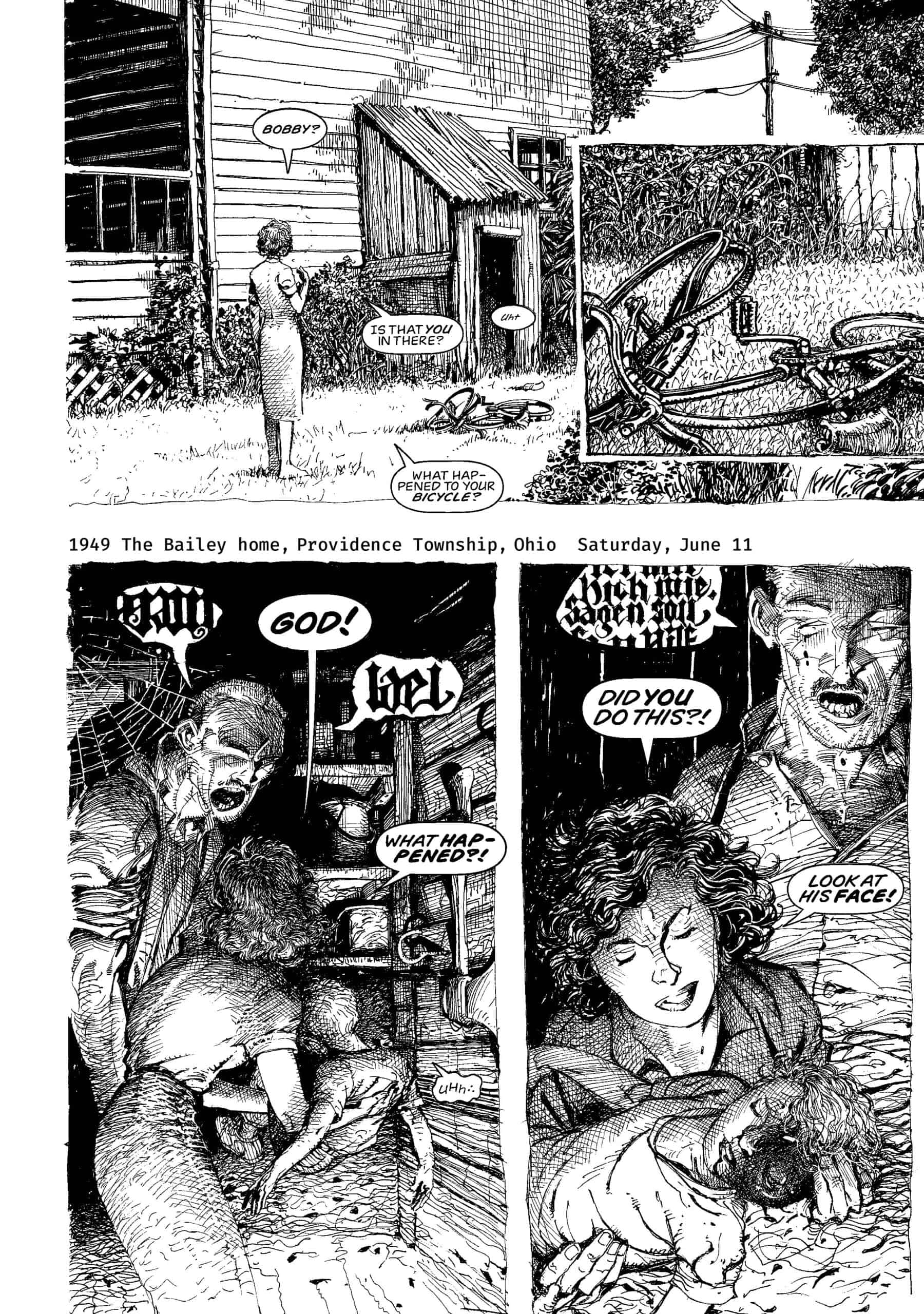 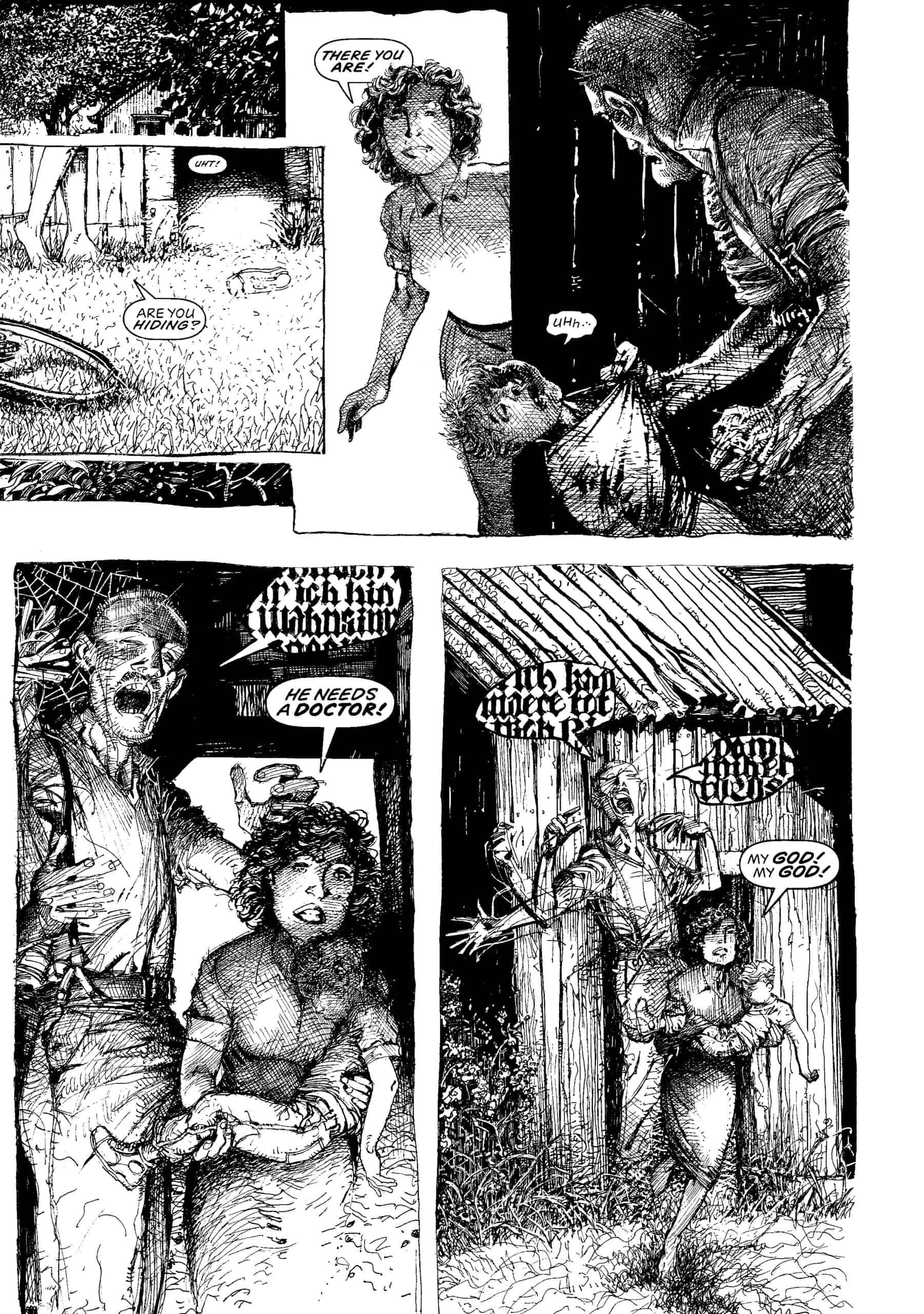 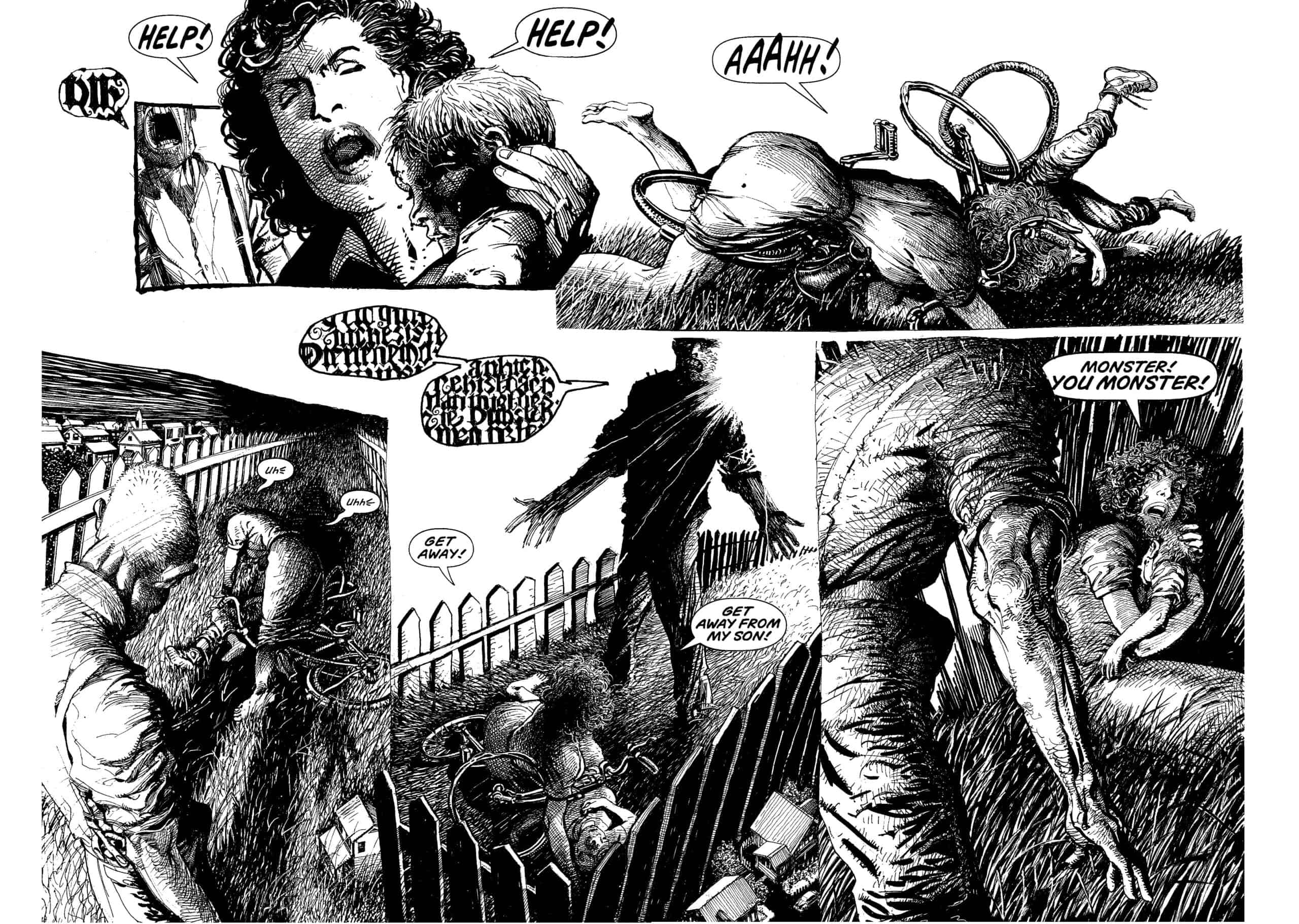 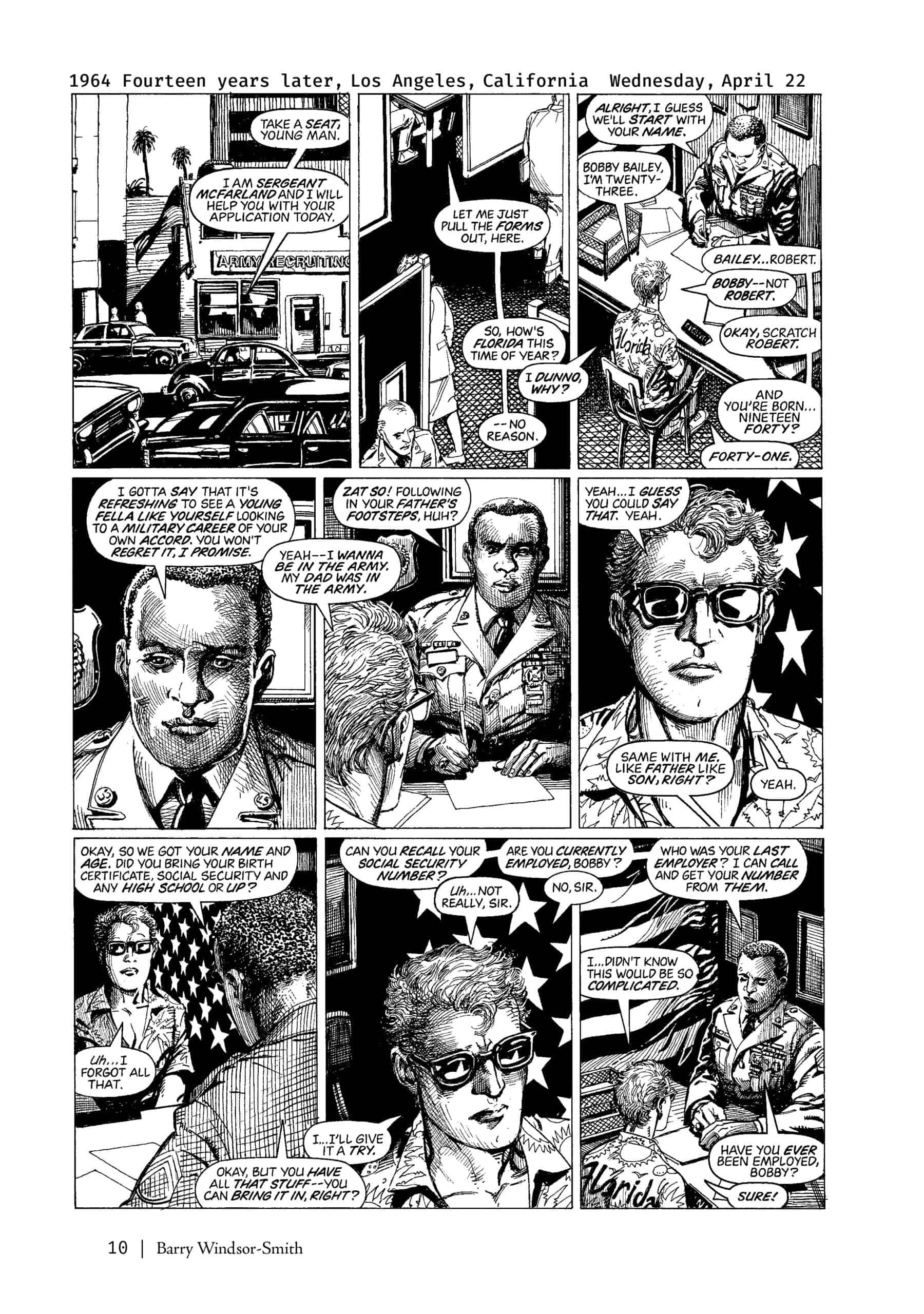 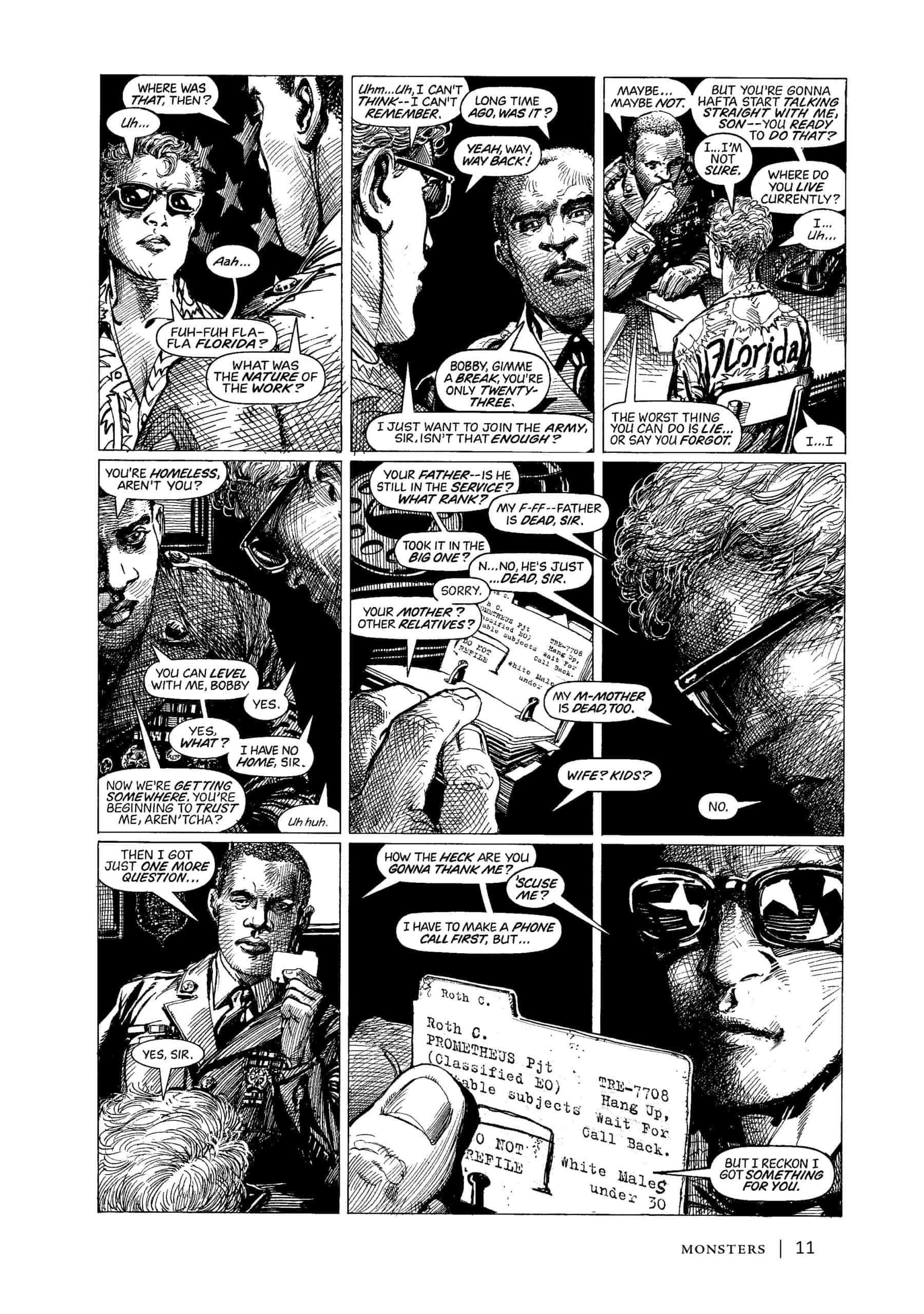 Here’s what people are saying about MONSTERS:

“Barry Windsor-Smith has for over three decades been working on Monsters. Almost twenty years ago I read an unfinished version and was shocked and astonished at the power and delicacy of the storytelling, by the honesty of the family relationships, by the feeling that this was being created by someone willing to reveal too much and go too deep in order to tell the story he had to tell. That it is completed and that it will be released to the world is something that’s genuinely exciting for any of us who care about comics, or stories, or the place where art and imagination meet.”? Neil Gaiman, New York Times bestselling author

“Any time Barry Windsor-Smith decides to put pen to paper, it’s worth paying attention, but the publication of Monsters feels especially momentous even when you consider his illustrious career. … Barry Windsor-Smith remains a master of the form, and Monsters is proof.”? Syfy Wire

“Consummate craftsman Barry Windsor-Smith presents an epic tale of love, horror, revenge, and redemption in his outstanding graphic novel. …Years in the making, Monsters is a graphic narrative masterpiece and a haunting examination of the lingering effects of evil.”? Foreword Magazine (starred review)

“The illustrations are in black and white and finely detailed, with shadows enhancing an ominous tone, and readers of political and supernatural thrillers, sf, and historical fiction with a vein of forbidden love will all enjoy this book.”? Booklist