J.M. DeMatteis, writer of influential Spider-Man stories such as Kraven’s Last Hunt and Spider-Man: The Lost Years, will make his celebrated return to Marvel Comics this January with BEN REILLY: SPIDER-MAN! The iconic Spider-Man scribe will reveal new stories in the life of Peter Parker’s clone, Ben Reilly, during his time as Spider-Man. DeMatteis will be joined by X-Factor and Domino artist David Baldeón as they unlock new secrets about this fan-favorite hero! In the same vein as Peter David and Greg Land’s hit Symbiote Spider-Man series, BEN REILLY: SPIDER-MAN will explore thrilling new mysteries set in this classic time in Spider-Man history!

Darkness looms over New York City as murders begin to pile up…but how are they all connected? Meanwhile, a mysterious figure from Ben’s past has crawled his way back into Ben’s life—does the Ravencroft Institute for the Criminally Insane hold the key to their identity?

Here’s what DeMatteis had to say about spinning his webs within the Spidey mythos once more:

“What I’ve always found fascinating about Ben Reilly is that he’s Peter Parker—and yet he’s not. Life has taken Ben on a strange, twisted path and altered him, sometimes for the better, sometimes for the worse; but, like Peter, he’s a man who’s constantly striving to do the right thing, even if he doesn’t always succeed. Ben is wonderfully, painfully human, immensely relatable—and our new BEN REILLY: SPIDER-MAN series allows me to dive even deeper into Ben’s psyche, to explore him in new and, I hope, interesting ways.

“Having David Baldeon bringing this story to visual life has been the icing on the cake.  David’s work is incredibly dynamic.  Fluid and powerful.  He nails the big moments—we’ve got some major antagonists going up against Ben—but he always holds tight to the characters’ humanity, so that even the smallest, quietest moments shine and have resonance.

“It’s been a true joy returning the Spiderverse and reuniting with my old friend, Ben.”

Return to the era when Ben Reilly was the one, true Spider-Man when BEN REILLY: SPIDER-MAN hits stands in January! For more information, visit Marvel.com. 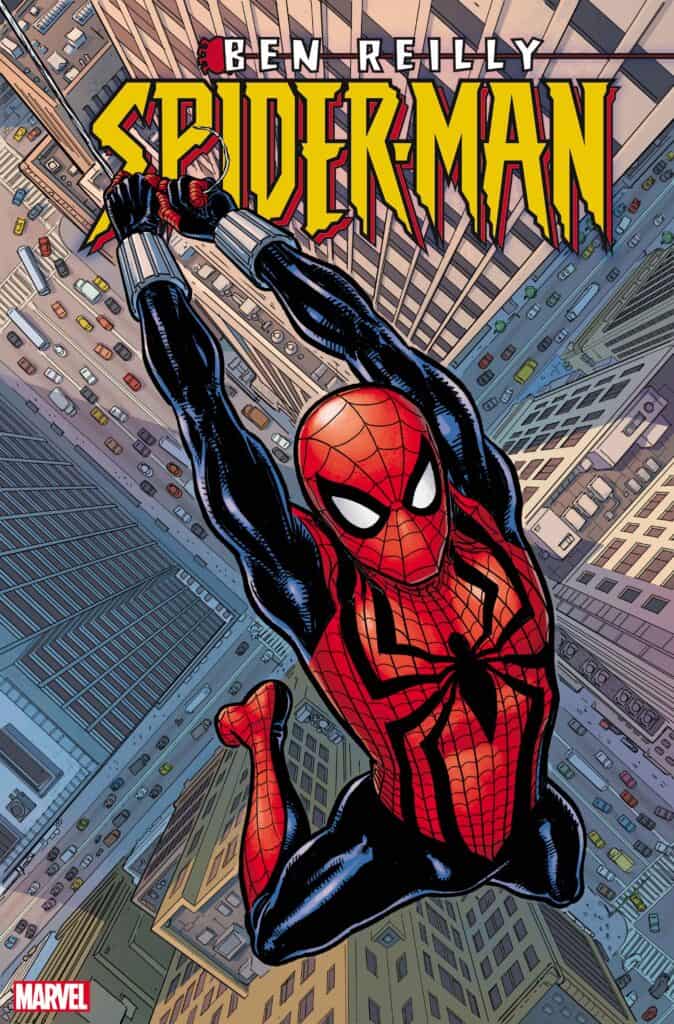