This year marks 60 years of one of comic books’ greatest icons—SPIDER-MAN! In addition to an exciting relaunch of AMAZING SPIDER-MAN, a stunning variant cover program, and more, Marvel Comics will also celebrate this milestone anniversary with a special issue honoring the comic that started it all, AMAZING FANTASY. Arriving in August, AMAZING FANTASY #1000 will be a giant-sized one-shot brought together by some of the industry’s most acclaimed creators. The collection of stories will explores the past and future of Amazing Spider-Man storytelling in tales that leave a profound impact on the Spider-Man mythos and showcase why Spidey is one of the most beloved heroes in history!

Here’s just some of what fans can expect from this landmark issue:

“It’s Spider-Man’s 60th and we wanted to celebrate in style by inviting some of the greatest creative minds in the world to celebrate it!” Editor Nick Lowe said. 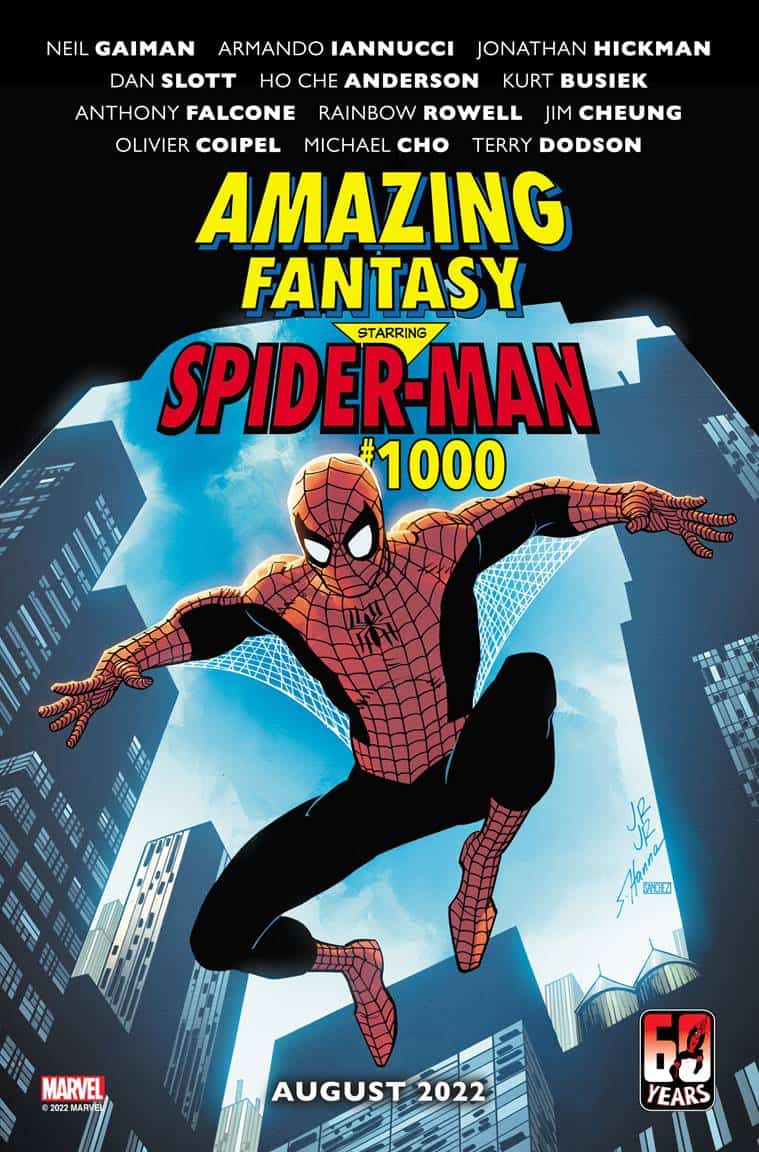