Marvel Comics is currently honoring the 80th anniversary of Captain America by reflecting on the iconic hero’s legacy and future in the groundbreaking limited series THE UNITED STATES OF CAPTAIN AMERICA. Written by Christopher Cantwell with art by Dale Eaglesham, the series sees Steve Rogers teaming up with three former Captain Americas—Sam Wilson, Bucky Barnes, and John Walker—when Captain America’s original shield is stolen. Along the way, they’ve met brand-new Marvel heroes who have been inspired by Captain America to defend their own communities. Introduced in each issue as Captain America travels the country, these “local Caps” come from all walks of life and writer Chris Cantwell co-created them alongside a diverse group of all-star talent. These teams then explored the new character’s origins and motivations in thrilling backup tales.

Together, these five heroes proudly make up the new Captains Network, and fans can see them together for the first time on Leinil Francis Yu’s variant cover for THE UNITED STATES OF CAPTAIN AMERICA #5.

“By getting to work with all of the other creators, the perspective of the book increased tenfold,” Cantwell explained to Marvel.com. “Moreover, though, these creators didn’t just bring one aspect of their identities or lives to this. Again, we weren’t just checking boxes. These were all writers and artists who brought humor, depth, taut action, and every other kind of primo comic storytelling to their work. In a way, this book was the most similar to a TV writers room that I’ve experienced so far. No one had labels or titles. It was people working together on something good that we believed in. Kind of like the Captains Network that way.” 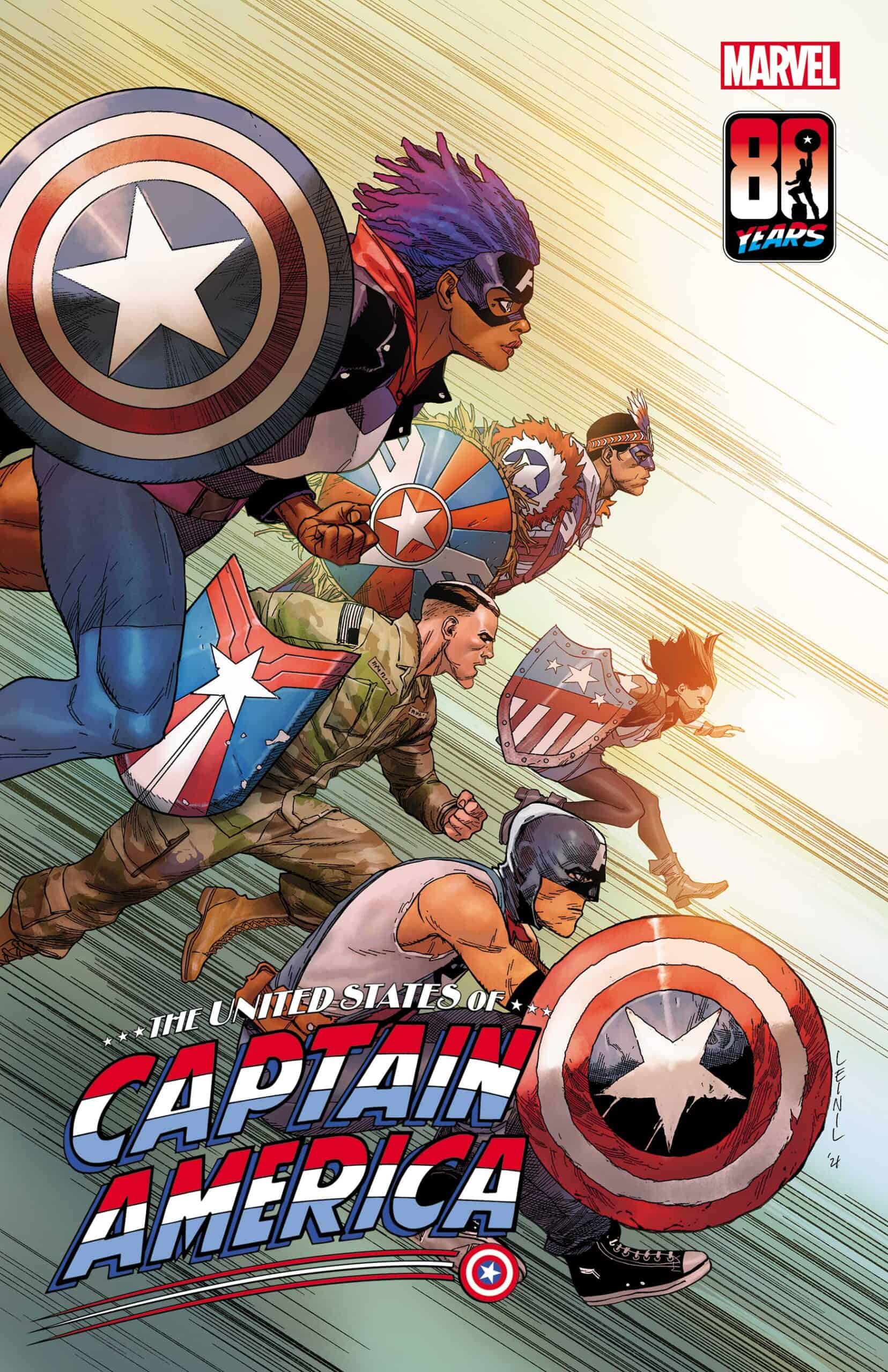 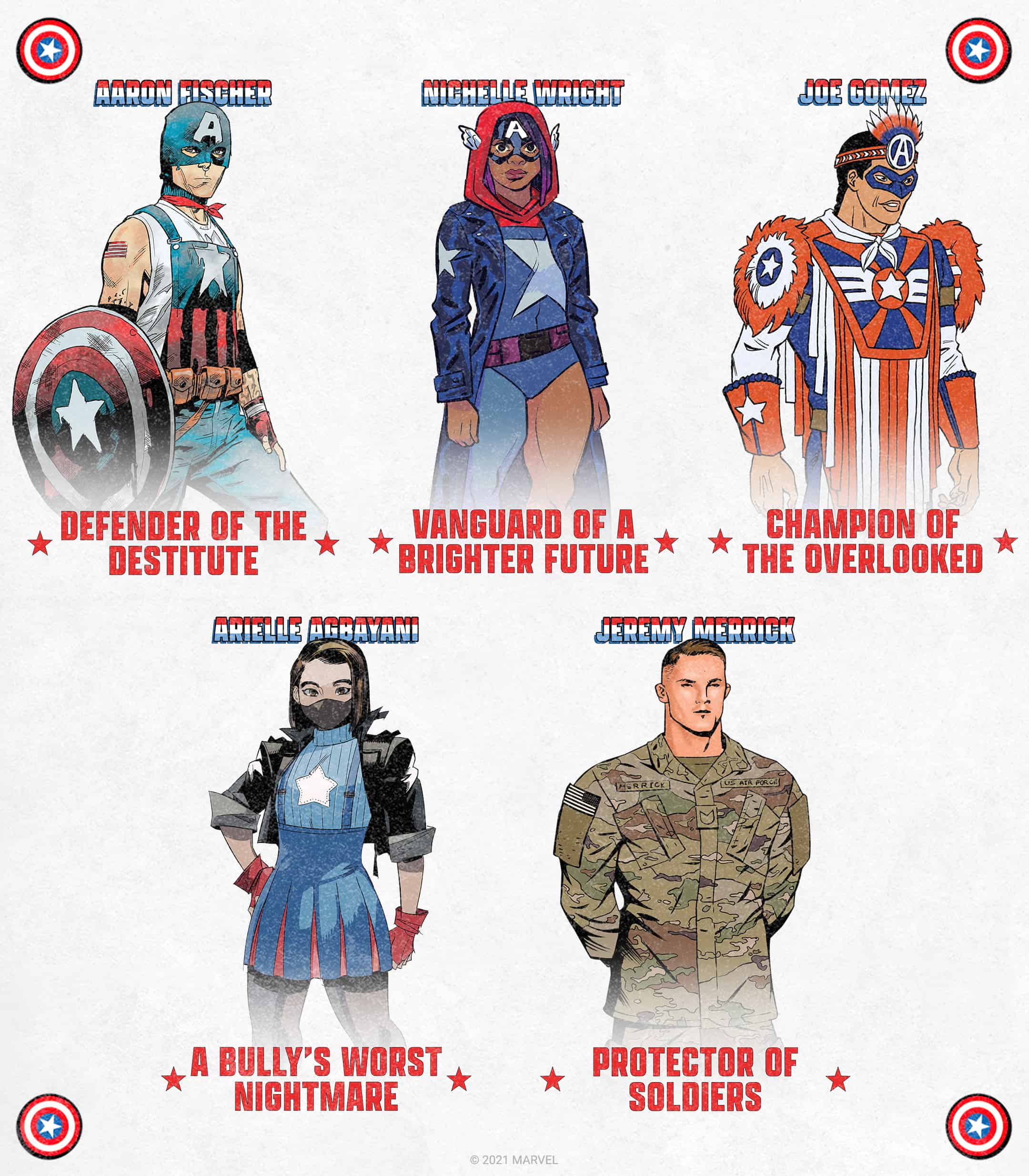 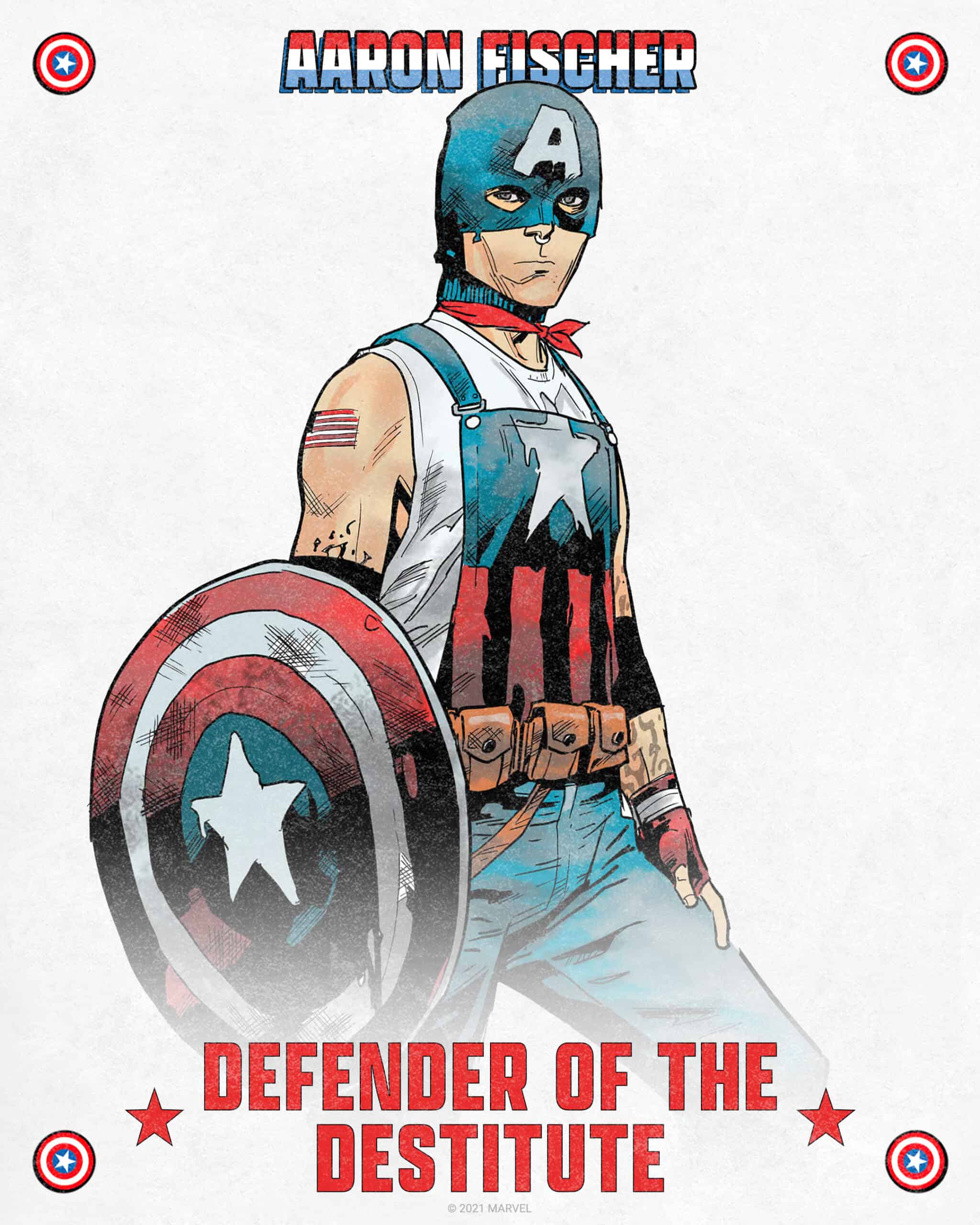 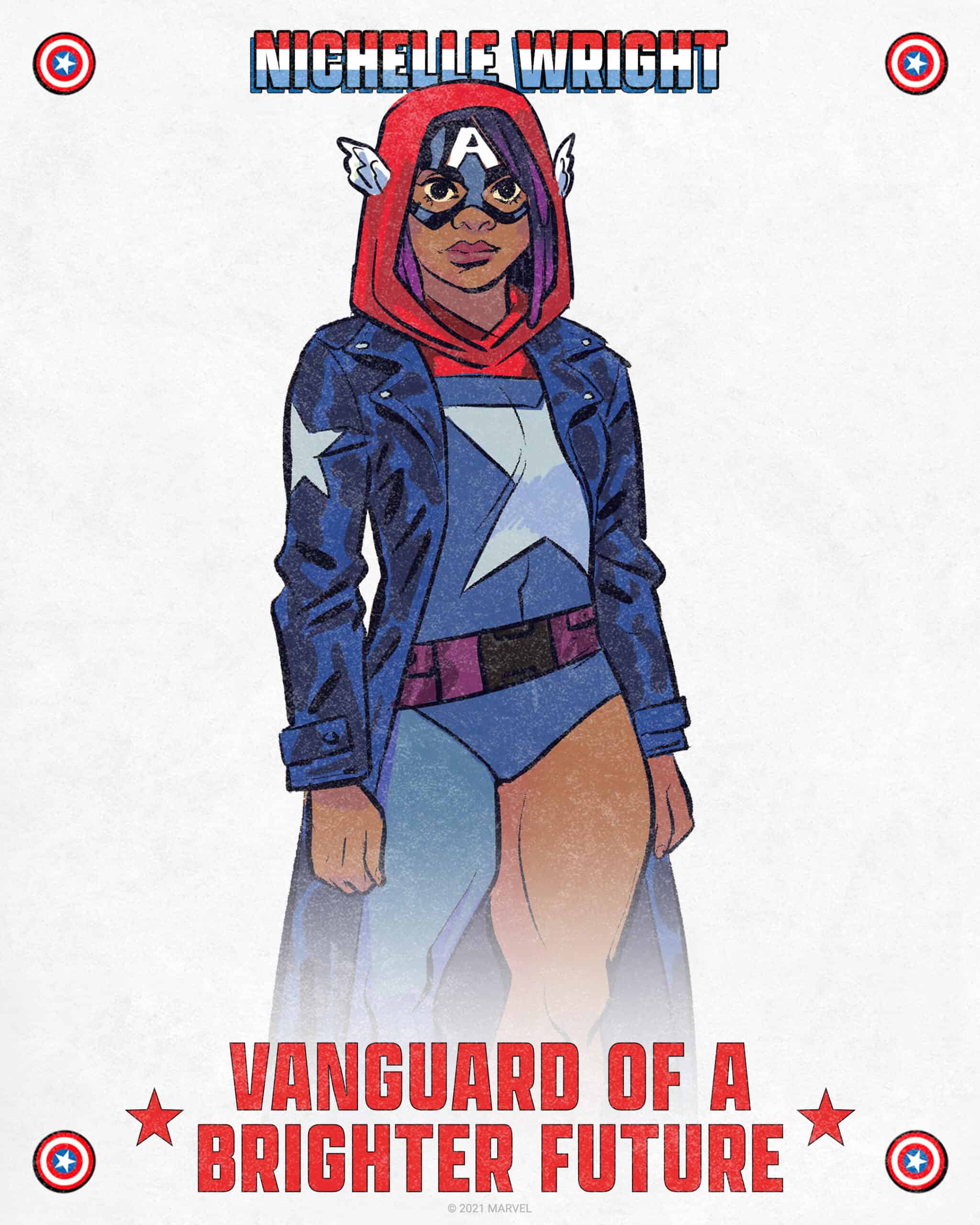 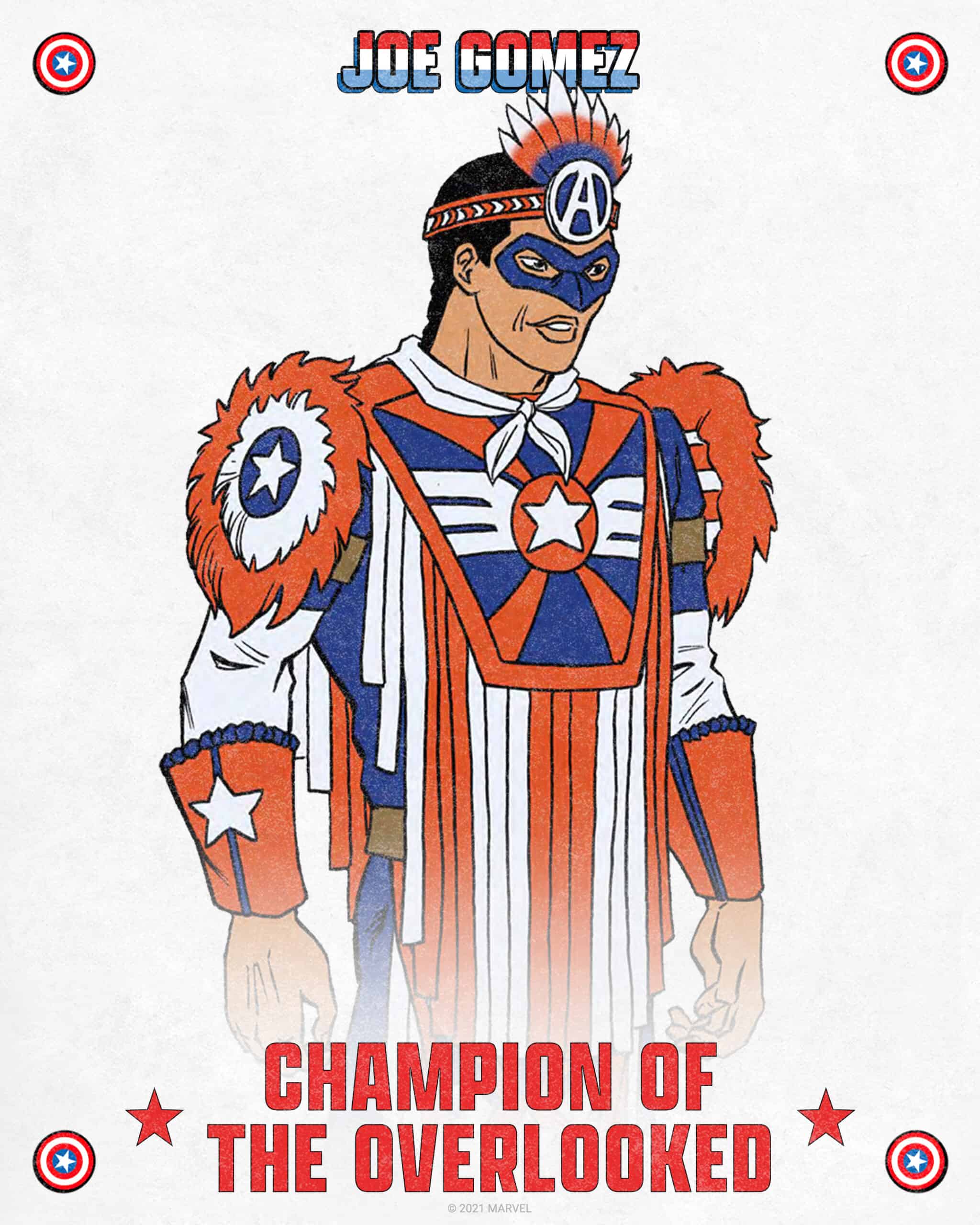 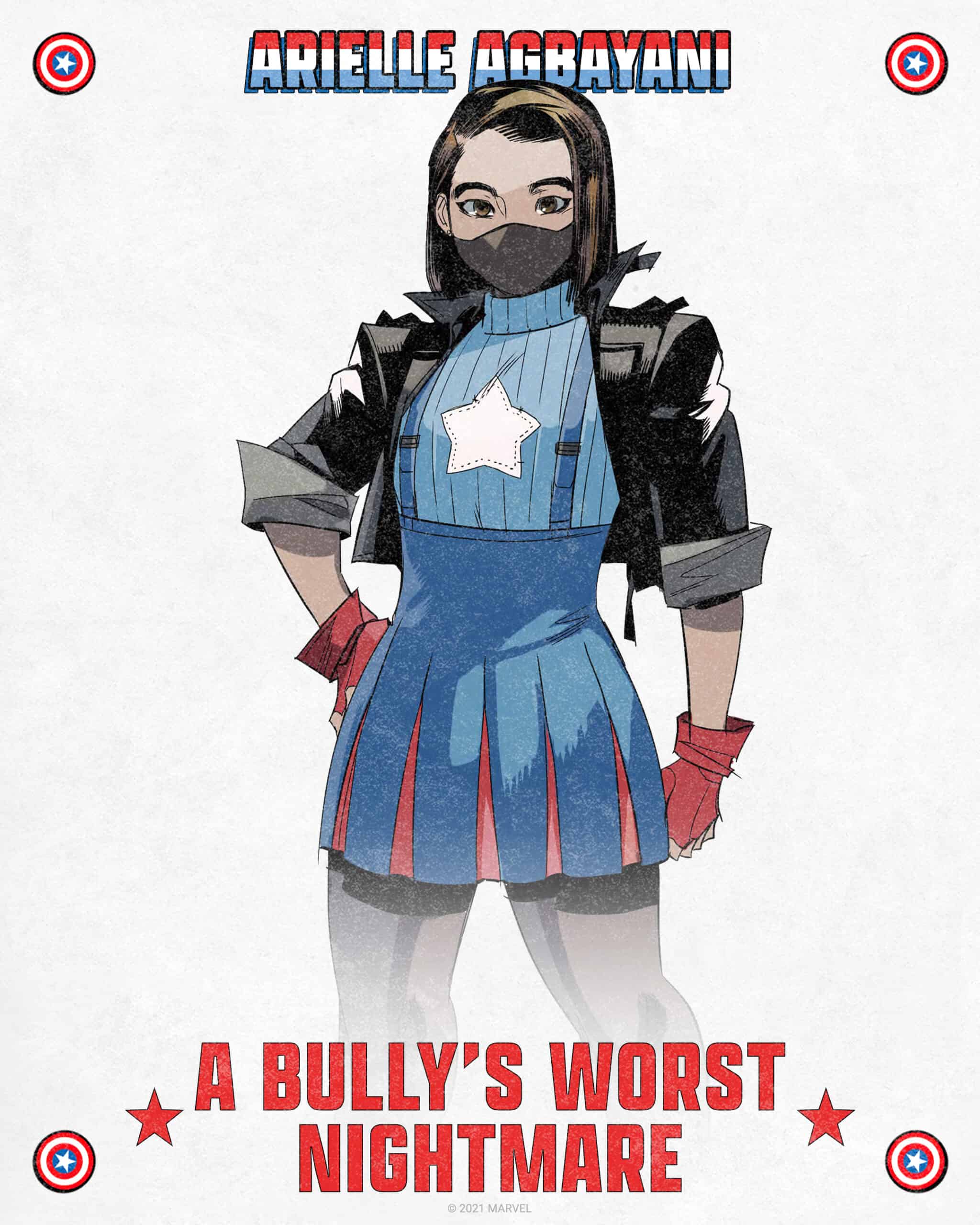 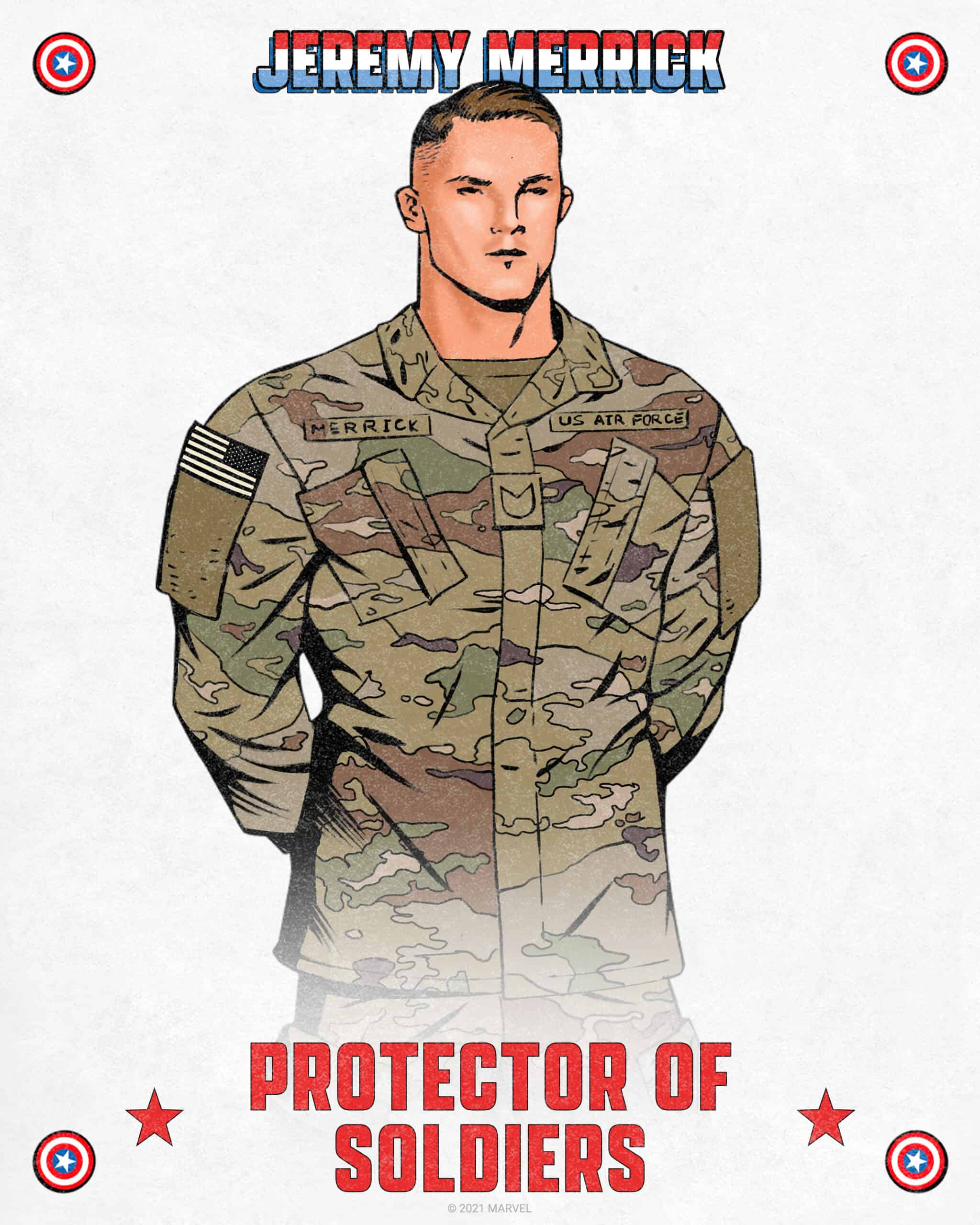 Be there for the grand finale of this historic moment in the saga of Captain America when THE UNITED STATES OF CAPTAIN AMERICA #5 hits stands in October! For more information, visit Marvel.com

THE UNITED STATES OF CAPTAIN AMERICA #5 (OF 5)