Discover the Dangerous Secrets Behind the Duke’s Untimely Death in September 2021! 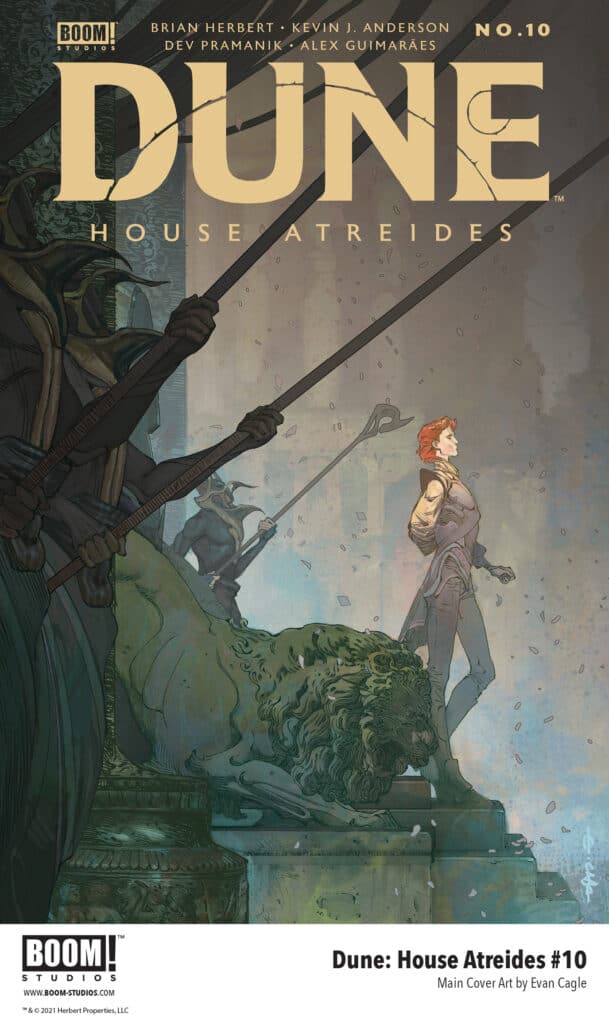 Leto, the newly crowned Duke of House Atreides, finally unearths the plot behind his father’s untimely death, and suddenly must prepare to stand trial for a terrible crime he did not commit. And even as Baron Harkonnen’s evil plan appears to be working, another coup is underway as Shaddam begins his own coronation as supreme ruler.

Print copies of DUNE: HOUSE ATREIDES #10 will be available on September 22, 2021 at local comic book shops (use comicshoplocator.com to find the nearest one), or at the BOOM! Studios webstore. Digital copies can be purchased from content providers like comiXology, iBooks, Google Play, and Kindle. Print copies of DUNE: HOUSE ATREIDES Vol 1 HC are available now wherever books are sold.

For continuing news on the DUNE: HOUSE ATREIDES comic book series and more from BOOM! Studios, stay tuned to www.boom-studios.com and follow @boomstudios on Twitter. 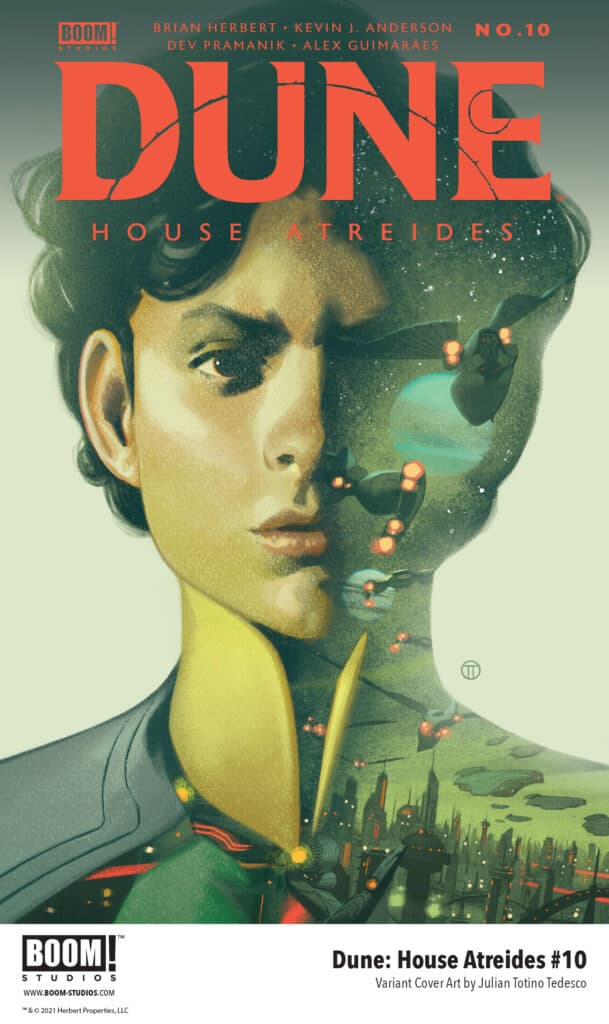 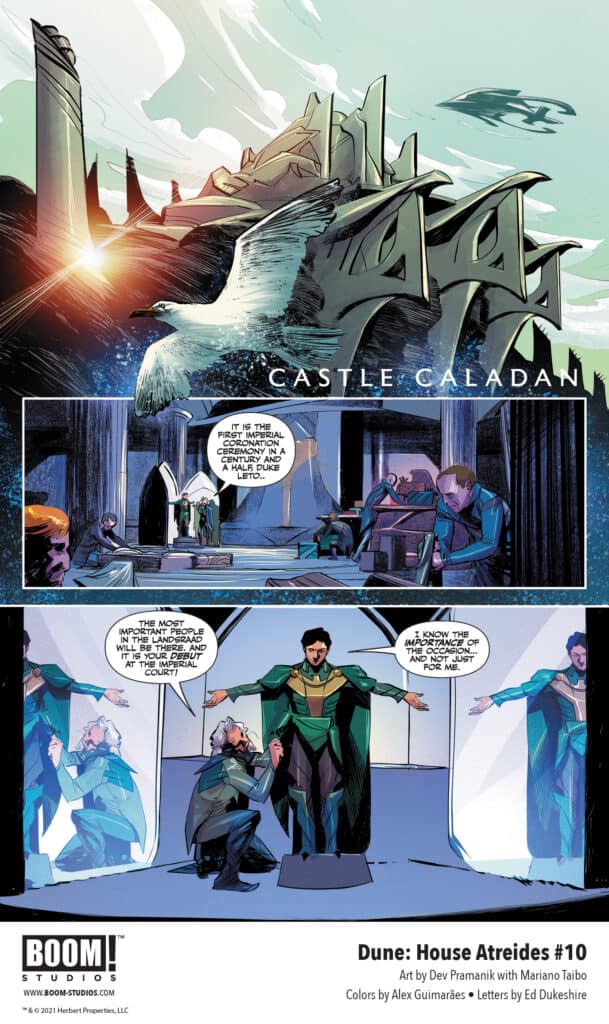 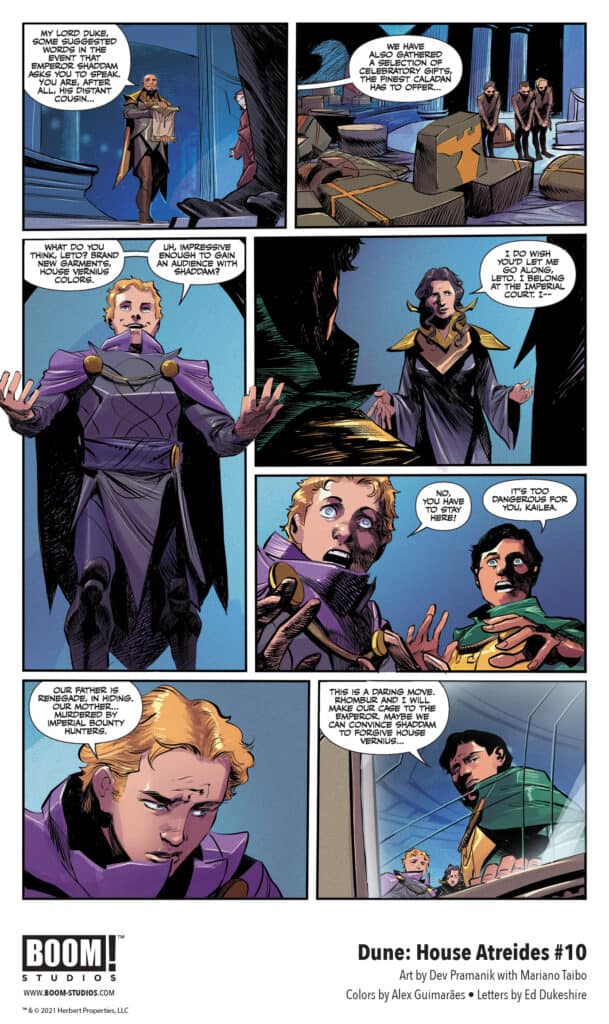 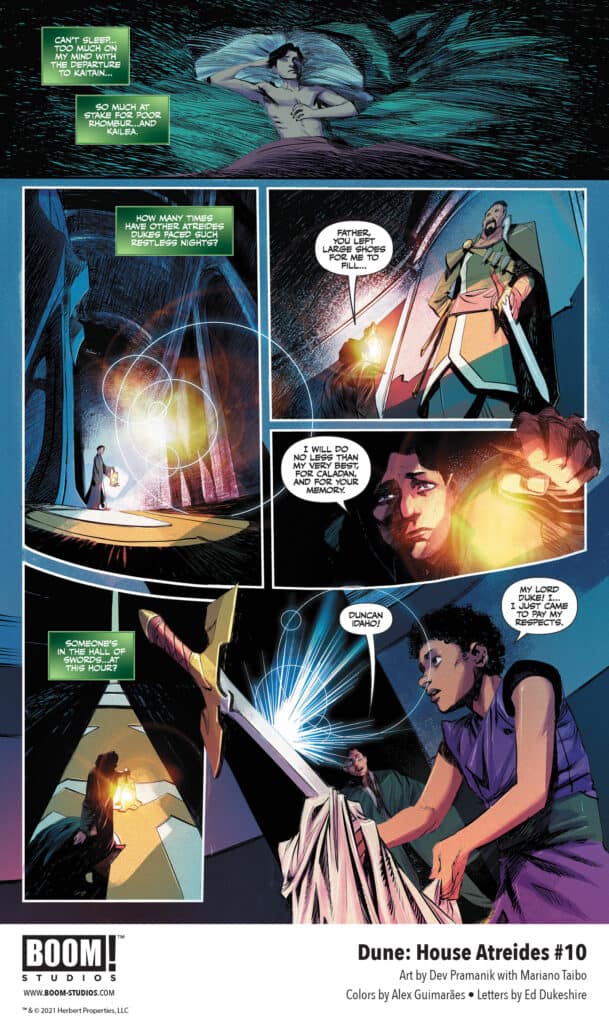 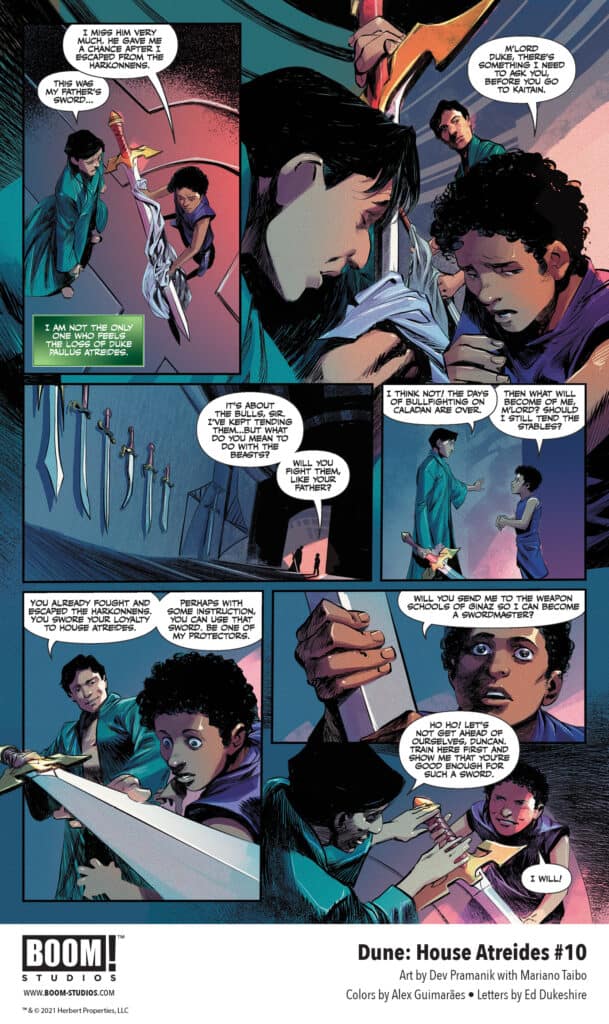 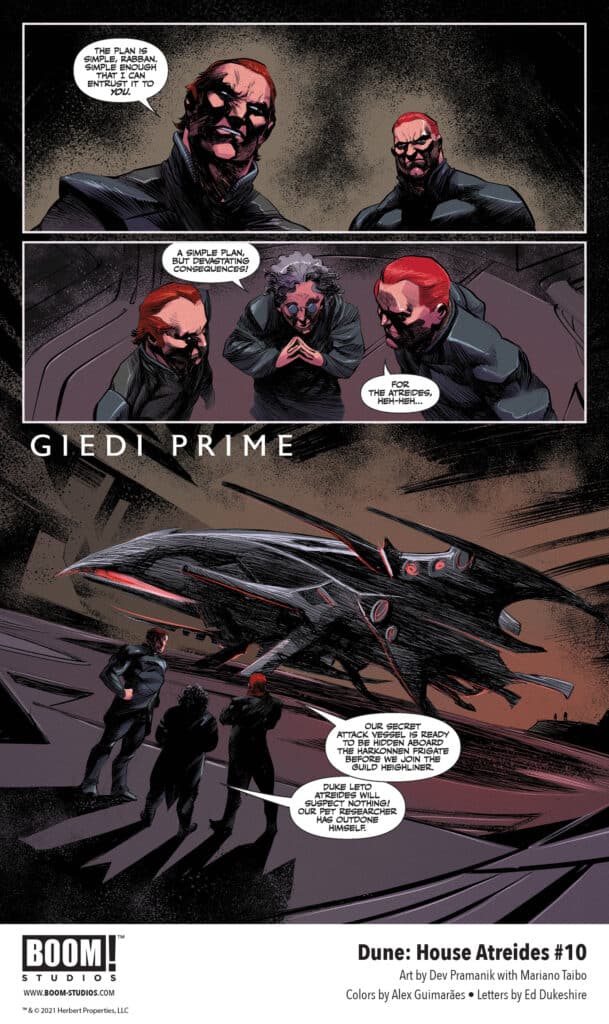 ABOUT BOOM! STUDIOS
BOOM! Studios was founded by Ross Richie in 2005 with the singular focus of creating world-class comic book and graphic novel storytelling for all audiences. Through the development of four distinct imprints—BOOM! Studios, BOOM! Box, KaBOOM!, and Archaia—BOOM! has produced award-winning original work, including Lumberjanes, The Woods, Giant Days, Klaus, and Mouse Guard, while also breaking new ground with established licenses such as WWE, Mighty Morphin Power Rangers, Cartoon Network, and The Jim Henson Company properties. BOOM! Studios will also bring their original series to life through a first-look relationship with Netflix. Please visit www.boom-studios.com for more information.