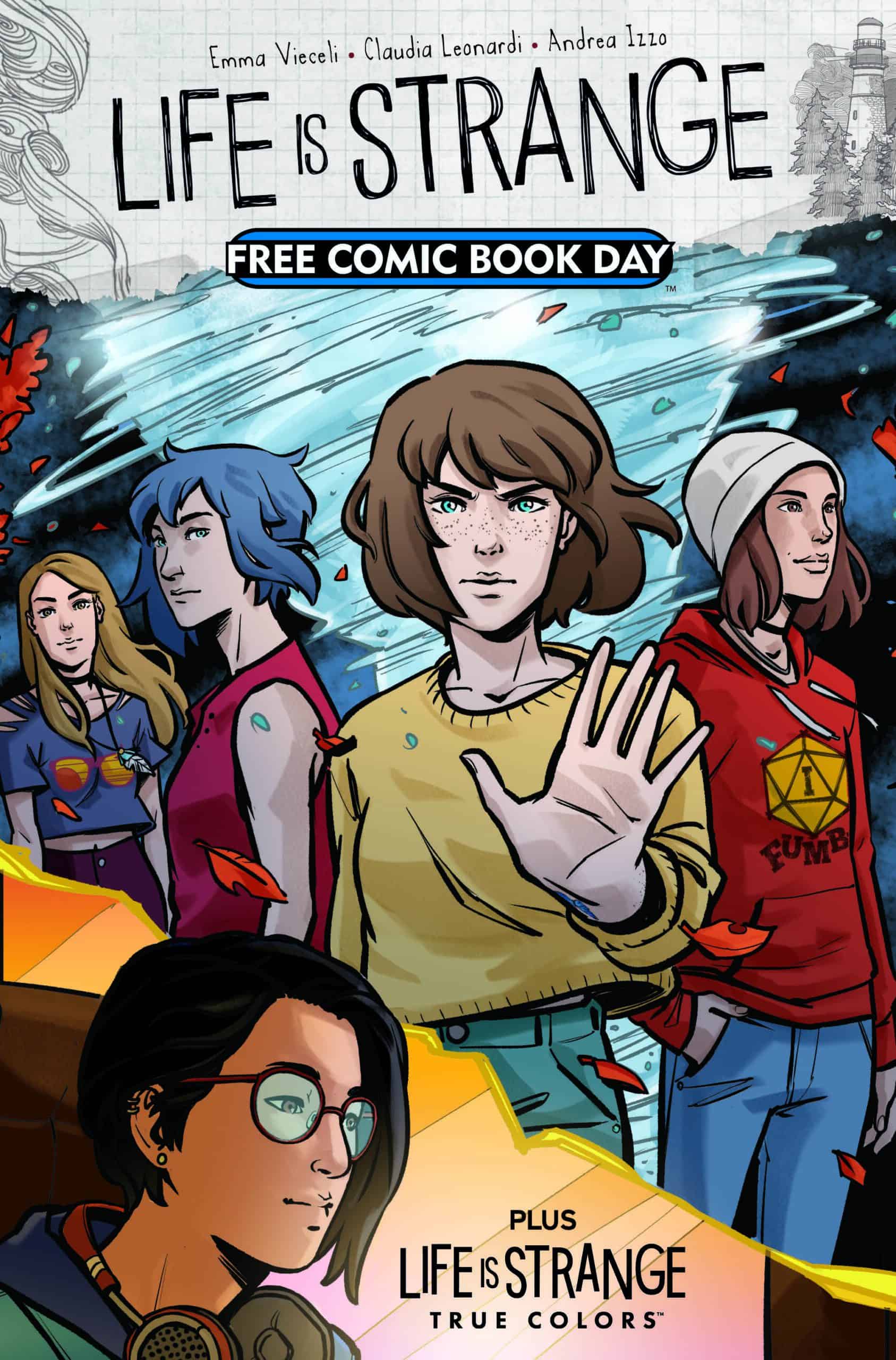 Titan Comics is thrilled to reveal the cover and full details behind the upcoming Life is Strange Free Comic Book Day 2021 edition.

The lead FCBD story will reintroduce fans to Arcadia Bay’s queen of the nerds, Steph Gingrich, and sets her on a collision course with the ongoing Life is Strange comic story, which charts the new adventures of Max and Chloe after one ending of the original Square Enix game.

Set between Life is Strange: Before the Storm and Steph’s upcoming return in Life is Strange: True Colors, the Titan Comics FCBD 2021 story catches fans up with Steph’s student life in Seattle and is packed with intriguing seeds for the future.

The FCBD title, launched exclusively in comic shops, also sees the comic debut of Alex Chen, lead character of the new game Life is Strange: True Colors, with an additional story following her journey to the small town of Haven Springs, to reunite with her brother.

The full synopsis reads: Max and Chloe have been forced apart, into different universes. Searching for a way to cross timelines back to each other, their parallel journey across the USA now sees Max encounter a surprising face from the past – Arcadia Bay’s queen of the nerds, Steph Gingrich! This special FCBD issue features two all-new stories: an exclusive lead-in to the epic new arc, and the first comic book appearance of Alex Chen, the all-new lead character of Life is Strange: True Colors, releasing September 10.

Since its launch in 2018, every issue of the Life is Strange comic has featured the unforgettable creative team of writer Emma Vieceli, artist Claudia Leonardi, and colorist Andrea Izzo.

Ahead of the announcement, Vieceli revealed her excitement for this special issue – “Before I was writing Life is Strange, I was a fan of game; so naturally, I am insanely hyped for Life Is Strange: True Colors and can’t wait to wander that town and meet, and grow to love, the new characters – a couple of whom I’ve been lucky enough to work with for our FCBD issue! And, of course, being able to continue Max and Chloe’s story in the midst of this new wave of love for the overall series is a total privilege. When I was shown the Life Is Strange: True Colors trailer for the first time, I still had to shake myself as I realised ‘wow – I get to be a small part of this huge picture.”

Life Is Strange Free Comic Book Day 2021 Edition will arrive in stores on August 14, 2021. Fans will be able to pick up a copy from their local comic shop, which they can find by visiting www.comicshoplocator.com