Mad Cave Studios announces The Karman Line, the first entry into their new line of original graphic novels. The book will written by Dennis Hopeless (Spider-Man, X-O Manowar) with art by Piotr Kowalski (Robocop, Gail), colors by Brad Simpson, and letters by Chas! Pangburn. The title is slated to hit shelves in March of 2023. 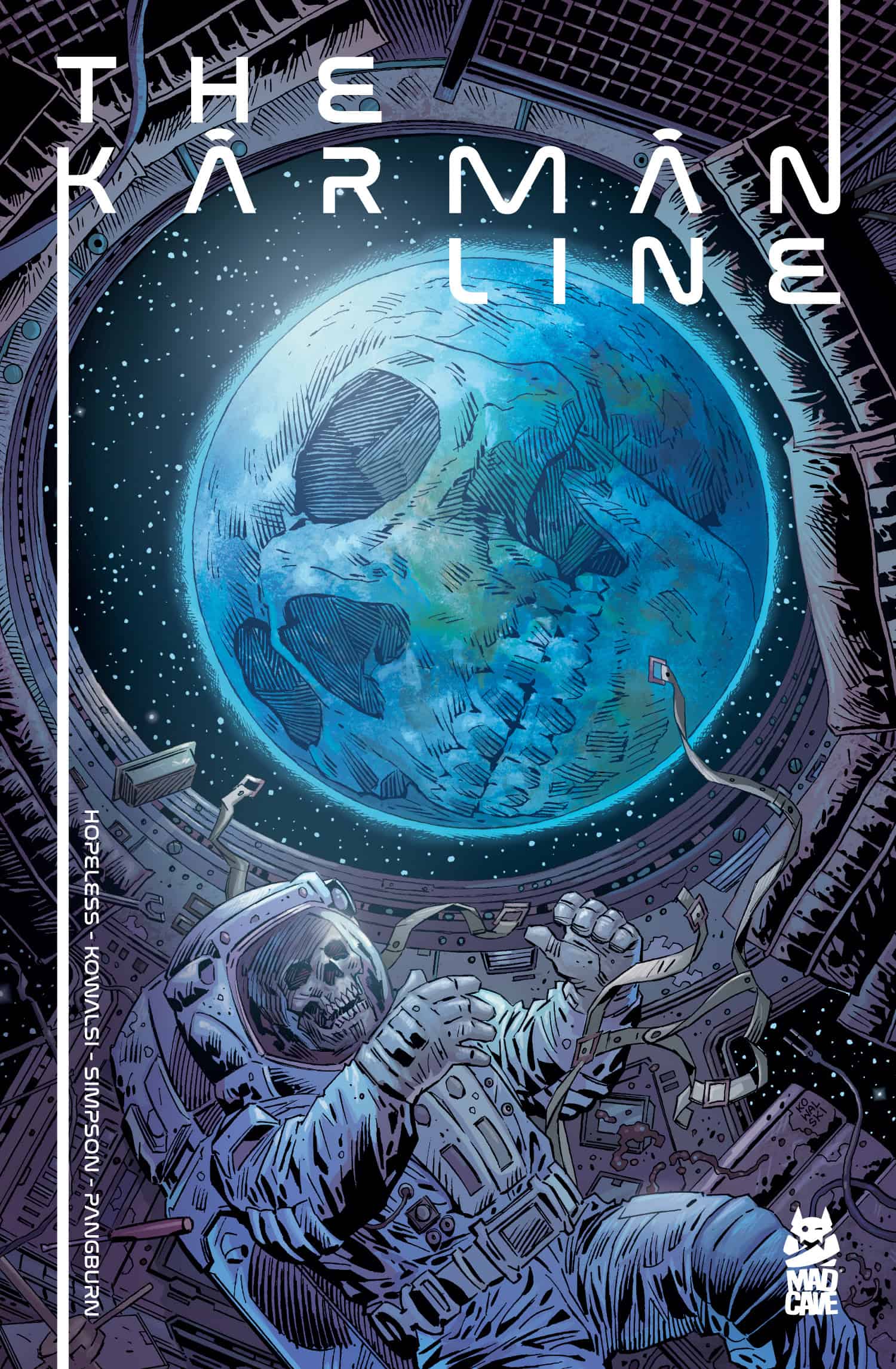 After The Karman Line, Mad Cave has plans for 5 more graphic novels to launch in 2023, with names like Dan Panosian, Liana Kangas, Amit Tishler, Ennun Ana Iurov, and more attached.

Mad Cave provided a synopsis for the upcoming graphic novel:

It’s all sex, lies and betrayal on a reality show streaming from space until the crew receives a message reading “ABORT MISSION AND GET HOME NOW”. Things unravel quickly as they find the shuttle damaged and a crew member dead. They’ll have to fight to survive and hopefully escape… While cameras record everything.

Hopeless also provided some insight into the series, stating “There’s a reason astronaut horror is so effective. You’re trapped in a tin can with the little bit of oxygen you brought with you, trusting your life to a few coworkers and their gadgets… In an endless vacuum of death. Space is objectively terrifying. Maybe that’s why astronauts used to be so famous. Bubble-helmeted action heroes flying the hopes and dreams of humanity into the heavens. Back when you could be famous and also private. When celebrity wasn’t so invasive.”

The writer also discussed working with Kowalski, whose linework can be seen below. Hopeless said “I’m honored to be telling this story with Piotr Kowalski. His stark linework and devastatingly human characters perfectly echo the silent terror of space.” 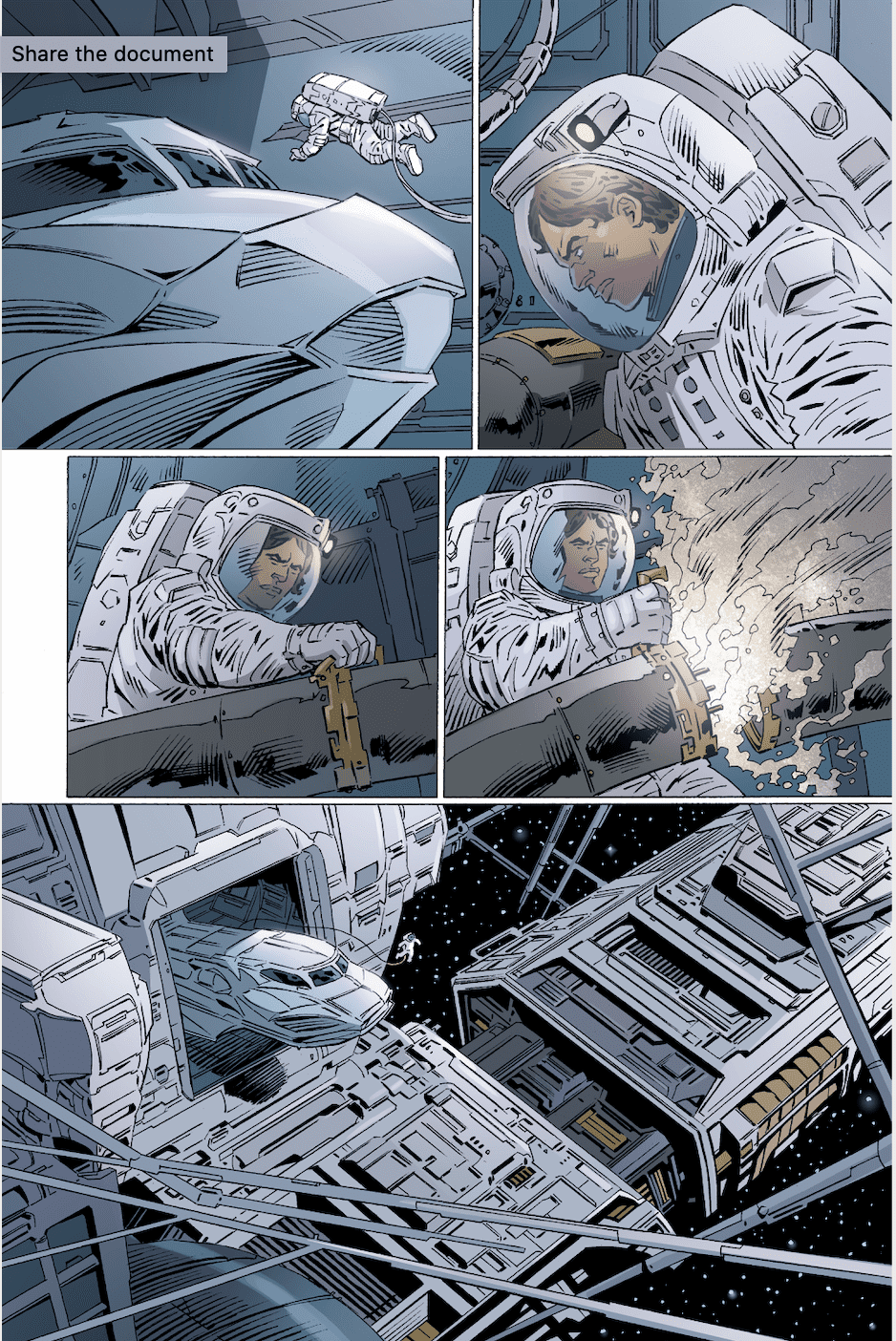 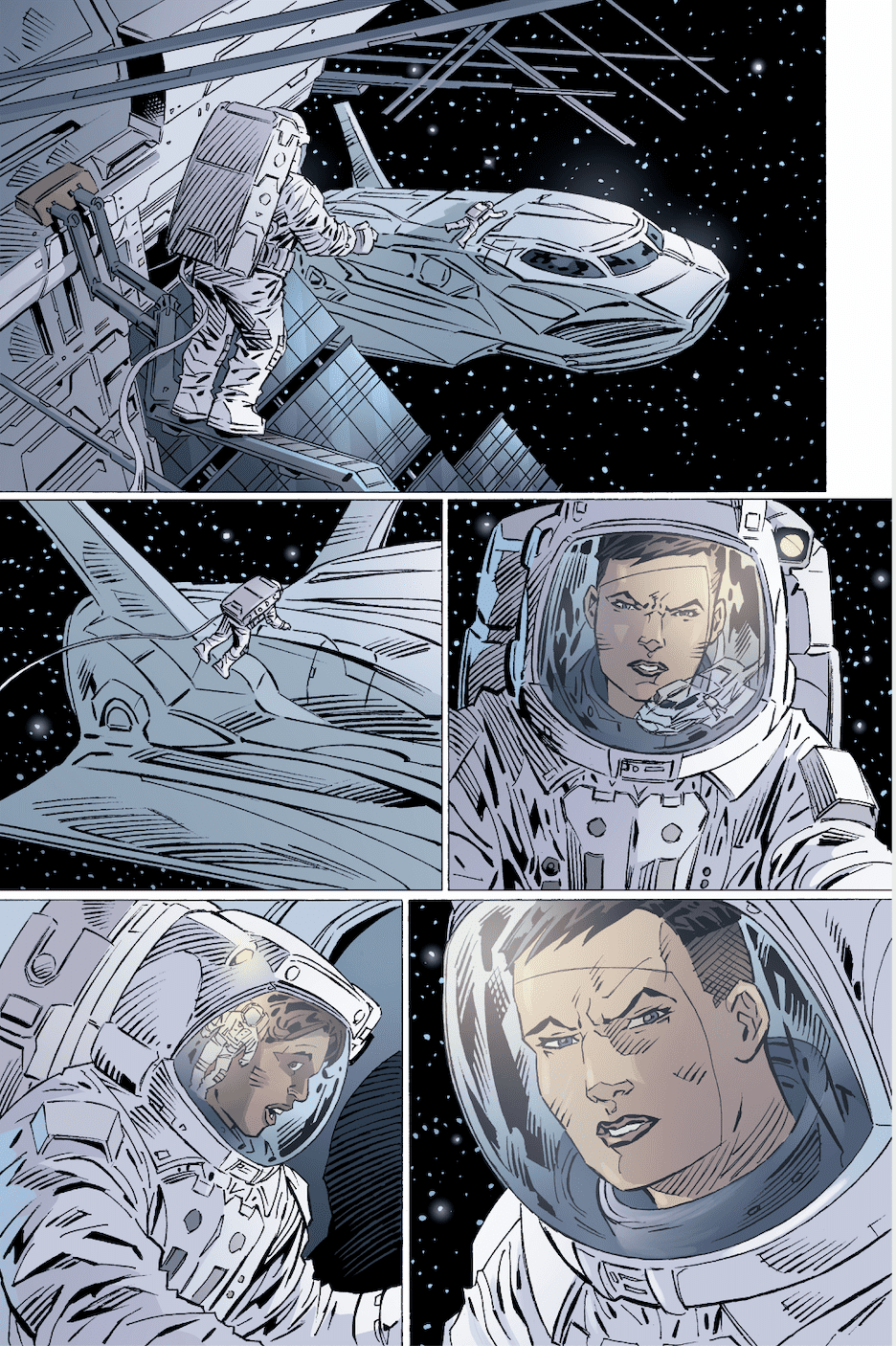 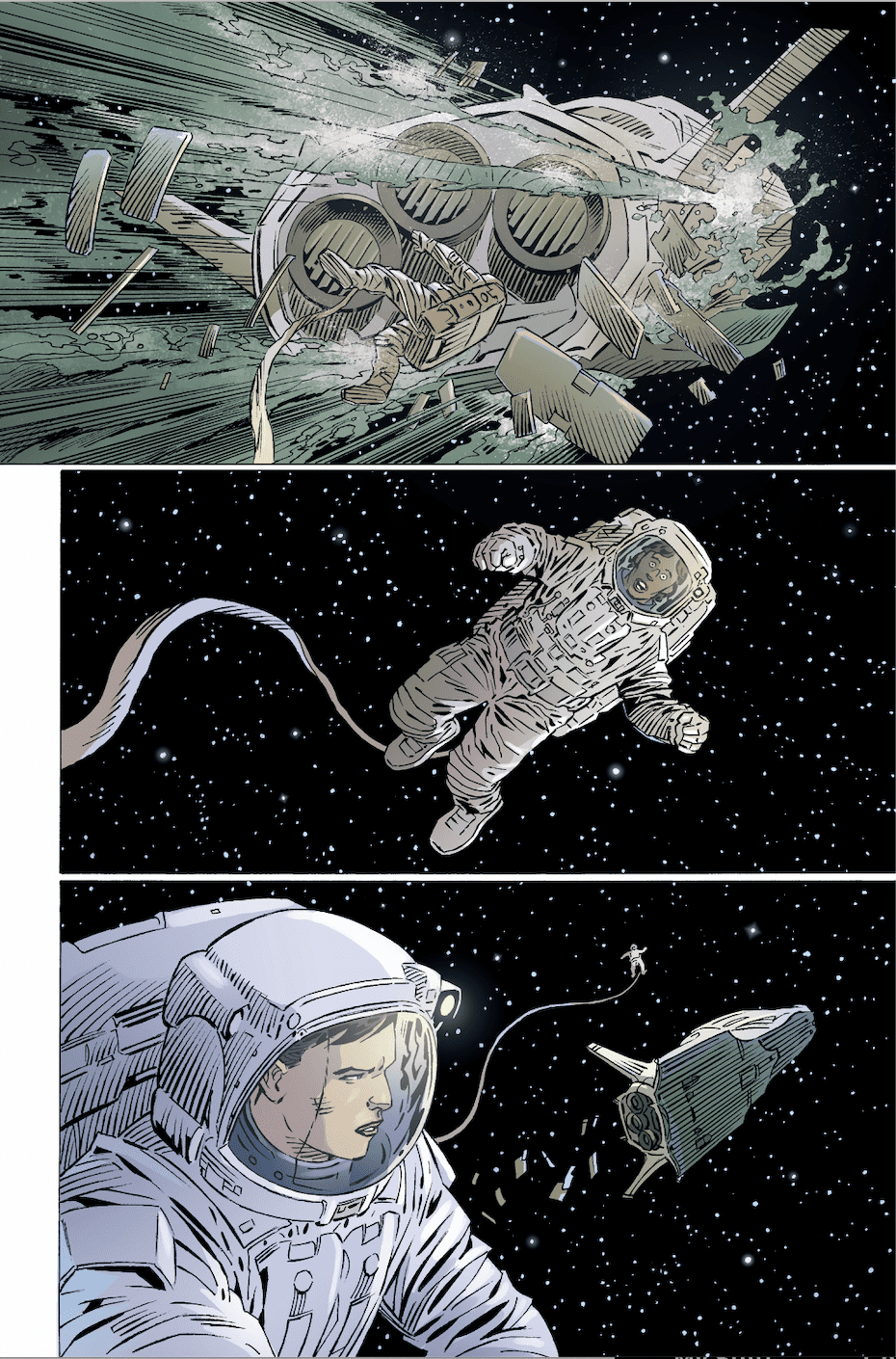 The Karman Line is available for preorder from Mad Cave’s website, ahead of the March 2023 release.