Ahead of Release, MAJOR X #1 Sells Out and Returns For Second Printing! 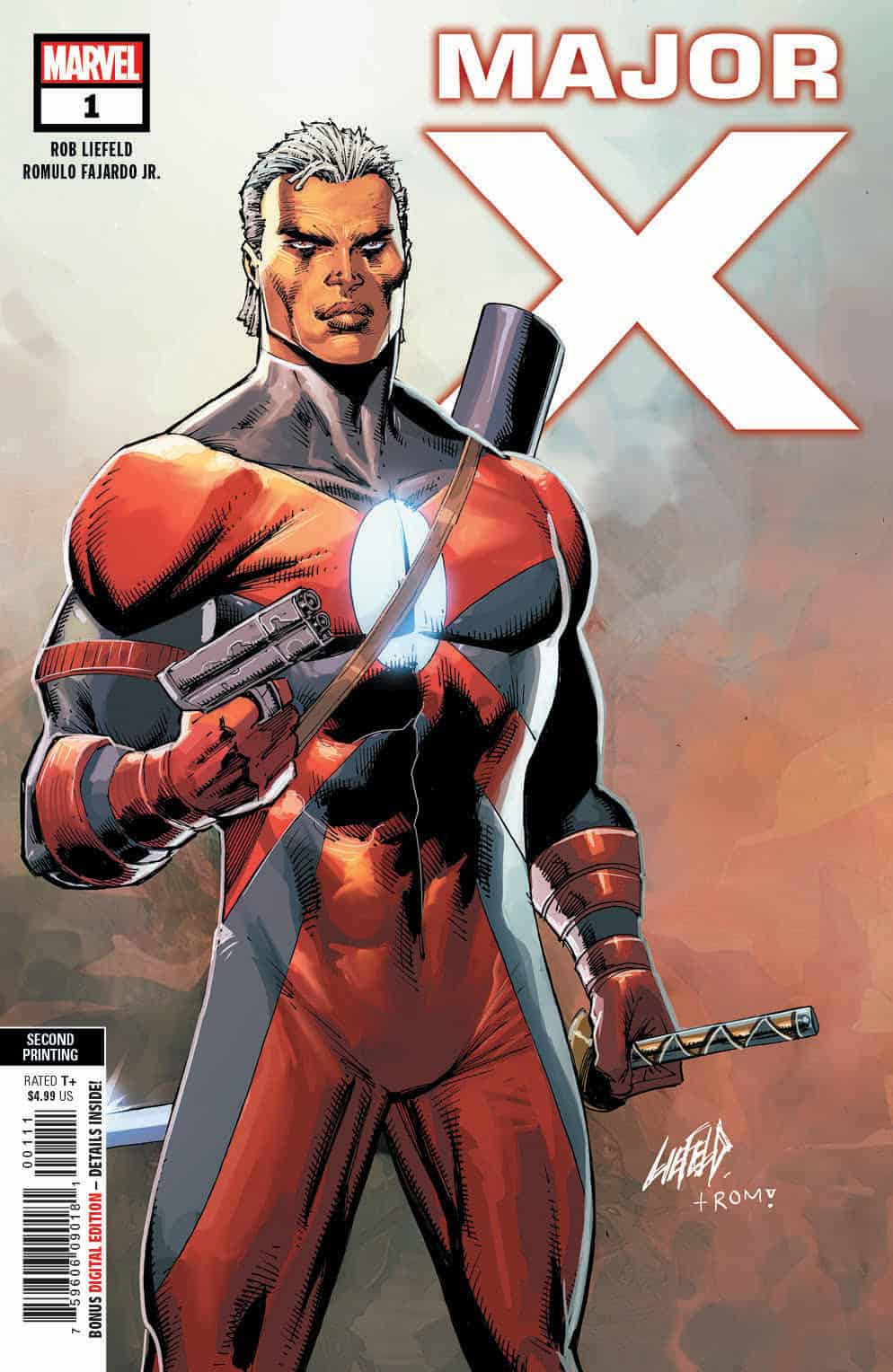 Industry great Rob Liefeld holds a significant place in Marvel history thanks to his creations of iconic X-Men characters like Cable and Deadpool – and in his upcoming new series MAJOR X, Liefeld creates his first new Marvel character in three decades, introducing a new force into the X-Men universe!

“He hails from another existence, which is called the ‘X-istence’ — a mutant Shangri-La, a safe haven that has been a realm where mutantkind has lived in peace and harmony,” Liefeld teased to EW of the new character in a recent interview. “There are some familiar faces that he has forged this other society with. But then a terrible event happens within the X-istence that causes Major X to cross over and land in the Marvel Universe that we know.”

Buzz among critics and fans alike is already high in anticipation for Liefeld’s return to the X-Men, and Marvel is excited to announce that ahead of its launch on April 3rd, MAJOR X #1 has already sold out and will return to comic shops for a second printing!

Check out the second printing cover, and don’t miss one of the most anticipated new comics!