NEWS WATCH: Mark Millar Returns to the Spy Game with KING OF SPIES

Mark Millar, the creator of the spy-based comics turned film- franchise The Kingsman, is returning to the spy genre with a new OGN and Netflix property,  King of Spies.

King of Spies will be Millar’s first original graphic novel has been officially described as the story of Britain’s greatest secret agent who must take on his deadliest enemy yet – his mortality. Following the diagnosis of a brain tumor,  and given six months to live, Sir Roland King,  now retired, realizes that the world he’s saved so many times still has many problems leaving him to feel that can’t leave with such a mess still existing, be it the greed and corruption he sees around him everywhere, untouchable despots he was forbidden to take out of commission, and the system he just doesn’t believe in anymore. His plan, use his remaining time to make a difference with his particular set of skills, repair the damage he did in his private life and go after the REAL monsters out there…

Millar, in a statement reported by The Hollywood Reporter, said about the project:

“The spy world was very good to us with Kingsman and a return to the genre had to be something special. This is that project. I love stories about an old gun-fighter back for one last job and this is the granddaddy of them all. It’s so incredibly violent and emotional, but really fun too.”

Netflix, who acquired the Millar’s publishing imprint, Millarworld, in 2017, giving them access to much of Millar’s previous work, and a one-man factory for new and original works, has described the project as:

“The translation of the original Netflix property is written by Millar and will also be drawn by a superstar artist chosen from the comic book world, based on designs created by the team at Netflix with plans is for the story to be adapted eventually into a series or feature.” 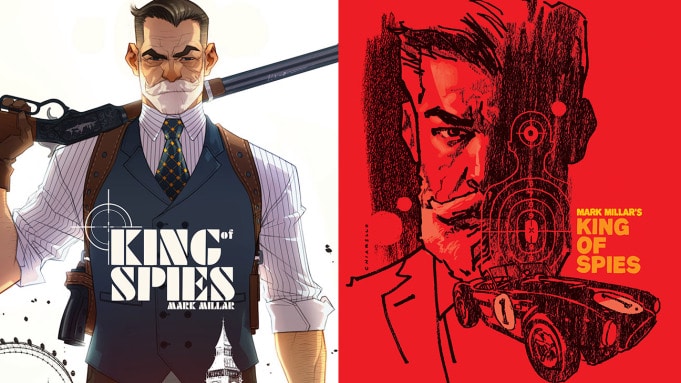 No further details about the OGN or Netflix such as intended release dates were announced.

NEWS WATCH: Mark Millar Returns to the Spy Game with KING OF SPIES