MARVEL CELEBRATES THE 35TH ANNIVERSARY OF ALIENS WITH ALIENS: AFTERMATH #1

This July, Marvel Comics will honor the 35th Anniversary of Aliens with a special one-shot by writer Benjamin Percy(Wolverine, X-Force) and artist Dave Wachter(Iron Fist: Heart of the Dragon). Celebrating one of the most influential science-fiction films of all time, ALIENS: AFTERMATH #1 will be a double-sized issue featuring an all-new story set in the same terrifying universe of Aliens. The action will take place at Hadley’s Hope and present a terrifying possible future for LV-426, the location of the groundbreaking 1986 film.

It’s been 35 years since the tragedy of the Hadley’s Hope colony, but what happened during that ill-fated venture has been shrouded in mystery. A renegade crew of investigative journalists are heading towards the moon that Weyland-Yutani has wiped from all records, and they’ll bring back the truth even if it kills them…and what remains in that bombed-out site will try to do just that. 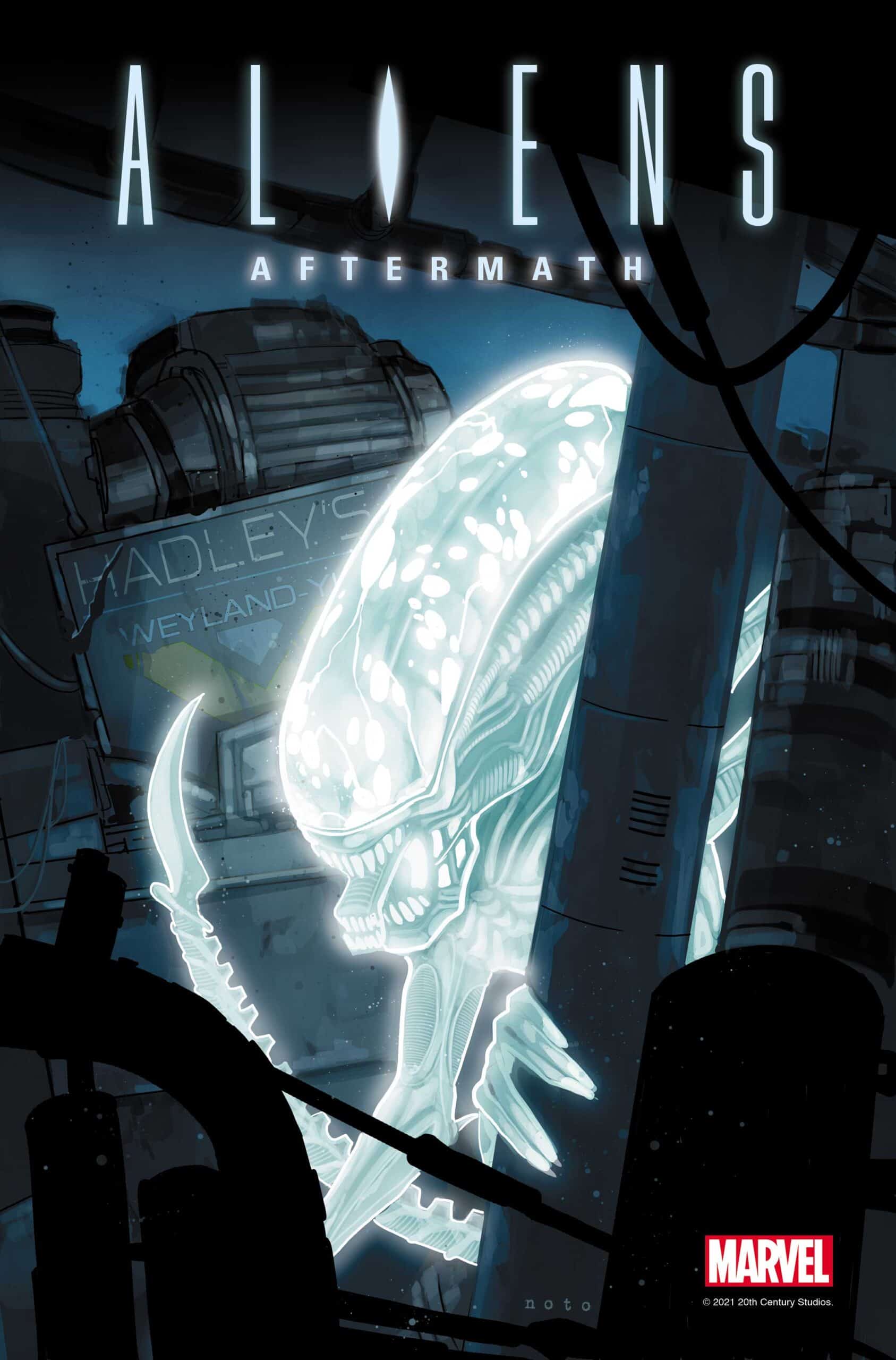 Here’s what Percy had to say about penning this new saga:

“When I was a kid, I had a door-length poster of a xenomorph crashing through the wood, tearing off the hinges, creeping forward with a drippy fanged smile. This is the image I would drift away to every night, which no doubt influenced my imaginative hard-wiring, along with the films and comics that I watched and read over and over and over. To this day, I can’t grip a knife without wanting to lay my hand on a table and tick-tick-tick the point between my splayed fingers — I can’t play a game of ping-pong or Clue without yelling, ‘Game over, man.’ — I can’t scratch an orange tabby without whispering , ‘You are my lucky star….lucky, lucky, lucky, lucky, lucky.’  I’ve been in love with these stories most of my life, and it’s truly an honor and a delight to celebrate the 35th anniversary of Aliens with a script inked in acid blood.”

Check out Phil Noto’s cover and pick up ALIENS: AFTERMATH #1 when it hits stands on July 14th! For more information, visit Marvel.com.

NEWS WATCH: Conspiracies Turn Deadly in REGARDING THE MATTER OF OSWALD’S BODY #2
November 19, 2021

NEWS WATCH: Here are all the X-cellent X-Related Solicitations for February 2022!
November 18, 2021