Well, Day 1 of C2e2 is done and boy Marvel sure didn’t disappoint with announcements galore!

It’s the 25th Anniversary of the Marvels collection which is being celebrated already with reprints and cover homages by Marvel. What better way to add to the celebration than with an all-new story from Kurt Busiek and Alex Ross! By the looks of the promo image shown it looks to be an X-Men one too! 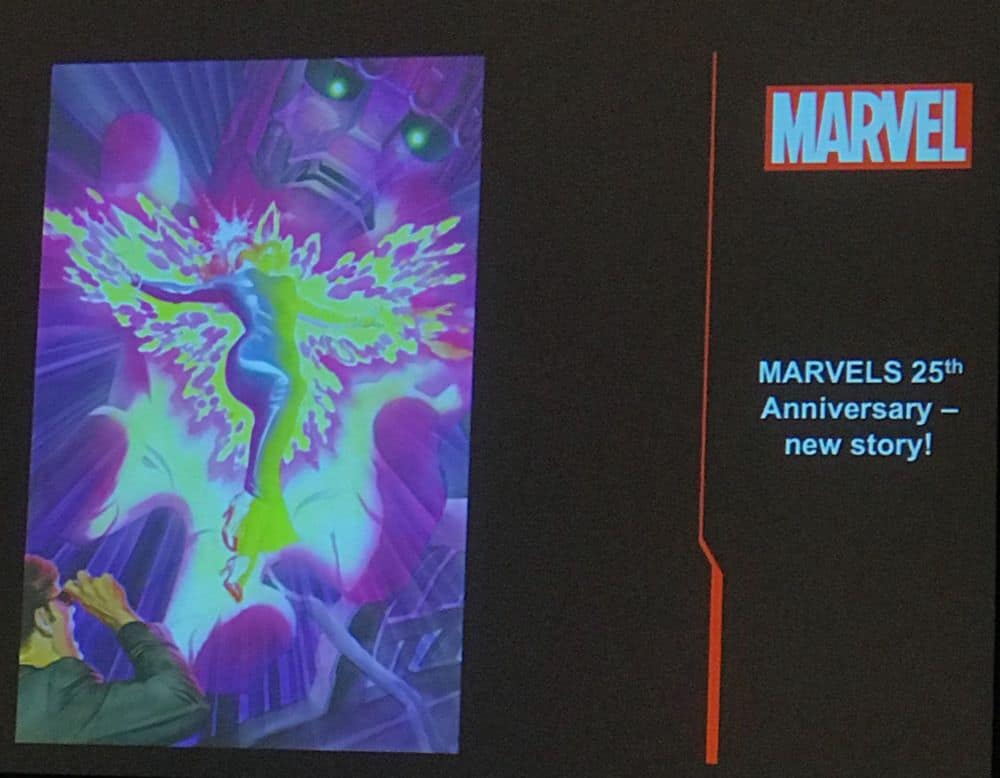 Last year we were introduced to INFINITY WARP mashed up characters like Arach-Knight, Soldier Supreme and the Iron Hammer. This year, starting in July, writer Al Ewing and several artists, including Carlos Villa and Carlos Gomez, will take us on a six-part journey in an annual format of major events like Acts of War and Secret Warps but set in this universe! 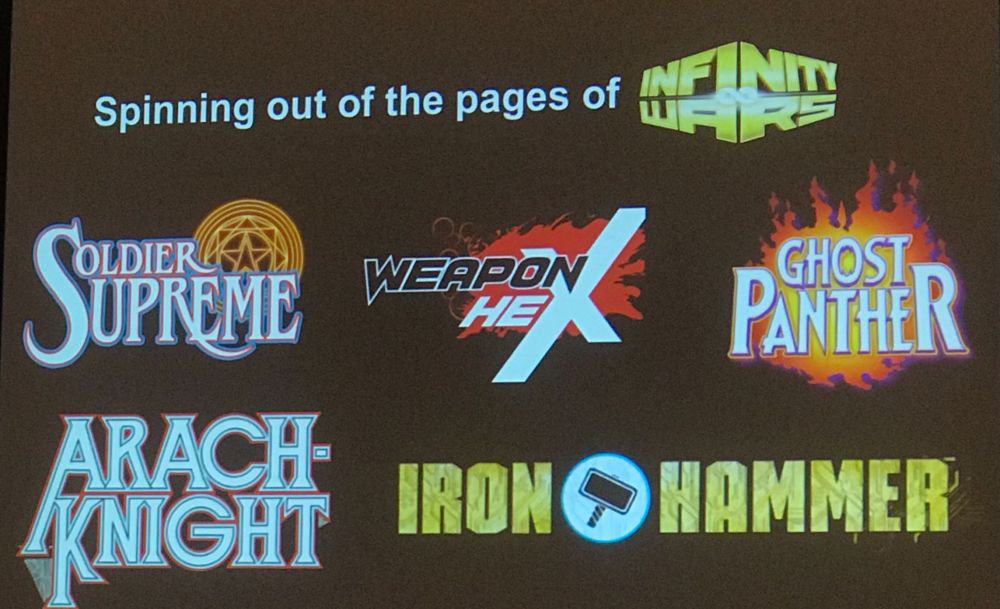 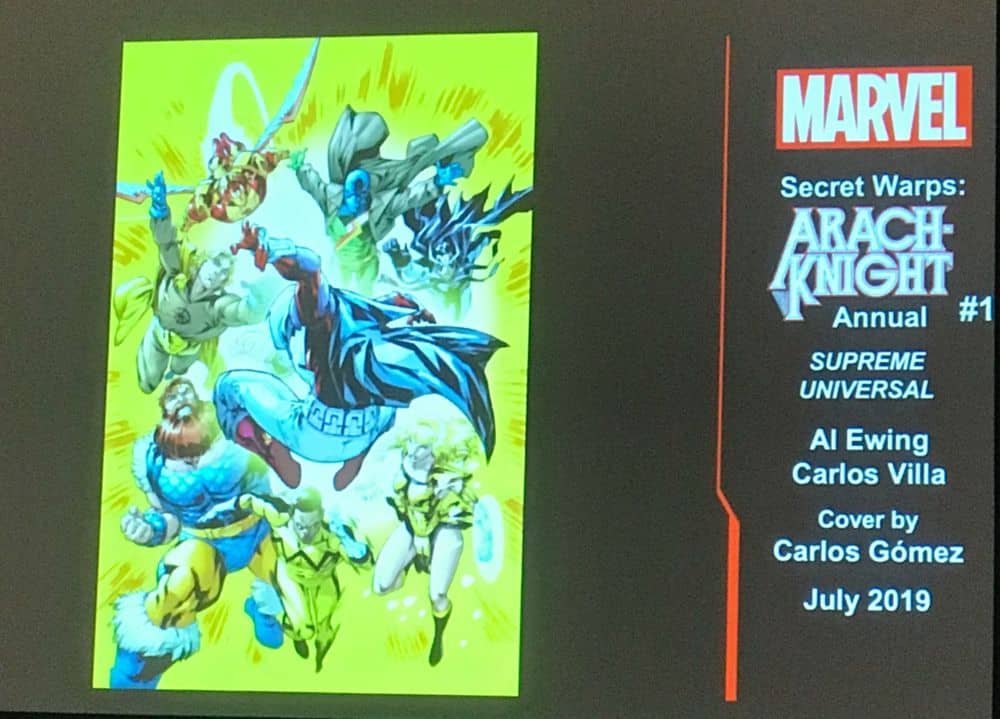 Also in case, you have been living under a rock there’s this little event coming up called WAR OF THE REALMS and today at the C2E2 panel Marvel revealed a ton of interior art from the event including a look at art from the spinoff titles like these pages from the X-Men tie in by Pere Perrez: 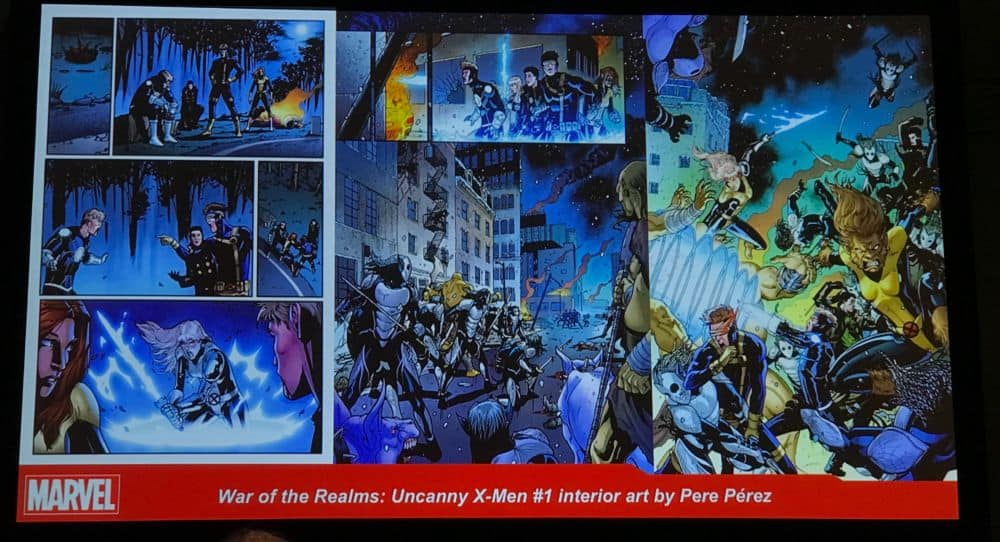 Along with the interior art was a new launch trailer for the event:

It all starts April 3 from the acclaimed creative team of Jason Aaron, Russell Dauterman, and Matthew Wilson.

Other highlights included Marvel revealing several things about the Spider-Man including the already announced Black Cat series that will spin out of the love triangle between Spidey, MJ and Felicia in  Amazing Spider-Man Hunted arc which will have J.Scott Campbell on main covers as well as Stanley Lau aka Artgerm on variants

Saturday is always a big day at the Chicago con and with the reveal of what exactly Johnathan Hickman is actually going to be writing at Marvel to be announced at a 4 pm panel, it promises to be a MARVELous day 2 in the Windy City!