The Marvel Universe is set to begin its new mystical Marvel epic in the highly anticipated  DARKHOLD saga this October.

For hundreds of years, scholars and heroes alike have searched for the Darkhold—AKA the Book of the Damned, written by the elder god Chthon. Now Doctor Doom, one of the greatest sorcerers in the Multiverse, has found it, and Chthon has found him. To save them all, the Scarlet Witch recruits a group of the world’s greatest heroes: Iron Man, Wasp (Janet Van Dyne), Black Bolt, Blade, and Spider-Man.

But in order to enter Chthon’s dimension and fight him, the heroes must read from the legendary Darkhold, which drives them utterly insane. Together, they’ll have to confront their inner darkness to overcome the most powerful mystical threats the Marvel Universe has ever faced.

In an interview with Marvel.com, Orlando said about the project:

“At last, we’re ready to open the Darkhold together, Scarlet Witch and Doctor Doom are two of Marvel’s most intimidating icons! And I am so excited for you all to get on board with this journey that pushes Wanda to the limit, as five of Marvel’s biggest heroes must overcome the nightmares held by the Darkhold’s pages, to stand with Wanda against one of her oldest enemies.”

Check out the teasers for THE DARKHOLD ALPHA #1, followed by DARKHOLD: IRON MAN #1 and DARKHOLD: BLADE #1  below, as well as Cian Tormey’s “defiled designs” for Iron Man and Blade.

The series kicks off with DARKHOLD ALPHA #1 written by Steve Orlando with art by Cian Tormey. This extraordinary one-shot kicks off an all-new story centered around the Scarlet Witch and Doctor Doom as they prevent the recently resurfaced Darkhold text from unleashing chaos on the Marvel Universe.  Following the ALPHA issue, the story will be told through a series of one-shots, each centering on a different hero recruited to combat the Darkhold’s horrifying effects. Two of these mind-melting adventures that will release this October are DARKHOLD: IRON MAN #1 and DARKHOLD: BLADE #1! 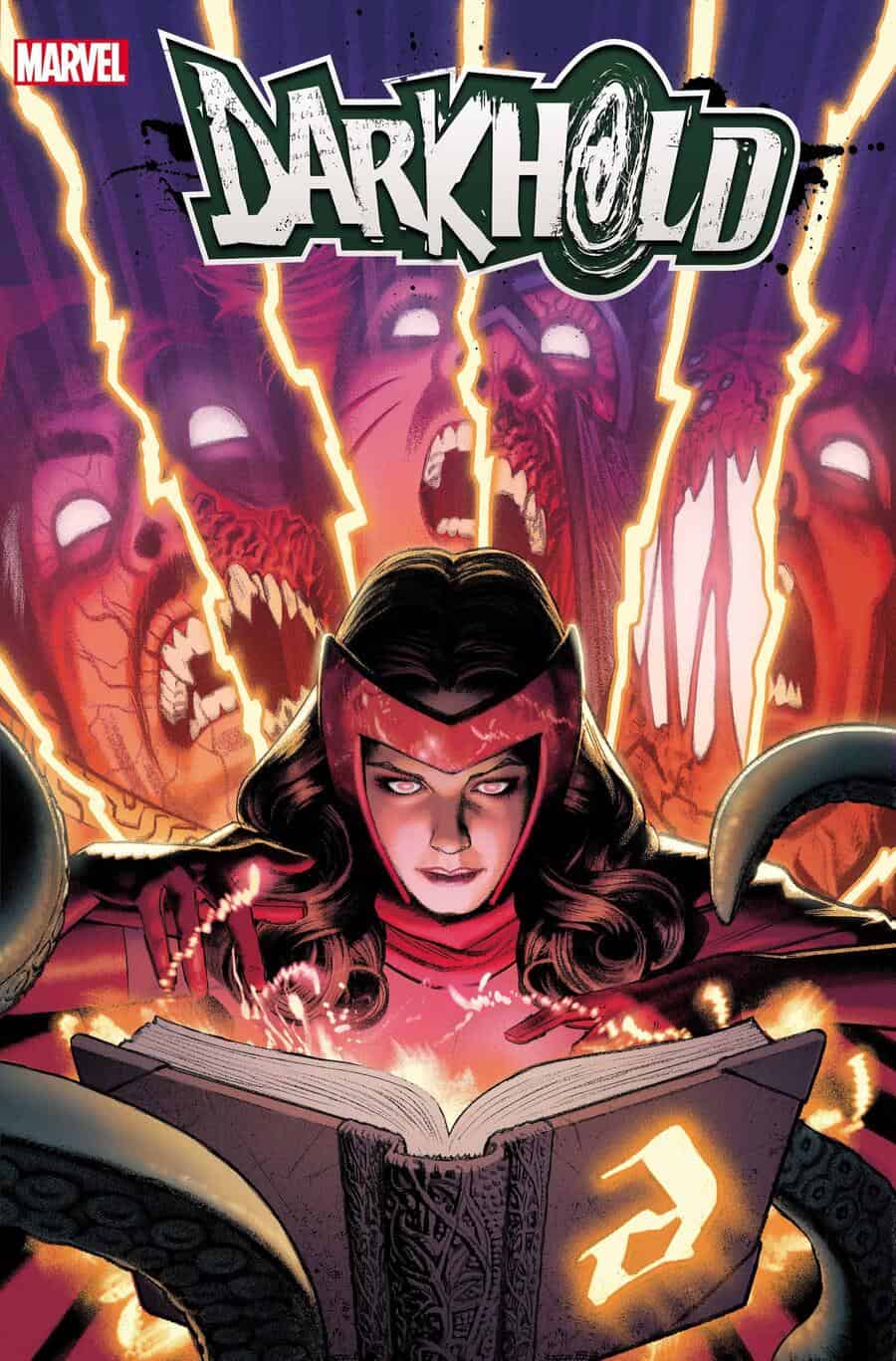 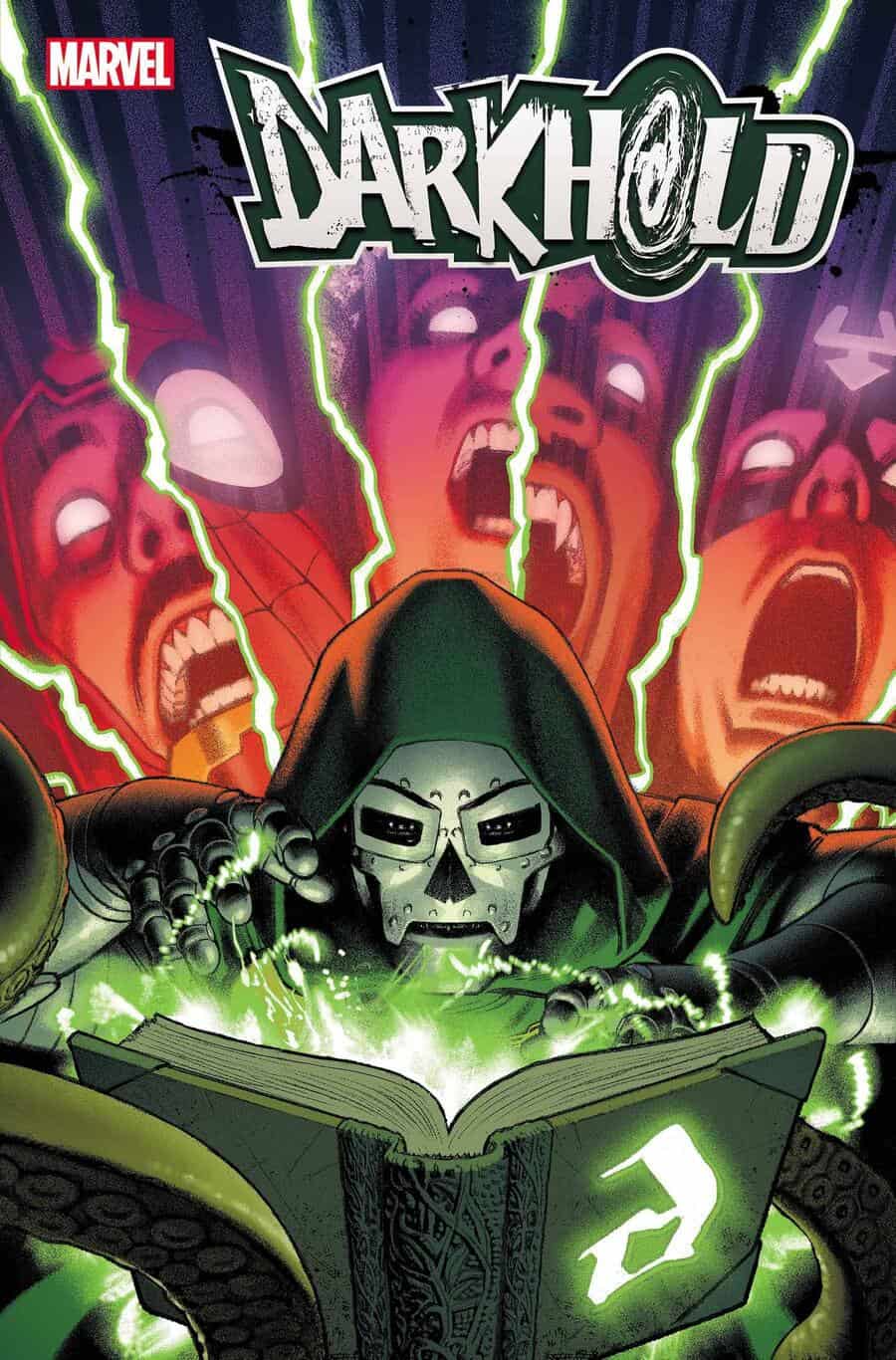 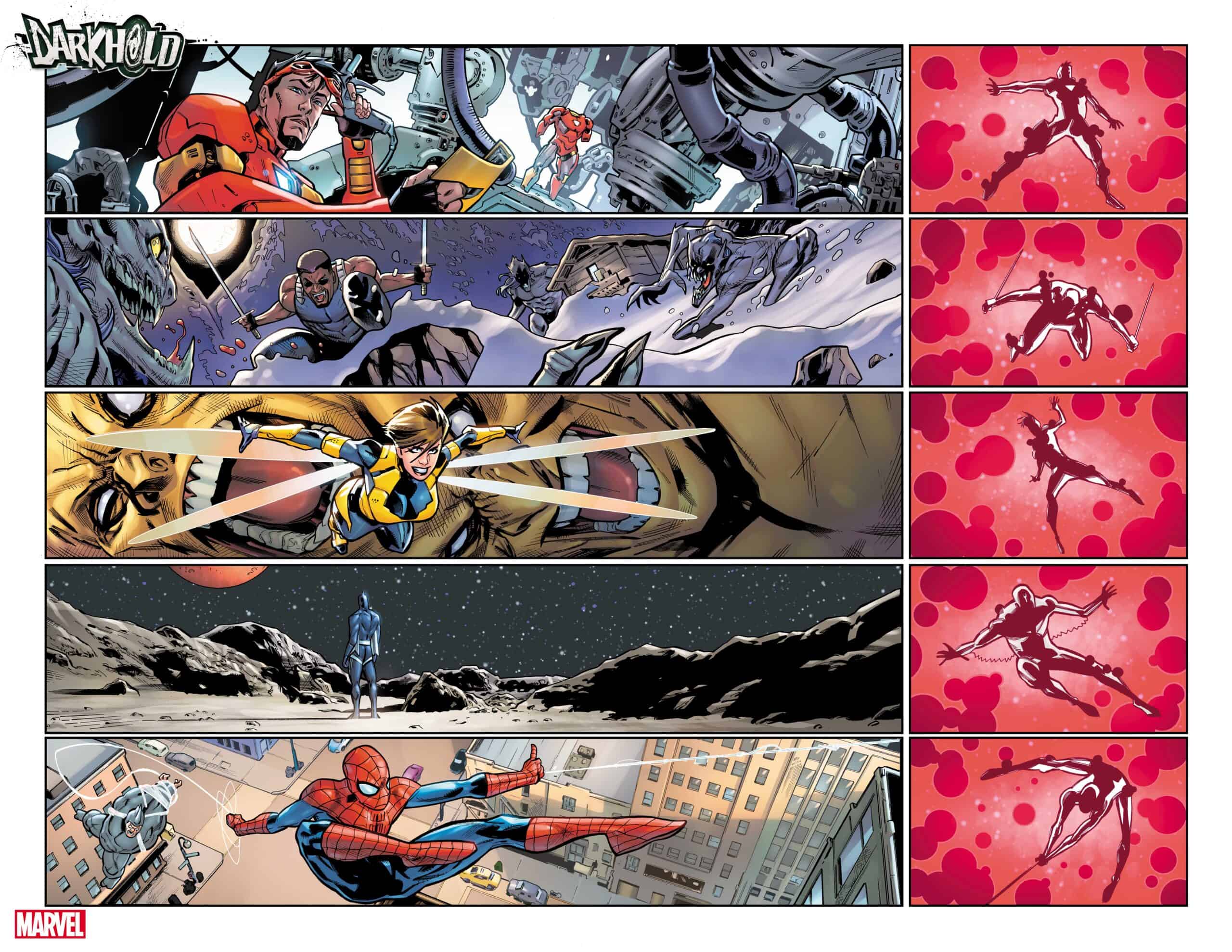 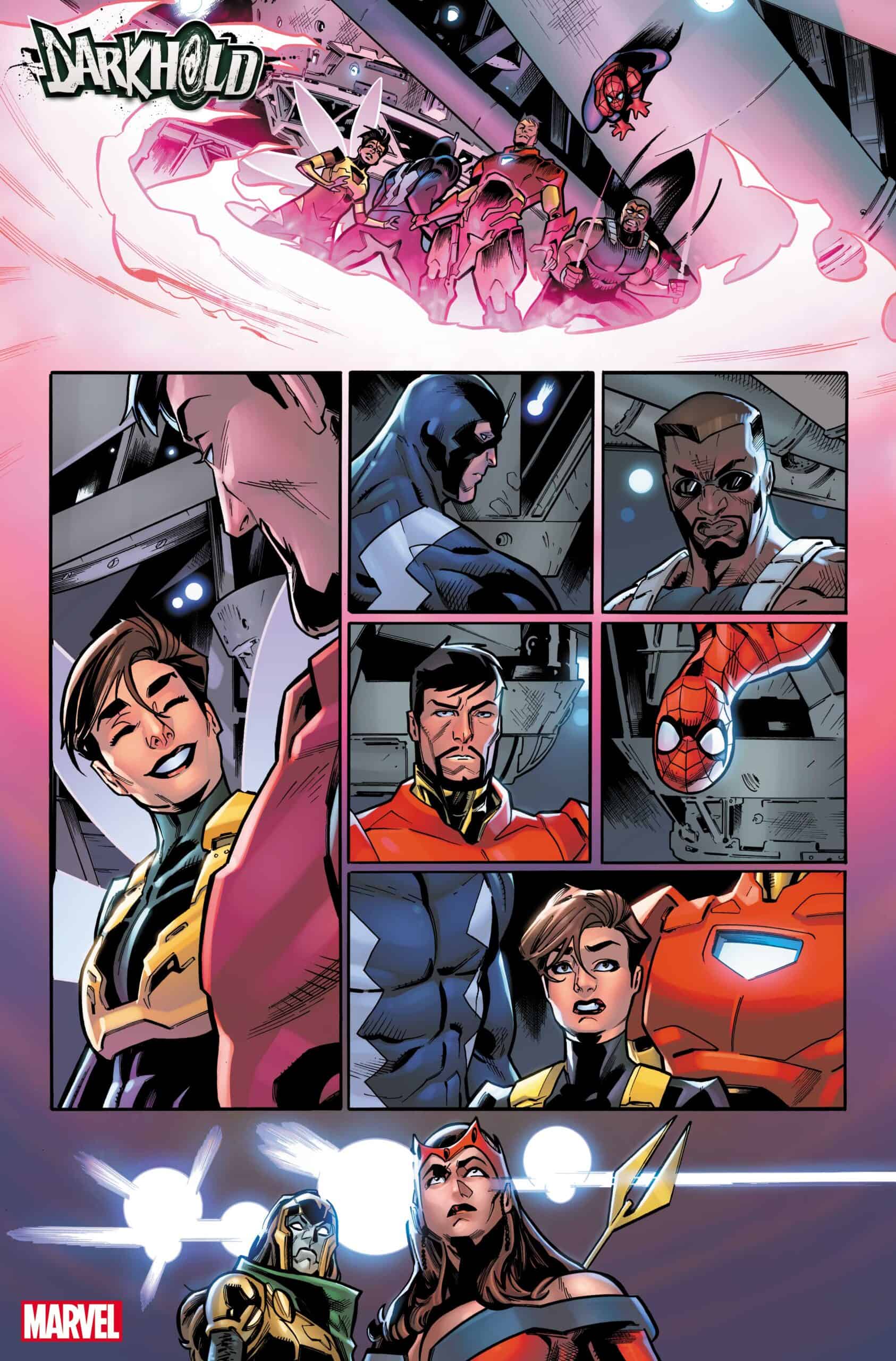 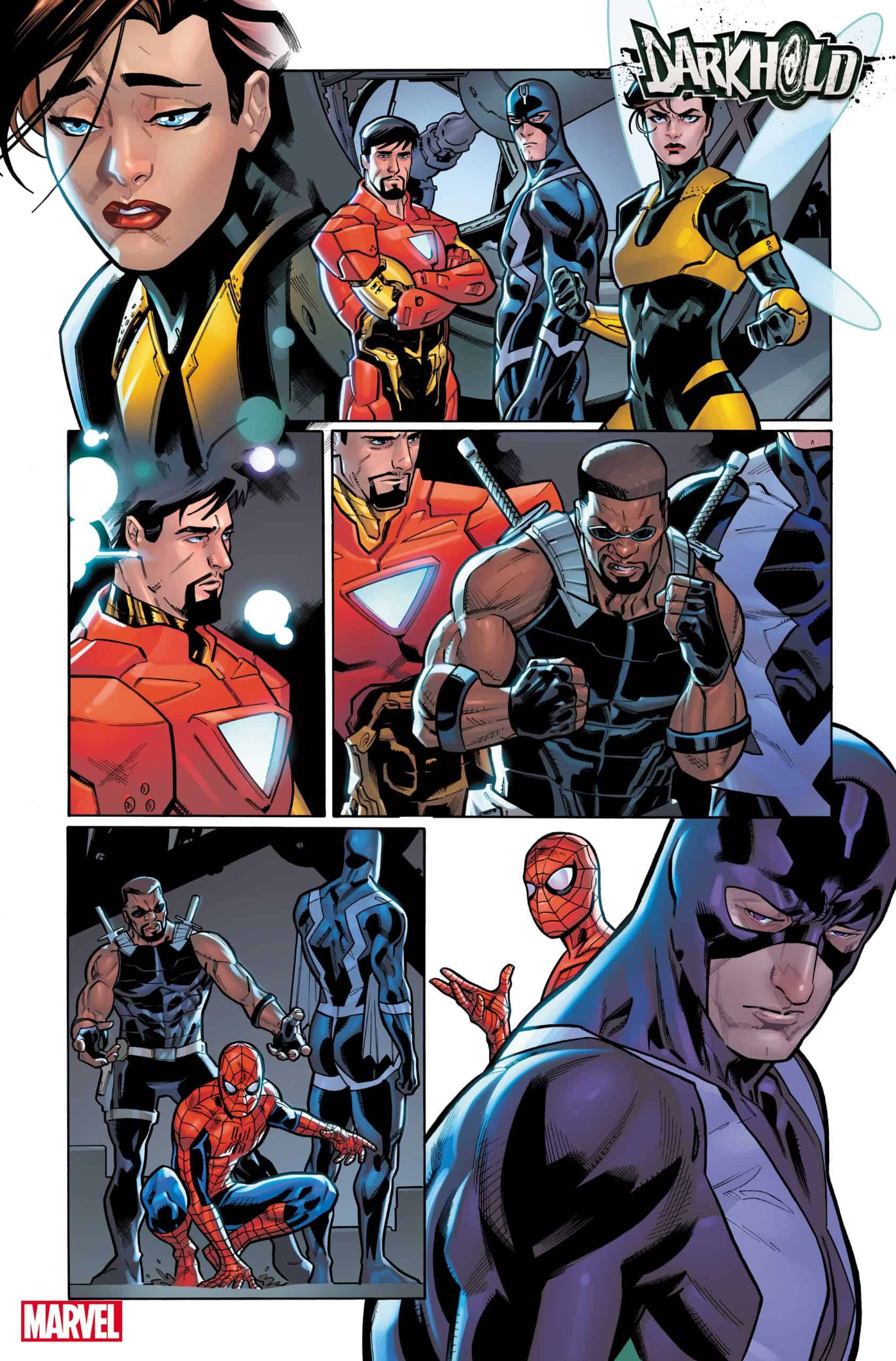 DARKHOLD: IRON MAN will be headed up by Ryan North, the brilliant mind behind The Unbeatable Squirrel Girl, snd artist Guillermo Sanna to bring you the body-horror tale of the century. Called forth to face the dread god Chthon, Iron Man reads from the ancient ill-fated text known as the Darkhold…and it changes the course of his entire life. The armor that has saved him countless times is about to become a prison — one whose only escape is a fate worse than death. 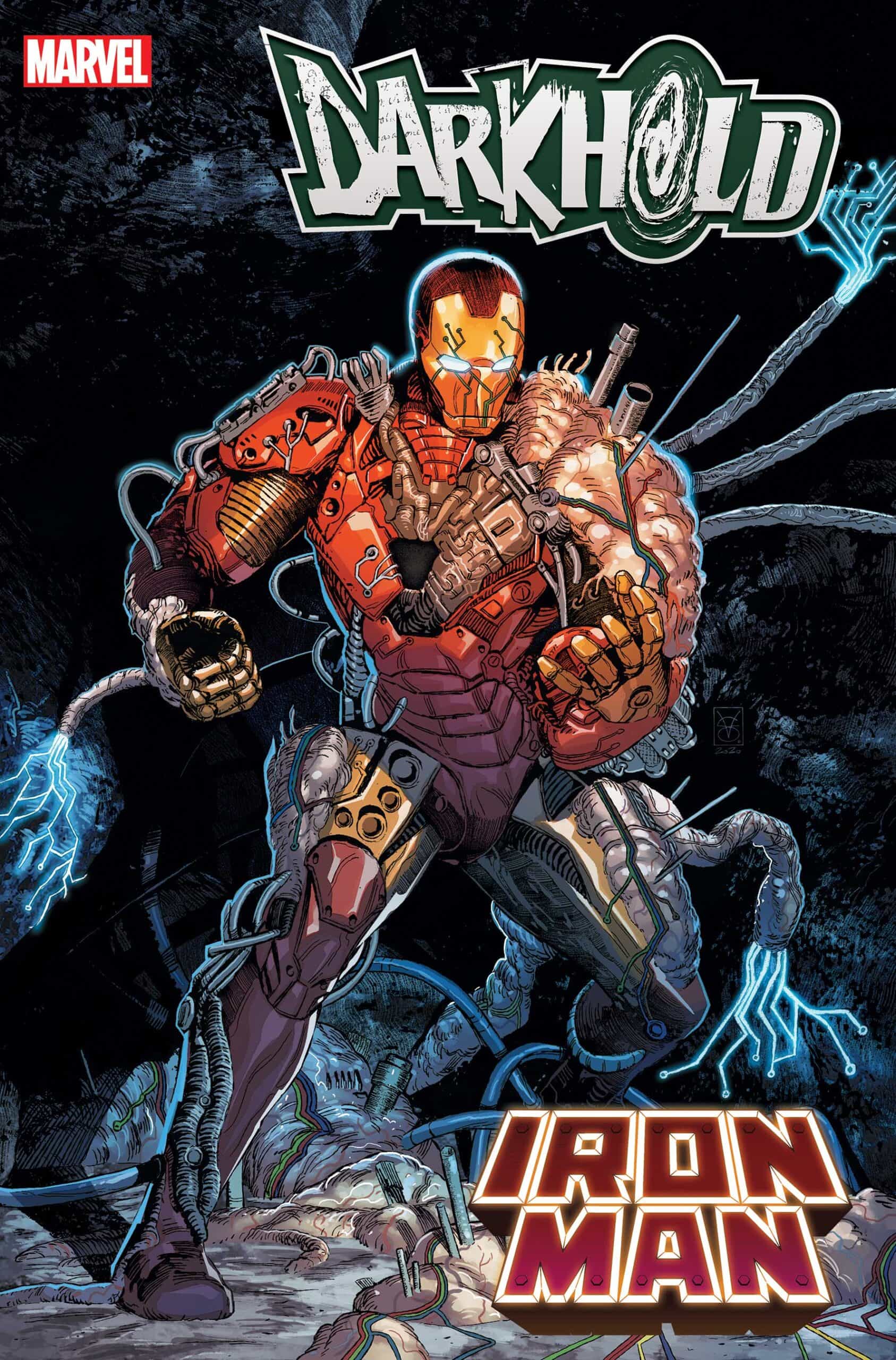 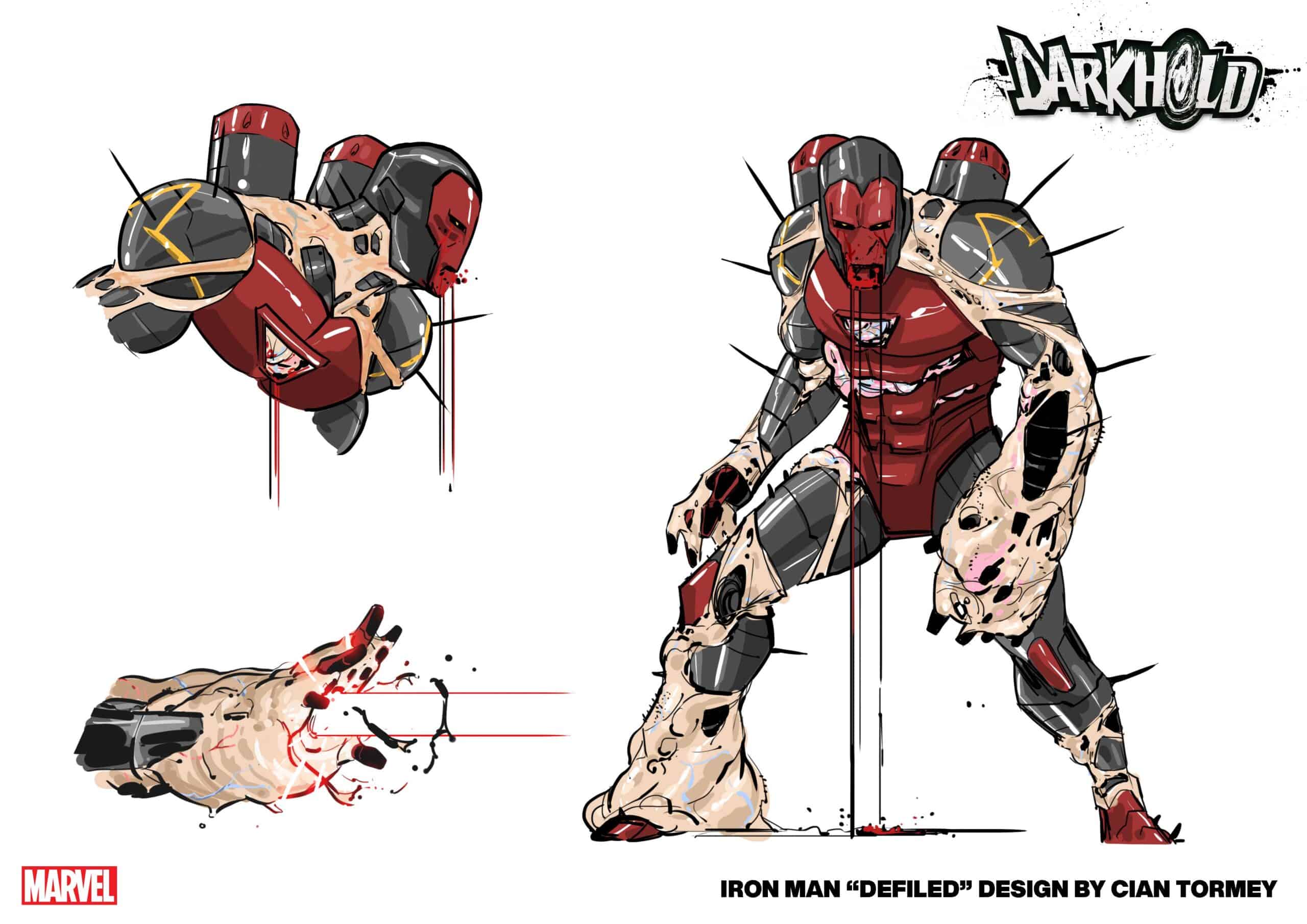 Daniel Kibblesmith, the Emmy-nominated writer, known for his bold work on the Loki comic book series, teams with artist Federico Sabbatini to bring Marvel’s resident vampire hunter into the action in DARKHOLD: BLADE! After reading from the cursed Darkhold, Blade attempts to enter Chthon’s dimension and stop the ancient god from destroying the Multiverse. But reading the book has changed all their lives and histories…and for Blade, the consequences are far-reaching. Vampires rule the world, and he rules over them all. But there are some heroes left—and Blade is not as omniscient as he thinks. 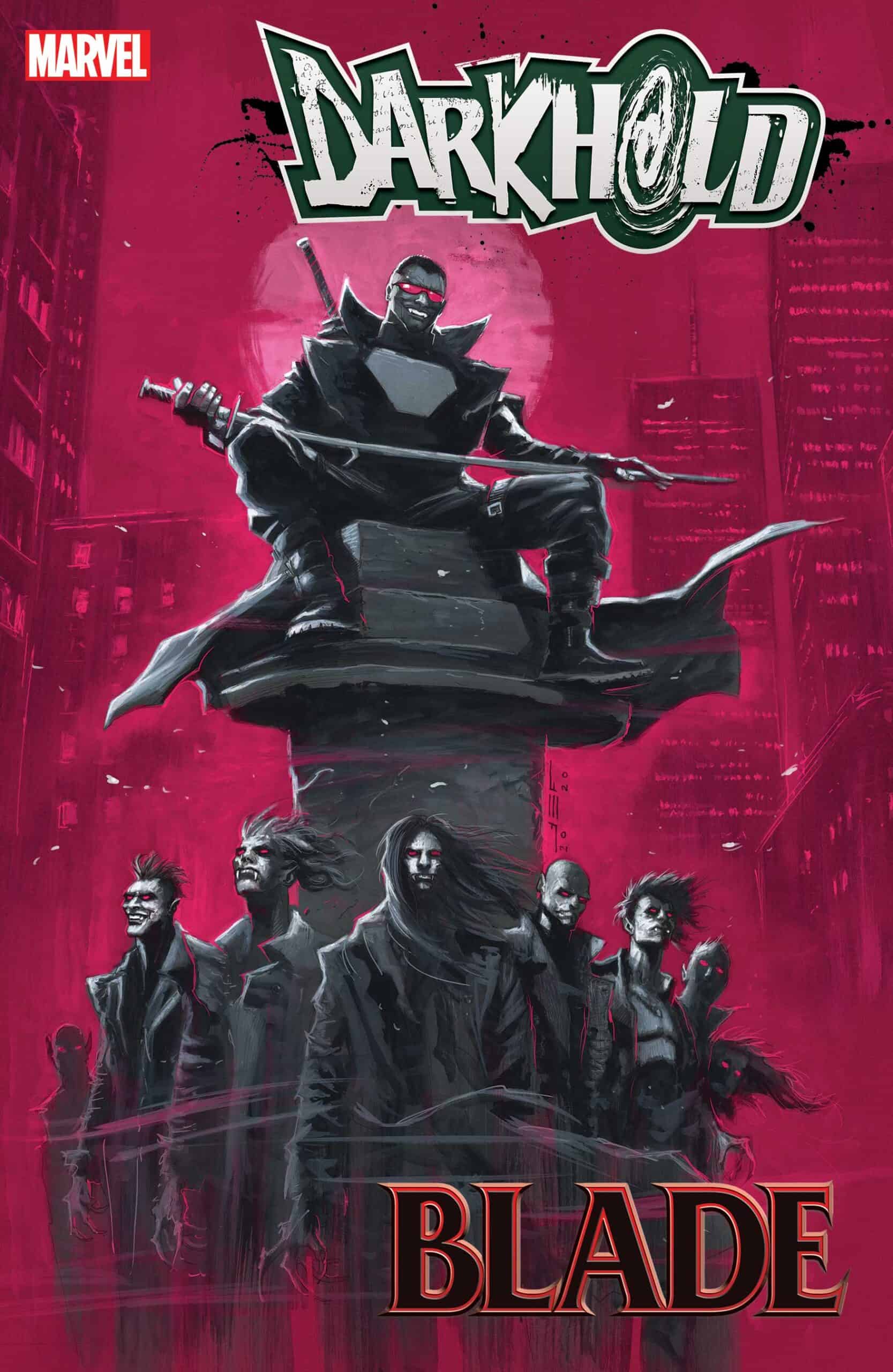 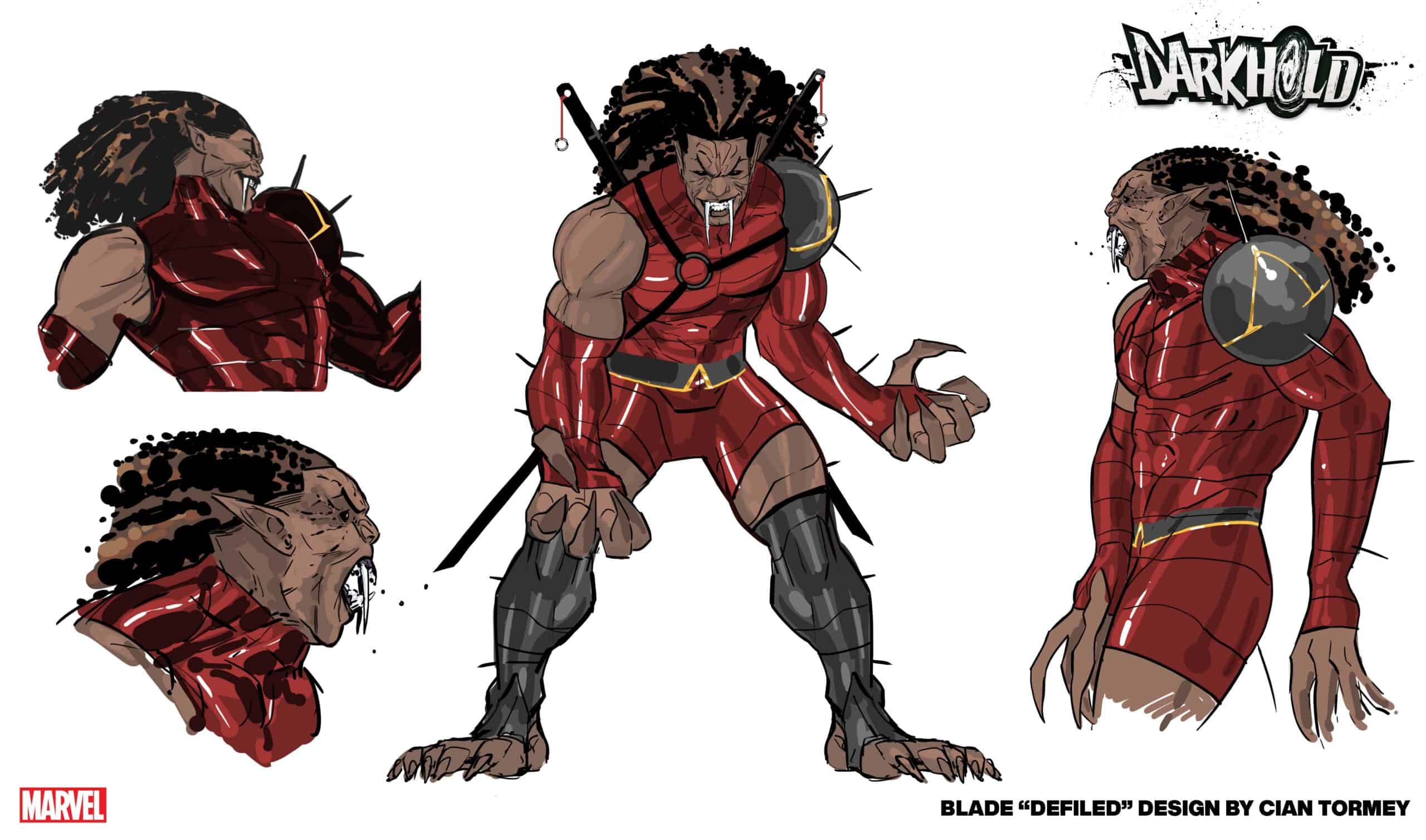 Enter the Darkhold if you dare when this strange and terrifying saga begins this September with DARKHOLD ALPHA #1 and followed by DARKHOLD: IRON MAN & DARKHOLD: BLADE this October.