“It blew my mind when I learned this special was being put together. Something that not too long ago seemed a wild dream is finally happening! I think this is one of those history-making touchstones for LGBTQ+ representation in Marvel, one of those moments that sets the bar higher and starts a lasting paradigm shift, and I’m just grateful to be lucky enough to be asked to contribute to it,” artist Luciano Vecchio said. “And on a more personal note, after my short story in the first Marvel’s Voices special last year, this feels like an organic progression in the right direction, and I can’t stop smiling about it.”

Since 1992’s revolutionary ALPHA FLIGHT #106 proudly confirmed Northstar’s sexuality, Marvel has represented LGBTQ+ identities with a wide array of characters and stories. MARVEL’S VOICES: PRIDE #1 will continue this legacy with thrilling adventures starring Mystique and Destiny, Nico Minoru and Karolina Dean, Iceman, Daken, Karma, and more. Plus, writer Allan Heinberg and artist Jim Cheung make their long-awaited return to Marvel Comics with a new chapter in the love story of their hit creations: Wiccan and Hulkling! MARVEL VOICES: PRIDE #1 will also revisit some of Marvel’s groundbreaking moments and explore the history of LGBTQ+ inclusion and storytelling at Marvel Comics.

“When I was a very closeted, very lonely kid, these characters saved my life,” writer Anthony Oliveira expressed. “It’s an honor to tell stories about them and to see the kind of stories queer people can tell about queer people deepen and grow.”

“What an honor to be part of MARVEL’S VOICES: PRIDE! I could not be more excited to help spotlight LGBTQ+ characters new and old at the House of Ideas, as well as joining a stable of LGBTQ+ creators behind the scenes for this special,” Steve Orlando said. 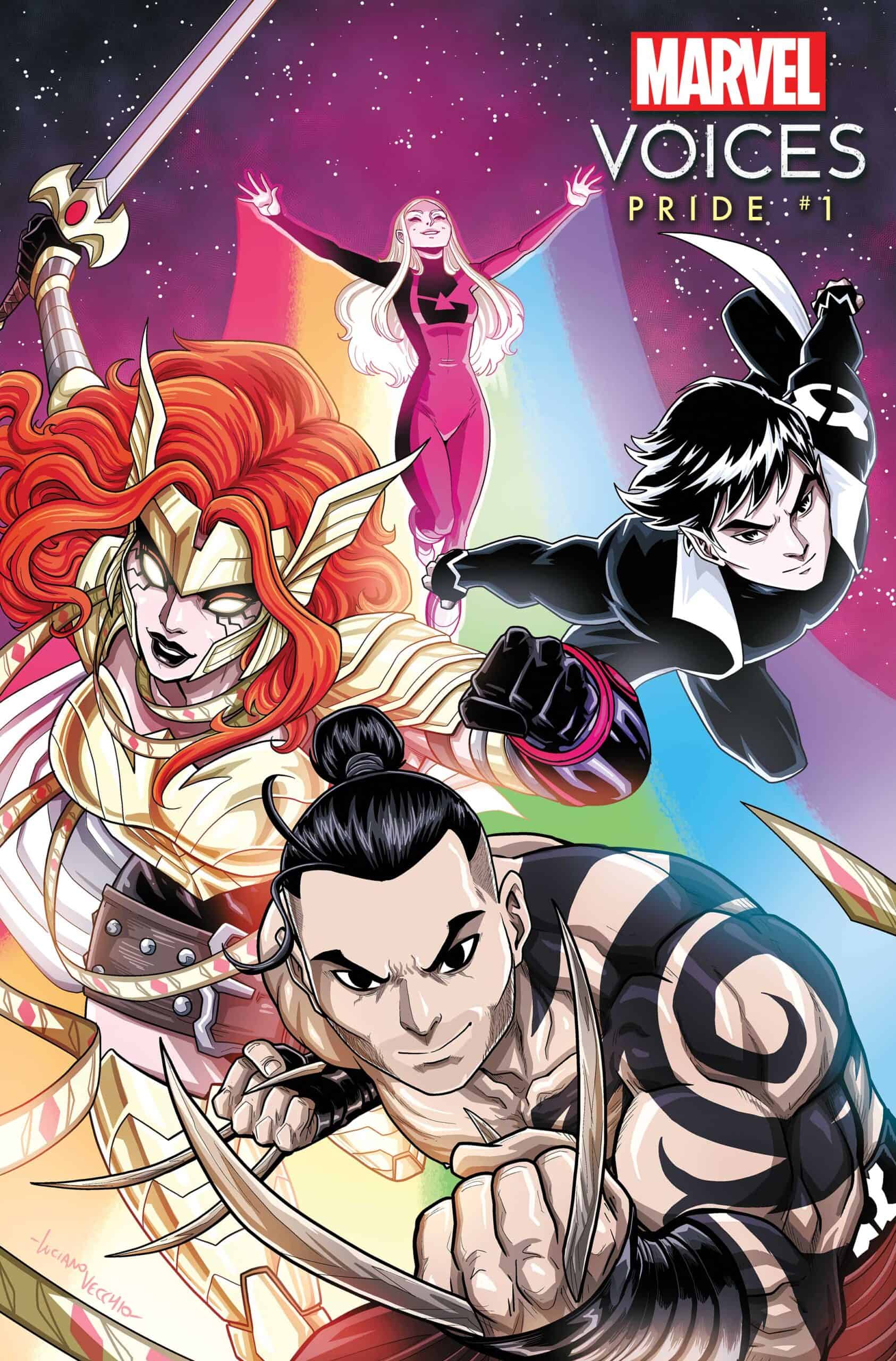 Stay tuned for announcements on the other ways Marvel Comics will be spotlighting LGBTQ+ heroes during Pride Month and be sure to pick this up this extraordinary one-shot when MARVEL’S VOICES: PRIDE #1 hits stands on June 23rd.