Marvel’s Comics platform, MARVEL UNLIMITED, which allows access to over 29,000 digital comics, has received a supercharge with the addition of Marvel’s Infinity Comics, the brand new weekly stories, courtesy of Marvel’s top creators, told in the vertical format.

In addition to a new intuitive Search, the all-new Marvel Unlimited is a smarter, more personalized experience! Now, we offer recommended Reading Guides and series based on your current reading and favorites. You’ll always be able to find fresh entry points and new stories based on the themes, creators, and characters that speak to you.

These new comics available only through the Marvel Unlimited app are in-universe stories designed for phone and tablet feature some of Marvel’s most popular characters such as the X-Men, Captain America, Shang-Chi, Black Widow, Venom, Carnage, Deadpool, and more from creators such as Jonathan Hickman, Declan Shalvey, Skottie Young, Alyssa Wong, Nathan Stockman, Kelly Thompson, Gerry Duggan, and Lucas Werneck, which offer a breadth of content for not only long-time readers but newcomers as well.

There are currently 27 Infinity Comics on the all-new app and over 100 issues planned for release by the end of the year. Readers can start their Infinity Comics reading on Marvel Unlimited with X-Men Unlimited from creators Jonathan Hickman and Declan Shalvey spinning out of Reign of X.

X-MEN UNLIMITED is at the forefront of Infinity Comics, as an ongoing series following the rotating adventures of Krakoa’s mutants. In the first arc, Wolverine and his battle against A.I.M. kicks off with many more guest stars, including prominent X-Men, in weekly chapters to come. 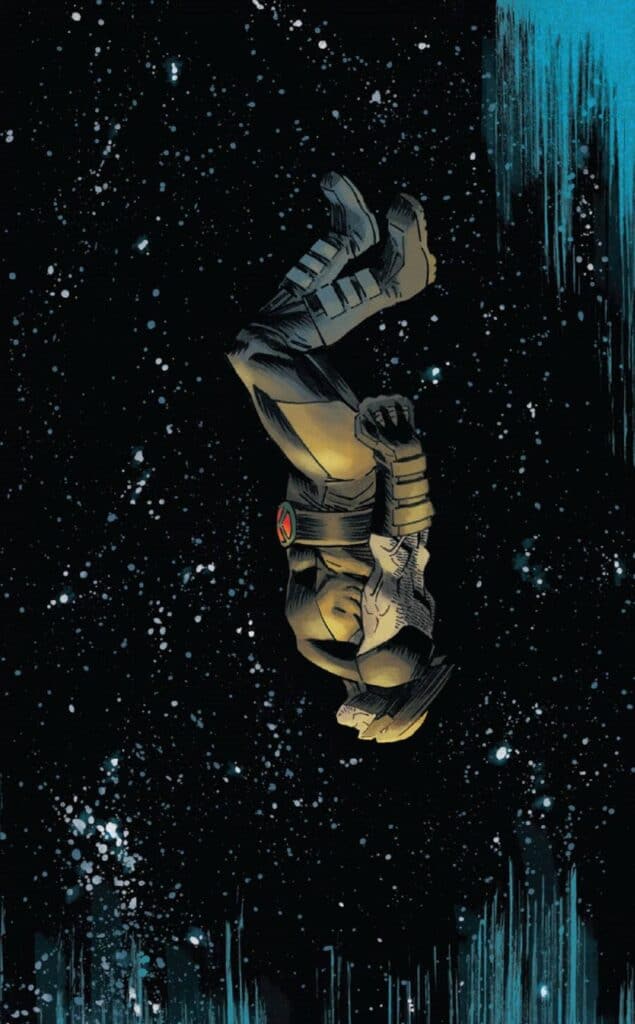 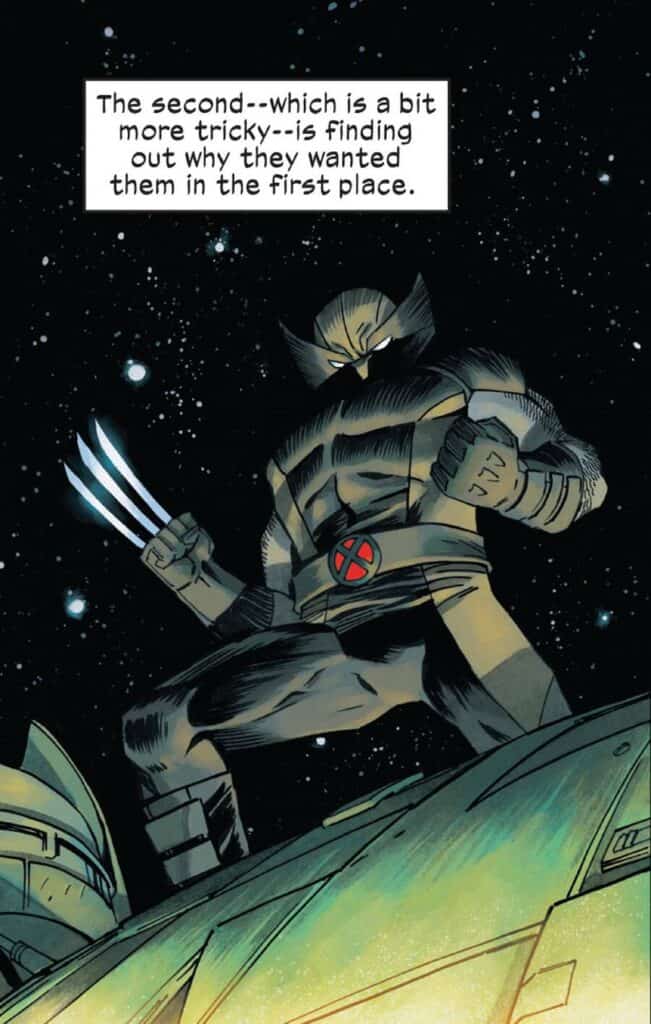 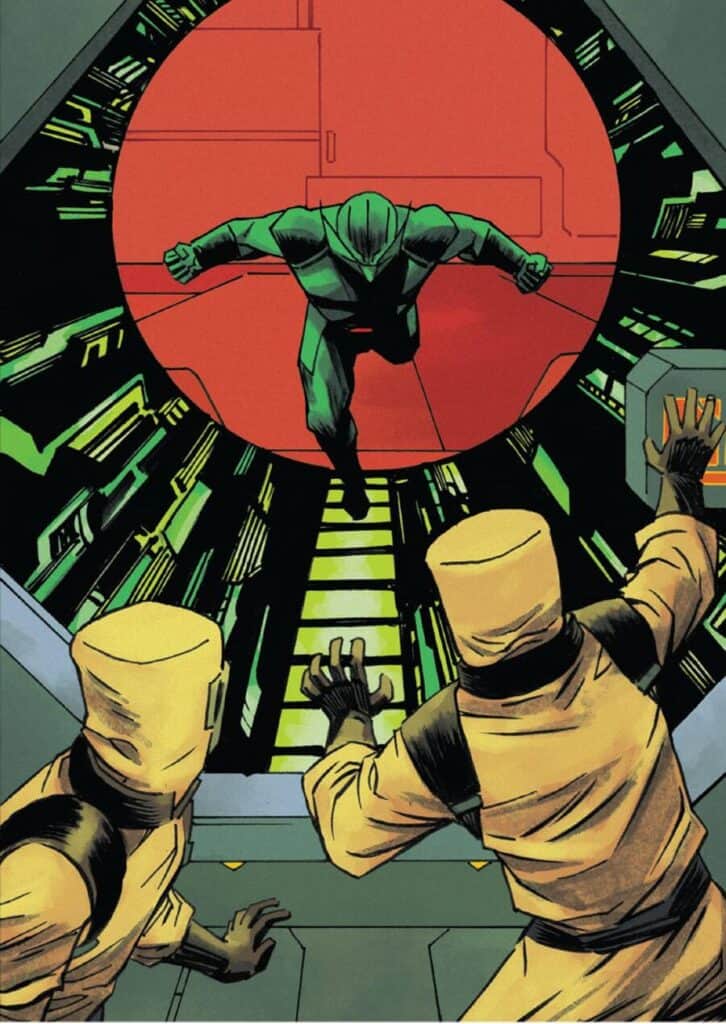 “Declan and I were pretty obsessive about stressing what we can do within the [Infinity] format and we think X-fans will be happy with the result. Ask anyone and they’ll tell you that I’m always up for trying out new ways to make stories, and this turned out to be a very interesting format.”

“When [series editor] Jordan White contacted me about this project, I could see the potential to experiment with how to tell a story and that was very intriguing. By coloring and arranging the vertical flow of the panels, it’s offered a level of innovation and control I hadn’t previously experienced, which has been both uniquely challenging and satisfying.”

“Of course, to get to work on an X-Men title has been a dream too. I’m a huge X-fan and have very much been admiring what Jon and the X-crew have been doing. Getting to work with Jon was also very appealing… the one thing I knew going in was that working on a project like this was going to push me as a storyteller and that definitely turned out to be true.”

Other Infinity titles include 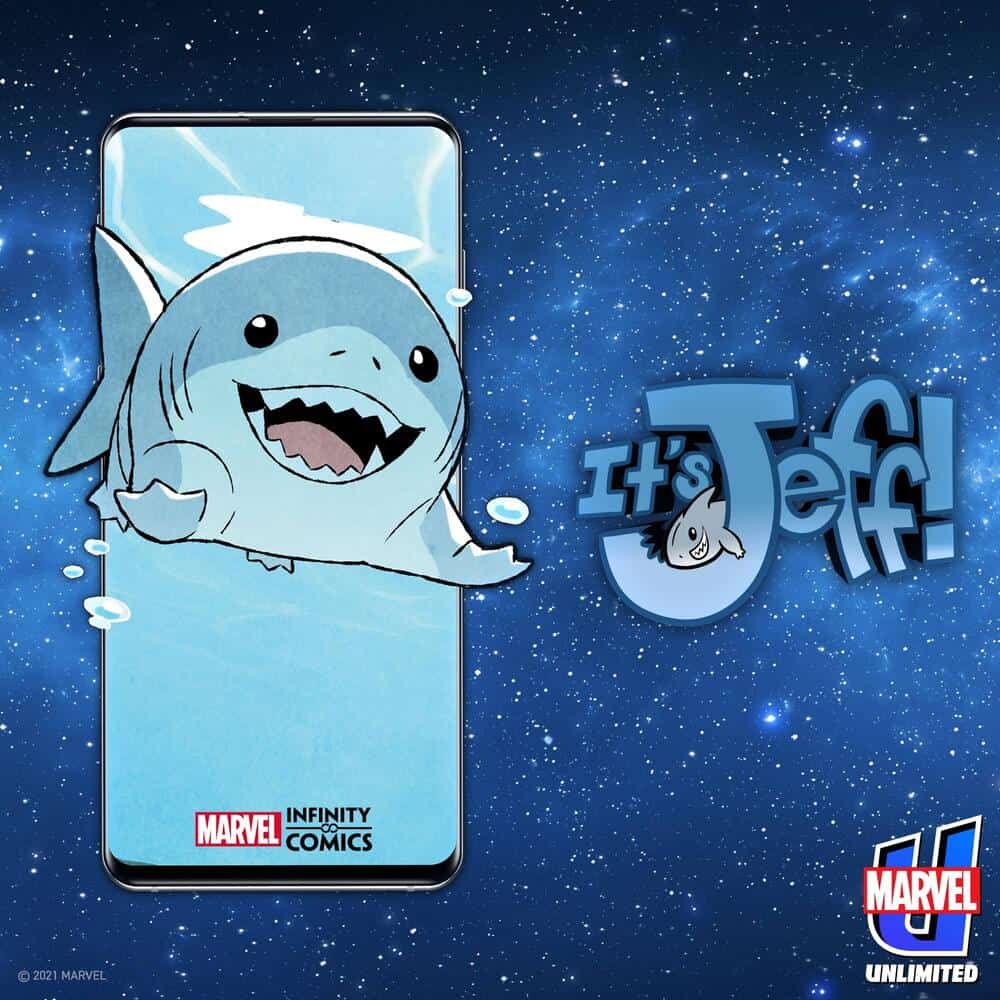 Jeff is many things: a Land Shark, Deadpool’s (maybe) best friend,  and new favorite Marvel hero. Follow Jeff the Land Shark weekly as he takes the Marvel Universe by storm (and sea) in a new series by fan-favorite creators Kelly Thompson and Gurihiru!

From snow days, tulip fields, to Thanksgiving feasts—Jeff the Land Shark has his own series chock full of adventures and is here to stay! Read issues #1 and #2 of IT’S JEFF on the MU app! 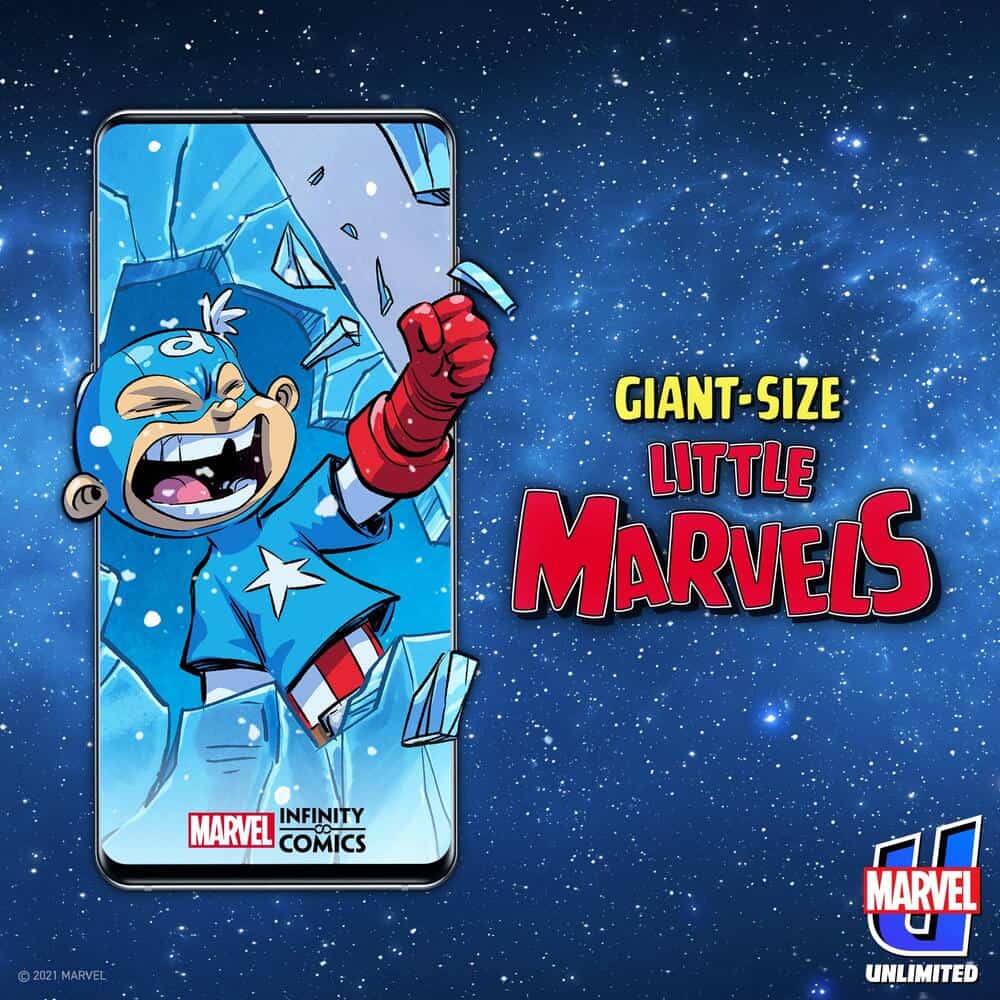 Creators Skottie Young and Dax Gordine present GIANT-SIZE LITTLE MARVELS! Join your favorite Marvel heroes (and maybe a few villains!) at their littlest bests as they star in weekly adventures that span the Marvel Universe.

Issues #1 and #2 are available to read today, starring Giant-Sized Little Marvel Iron Man and Captain America! Who else is set to make an appearance? Get ready for Doom (and gloom) and a Rocket in space!

Captain America: Steve Rogers has one mission: To save liberty against a racing clock. A violent group has taken possession of the Liberty Bell—and demanded an audience with America’s Sentinel of Liberty! Creators Jay Edidin and Nico Leon present this thriller that pushes Steve Rogers to the outer limits of his resolve. 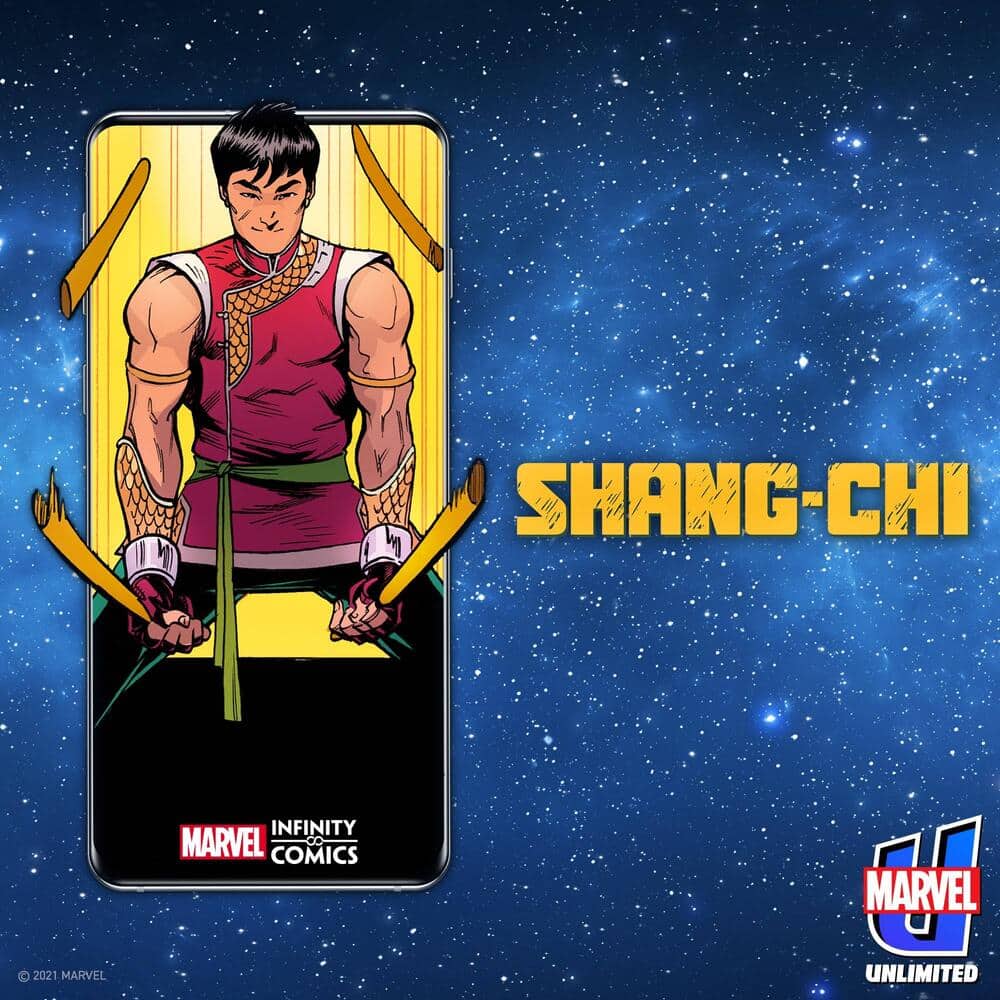 Shang-Chi. White Fox. Marvel’s greatest fighter teams with Ami Han, spy and Super Hero, to combat a deadly poison that has been unleashed across the world. Can Shang-Chi and his partner in crimefighting stop this evil at its source before it’s too late? STAR WARS: DOCTOR APHRA writer Alyssa Wong pairs with artist Nathan Stockman on this breakneck run.

The complete arc, issues #1-4, are available to read right now. 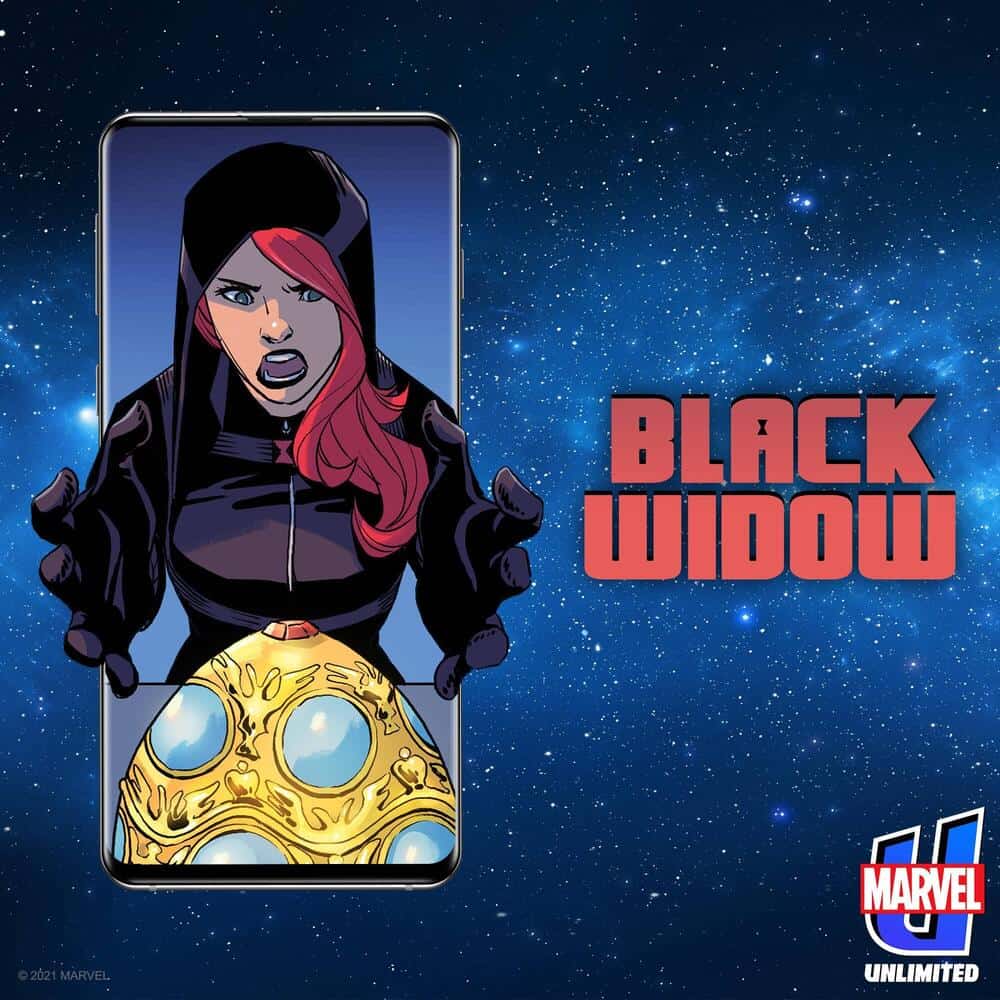 The Black Widow and Hawkeye star in “Easter Egg Hunt!” You know Natasha Romanoff as the world’s greatest super-spy—cold, calculating, and efficient. But what happens when a mission gets personal? Discover an untold piece of the Romanoff legend in this Infinity Comics one-shot! 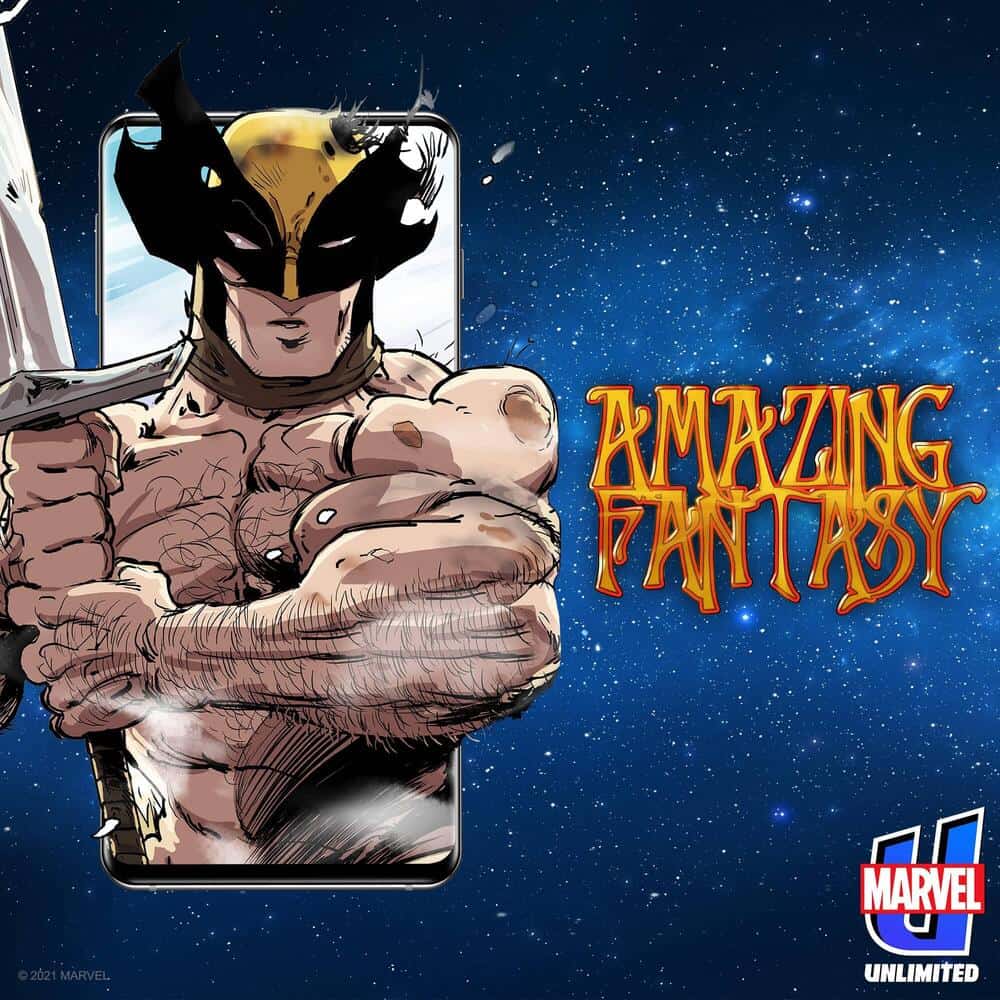 A prequel to the upcoming AMAZING FANTASY series by creator Kaare Andrews! Years ago, in a moment of contemplation, Wolverine is set upon and ushered into a journey of AMAZING FANTASY! The past catches up in spectacular fashion as Wolverine stares down demons, old loves, and monsters old and new. 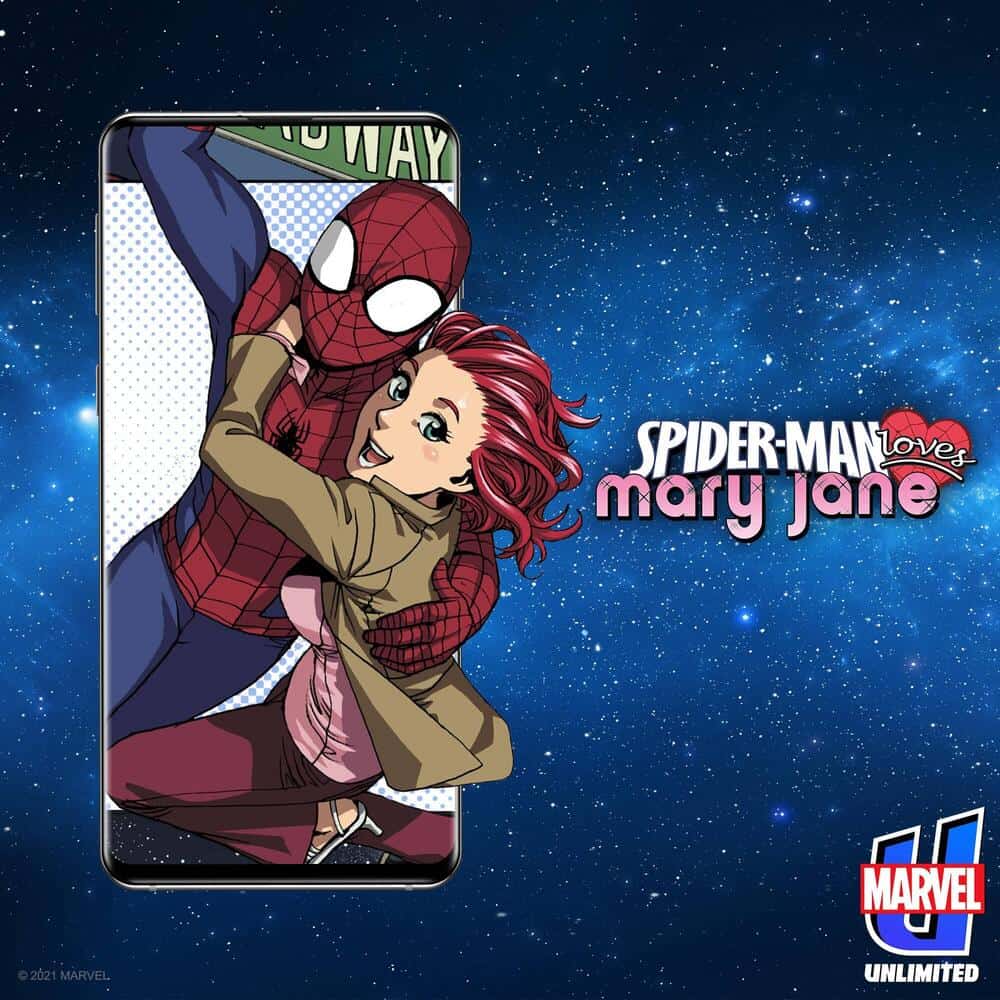 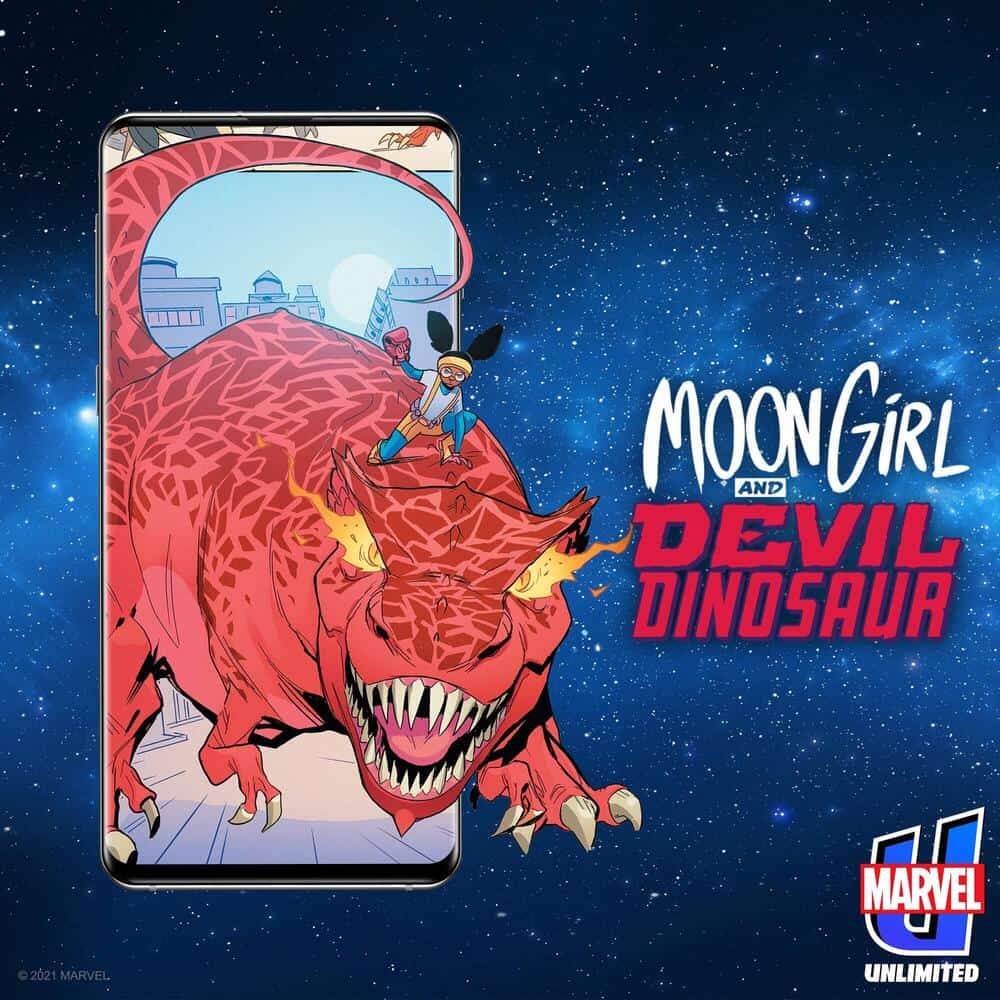 Along with the Infinity Comics comics can be read across devices, get unlimited downloads, personalize the reading experience  and earn Insider points through in-app integration, for the comics you’re already reading! 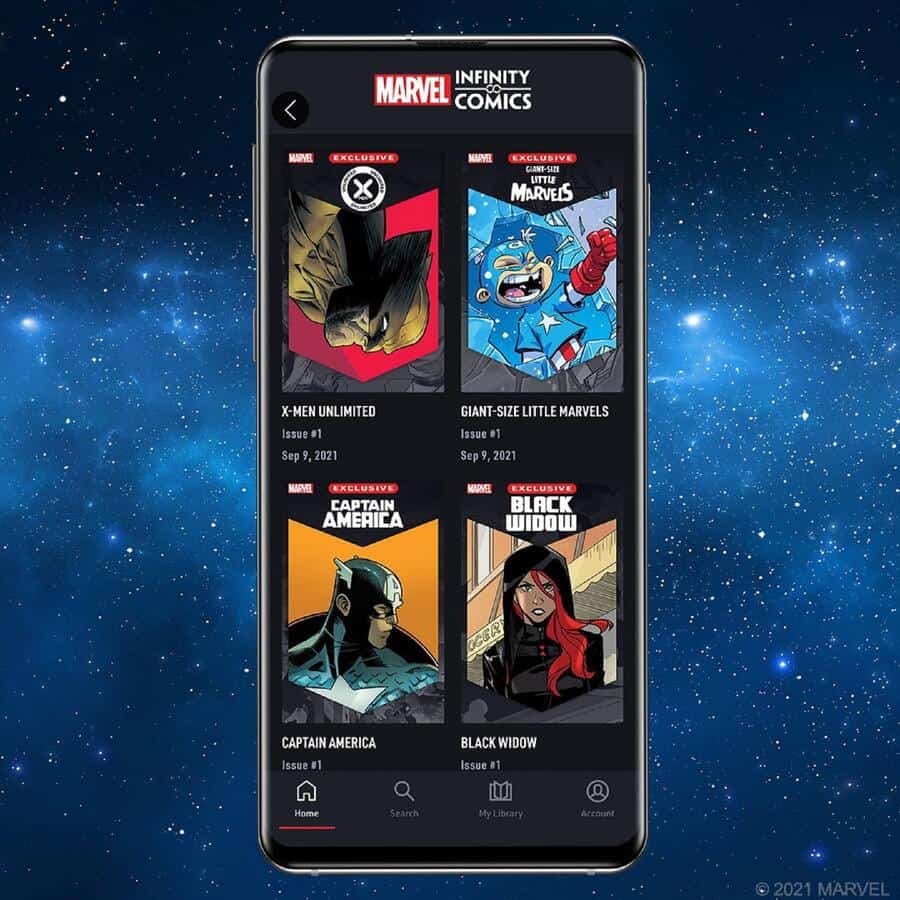 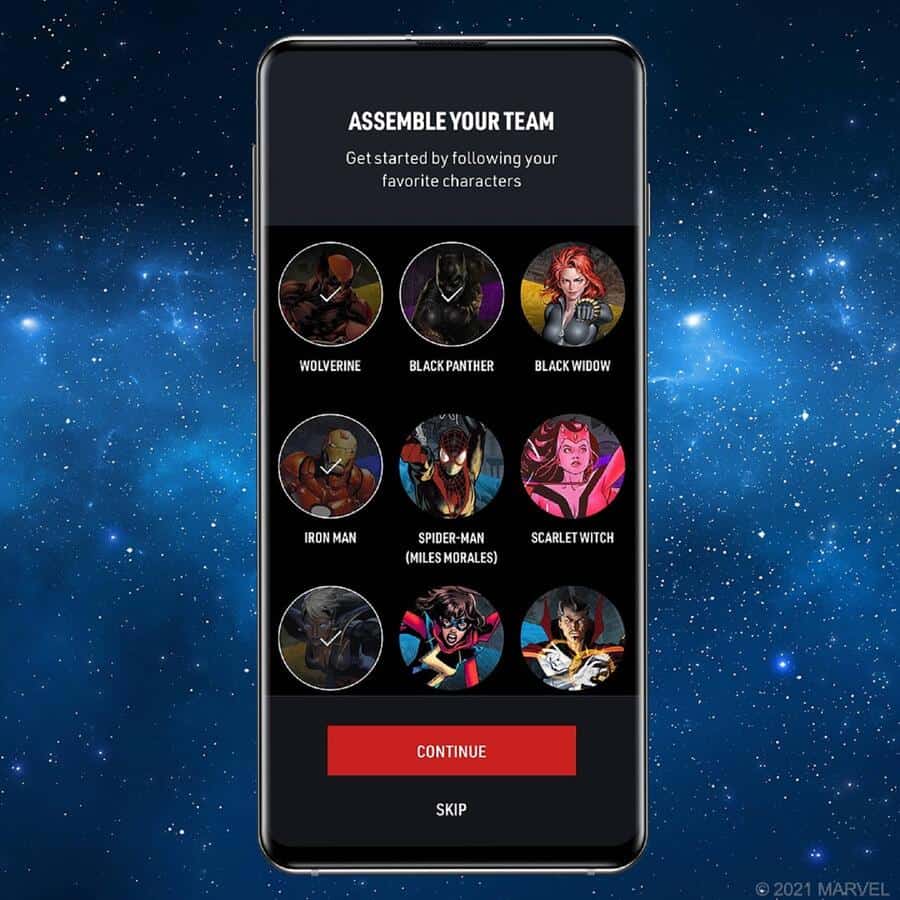 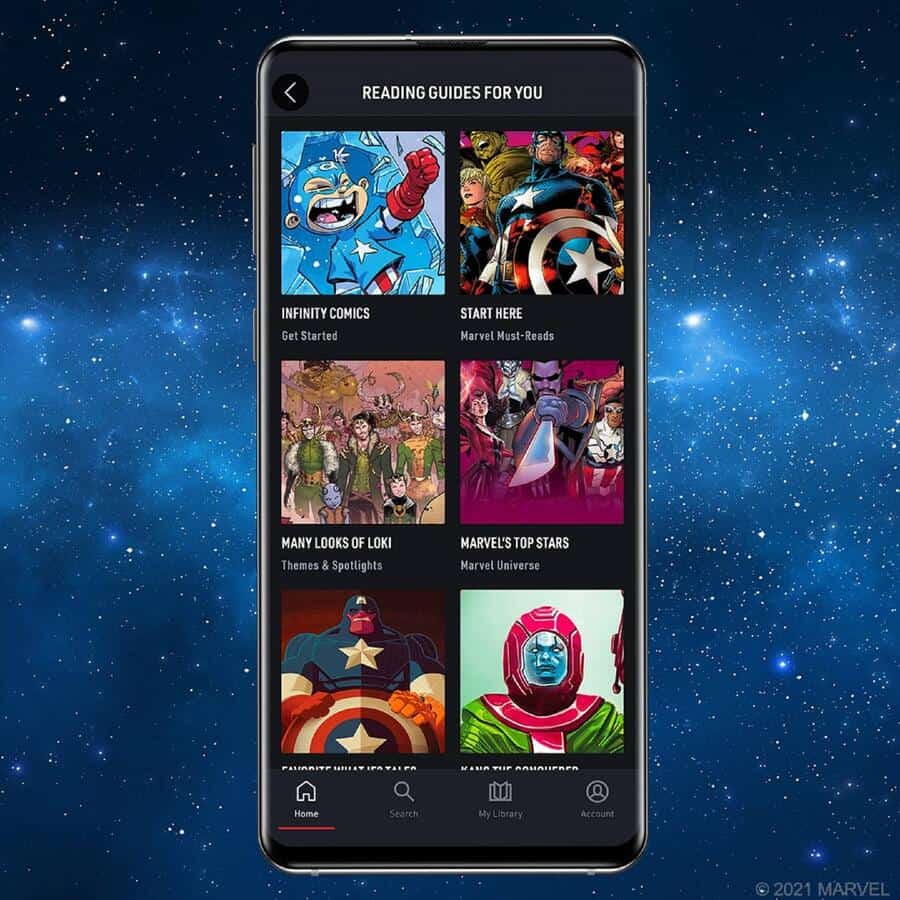 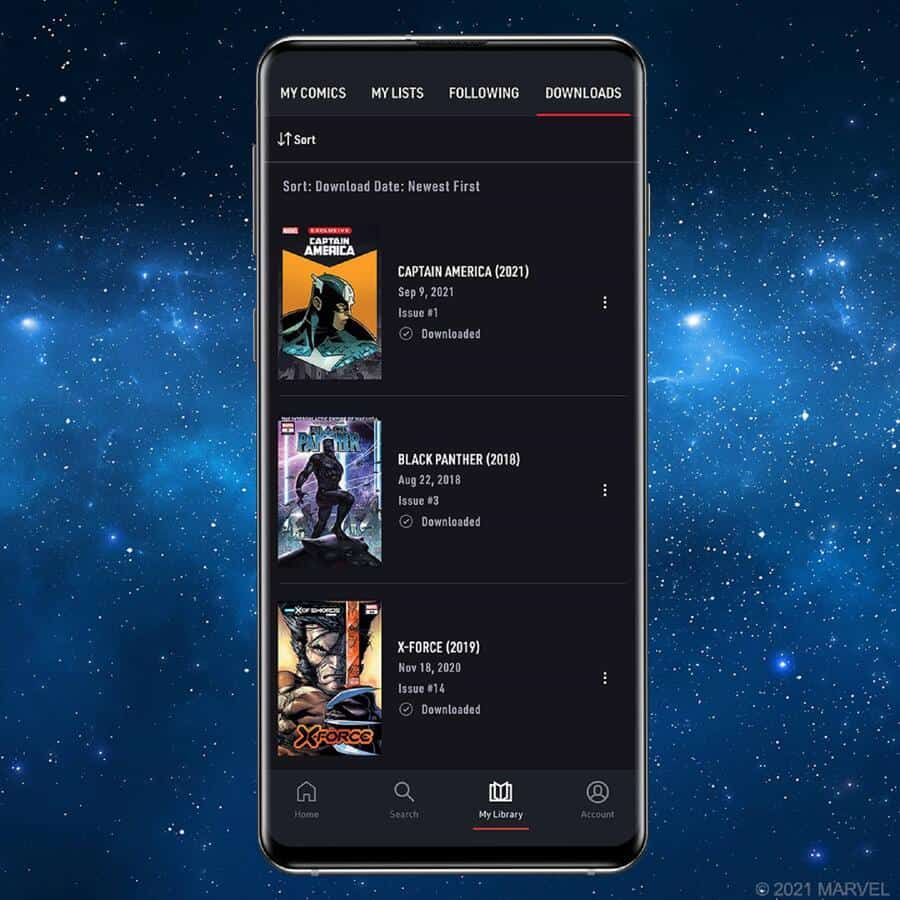 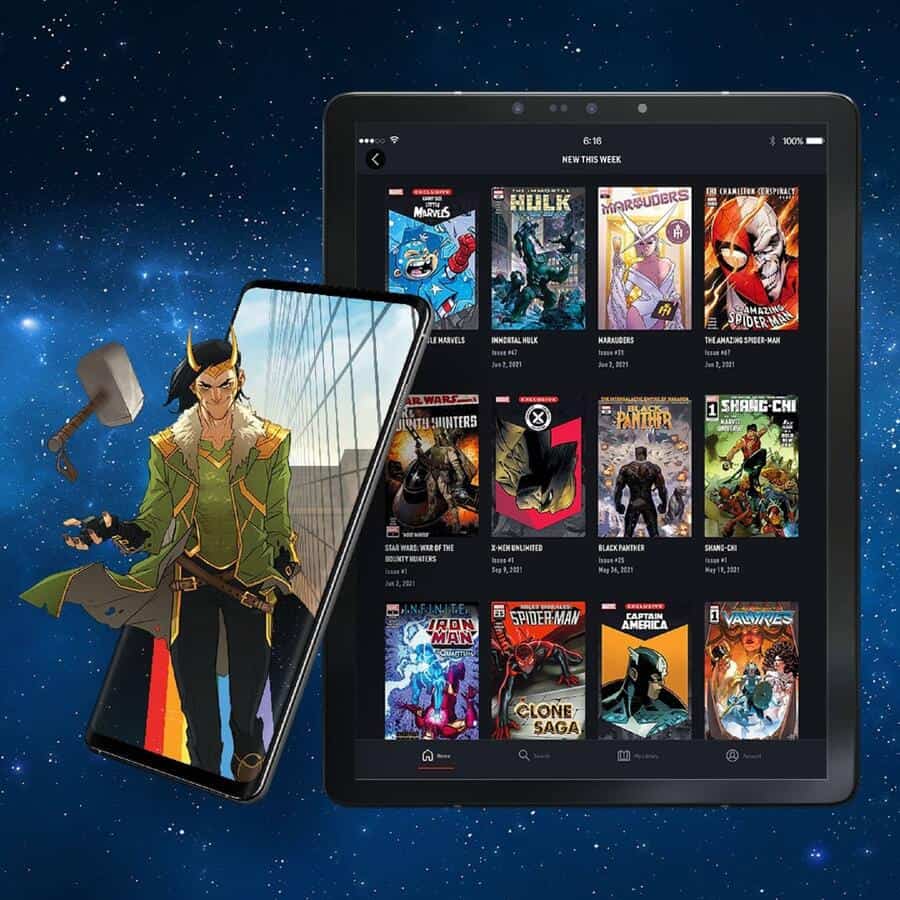 Other features include tracking your progress weekly (or daily), and see how many redeemable Marvel Insider points you’ve earned to get social packs, digital wallpapers, comics collections, exciting fan experiences, and more. From opening a new comic issue to completing one, tally up those

For more information about Insider points and see what rewards are available for you at https://www.marvel.com/insider/home. Not a Marvel Insider? Sign up today.

The new Marvel Unlimited App is available for both Apple and Android platforms…subscription is required.