One of Marvel Comics’ greatest heroes, Black Panther, will get a new origin this fall, in a four-issue series, Black Panther Legends, telling the story of T’Challa of Wakanda and how he became the Black Panther and this time, younger readers will be along for the ride with long-time fans.

An exclusive from SYFY WIRE revealed that Black Panther Legends will be written by  Tochi Onyebuchi (Beasts Made of Night, War Girls) and drawn by Setor Fiadzigbey (Bunheads), presenting Black Panther in a way you’ve never seen before.

Black Panther Legends will explore the moments that made T’Challa who he is, combining elements familiar to his origin while exploring some never-before-seen parts of the story and the character.  The series will begin as the story, not of one Wakandan prince but two, T’Challa and his adoptive older brother, Hunter. While Hunter is the eldest, T’Challa is the one destined for the throne, but both must wrestle to find their place in the changing world. It will also explore events such as T’Challa’s first encounter with Ororo Munroe to the arrival of the Fantastic Four in Wakanda, culminating with T’Challa taking his rightful place in the Marvel Universe.

In the SYFY WIRE piece, Onyebuchi said about the project:

“Origin stories come with a lot of responsibility, especially for a character with as much incredible history behind him as T’Challa. Black Panther Legends is a deeply personal book, and I was given the opportunity to situate T’Challa and his family in a specific political and social context. There’s some really cool stuff in here, but it’s also a book about a family at a very particular time on the African continent. And I’m super grateful to Marvel for giving me the freedom to explore that and to ask, through his character, some very knotty questions about responsibility.”

“We meet T’Challa at a very young and impressionable age. He’s still figuring out his place in Wakanda as well as Wakanda’s place in the world. How that interacts with his sense of duty gives us the major throughline of his journey in this series.”

Marvel Senior Editor Lauren Bisom added that  Black Panther Legends is not only an exciting stand-alone journey for the character, but it’s also only the beginning of something new at Marvel, marking the launch of the new line of stories: Marvel Legends, where stories for young readers and longtime fans alike can explore well-loved origins through a new lens and with new layers added to them.

“I have long admired Tochi’s writing in both the young adult and adult space, so I knew he’d be able to help tell T’Challa’s story in a way that would appeal to younger readers and long-time fans alike,” Bisom said. “He’s just so great and giving us fantastical, adventurous narratives while still being able to really ground his characters in these deeper emotional moments–two things that a story about our young Black Panther really needed.”

“With his beautiful painterly style that exudes energy in every textured stroke, we knew right away that Setor would be the perfect artist to help bring T’Challa’s early adventures to life. Having a picture book background where we’ve seen him incorporate panels in such unique ways, alongside his more traditional sequential stories, we knew Setor’s art would be both sophisticated as well as accessible to readers who might be picking this up as their first comic. There really isn’t another Marvel comic that looks quite like this one will!” 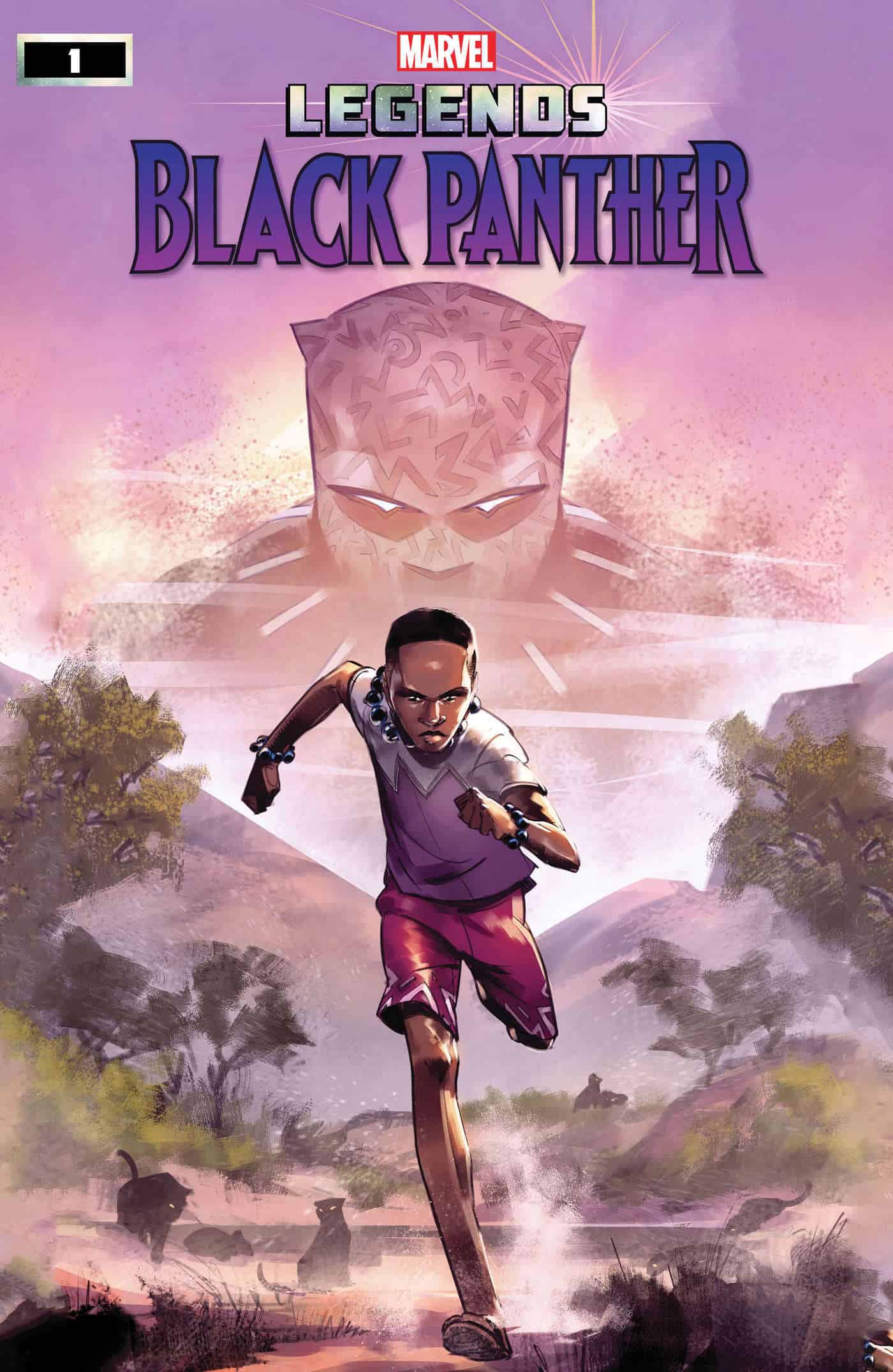 Black Panther Legends #1, arriving in October, is also just the beginning of what Marvel has planned for the new legends line, though they have yet to reveal exactly which characters and creative teams are up next, Bisom did tease,

Stay tuned to Comic Watch for more details as they become available.