This August, Marvel Comics will release the next installment in its far-reaching lineup of one-shots designed to uplift marginalized voices and celebrate the diversity of characters and creators in the Marvel Universe.

This highly anticipated issue will also boast a series of exciting new variant covers by an all-star lineup of artists including Peach Momoko’s spellbinding take on Nico Minoru, a gorgeous depiction of Marvel’s greatest fighter by InHyuk Lee, a celebration of some of mutantkind’s greatest stars by Uncanny X-Men artist Philip Tan, and more!

Editor Darren Shan, said about the project in a press release:

“It’s unreal to me that one of Marvel’s first Asian superheroes, Jimmy Woo, was first introduced in 1956. He predates the Fantastic Four, Spider-Man, and the X-Men. It just goes to show that Asians have been an integral part of Marvel’s history, both on the page and behind it. So I’m incredibly excited to celebrate that with all these amazing creators, new and established, featuring some of Marvel’s greatest (and dare I say it, best) super heroes!”

Check out all six covers now and visit Marvel.com for a special sneak peek at the stories 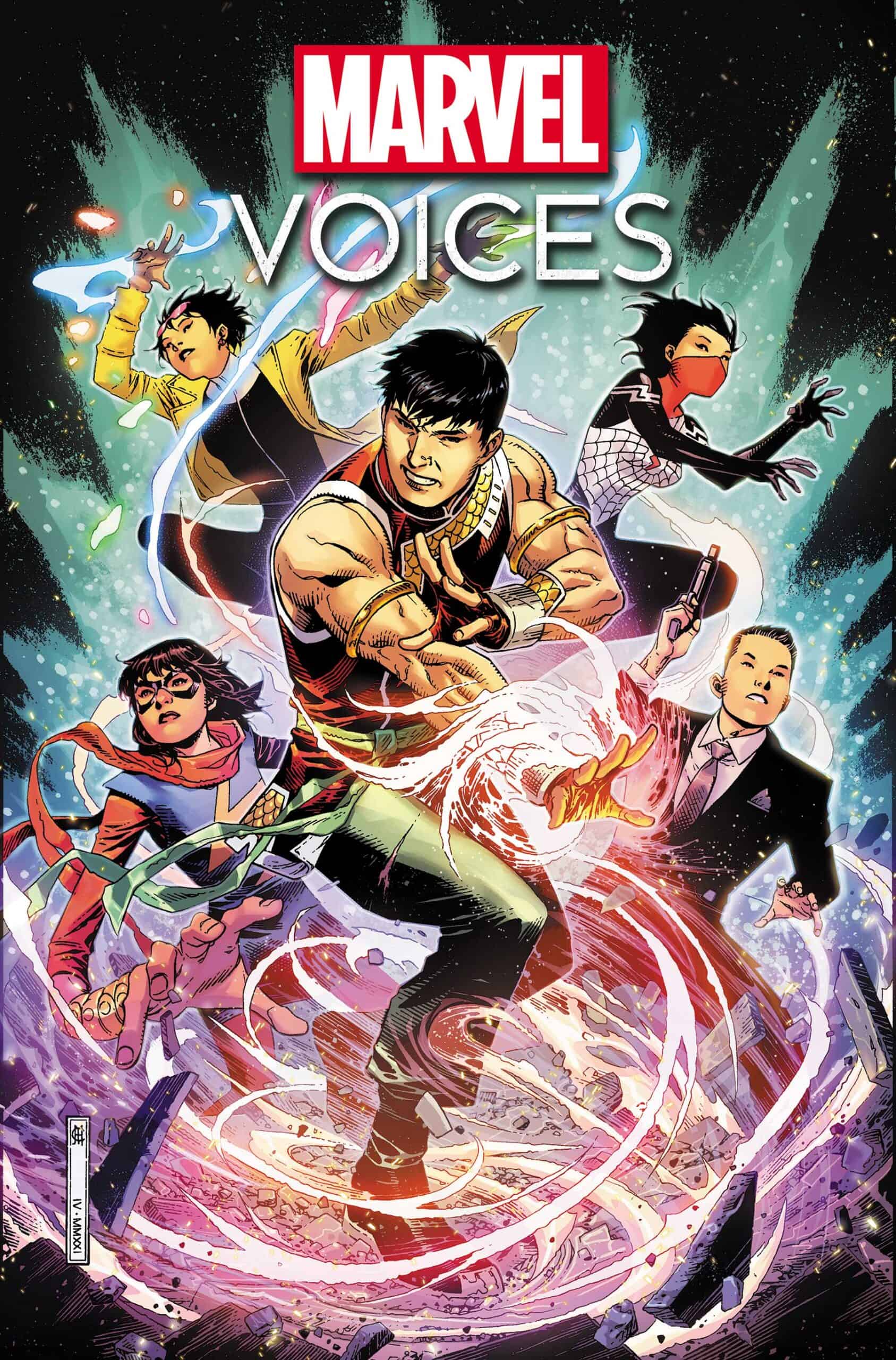 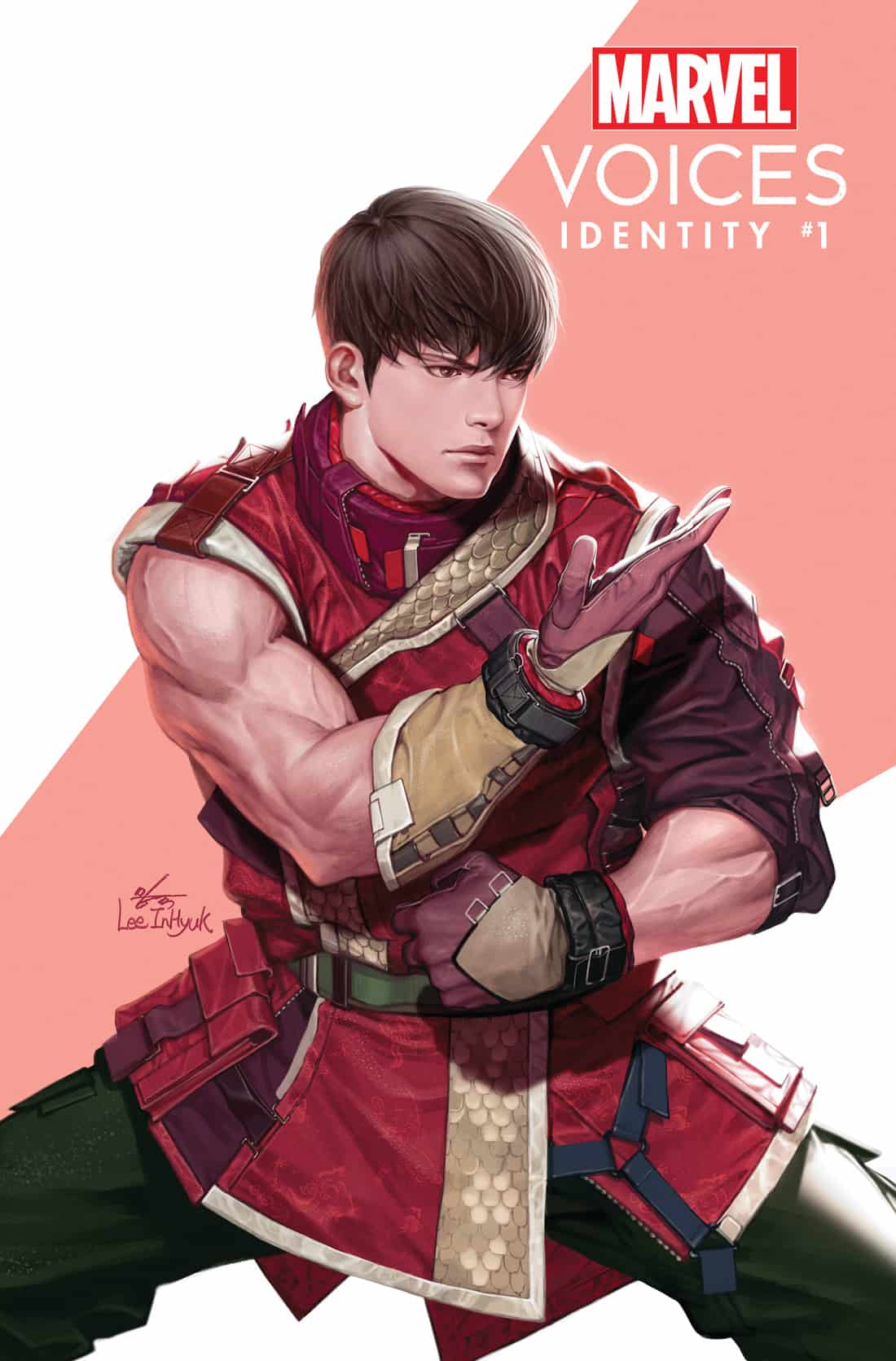 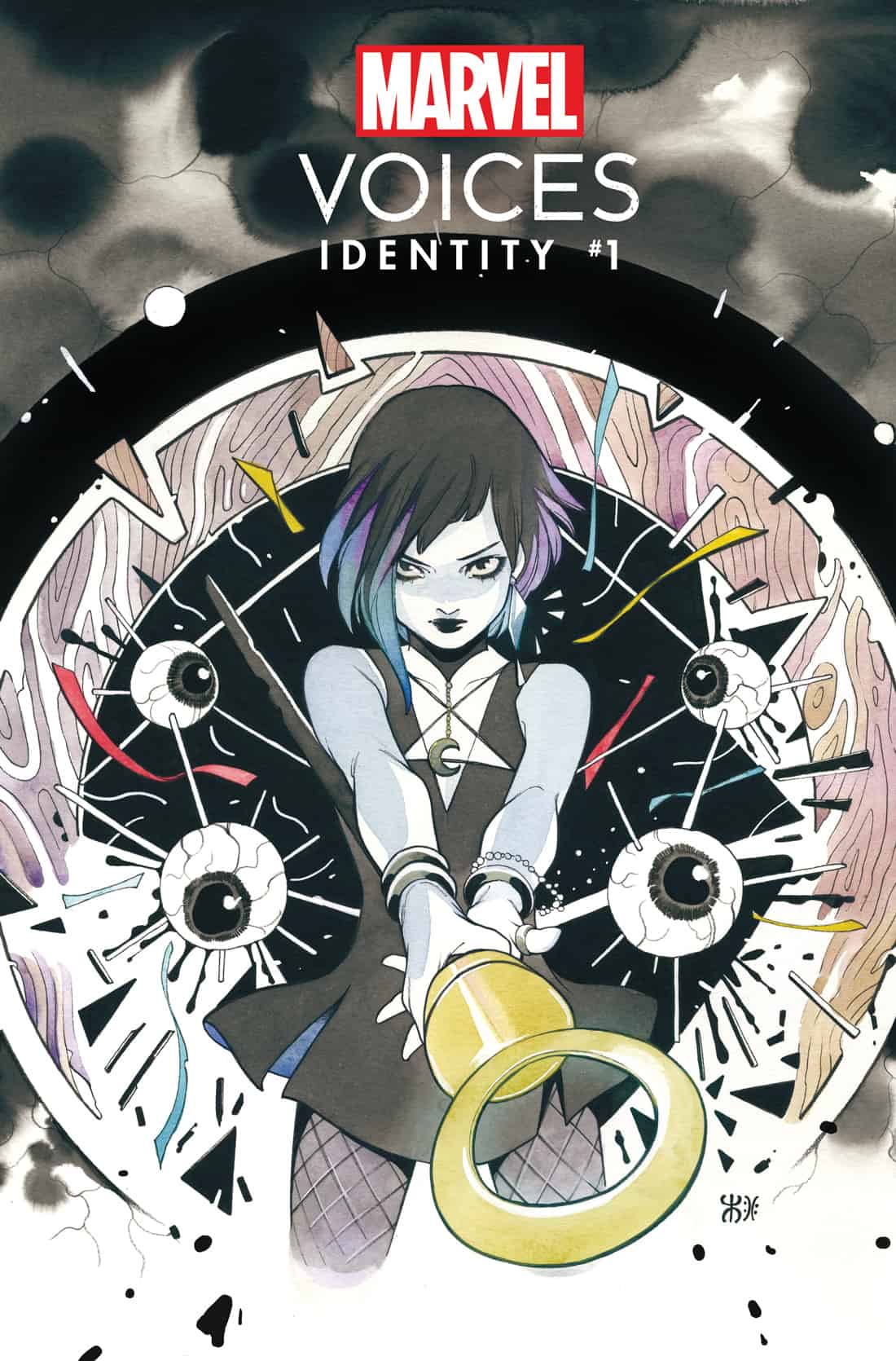 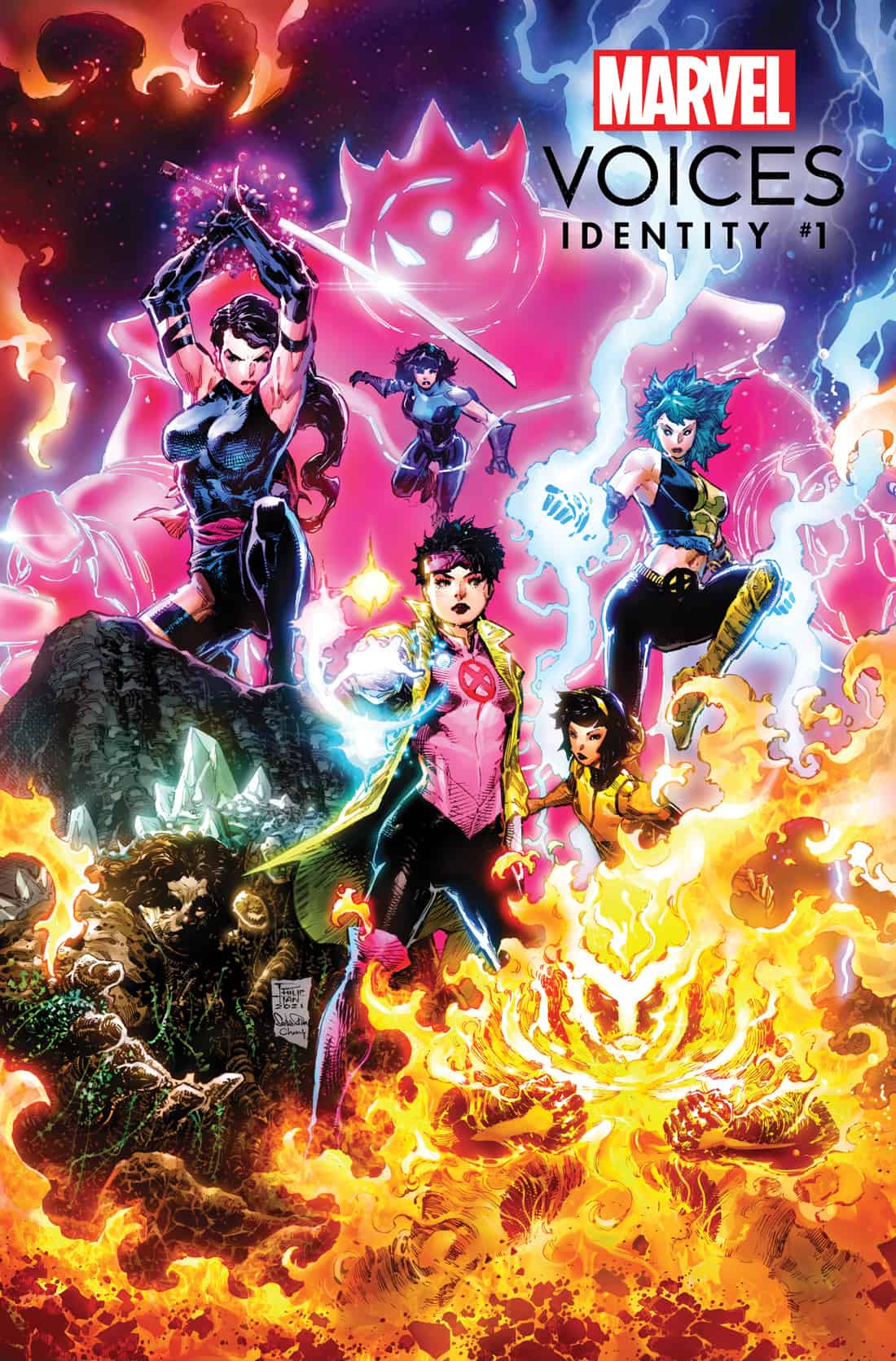 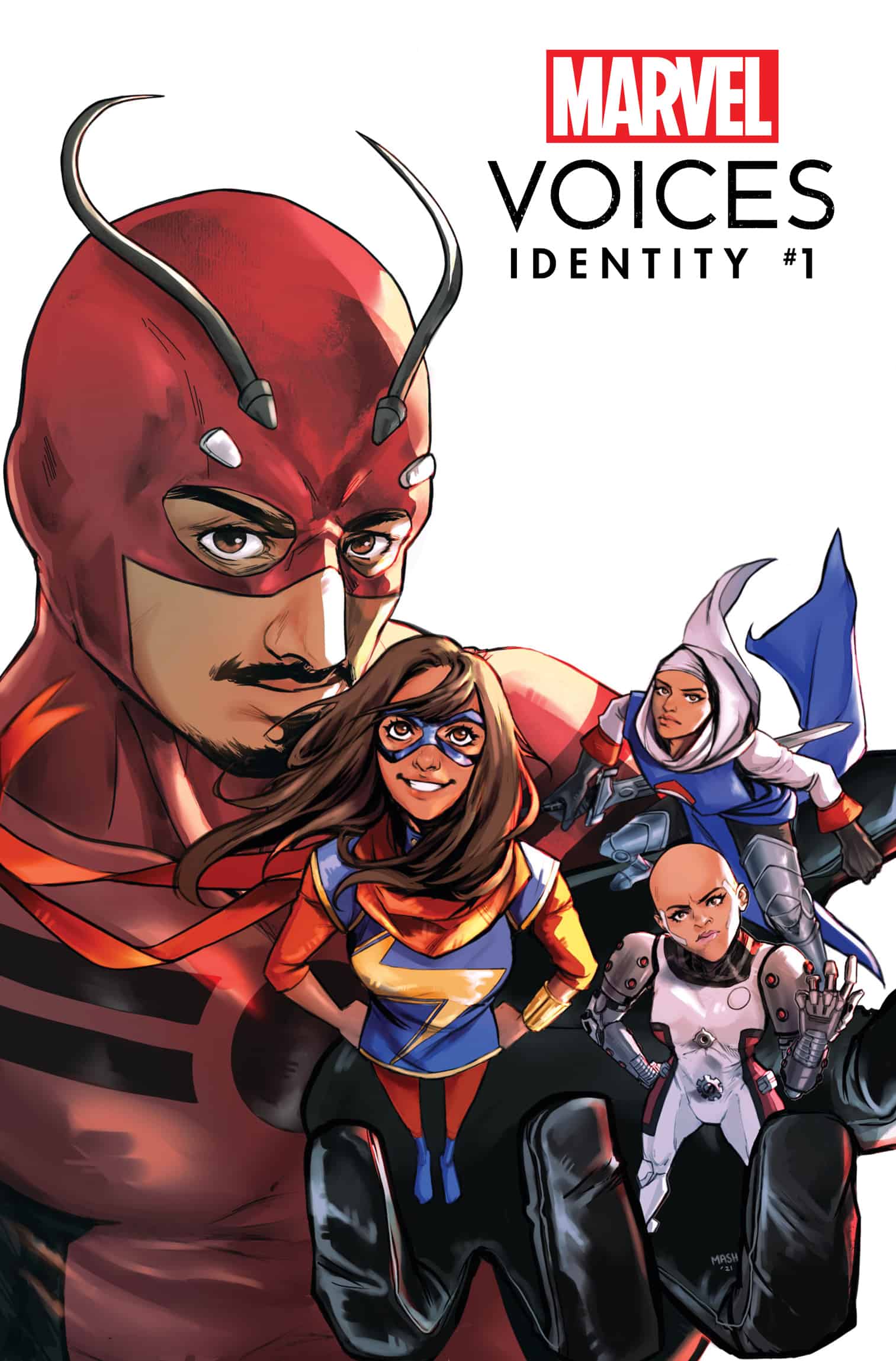 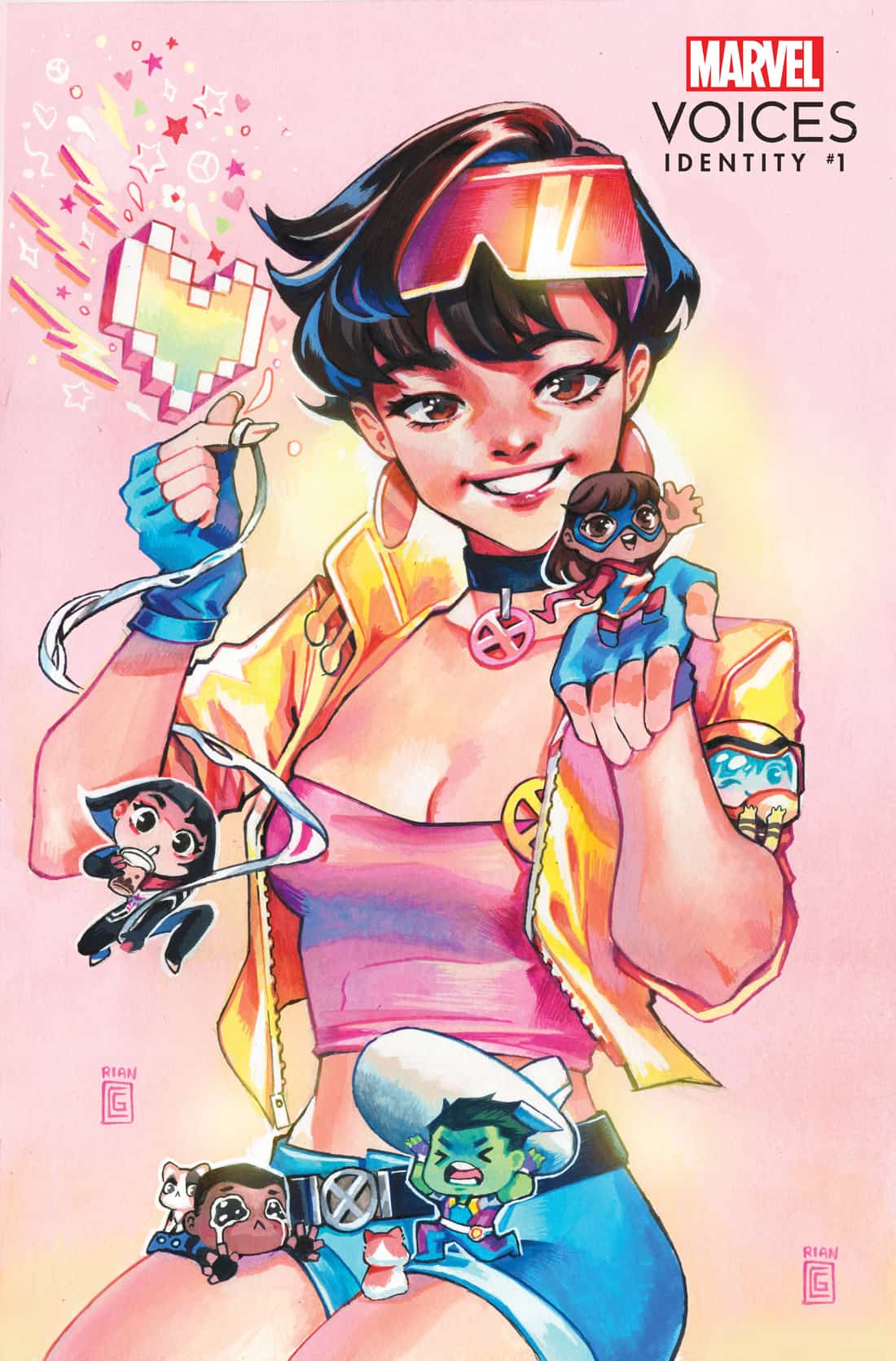 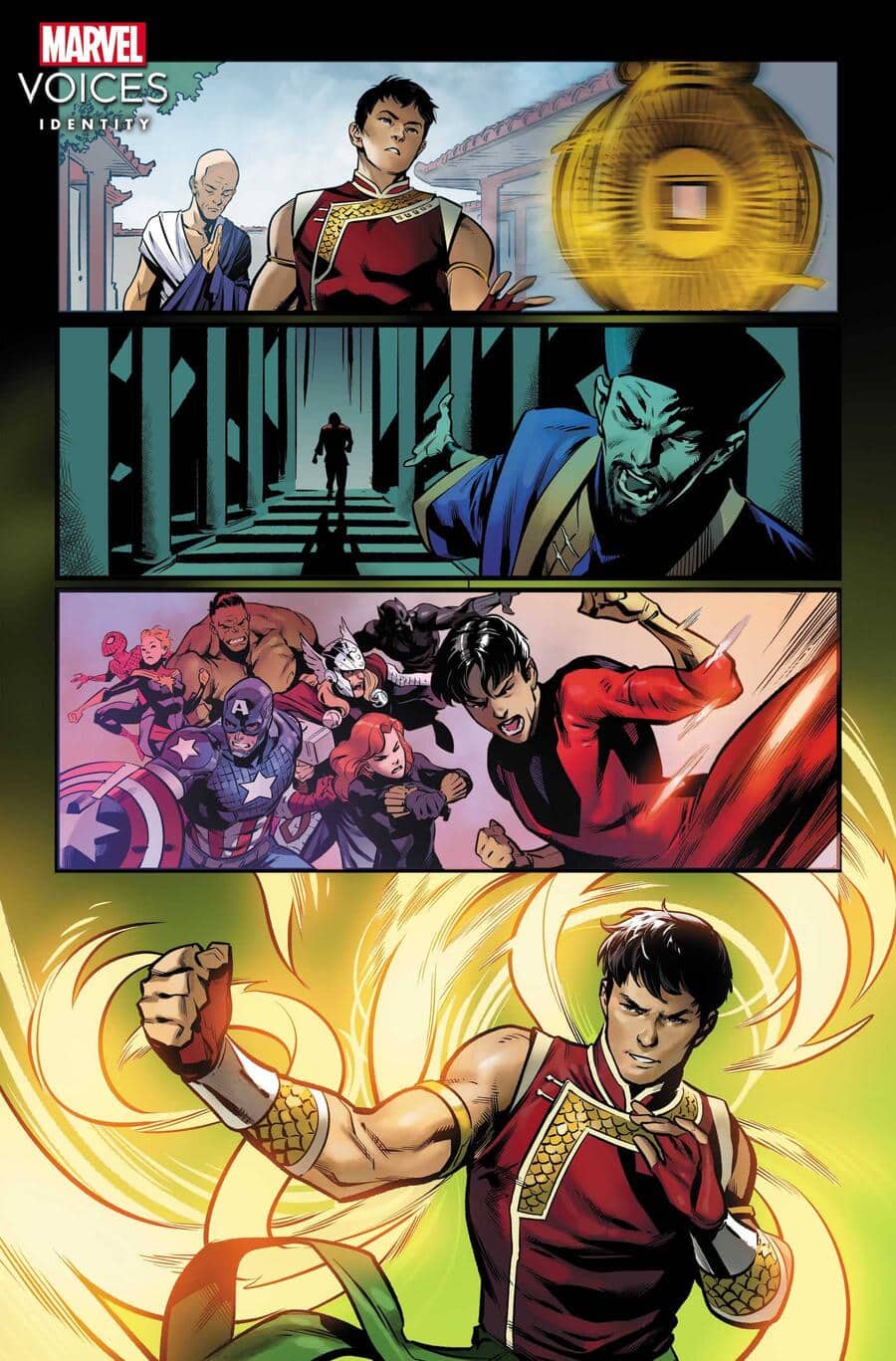 “Jubilation Lee was an important character for me growing up as an Asian American kid in the ’90s,” says Strain, “so it’s an incredible feeling knowing that I’ve been able to directly contribute to the development of her character and history.”

“I’m thrilled to be writing Silk again for this anthology highlighting AAPI Super Hero voices! It’s timely, yes, but also representation we could use all the time,” says Goo. 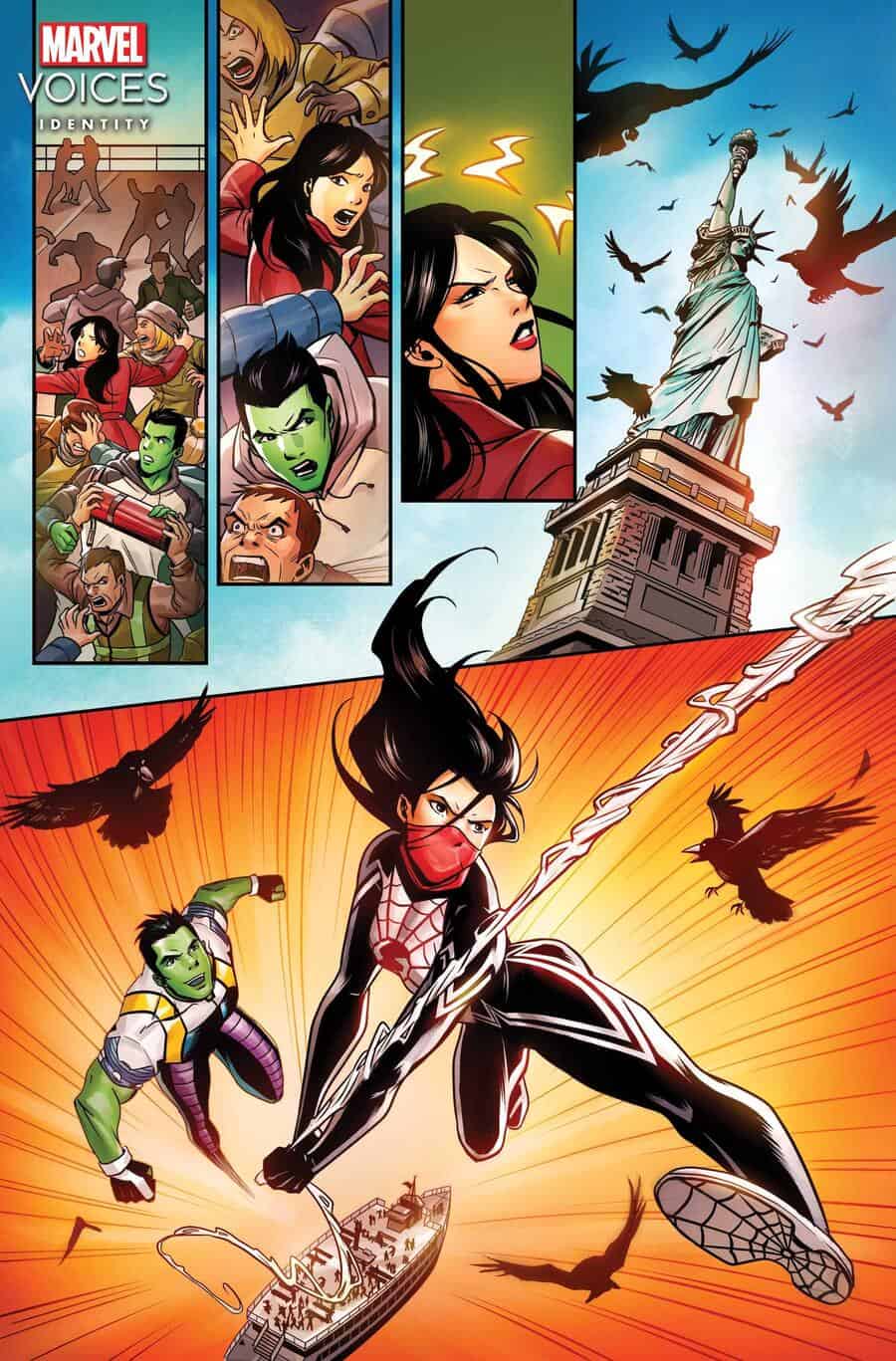 “It’s a real honor to be able to represent the Asian community by working on this Jimmy Woo short with Darren Shan, Greg Pak, and Brian Reber,” Lee says. “Creating this story was an amazing experience, and I still can’t believe MARVEL’S VOICES: IDENTITY is my debut at Marvel. I am so thankful for this unique opportunity and hope you enjoy the story!” 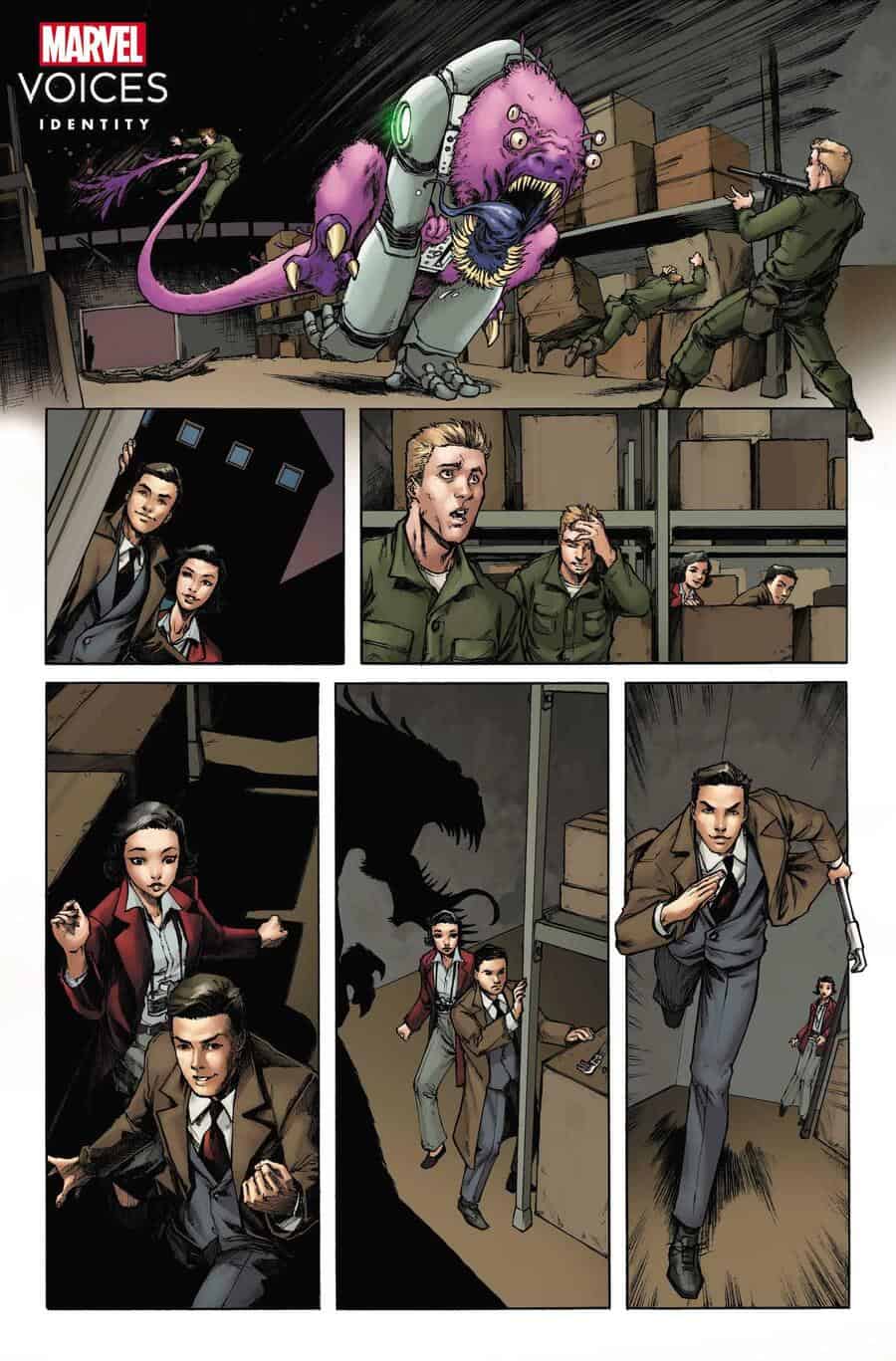 “This story I’m getting to tell featuring Ms. Marvel is a deeply personal one in which Kamala faces difficult questions about how to identify with a place that is so fundamental to who she is and yet it can feel foreign at the same time — a challenge that I often face, myself,” says Pirzada. “It’s an honor to tell this story alongside such talented creators. This is something I’ll get to enjoy as a creator and a fan at the same time — a new first for me!”

“Ms. Marvel has always been so down to earth and relatable to me and many others in her experiences,” adds Ahmed, “and I’m super happy to have had a part in telling this special story!” 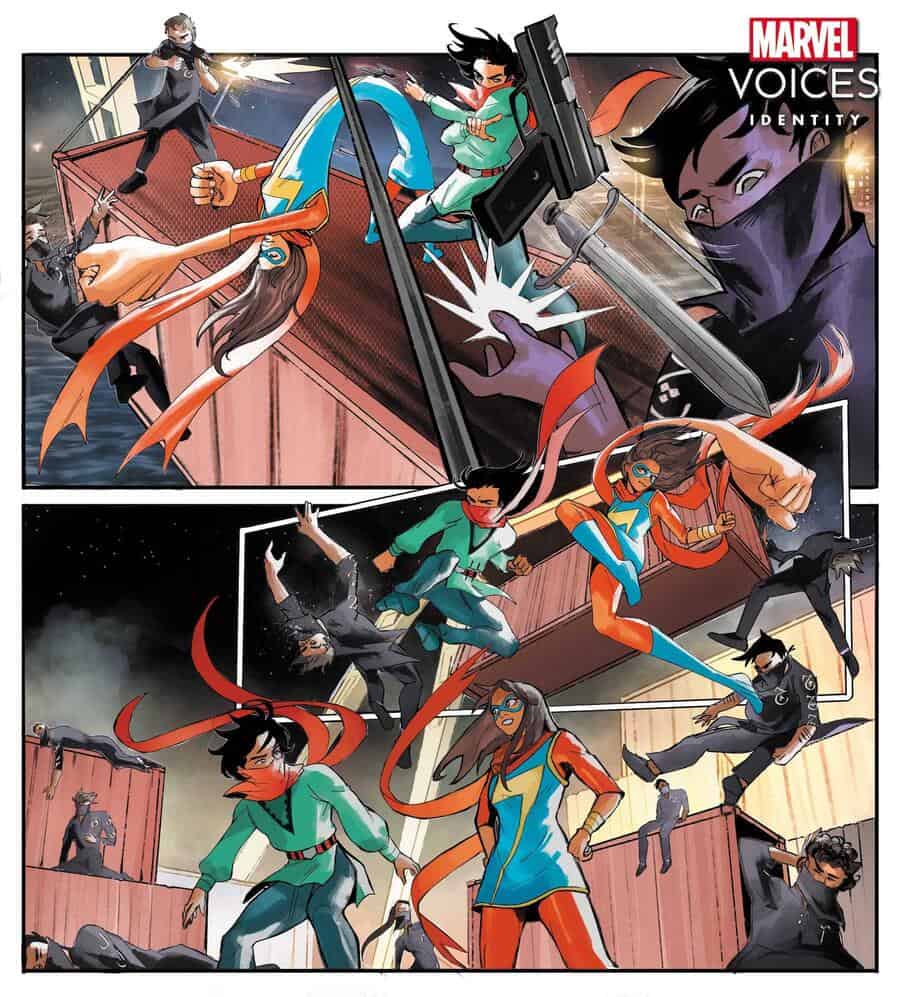 “If someone had told me that I’d be published by Marvel this year, I wouldn’t have believed them,” Holt says. “I’m so honored by the opportunity to showcase an underrepresented character like Silhouette, and to add to her story in a meaningful way.”

“Jeremy Holt tells a beautiful and detailed story about bravery, vulnerability, and love, which makes it easy for me to pour all my heart into,” notes Firmansyah. “The story really speaks to me and I hope my line art resonates back to all of you.” 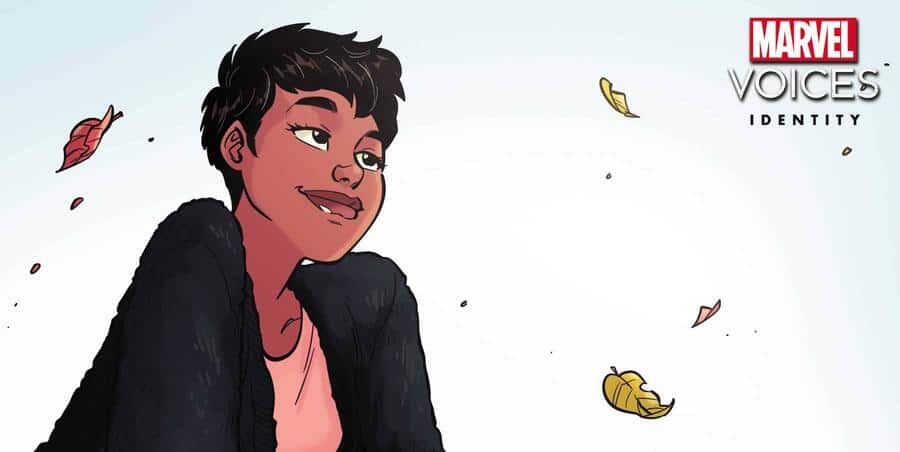 Wong: “Wave is special to me.” begins Wong. “My very first Marvel story was about her and Aero, and as a Filipino American, having the chance to write a Filipino superhero was incredible. So when Darren asked me to write a Wave story for this project, with Whilce Portacio, I was stoked! Whilce is a legend and I’m honored to work on this Wave and Bishop team-up story with him. With Jay David Ramos on colors, we have a whole team of Filipino creators on this story. And that’s just so cool.” 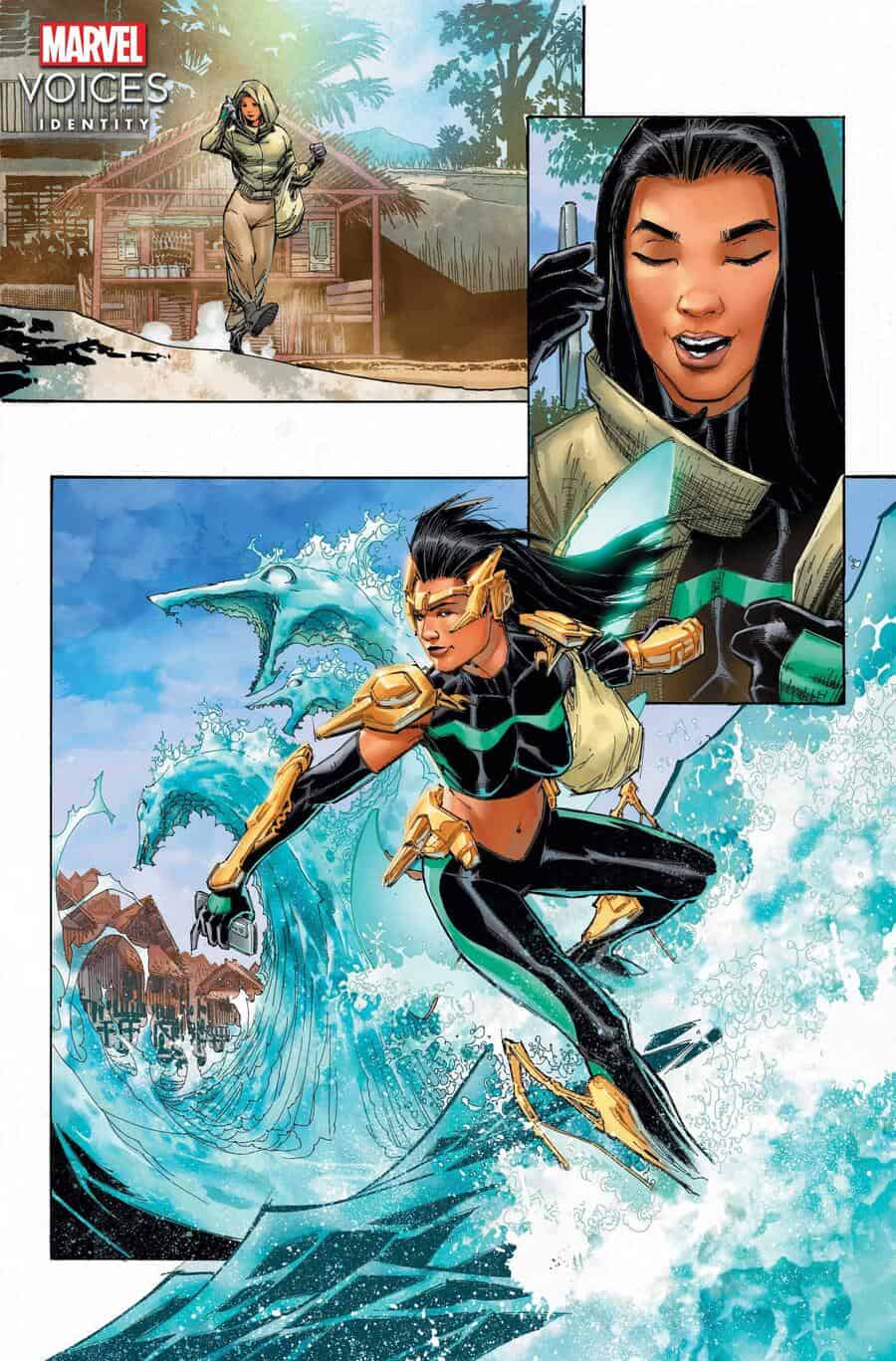 “It’s been a very rewarding experience, where for once it’s possible to talk about certain subjects that I think would otherwise maybe not fit a regular issue,” says Nimura.