On the eve of Iron Man’s 60th Anniversary It all ends here?

Tony Stark, the genius-billionaire-playboy-philanthropist, has lost it all: his wealth…his fame…his friends. But Stark doesn’t realize he still has so much more to lose, especially when a mystery villain puts out a hit on him! Every assassin around the Marvel Universe has come out of the shadows for Tony — and he has no idea who hired them! Will this cavalcade of killers close the book on Iron Man? It’s the beginning of the end, as the Golden Avenger must fight for his life and find out what it really means to hit rock bottom.

This December. writer Gerry Duggan (X-Men) and artist Juan Frigeri (Avengers) will kick off a new run of IRON MAN’s solo title that will bring Tony Stark to his darkest depths only to rise greater than ever before!

INVINCIBLE IRON MAN will follow Christopher Cantwell’s thought-provoking run on the title that concludes in November’s IRON MAN #750, the upcoming milestone issue that will give fans their first glimpse of what’s to come in this new chapter.

The ongoing series will begin with Tony reflecting on the highs and lows of his 60 years of history, including digging up some classic armors and confronting old wounds, to overcome a devastating defeat at the hands of a Marvel villain who’s been making big waves throughout the Marvel Universe recently.

In a press release from Marvel, Duggan said about  the upcoming series:

“It’s my privilege to try and follow Christopher Cantwell and his collaborators’ stellar run on IRON MAN heading into an anniversary year. Juan and I are going to introduce a new menace that is gunning for Tony Stark and his greatest creation. We have an epic tale for Stark and plans for old foes, including flashbacks to some of his classic armors. How about a little Silver Centurion for his diamond anniversary? Armor up, you’re gonna need it.”

Check out the cover by Kael Ngu: 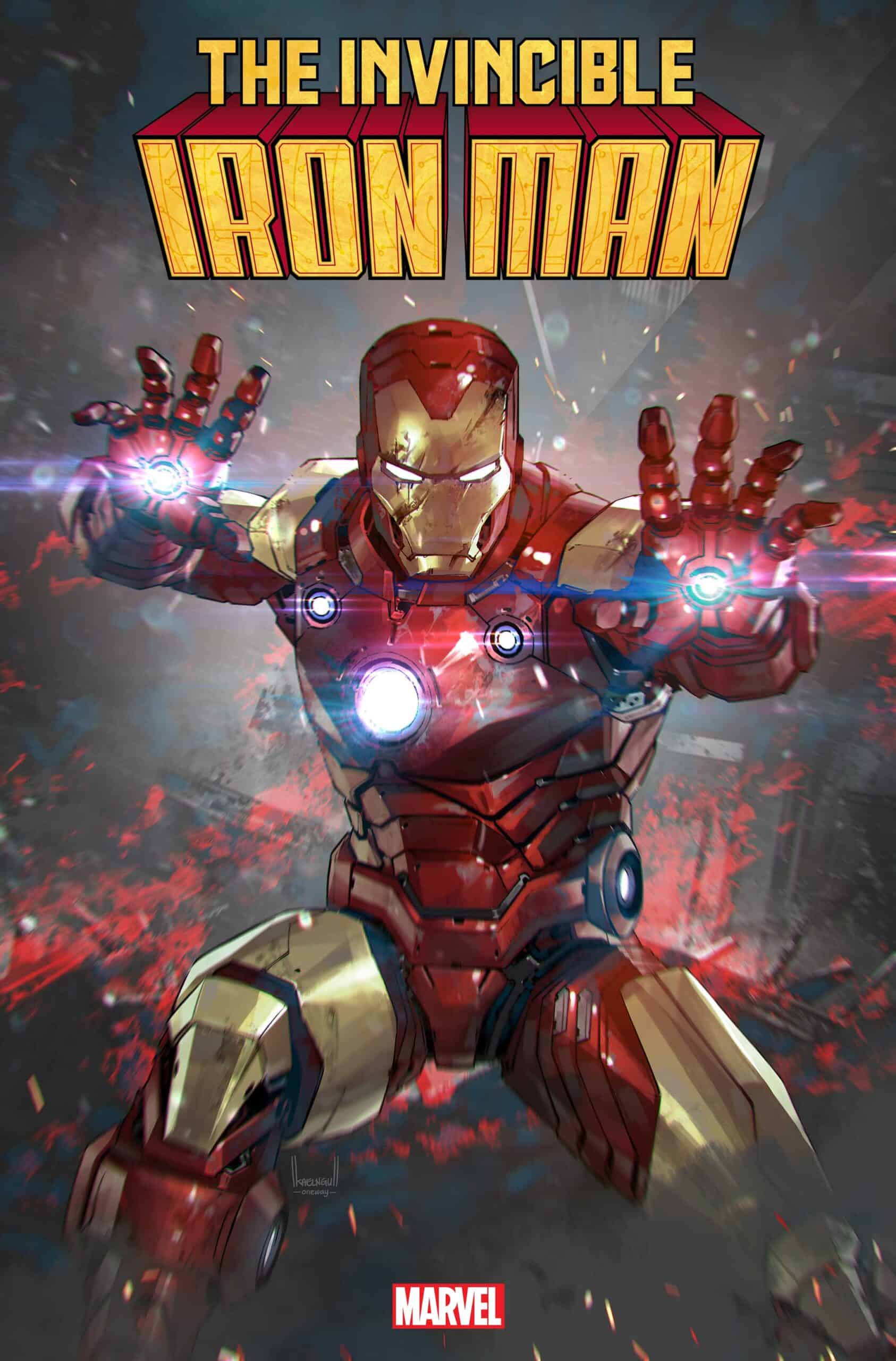 Stay tuned for more news about the title launching this December and for the other ways Marvel Comics will be honoring Iron Man’s 60th anniversary next year.