If there’s one thing Kevin Feige and Marvel are good at, it’s delivering.

Hall H is famous for its grandiose personalities and amazing announcements. And nowadays, there’s none more grandiose than Kevin Feige and the Marvel Council of Creators.

On July 23rd, 2022 Kevin Feige took to the stage of Hall H and presented us, the world, with the next three years of movies and shows. And it was… a LOT. In the best way possible. So let’s break this down real quick:

Phase 4 is officially ending with Black Panther: Wakanda Forever. Phase 5 will begin next year with Ant-Man and The Wasp: Quantumania on February 17th, 2023. And because Marvel is nothing if not forward-thinking and twenty steps further ahead than anyone realizes, Phase 6 will begin with Fantastic Four on November 8th, 2024.

To begin, we’ll run down the final Phase 4 items: She-Hulk and Black Panther.

For She-Hulk we got what will most likely be our final trailer before the show comes out on August 17th on Disney+. We got hints of her fourth wall-breaking antics, her Hulk training with Bruce and various characters that will show up throughout the show. A certain blind lawyer will also be appearing.

She-Hulk fans will recognize the ‘back issue’ room from the early 2000s Dan Slott run among many things snuck into the quick moving moments in the trailer!

There isn’t much one could say about the finale of Phase 4 beyond watching the trailer linked below.

Folks, this one is gonna be HEAVY. A prologue comic for the movie will also be dropping on Monday, the 25th.

Ant-Man and The Wasp: Quantumania

Ant-Man 3 will be opening up Phase 5 on February 23rd, 2023. Before the panel it was confirmed we will be seeing Cassie Lang (played by a newly cast Kathryn Newton) suit up in the movie to fight alongside Ant-Man and The Wasp to battle Kang. It was also confirmed during the panel that MODOK will be appearing in the movie. A trailer debuted, but Marvel has not made it public.

Footage was shown during the panel that had multiple moments, one of which was Scott Lang confronting Kang, where it is confirmed that Kang has fought another group of Avengers before.

Guardians Of The Galaxy Vol. 3

The next movie after Ant-Man will be the 3rd Guardians of The Galaxy, which is said by James Gunn to be the end of this era of the Guardians. Maria Bakalova was announced to be Cosmos the Space Dog, who we last saw in Guardians vol. 1. A trailer was debuted, but was not made public. The villain of the movie was revealed to be the High Evolutionary, played by Chukwudi Iwuji, who appeared in full costume and in character.

Gunn said that this movie will go into the origin of Rocket Raccoon, part of which was in footage shown during the panel.

We got confirmation that Secret Invasion will be releasing Spring 2023. Cobie Smulders, Samuel L. Jackson and Don Cheadle will be returning as their usual characters. An exclusive trailer was aired amid comparisons to Winter Soldier in terms of tone.

The Captain Marvel sequel/Ms.Marvel follow-up has been pushed back yet again, and is now slated for July 28, 2023.

Echo was confirmed to be releasing in Summer 2023, continuing the breakout character from Hawkeye.

Loki season 2 will be arriving on Disney+ Summer 2023 as well.

Ironheart will be releasing Fall 2023 on Disney+.

Agatha’s movie has been changed from House of Harkness to Coven of Chaos and will be releasing Winter 2023 on Disney+.

Charlie Cox will be returning in his own show in Spring 2024 on Disney+ that will go for 18 episodes. Vincent D’Onofrio will return as Kingpin as well. Kevin Fiege confirmed that the 18 episodes will cover the first, and thus far, only announced season of this new Daredevil show. And as longtime fans know, anything Daredevil-related that has to do with the seminal “Born Again” storyline is going to potentially be HUGE.

The fourth Captain America movie will be in theaters May 3rd, 2024, with Sam Wilson (Anthony Mackie) continuing his journey as Steve Rogers’ successor.

Thunderbolts will round out Phase 5 on July 26, 2024. Expect U.S.Agent, Yelena Belova, and Valentina Allegra de Fontaine to continue their onscreen journeys. 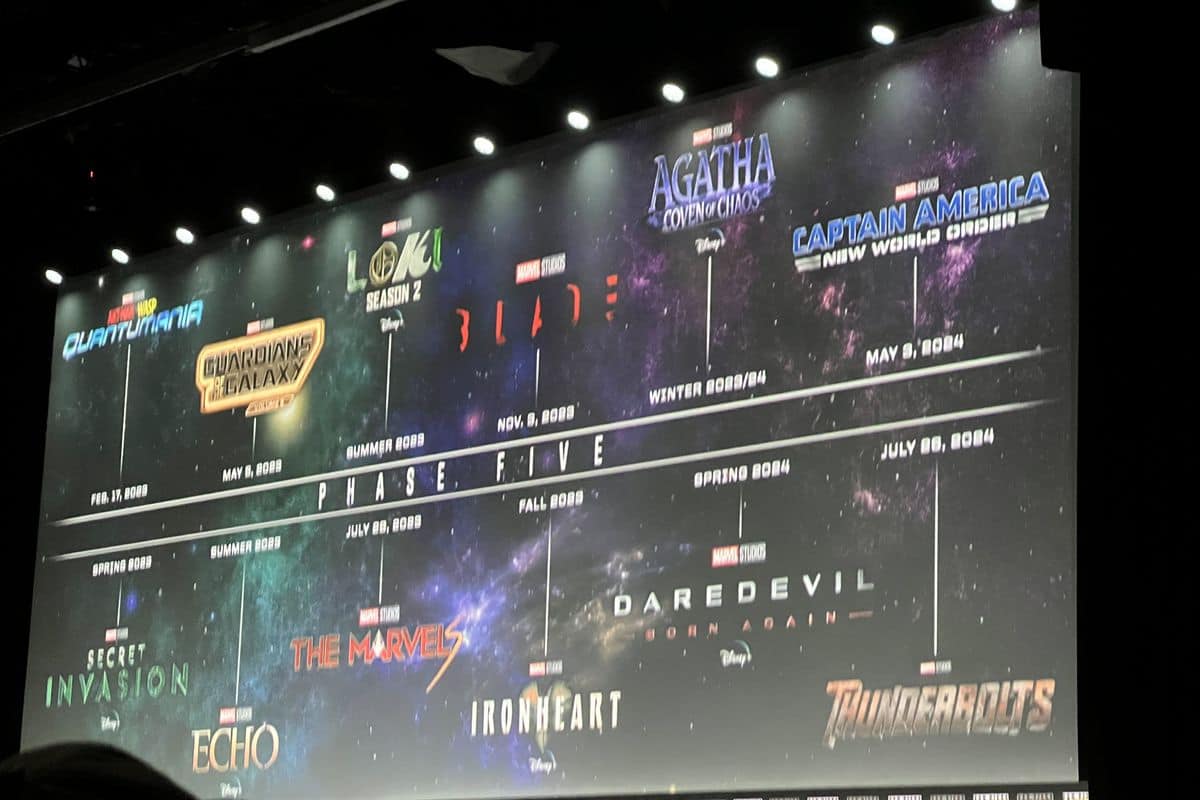 Phase 6 will start with Fantastic Four on November 8th, 2024 and end with Avengers: Secret Wars November 7,2025; which will be preceded by Avengers: Kang Dynasty a few months earlier on May 2, 2025. Feige clarified that the Russo Brothers will not be returning to the Avengers franchise for these two films. 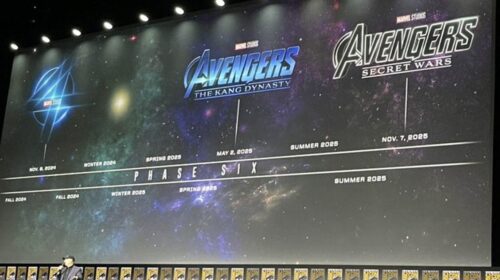 Phase 4, 5 and 6 have been dubbed The Multiverse Saga and will be over come the end of 2025 as of this moment. 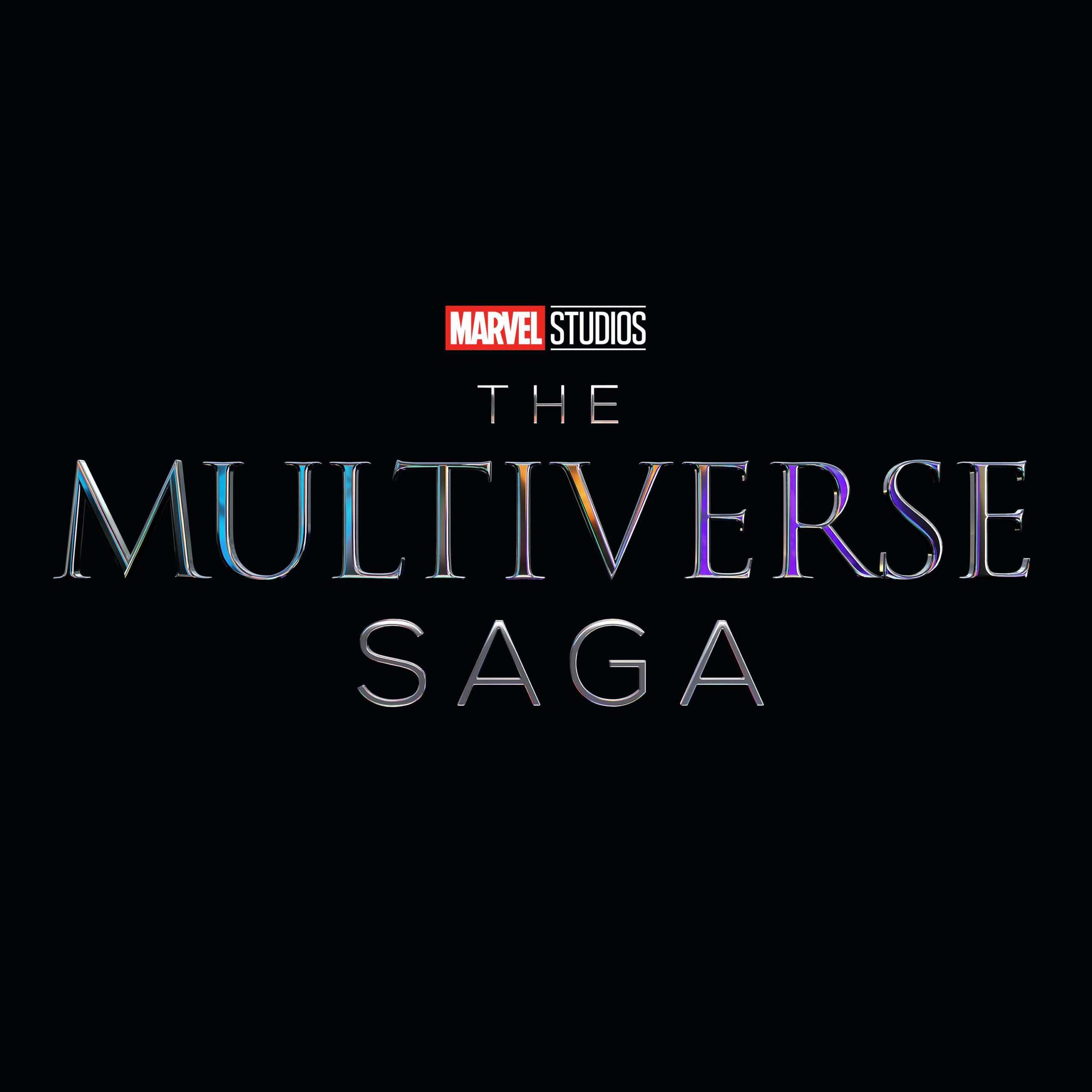