As revealed today on Marvel.com’s The Pull List several new and exciting comics will be joining the line up this September!

Marvel Earlier teased this team with the tag line No Compromise. No Mercy and here they are… 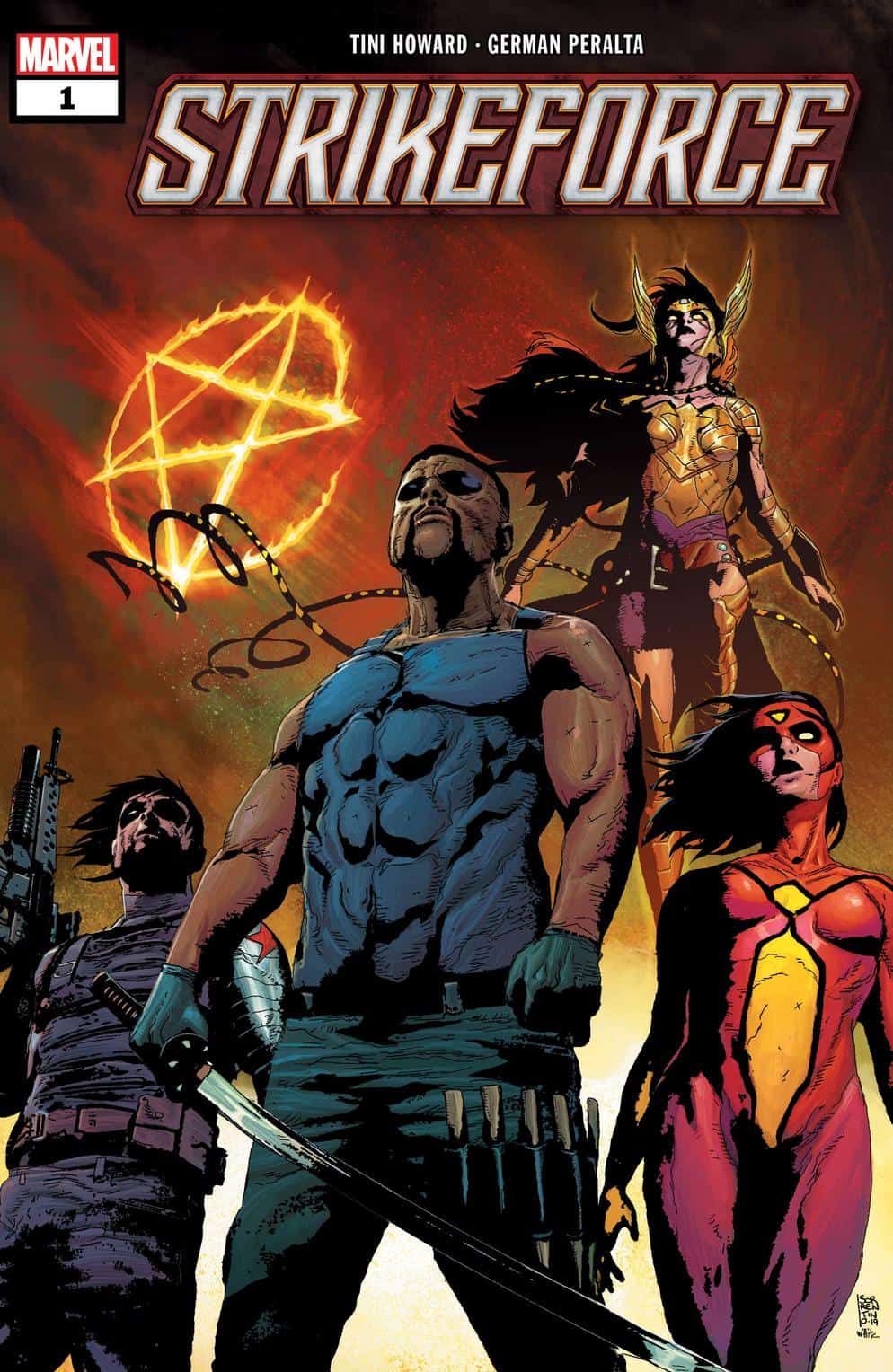 Doing the dirty jobs the Avengers and other Marvel heroes can’t do!

Angela, Blade, Spider-Woman, Wiccan, the Winter Soldier, Monica Rambeau, and Daimon Hellstrom join forces for a monsterrific bloodbath from the dark mind of rising star Tini Howard. Prepare for a tale from the underside of the Marvel Universe in STRIKEFORCE!