Marvel has released a mysterious teaser today which features the image of vampire hunter and current Avenger member Blade along with the words NO COMPROMISE. NO MERCY.

At first, we here at Comic Watch thought it may be to promote the upcoming Wolverine vs Blade one-shot by Mark Guggenheim and artist Dave Wilkins but that’s only out in July. Another suggestion was perhaps this indicates something about the next endeavors of the Avengers but they had vampire shenanigans as recently as March so what could it be? Very possibly Marvel may be looking at resurrecting Blade in some sort of solo mini-series in celebration of 80 years of Marvel? Whatever the case all apparently will be revealed on Marvel’s THE PULL LIST next Tuesday the 11th of June. 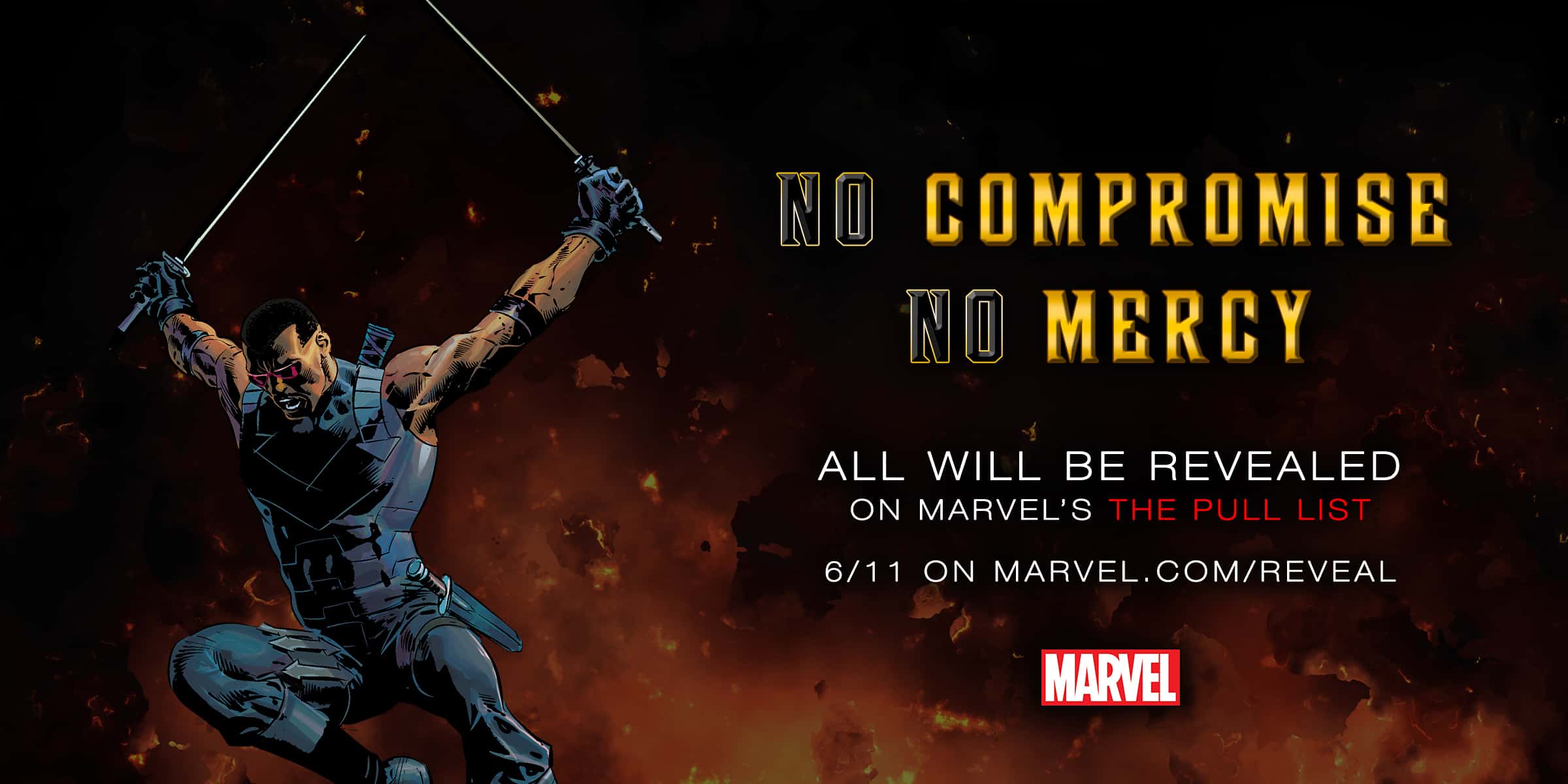 NEWS WATCH: Marvel and Blade Promise NO COMPROMISE. NO MERCY????