Marvel has released the first episode of its first podcast crossover, Marvel’s Wastelanders, which connects its previous series, Marvel’s Wastelanders: Hawkeye, Black Widow, Wolverine, and Doom. It sees the four characters, living in a future wasteland similar to the one seen in Old Man Logan, as they come together to try and stop Valeria Richards.

In the series, Wolverine, Black Widow, Star-Lord, Hawkeye, and Doctor Doom will team up to stop Valeria Richards. She is the smartest woman on Earth, immortal and lonely beyond reason. After surviving a rain of nuclear missiles in Southern California and gaining possession of the reality-warping Cosmic Cube, she was driven to the brink of madness.

Something mysterious is unfolding in this irradiated “Dead Zone,” and it’s up to our heroes to find out what, and to stop Valeria from committing an act of ultimate evil. 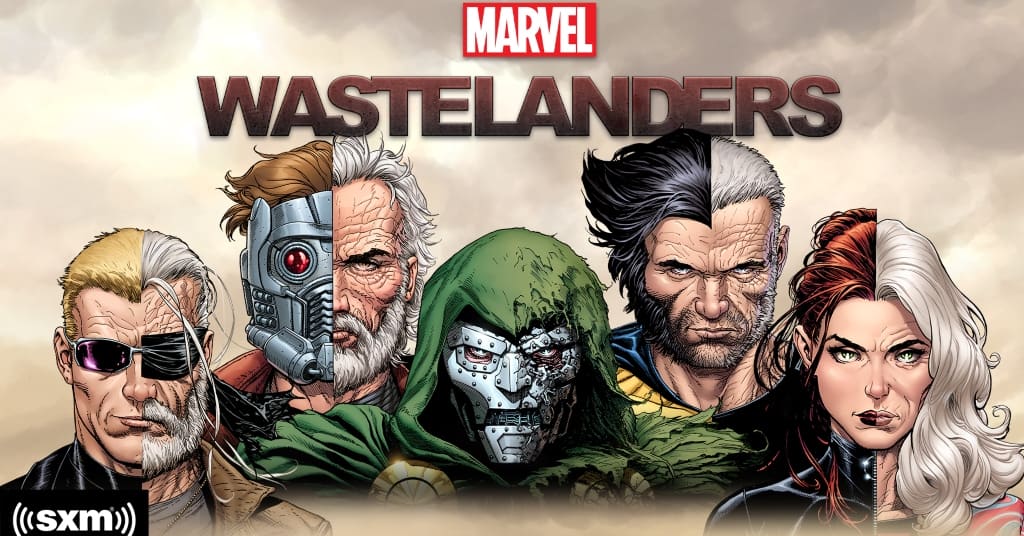 The new story features an incredible line-up of talent and brings back the big-name stars that appeared throughout the Wastelander adventures, including Timothy Busfield as Star-Lord, Stephen Lang as Hawkeye, Susan Sarandon as Black Widow, Robert Patrick as Wolverine, and Dylan Baker as Doctor Doom.

Series director Kimberly Senior, said in a press release about the final installment of THE WASTELANDERS series:

“Working in the aural sphere challenges us all, artists and listeners, to expand our imaginations. The series is equal parts hilarious and deeply moving, navigating big questions around grief, power, loyalty, and trust. Directing the final installment and bringing together the astounding talent from previous episodes made for a deeply textured experience with all the webs of relationships and stories we’ve developed over the series.”

“One of the most thrilling aspects of Marvel storytelling — whether as an audience or a creator — is when separate story threads weave together to create something rewarding for fans, that still somehow stands alone. This series unites talent from across all our Wastelanders podcasts for a truly epic team-up.”

The podcasts join the audio dramas Wolverine: The Long Night & The Lost Trail, and Marvels in the collaboration between Marvel and Sirius XM and are available both on Sirius XM’s service, along with podcast apps of choice. Each of the respective series also received a comic book adaption, bridging the audio and comic mediums.